2017 Atlantic Hurricane Season Ends As the Costliest in U.S. History 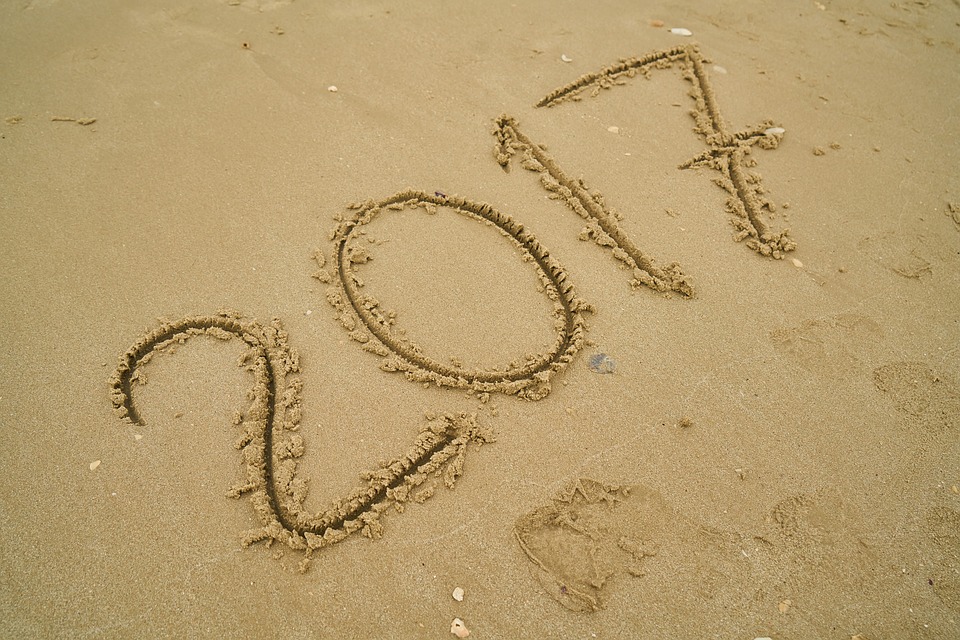 Thanks to Hurricanes Harvey, Irma, Jose, Lee, Maria and Ophelia the 2017 Atlantic Hurricane Season was an active one. All 6 of the storms listed above were considered Major Hurricane (winds sustained at 111mph or higher). The strongest of those was Irma, which had sustained winds of nearly 185mph – unreal! Thanks to @philklotzbach who is a Meteorologist at Colorado State University specializing in Atlantic basin seasonal hurricane forecasts for the information below regarding each of the 17 named storms that the Atlantic Basin had this year.

Note that this was the first time in records that 3 category 3 storms hit the U.S. in a single season and Hurricane Harvey became the first major hurricane to hit the U.S. since 2005.

Here’s more great info from @philklotzbach, which shows how this season has stacked up to average and and against All-Time Records. Note that while 2017 saw 17 named storms, the record was a staggering 28 set in the year 2005! The All-Time Record for number of hurricanes in a season is 15, also set in 2015; this year had 10, which isn’t too far behind. 6 of those hurricanes were major this year, which is only 1 behind the record of 7 set in 1961 & 2005.

One of the stats we’ve heard a lot about this season was ACE or Accumulated Cyclone Energy, especially during the month of September when there was a record ACE of 175 besting the previous of 155 set in 2004.

Rare September Records in the Atlantic

Once again, thanks to @philklotzbach for the information below regarding Septembers amazing run in the Atlantic Basin. There were 5 storms, IRMA, Jose, Katia, Lee and Maria that were all present during the month, all except Katia were major hurricanes, which only missed becoming a major hurricane by 6 kts. The other records are listed below, which include named storm days, hurricane days and major hurricane days; all very impressive records!

The 2017 Atlantic Hurricane Season has been very active so far and incredibly, we still have another 10 weeks until the season officially ends on November 30th! With that said, Harvey, Irma, and now Maria have made this season already very memorable.

Hurricane Harvey will go down as the first major hurricane to make landfall with the U.S. of the 2017 season and the first since Wilma in 2005. Harvey made landfall near Rockport, TX on August 25th with sustained winds of 130mph. While significant wind damages were reported due to strong winds, the storm will be most memorable for the significant amounts of rain it produced in and around Houston, TX with many locations seeing up to 40″. The maximum rainfall reported was 60.58″, which becomes the  record for the highest precipitation total observed with a tropical cyclone in the contiguous United States! Flooding was reported across much of the area, which lead to more than 17,000 water rescues. Hundreds of thousands of homes and businesses were flooded in which the estimated cost of Harvey is between $70 and $200 billion.

Hurricane IRMA was a very large and catastrophic hurricane that became the first category 5 storm reaching a maximum sustained wind speed of 185mph and one of the strongest storms to ever be recorded in the Atlantic Basin.  Irma left a trail of destruction from the Lesser Antilles to the Southeastern U.S., with the worst being found across parts of the Caribbean. Barbuda was one of those islands located in the Leeward Islands, which sustained heavy damage and could literally be seen in the “eye” of Irma. This storm would go on to make landfall in Cuba as a category 5 hurricane and again Florida as a category 4 storm.

Irma set many records; those can be found HERE: (Research done by Phil Klotzbach)

Maria became the 2nd category 5 storm of the 2017 season, which is the first season to have produced two category 5 storms since 2007 another incredible storm of what has been a remarkable season so far. In terms of pressure, Maria was stronger than Irma was and actually recorded to 908mb, which becomes the 10th most intense hurricane on record in the Atlantic Basin. Maria became the first category 5 storm on record to make landfall with Dominica! Severe damage was reported their as it continued on a northwesterly track toward Puerto Rico. One day later it made landfall there as a category 4 storm and became the strongest hurricane to hit the island since the 1928 San Felipe Hurricane. Severe damage was reported their with 100% of the island without power the day after landfall.

The 2017 Atlantic Hurricane Season isn’t over yet and we’ve already sustained severe and significant damage in many areas from the Caribbean Islands to Florida and Texas. Below is a visible satellite image of Barbuda. The tiny island in the Leeward Islands took a direct hit from Irma as a category 5 storm with sustained winds of near 185mph. A local anemometer their measured a wind gust of 155mph before being blown away. Nearly 95% of the structures on Barbuda were either damaged or destroyed by Irma. It will take months and years to potentially and hopefully recover from these storms. For some, life won’t be the same.