Minnesota Is Greening Up Nicely Now

Yesterday I had an opportunity to present weather and climate trends to 3M, which has pledged to source 100 percent of its electricity, worldwide, from renewable sources by 2050. Already, 30 percent of power comes from clean energy. Why are they doing this? It’s the right thing to do, but I suspect they expect an ROI, a return on investment, over time.

I’ve had an electric vehicle for 6 years. I’ve replaced a wiper blade and 4 tires. There’s no need for annual
service, my insurance rate fell, and our electric bill hasn’t gone up. It feels like I’m driving for free. Consumers (and corporations) are discovering that a green strategy can make dollars and sense.

The sun comes out again today; in fact most of us won’t see rain until a showery encounter this weekend. No, it won’t be as magnificent as last weekend, which is going to be tough to beat anytime soon.

Next week looks cooler, with a few rounds of showers, but no mega-storms are brewing anytime soon.

By the way, this time of year it’s appropriate to wear a jacket over your shorts. Why not? 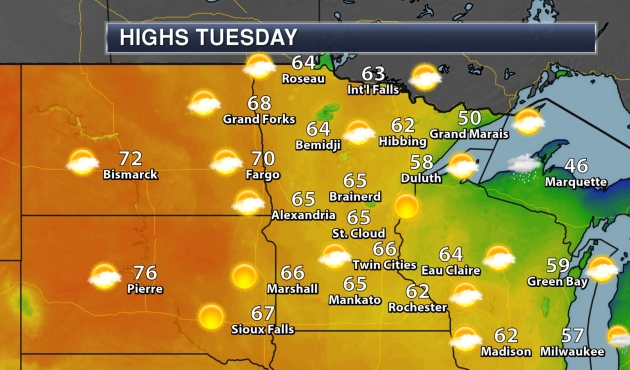 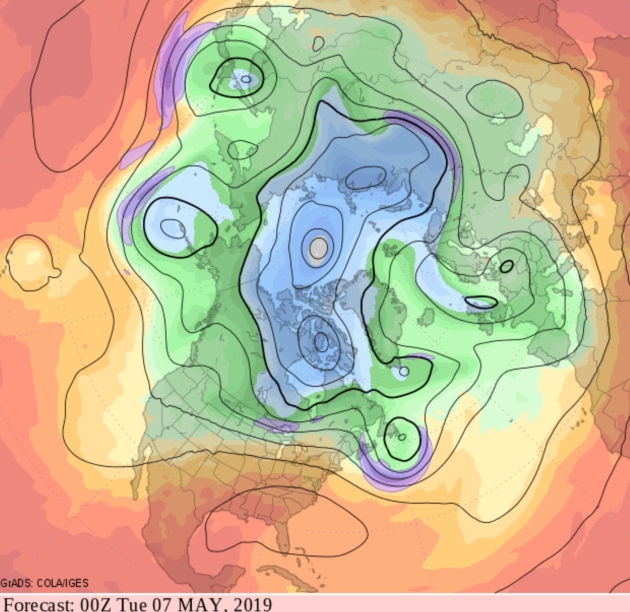 Early May: Heat Builds Across Southeastern USA. An active jet should mean frequent frontal passages for the northern tier of the USA in early May, with a mix of 50s and a few 70s for Minnesota. 80s and even some 90s are posible for the Gulf Coast and Southeast as an early heat-pump high gets established, a sign of summer heat to come. 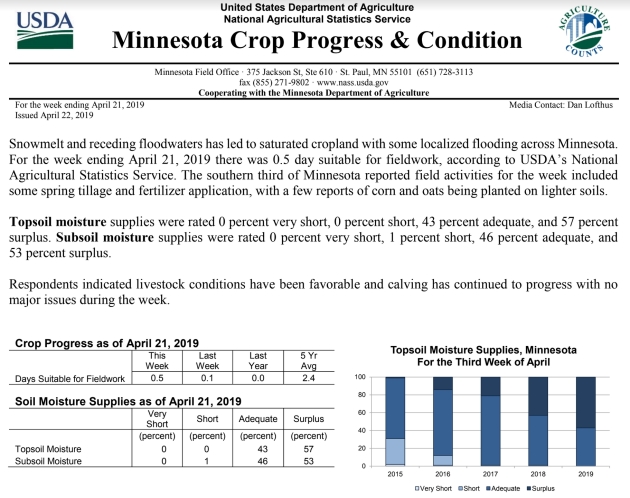 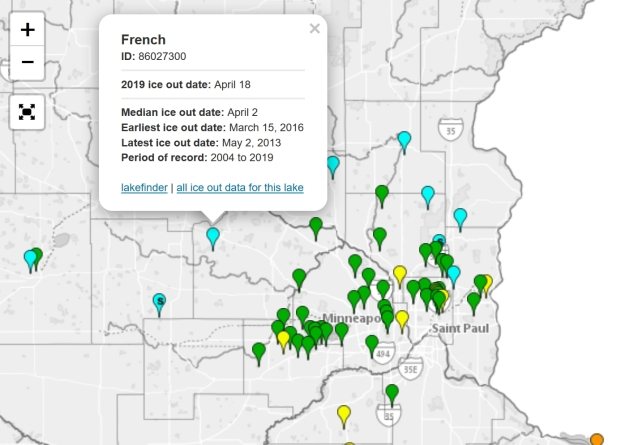 2019 Ice-Out Dates. After a slow start ice is coming off Minnesota lakes in a hurry, according to The Minnesota DNR. So what exactly is ice-out? Great question: “The definition of lake ice out can vary from lake to lake. For the citizen observers reporting data, ice out occurs when the lake is completely free of ice. Or, it may be when it is possible to navigate from point A to point B. Ice out may also be when a lake is 90 percent free of ice. Observers use consistent criteria from year to year when reporting lake ice out dates.” 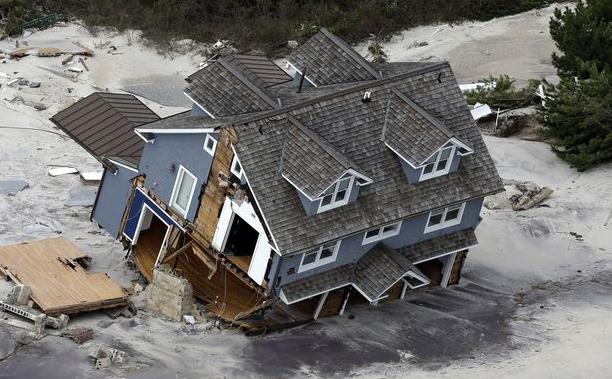 Even After Hurricane Sandy, Many People Wouldn’t Prepare For a Future Storm. Here’s an excerpt from a troubling Popular Science story: “…The small number of people who said that they had plans to make active preparations was surprising, Burger says. She thinks that reluctance might be for two reasons: To people who might have borne the brunt of the storm—with their house flooded and lives upended—the severity might make them think there’s no point in preparing. “It might be frightening, and hard to see how they could prepare other than leaving,” she says. Others may see the storm as a one-time event, and think that there’s no need to think about another. “With an area like New Jersey, people were not prepared that a hurricane could be this severe,” Burger says...”

Michael Upgraded to Category 5 Storm At Time of U.S. Landfall. NOAA has details: “Scientists at NOAA’s National Hurricane Center conducted a detailed post-storm analysis on all the data available for Hurricane Michael and have determined that the storm’s estimated intensity at landfall was 140 knots (160 mph). This final wind intensity is a 5 knot (5 mph) increase over the operational estimate and makes Michael a category 5 storm on the Saffir-Simpson Hurricane Wind Scale at the time of landfall on October 10, 2018, near Mexico Beach and Tyndall Air Force Base, Florida. Michael is the first hurricane to make landfall in the United States as a category 5 since Hurricane Andrew in 1992, and only the fourth on record. The others are the Labor Day Hurricane in 1935 and Hurricane Camille in 1969. Michael is also the strongest hurricane landfall on record in the Florida Panhandle and only the second known category 5 landfall on the northern Gulf coast...”

Second Warmest March on Record, Globally, Since 1880. Details via NOAA NCEI: “The global land and ocean surface temperature departure from average for March 2019 was the second highest for the month of March in the 140-year NOAA global temperature dataset record, which dates back to 1880. The year-to-date temperature was the third warmest January–March on record…” 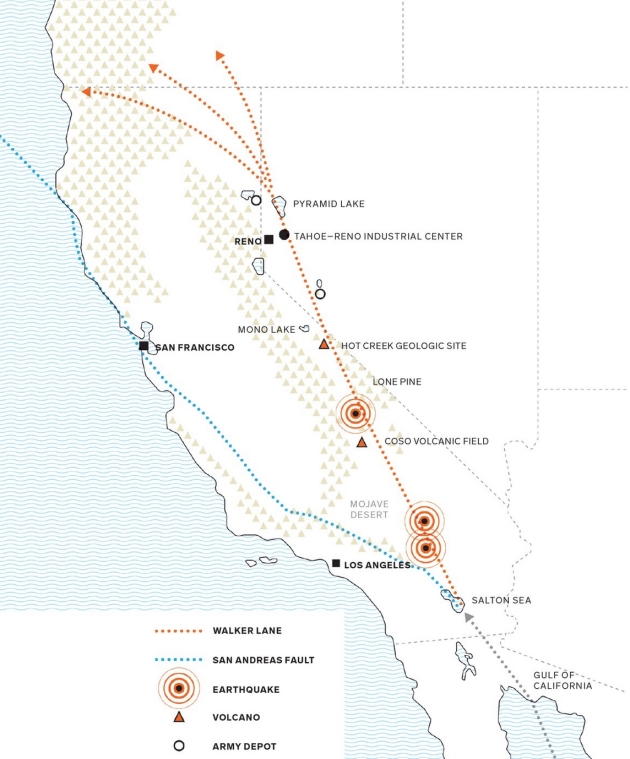 Move Over San Andreas: There’s an Ominous New Fault In Town. WIRED.com has a worthy read: “…The results were astonishing. GPS stations indicated that only about 75 percent of the tectonic movement between the Pacific and North American Plates was actually occurring along the San Andreas Fault. Much of the remaining 25 percent was bypassing the San Andreas and roaring up the Eastern Sierra, toward Reno, along the Walker Lane. For geologists, it was like discovering that a quarter of the Mississippi River is somewhere out in Colorado. “Boy, the GPS data really revolutionized our thinking,” Faulds said. Almost overnight, plate tectonics was no longer something geodesists had to speculate about with fieldwork or maps; it had become something they could watch unfold in real time...”

The World’s Happiest People Have a Beautifully Simple Way to Tackle Loneliness. A story at Quartz offers a way forward in a world of increasing isolation and loneliness: “…While Ventilen has been around for decades, its simple yet novel approach is getting more attention as governments everywhere wake up to the prevalence, and cost, of loneliness. A recent Kaiser Family Foundation study showed that 22% of Americans, 23% of Brits and 9% of Japanese adults said they felt lonely all the time. When the BBC asked 55,000 people about their experiences with loneliness,33% of respondents said they were “often” or “very often” lonely. Among those aged 16-24, the figure was a shocking 40%…” 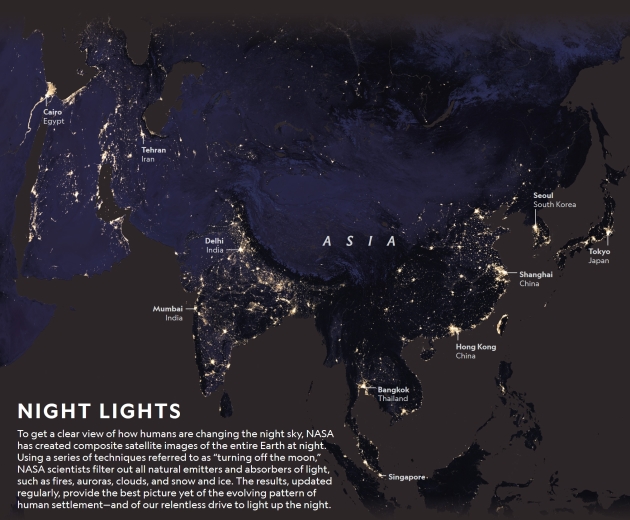 While We Sleep, Our Mind Goes On An Amazing Journey. Here’s an excerpt of a captivating article at National Geographic: “Nearly every night of our lives, we undergo a startling metamorphosis. Our brain profoundly alters its behavior and purpose, dimming our consciousness. For a while, we become almost entirely paralyzed. We can’t even shiver. Our eyes, however, periodically dart about behind closed lids as if seeing, and the tiny muscles in our middle ear, even in silence, move as though hearing. We are sexually stimulated, men and women both, repeatedly. We sometimes believe we can fly. We approach the frontiers of death. We sleep. Around 350 B.C., Aristotle wrote an essay, “On Sleep and Sleeplessness,” wondering just what we were doing and why. For the next 2,300 years no one had a good answer…” 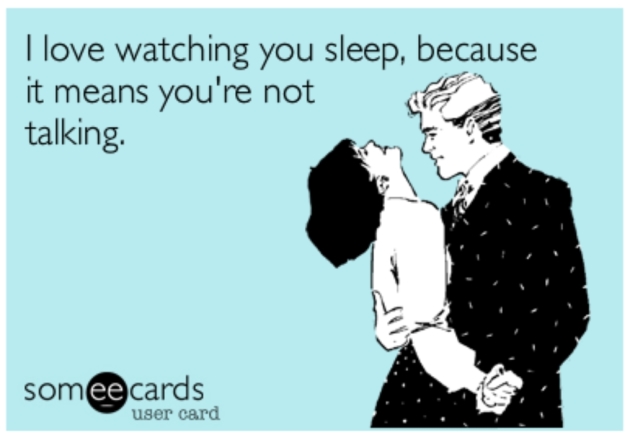 You’re Not Getting Enough Sleep – And It’s Killing You. WIRED.com has a counterpoint to the previous NatGeo link; here’s a clip: “…According to neuroscientist Matthew Walker, I’m doing serious damage to my health—and life—by not sleeping enough. “The decimation of sleep throughout industrialized nations is having a catastrophic impact on our health, our wellness, even the safety and education of our children. It’s a silent sleep loss epidemic. It’s fast becoming one of the greatest challenges we face in the 21st century,” Walker, an expert in sleep at UC Berkeley and author of the best-selling book Why We Sleep, told a rapt TED audience on Thursday...” 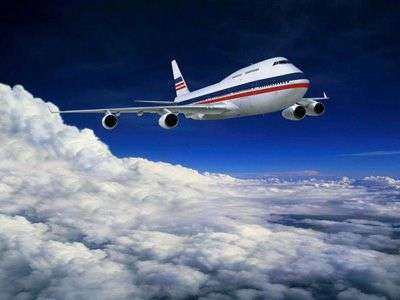 Flight Attendant Association Warns Climate Change is Increasing Dangerous Air Turbulence. I’d like to see more papers on whether this is a fluke or a trend before jumping to conclusions, but a story at TheHill has food for thought: “The leader of a union representing 50,000 flight attendants warned in a column for Vox on Thursday that climate change is increasing in-flight turbulence. In the column, Association of Flight Attendants President Sara Nelson notes that turbulence is caused by air currents shifting, and the most dangerous form, the virtually undetectable clear air turbulence, is projected to more than double by the middle of the 21st century, reaching strengths that could “catapult unbuckled passengers and crew around the aircraft cabin.” Turbulence costs airlines in the U.S. $200 million a year, according to Nelson, and is only part of the fallout climate change is causing in air travel…”

As Oceans Rapidly Warm Because of Climate Change, An Urgent Need to Improve Hurricane Forecasts. Here’s an excerpt of a recent article I wrote for The Washington Post Capital Weather Gang: “…Given high ocean heat content, the hurricane can reintensify during eyewall replacement. This happened with Hurricane Irma five times, and Trenberth believes these same dynamics were witnessed with Florence. This is how storms grow bigger, more intense and longer-lived, fueled by a steady supply of ocean heat. Stating the obvious: For weather forecasters to have any chance of accurately predicting hurricane eyewall replacement cycles, which affects storm size, intensity and severity of the subsequent storm surge, access to reliable temperature data in the upper oceans may be key…”

Study Links Hurricane Maria’s Extreme Rainfall to Climate Change. Daily Beast has details: “New research found that the extreme rainfall that fell on Puerto Rico during Hurricane Maria is connected to climate change. Hurricane Maria produced more rain in Puerto Rico than any of the 129 storms to hit the island in the past 60 years. According to the study, a storm as intense as Maria is nearly five times more likely to form now than during the 1950s, due largely to the effects of human-induced warming. “What we found was that Maria’s magnitude of peak precipitation is much more likely in the climate of 2017 when it happened versus the beginning of the record in 1950,” said David Keellings, a geographer at the University of Alabama in Tuscaloosa and lead author of the study…” 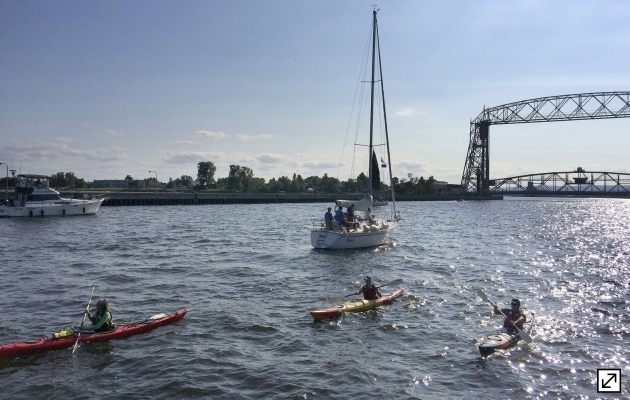 Worried About Global Warming? Chill Out in “Climate-Proof Duluth”. Star Tribune explains: “…Climate projections suggest that, because of geographic factors, the region around Duluth and the Great Lakes will be one of the few places in the U.S. where the effects of climate change may be more easily managed. First, it’s cool to begin with. That means, as temperatures increase, it will remain mild in relative terms. By 2080, even under relatively high concentrations of carbon dioxide emissions, Duluth’s climate is expected to shift to something like that of Toledo, Ohio, with summer highs maxing out in the mid-80s. “We’re not seeing worse heat waves or longer heat waves or more of those long nights that don’t fall below 75 degrees,” Blumenfeld said. “Instead, what we’re seeing is warmer winters, fewer days during winter where we get to negative 30 Fahrenheit…” 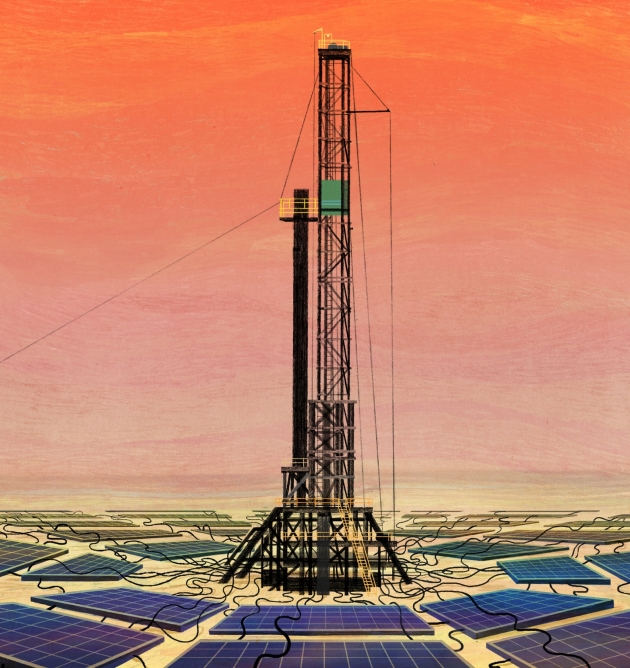 How Big Business is Hedging Against the Apocalypse. If you missed this in a recent New York Times Magazine edition focused on climate change, here’s an excerpt: “…Exxon’s arrangement in Texas reflects, in miniature, our national state of indecision about the best approach to climate change. Depending on whom you ask, climate change doesn’t exist, or is an engineering problem, or requires global mobilization, or could be solved by simply nudging the free market into action. Absent a coherent strategy, opportunists can step in and benefit in wily ways from the shifting landscape. Tax-supported renewables in Texas take coal plants offline, but they also support oil extraction. Technology advances, but not the system underneath. Faced with this volatile and chaotic situation, the system does what it does best: It searches out profits in the short term. Unlike almost every other future event, climate change is 100 percent certain to happen…”