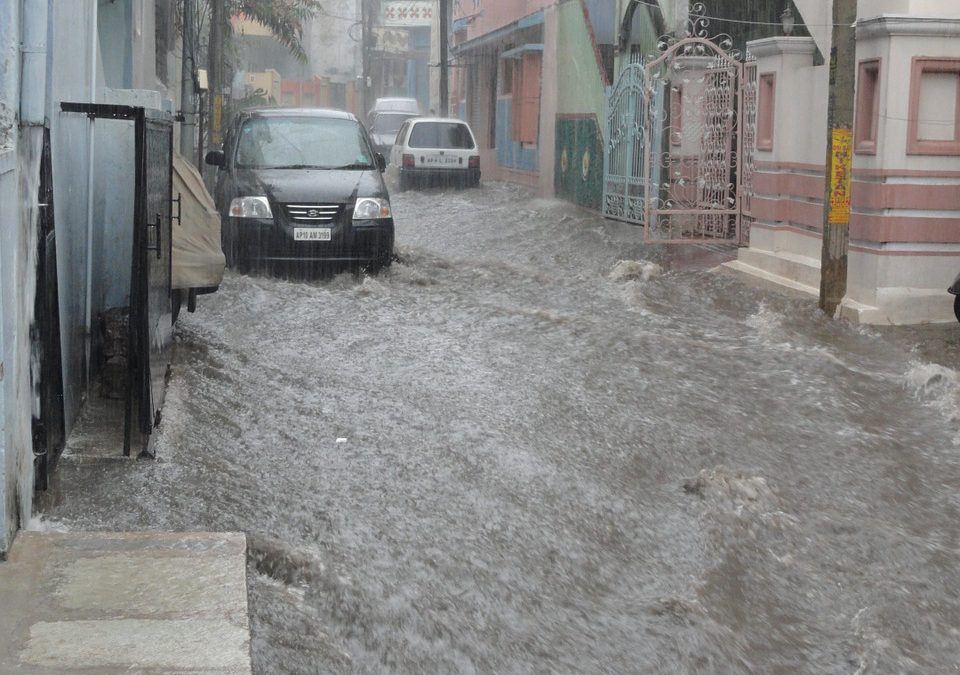 This was the view from Nags Head, North Carolina earlier today as soggy and windy conditions continued to pour in off of the Atlantic. I don’t see much change in the weather anytime soon. Unfortunately, this means heavy rain and flood potential for areas in the Mid-Atlantic region.

Take a look at the radar from earlier Friday, which showed a steady stream of moderate to even heavy rain moving into the coastal communities of North Carolina.

The National Weather Service continues a number of flooding headlines along the Eastern Seaboard as our current storm system continues to roll through the area. I wouldn’t be surprised to see additional flooding headlines issued over the next couple of days… stay tuned!

Here’s the 500mb vorticity map, which shows spin in the atmosphere. Note the “X” or maximum in the southeastern part of the country. This is an area of spin and is helping to whip up showers and storms across the region. As this slowly moves north, several round of showers and storms will help to produce heavy rainfall.

The loop below shows the slow moving storm lifting north through the Mid-Atlantic region through the weekend. Note that the heavy rain begins to fade a bit by late weekend, but lingering showers may hang on through early next week.

According to NOAA’s WPC, the 5 day rainfall forecast suggests nearly 4″ to 6″ possible across part of Virginia and North Carolina through midweek. Keep in mind the heaviest looks to move in with the next couple/few days.

Thanks for checking in and have a great rest of your week/weekend ahead! Don’t forget to follow me on Twitter @TNelsonWX

Check your local weather at www.AerisWeather.com