The water-logged storm system responsible for another 1″ to 2″+ rain across parts of the Lower Mississippi/Tennessee/Ohio Valley will continue tracking northeast towards the northern New England States. Rain mixed with snow and even some shovelable accumulations can’t be ruled out across the far north where temperatures will be cold enough.

As the storm system slides northeast, heavy rain will be possible today from parts of the Mississippi Valley to the Ohio Valley. Unfortunately, due to recent heavy precipitation over the last couple of weeks, any additional heavy rains could lead to more flooding. 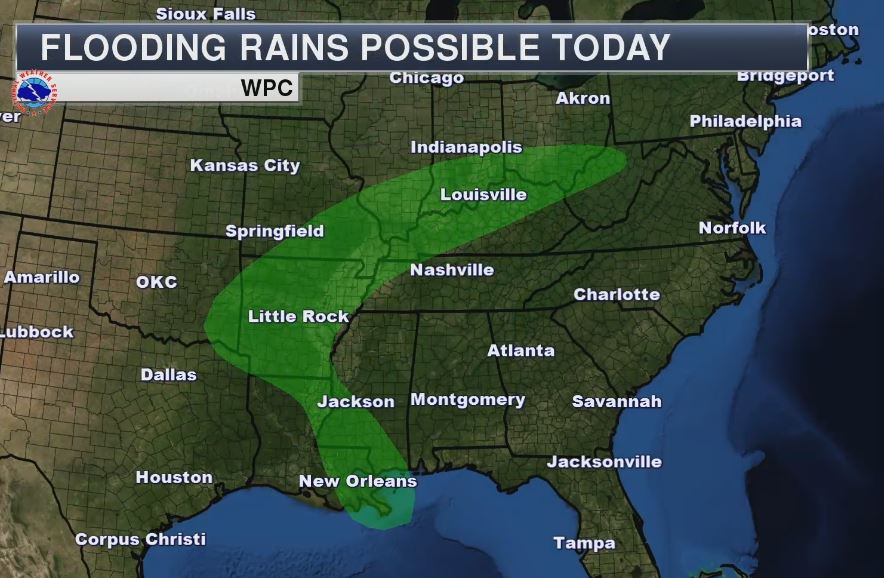 The storm system will also kick out a few strong storms today across the Deep South. A few strong thunderstorms capable of producing gusty winds and an isolated tornado can’t be ruled out. 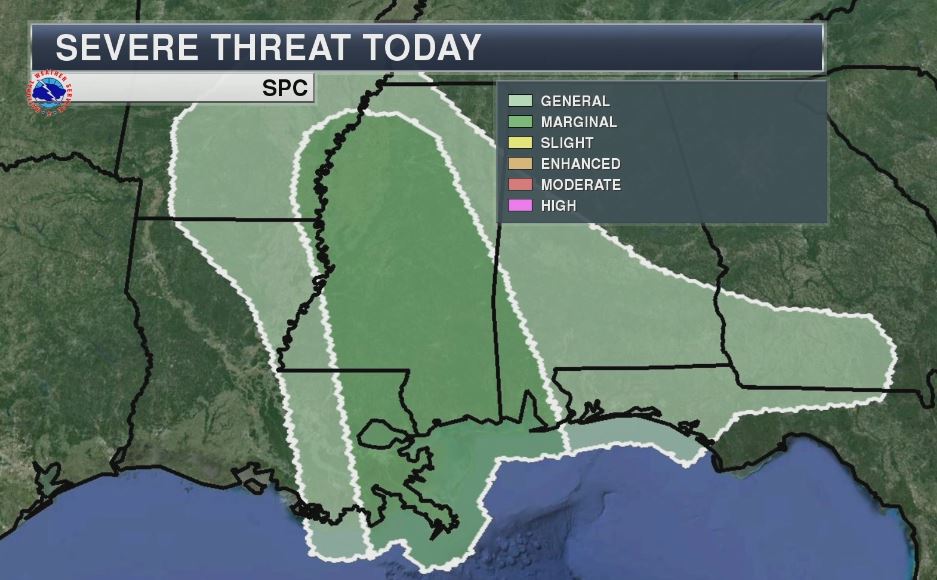 The severe threat shifts east a bit on Saturday with a better chance of gusty winds through parts of the Carolinas and eastern Georgia. 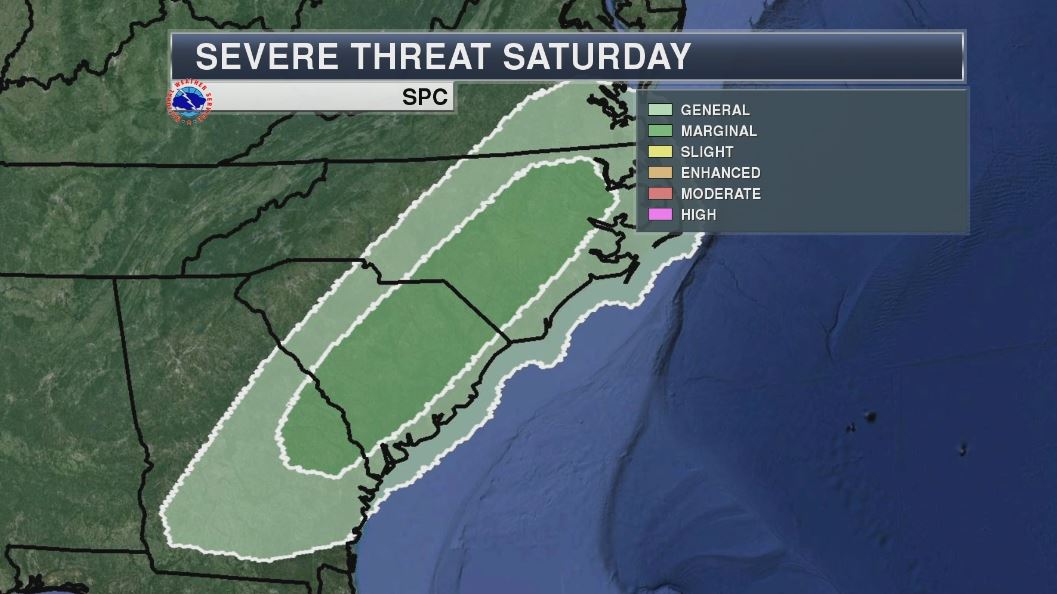 Latest forecasts suggets nearly 6″+ possible for parts of the Northeast through midday Sunday! Note that Boston looks to get missed out by this. They are still only 2″ away from the snowiest winter in recorded history with 105.7″ currently; 107.6″ is the record set in 1995-96. 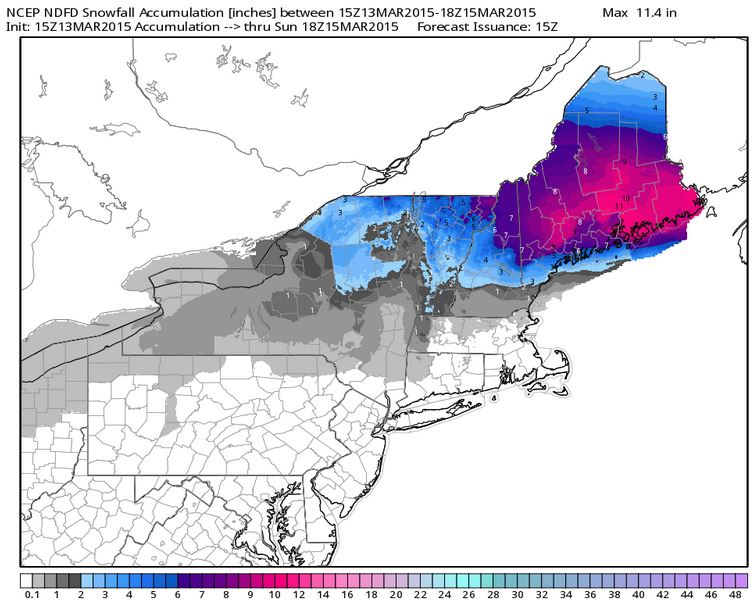 Record Heat in the Southwest

It’s going to be hot is sunny south California! Take a look at the extended forecast for Los Angeles! 90s?? WHEW! 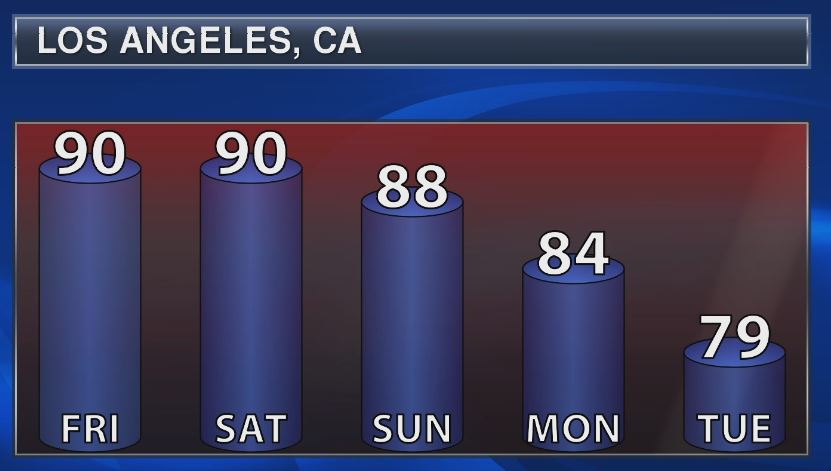 Record highs for Downtown Los Angeles are as follows, which definitely look to be threatened through Sunday! 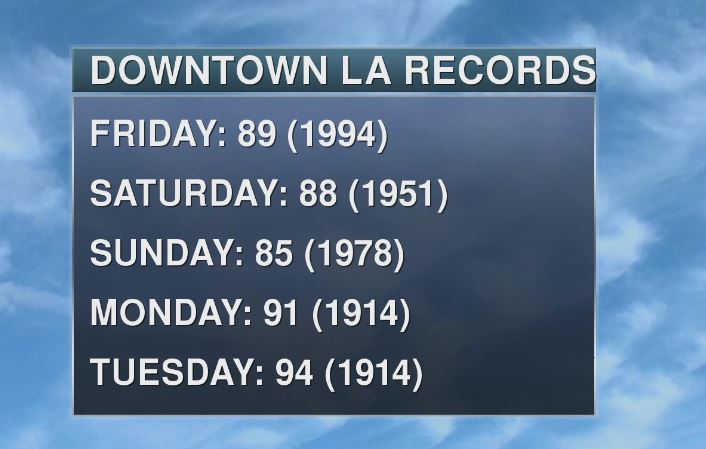 Interestingly, the Los Angeles Marathon is this Sunday! Due to very warm temperatures in the forecast on Sunday, the marathon has been bumped up to an earlier start time to help with the heat. However, look at how warm it could be by noon (79F)! 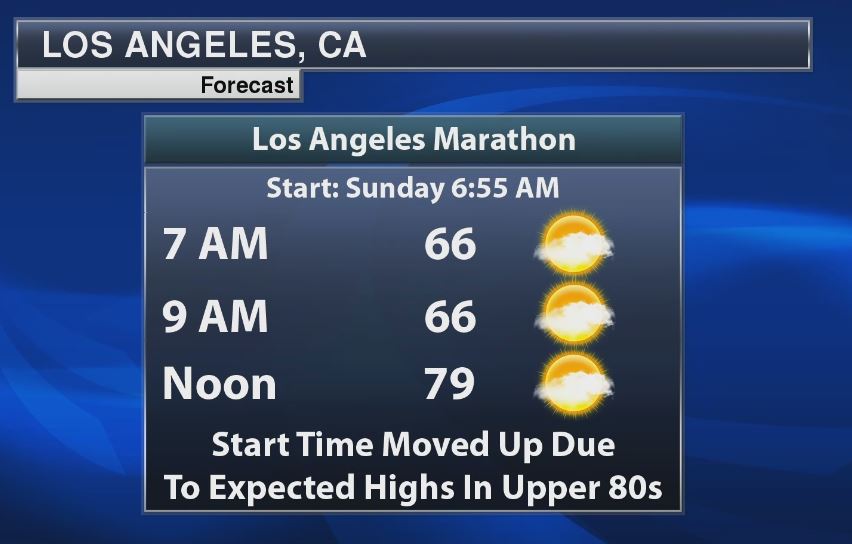 Nightmare in the South Pacfic

YIKES! Take a look at this beast in the South Pacific. This was Cyclone Pam from early Thursday as it was blasting Vanuatu. Note the incredible eye structure as it drifts south!

Active in the South Pacific

Take a look at all the clockwise swirls in the South Pacific Regoin. As of Thursday, there were 4 named storms: Olywyn, Nathan, Bavi and the strongest Pam!

Thanks for checking in and have a great weekend ahead! Don’t forget to follow me on Twitter @TNelsonWX