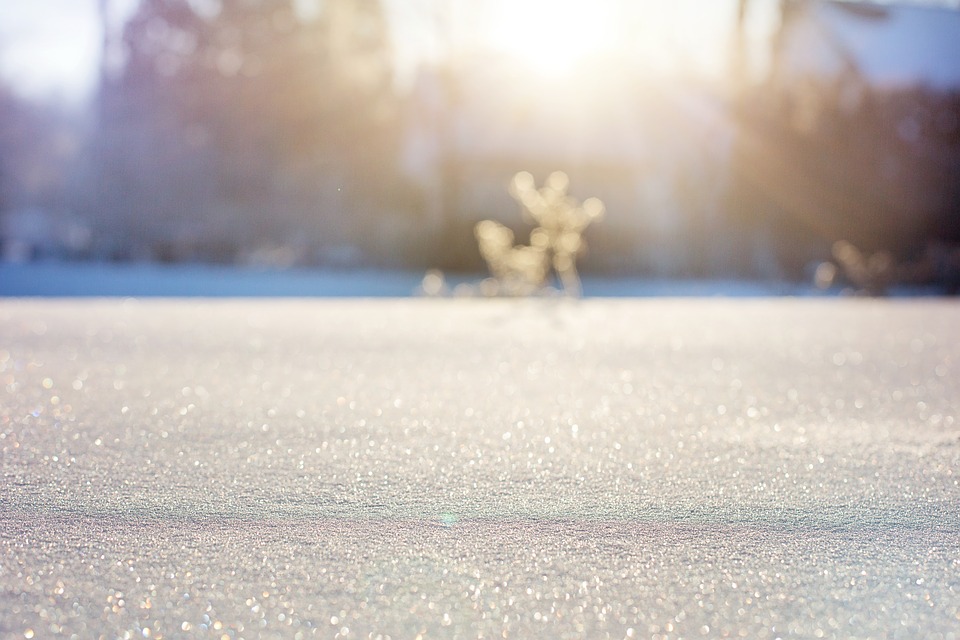 Thanks to @DENAirport for the picture below as crews were clearing snow the from runway this earlier morning. A fairly vigorous are of low pressure has moved from the Western U.S. to the Central U.S. and will intensify quickly through the day. More snow, strong winds and severe weather will be possible as the storm lifts northeast toward the Great Lakes by Thursday.

Take a look at all the snow and wind concerns across the nation! To be honest, I haven’t see a weather map this busy in a while. From blizzard-like conditions, to strong winds and severe weather, it’ll be a fairly busy over the through the end of the week as the storm system plows east.

* TIMING…SNOWFALL WILL CONTINUE THIS MORNING AND THEN GRADUALLY
DECREASE BY MIDDAY. THE WORSE CONDITIONS WILL BE FOUND SOUTH OF
INTERSTATE 76.

* WIND/VISIBILITY…NORTH TO NORTHWEST WINDS OF 20 TO 35 MPH
WITH GUSTS TO 50 MPH. VISIBILITIES WILL BE REDUCED TO NEAR
ZERO AT TIMES DUE TO SNOW AND BLOWING SNOW.

* IMPACTS…SNOW AND BLOWING SNOW WILL PRODUCE SNOWPACKED AND
SLICK ROADWAYS ALONG WITH RESTRICTED VISIBILITIES. IN ADDITION
TO DIFFICULT TRAVEL CONDITIONS…POWER OUTAGES WILL BE POSSIBLE.

* TIMING…LATE MORNING THROUGH THE EVENING HOURS. THE STRONGEST
WINDS ARE EXPECTED BETWEEN 11 AM AND 7 PM.

* WINDS…SOUTHWEST TO WEST WINDS WILL INCREASE WITH GUSTS OF 35
TO 45 MPH BY LATE MORNING. A COLD FRONT WILL SHIFT THESE
STRONG WINDS TO OUT OF THE NORTHWEST BY MID-AFTERNOON…WITH
GUSTS OF 50 TO 60 MPH.

Watch the storm lift northeast toward the Great Lakes through the end of the week. Note how tightly packed the isobars (black lines) are, which means winds will be quite strong for many. Several areas across the Central U.S. could see wind gusts to 45mph to 60mph+ over the next couple of days. The leading edge of the cold front will be responsible for strong to severe thunderstorm potential PM Wednesday/AM Thursday. As the storm moves north into Canada, snow will funnel in behind it through the Great Lakes.

According to NOAA’s SPC, there is an ENHANCED RISK of severe weather today across parts of the Central U.S. and a larger area of SLIGHT RISK that extends to eastern portions of Texas. Within these areas, large hail, damaging winds and isolated tornadoes can’t be ruled out.

According to NOAA’s SPC, there is a slight risk (5%) of a tornado within the brighter yellow region below for parts of southern Iowa, northern Missouri  and western Illinois.

According to NOAA’s WPC, the 2 day precipitation outlook suggests some of the heaviest precipitation associated with this particular storm across parts of the Midwest with nearly 1″ to 2″+ rainfall tallies possible through 7am Friday.

Here’s a look at the snow potential through 6pm Friday. While the snow wrap up mainly today across parts of the Central Plains, it won’t really start going across the Upper Midwest/Western Great Lakes until PM Thursday/Friday. Note that some areas in far northern portions of Minnesota, Wisconsin and the western portions of the U.P. of Michigan could see nearly 3″ to 6″, which would certainly be enough to coat the ground in a fresh blanket of white!

Check you latest forecast at AerisWeather.com