Southern Snow Breaking Records – But Is A Warm Up Coming? 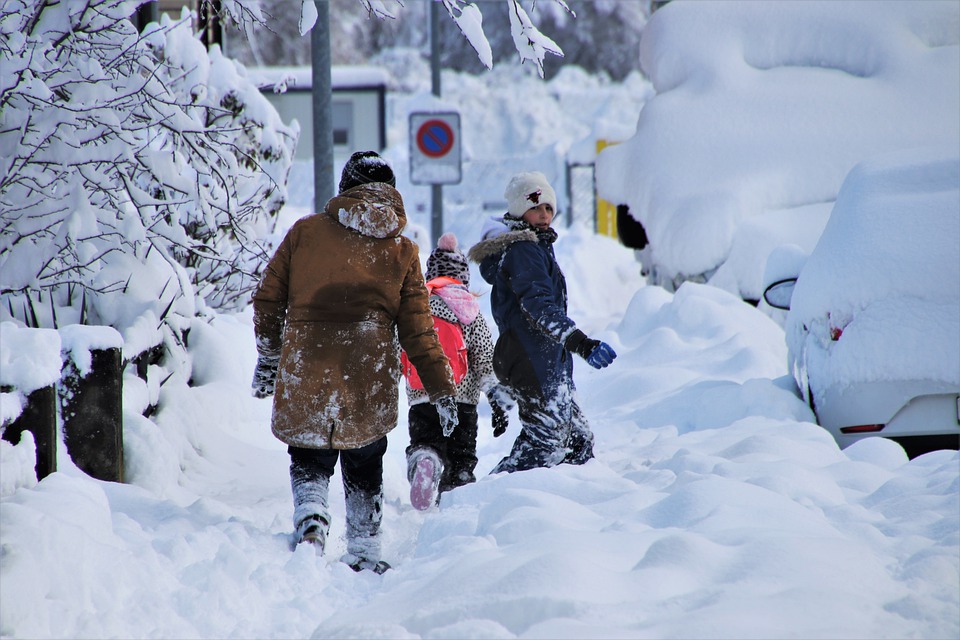 The snow has departed the Huntsville, AL, area overnight, leaving them and other areas of the south looking like a winter wonderland – just a few days before the start of meteorological Spring on March 1st!

Huntsville officially saw 8.1″ of snow Wednesday, making it their snowiest day in February history! This was also the second highest daily total in Huntsville recorded history – the most was back on December 31, 1963, when 15.7″ fell.

Meanwhile, yesterdays snow helps bring the monthly total up to 8.7″ for Huntsville, making it the snowiest February in recorded history! The previous record was 8.0″ set back in both 1895 and 1958. The 8.7″ Huntsville has seen so far this month is also their total for this winter – and would rank as the ninth snowiest season on record.

A large swath of snow fell over the past 36 hours all the way from Texas to Virginia. The map above only shows totals that were six inches or greater reported to local National Weather Service offices.

There was a large cluster of six inch or more totals in northern Alabama, north of Birmingham and Anniston. Some of these places picked up over a foot of snow – something quite unusual for this part of the nation!

Here were some of the highest snow totals across northern Alabama – where places with Guin and Hamilton picked up at least a foot of snow!

Over in Mississippi, the top end snow totals were a little less – 10″ in both Furrs and Tremont – but still impressive for this portion of the nation!

According to NOAA, 51.1% of the nation has snow on the ground as of early this morning. The only state in the lower 48 that does not have snow somewhere on the ground is Florida. That snow cover extends all the way down to almost Jackson, MS, Birmingham, AL, and Atlanta, GA!

We’ll see a pattern change over the next few days across the United States, with a ridge building over the Gulf of Mexico, helping to bring warmer weather back to the Southeast and potentially quickly melt some of that snow.

[National Forecast Highs Over The Next Few Days]

The cooler weather, though, will stick around through the weekend in the Atlanta area, with highs only in the 40s through Sunday before that quick warm up occurs. Upper 60s are possible by next Wednesday

While we won’t be worrying about snow on Sunday, there is the chance of showers as well as cool temperatures for the Sprint Cup Series NASCAR race at Atlanta Motor Speedway. We’ll have to see if the we can get the race in Sunday afternoon.

Meanwhile, further west, we will be watching as we head into Friday and the weekend the potential of some snow from Denver to northern Texas – with some freezing rain possible for Oklahoma City and Dallas. The Sierra Nevada could also pick up on some snow heading into the weekend – which would be some good news for the state of California, where at least nine ski resorts are closed right now due to a lack of snow.

Here is a map of snow totals for the western U.S. over the next three days. While some areas of the Rockies will pick up on feet of snow, the Sierra Nevadas may be lucky to pick up a foot.