” ‘It snuck up on us’: Scientists stunned by ‘city-killer’ asteroid that just missed Earth”
“Alan Duffy was confused. On Thursday, the astronomer’s phone was suddenly flooded with calls from reporters wanting to know about a large asteroid that had just whizzed past Earth, and he couldn’t figure out “why everyone was so alarmed.” “I thought everyone was getting worried about something we knew was coming,” Duffy, who is lead scientist at the Royal Institution of Australia, told The Washington Post. Forecasts had already predicted that a couple of asteroids would be passing relatively close to Earth this week. Then, he looked up the details of the hunk of space rock named Asteroid 2019 OK. “I was stunned,” he said. “This was a true shock.” This asteroid wasn’t one that scientists had been tracking, and it had seemingly appeared from “out of nowhere,” Michael Brown, a Melbourne-based observational astronomer, told The Washington Post. According to data from NASA, the craggy rock was large, an estimated 57 to 130 meters wide (187 to 427 feet), and moving fast along a path that brought it within about 73,000 kilometers (45,000 miles) of Earth. That’s less than one-fifth of the distance to the moon and what Duffy considers “uncomfortably close.”
See more from Washington Post HERE: 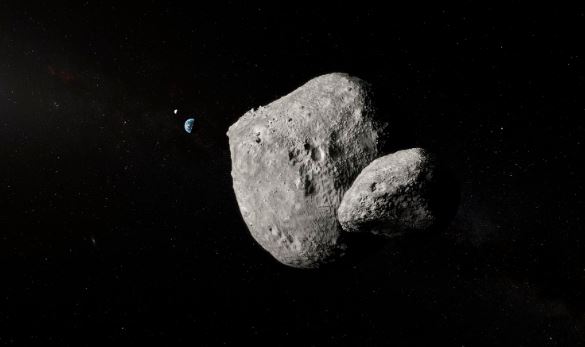 “On the southern outskirts of Paris, a cemetery holds the bodies of the city’s unclaimed dead. Until recently, there lay a hundred whom some consider to be the first victims of global climate change. They were mostly elderly and poor, the forgotten people of the worst weather disaster in contemporary European history: the heat wave of August 2003, which killed nearly 15,000 in France alone and thousands more across the continent. Experts have predicted that a changing climate will bring more frequent, longer-lasting and more intense heat waves to Europe — a prediction that appears to be coming true rapidly. Less than a month after western Europe suffered a brutal heat wave, France, Britain, Belgium and the Netherlands again face suffocating temperatures, all in countries where few homes are air-conditioned. Highs of almost 109 in Paris and 98 in London on Thursday broke records in those cities. This is also the fifth successive summer of extreme heat in France. A significant risk of extreme heat becoming a regular part of summer is that it will make high numbers of heat-related deaths seem normal, too, rather than something that requires redoubled attention. Most of these deaths are preventable, even if the climate change contributing to them has no ready remedy. Since 2015, France has recorded between 500 and 3,500 excess deaths from extreme heat each summer; complacency about thousands of deaths ignores the warnings they send about climate. Even the obsolete methods used to calculate death rates pose a risk of minimizing the threat, and consequently the response to it.” 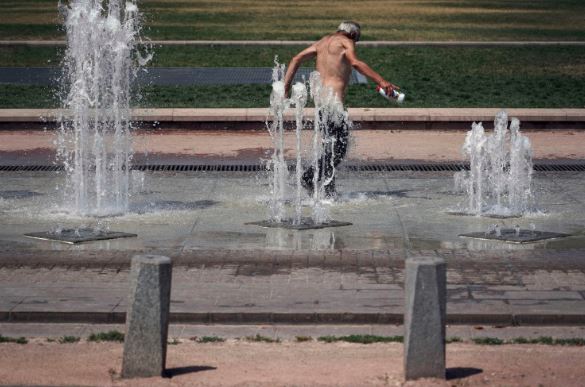 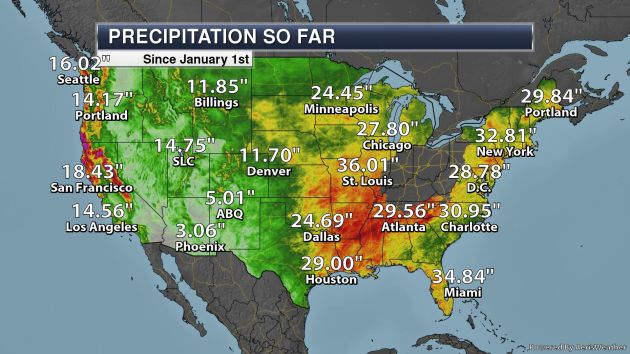 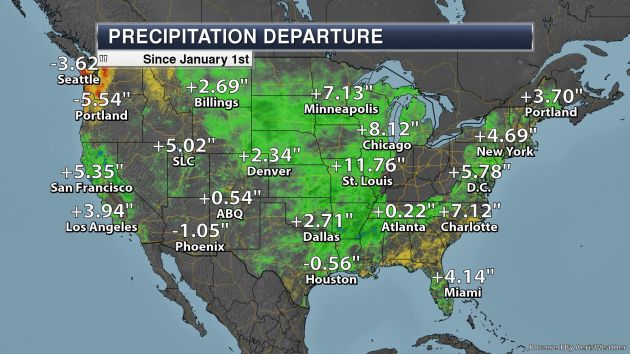 According to NOAA’s NHC, Tropical Storm Erick has developed in the Eastern Pacfic and could potentially reach hurricane status by early next week. The extended forecast has this storm drifting west toward the Hawiian Islands by the end of next week/weekend ahead, but may lose some steam at that point. Meanwhile, there is another wave of energy east of Erick that has a high probability of tropical formation over the next 5 days and could become Flossie soon. Stay tuned. 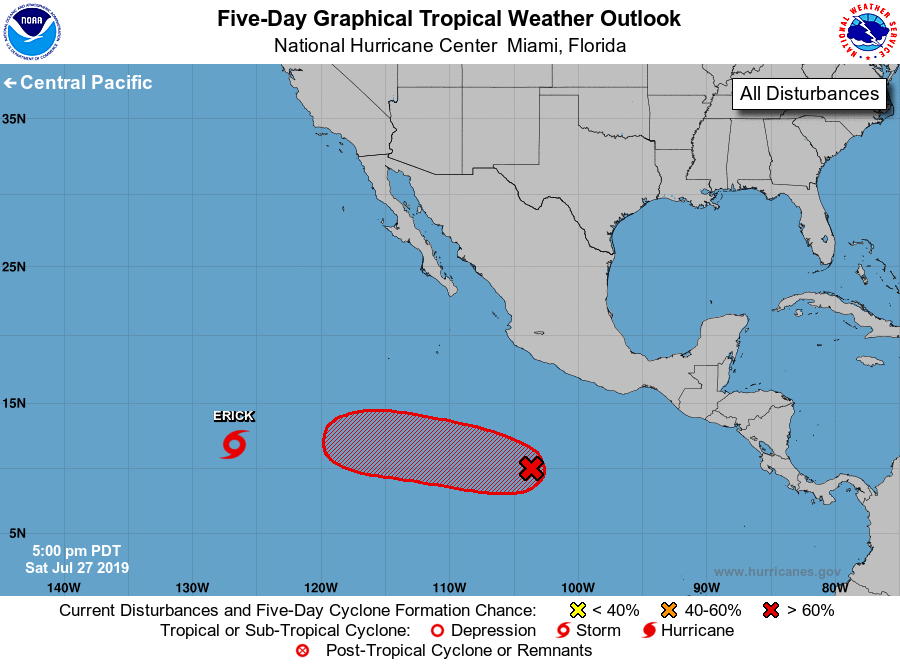 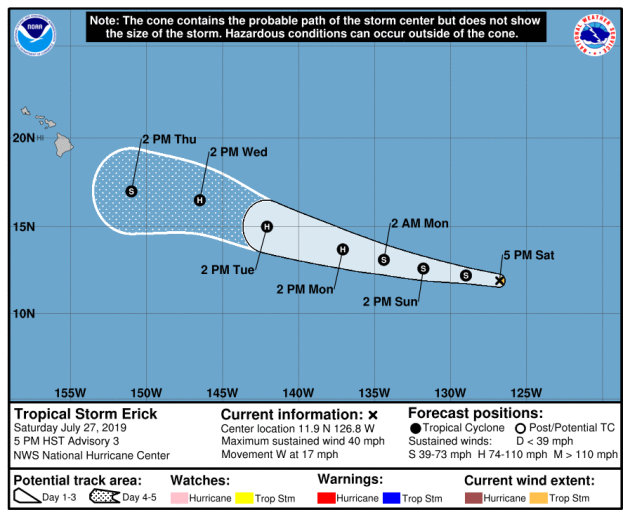 “This week presents the nominal peak of the Delta Aquariid meteor shower. That supposed peak comes during the predawn hours on or near July 28, 2019. Should you set your alarm and get up to watch the shower? Maybe. However, the Delta Aquariids are a long, rambling shower, stretching out out for weeks beyond their nominal peak. Because the peak itself isn’t very definite, the shower might be even better at the month’s end, around the time of new moon (August 1, 2019, at 3:12 UTC). With no moon at all in late July/early August 2019, this could be the best time to watch for these rather faint meteors. You may see as many as 10 to 15 meteors per hour in a dark sky. On the other hand, if you do get up early on July 27 or 28, you can see the waning crescent moon moving through Taurus. And you might catch some Delta Aquarids as well.” 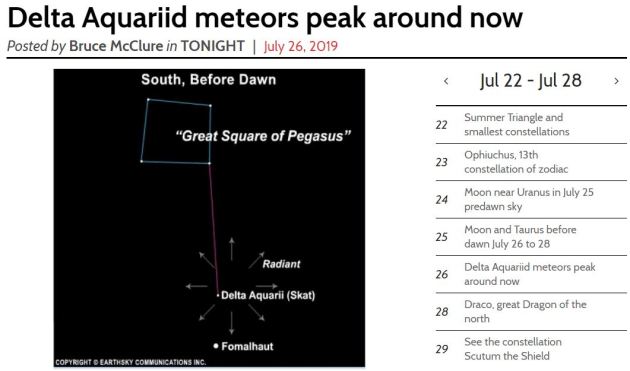 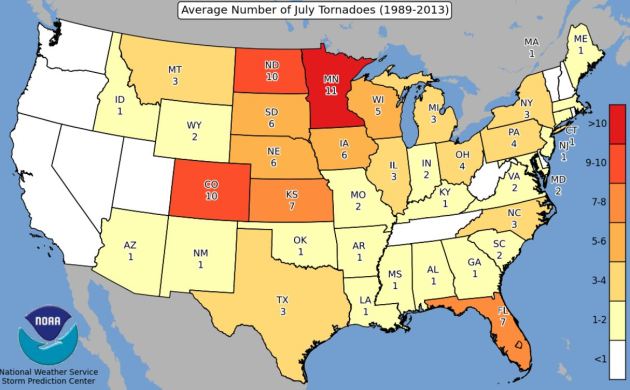 Here’s a look at how many tornadoes there have been across the country so far this year. The preliminary count through July 25th suggests that there have been a total of 1,342 which is above the 2005-2015 short term average of 1091. Interestingly, this has been the busiest tornado season since 2011, when nearly 1,664 tornadoes were reported. 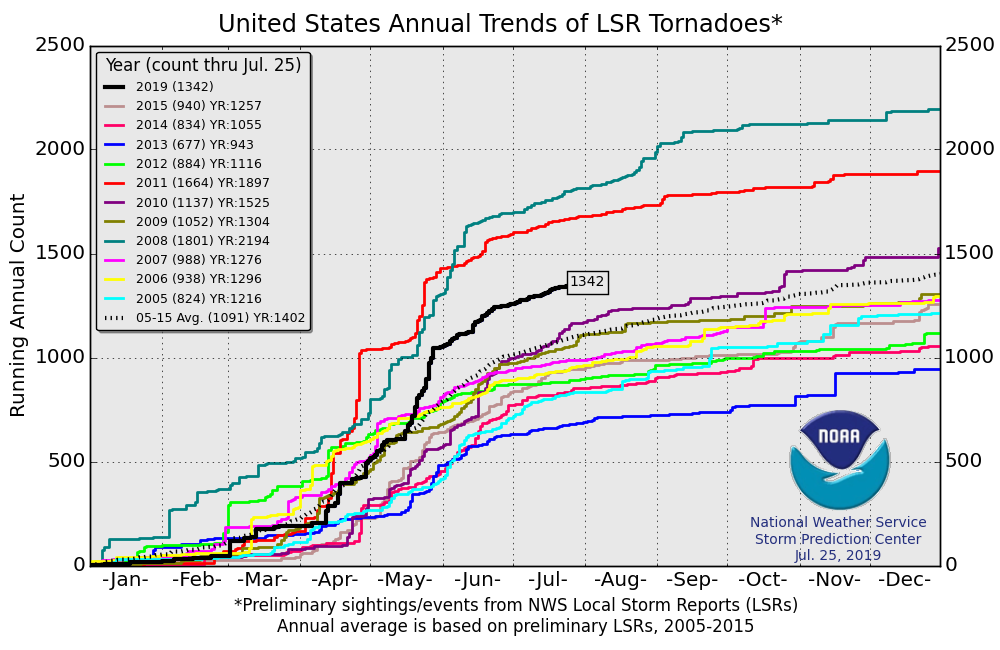 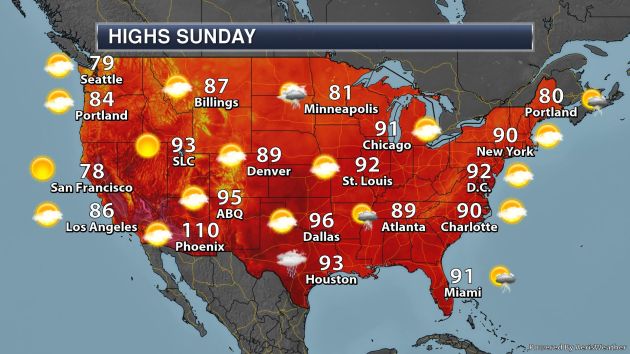 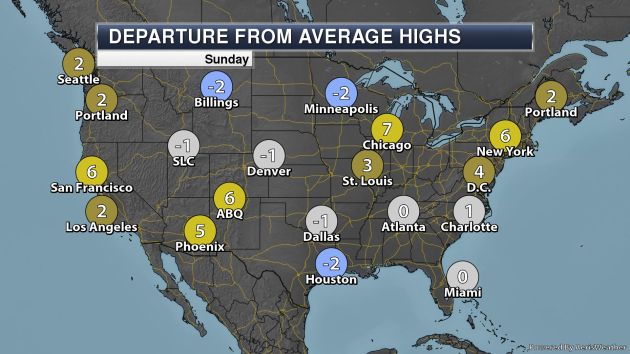 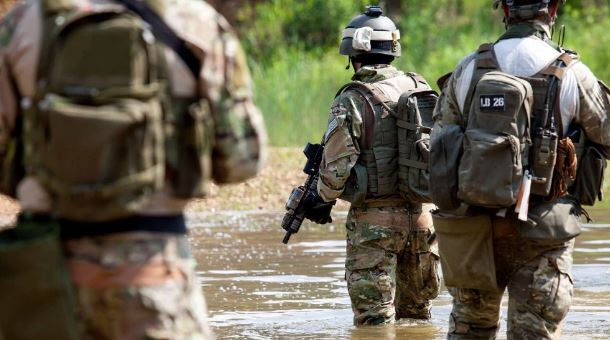 “NASA’s DC-8 flying laboratory took to the skies on Monday to kick off a two-month investigation into the life cycles of smoke from fires in the United States. The goal is to better understand smoke impact on weather and climate and provide information that will lead to improved air quality forecasting. A joint campaign led by NASA and the National Oceanic and Atmospheric Administration (NOAA), Fire Influence on Regional to Global Environments and Air Quality (FIREX-AQ) is targeting broad questions about the chemical and physical properties of fire smoke, how it is measured and how it changes from the moment of combustion to its final fate hundreds or thousands of miles downwind. All of these have implications for public health. “Ultimately, our goal is to better understand complex smoke-atmosphere interactions to improve the models for air quality forecasts, leading to increased accuracy and earlier notification, which are critical for communities downwind of fires,” said FIREX-AQ co-investigator Barry Lefer, tropospheric composition program manager at NASA Headquarters in Washington. “That common purpose is what brought our agencies together several years ago when we started planning for this major effort.” “We’ve pulled together an outstanding team of scientists who will be using the most sophisticated suite of instruments and models ever assembled to examine the nature of fires and smoke,” said David Fahey, director of NOAA’s Chemical Sciences Division. “Our long partnership with NASA has taken us literally around the planet and produced too many major scientific discoveries to count. I expect this will be no different.” 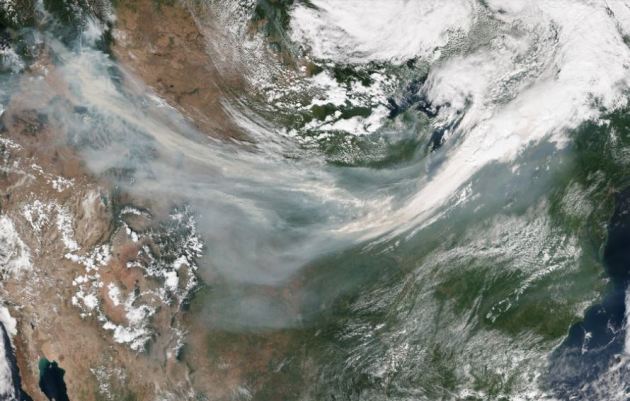 “Warm the Antarctic, and southern Florida drowns. And as West Antarctica melts, its famous peninsula becomes an island. These calamities are, for now, safely contained in a web-based simulation just released to the public. You can take charge of the controls – ice melt caused by a warming ocean, snowfall, temperature, friction – and get a feel for how a warming world could diminish the frozen continent and raise sea levels over the coming century. But the newest simulation from scientists at NASA’s Jet Propulsion Laboratory isn’t just an entertaining toy. It’s fed by real data from the powerful Ice Sheet System Model, or ISSM – the same computer model scientists use to try to predict how quickly polar ice will melt, as well as where, and when, rising seas will inundate shorelines. The sliding control features of the simulation – more or less ice melt, higher or lower snowfall – track some of the same changes researchers must grapple with as they try to project real-world effects into the future. It’s meant, in part, to give all of us a more detailed picture not only of the possible changes to come, but of just where the uncertainties lie. “There are pretty large uncertainties in specific, key parameters needed to even run an ice sheet model,” said JPL Earth scientist Nicole-Jeanne Schlegel, lead author of a recent paper that tries to better define these areas of uncertainty. At the same time, the paper attempts to show both the worst-case scenarios and less extreme but more likely outcomes – which still would have profound effects on Antarctica and distant shorelines.” 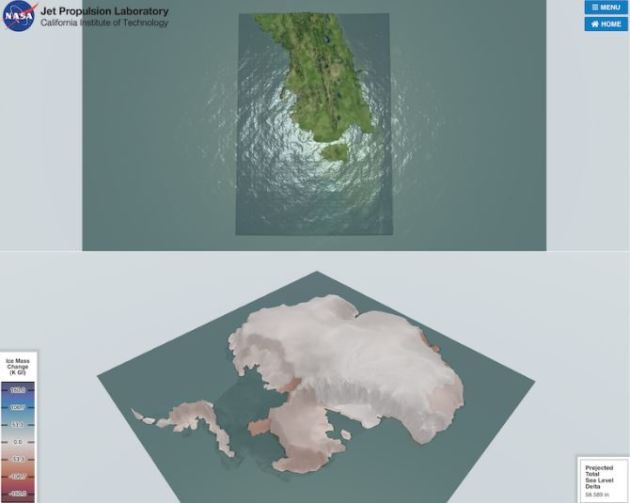 “Could Wooden Buidlings be a Solution to Climate Change?”
“I’m standing in a seemingly ordinary construction site of an unremarkable office block in east London. The seven-storey building is about two-thirds complete – the basic structure and staircases are in place, with plastering and wiring just beginning. But as I walk around, something different slowly reveals itself. The construction site is quiet and clean – it even smells good. And there’s an awful lot of wood. Building sites typically feature wood as the mould to pour the concrete into. But here, the wood is the concrete. “Because a timber building weighs 20% of a concrete building, the gravitational load is vastly reduced,” enthuses Andrew Waugh, the architect, who shows me around. “That means we need minimal foundations, we don’t need massive amounts of concrete in the ground. We have a timber core, timber walls and timber floor slabs – so we reduce the amount of steel down to a bare minimum.” Steel is typically used to form the main internal supports or to reinforce concrete in most large modern buildings. In this wooden building, however, there are relatively few steel sections. Those that remain are bolted together like a Meccano set, to be easily taken apart at the end of (or during) the building’s life. “If you wanted to put a staircase right here,” says Waugh, pointing to the ceiling, “you unscrew that [steel] beam there, get a chainsaw and cut a hole in the timber [floor].”
See more from BBC HERE: 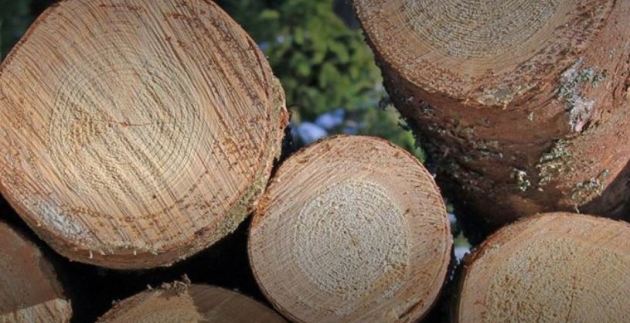 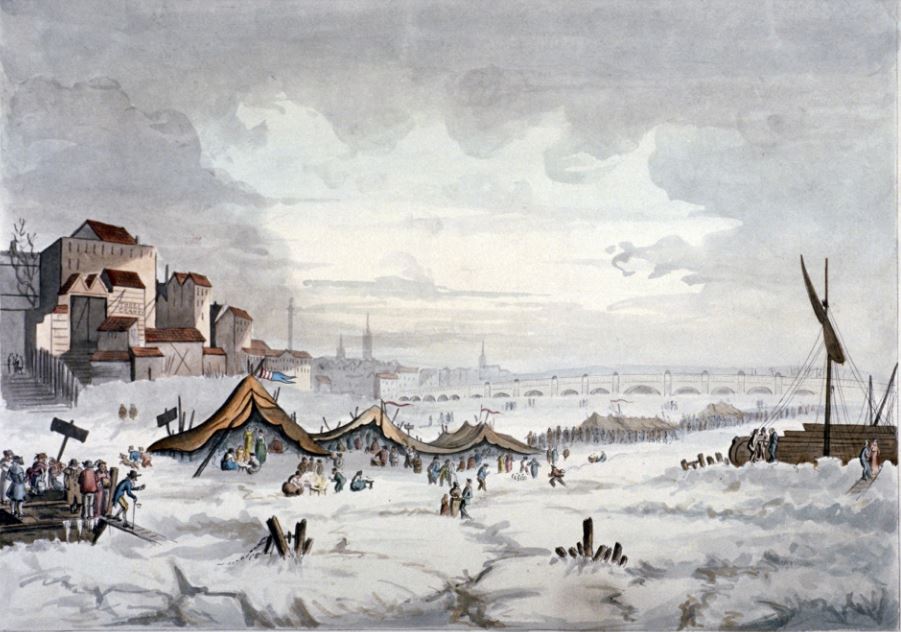 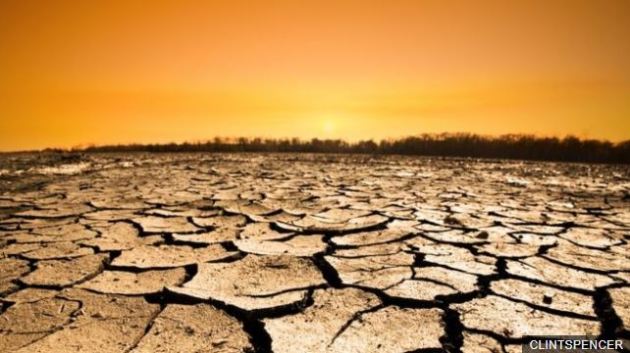 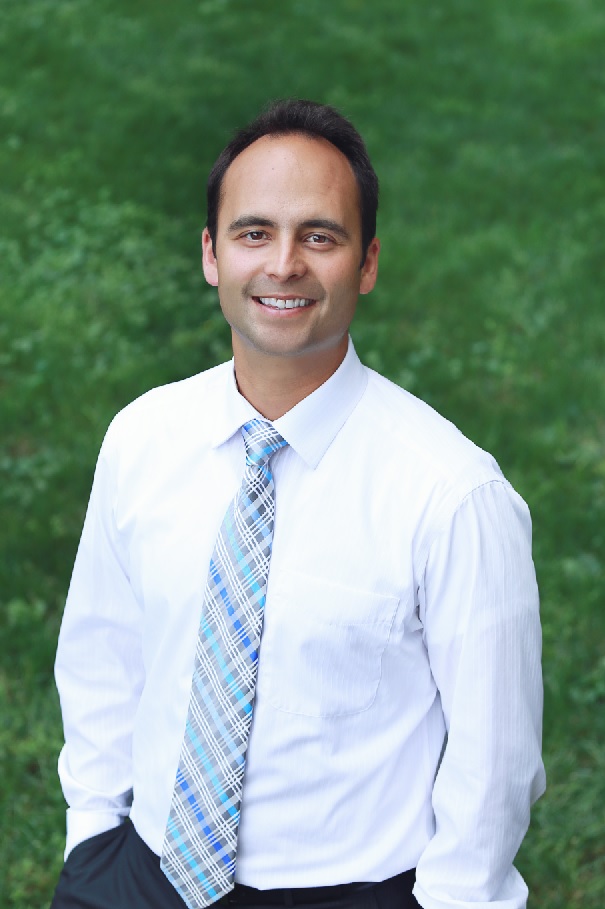