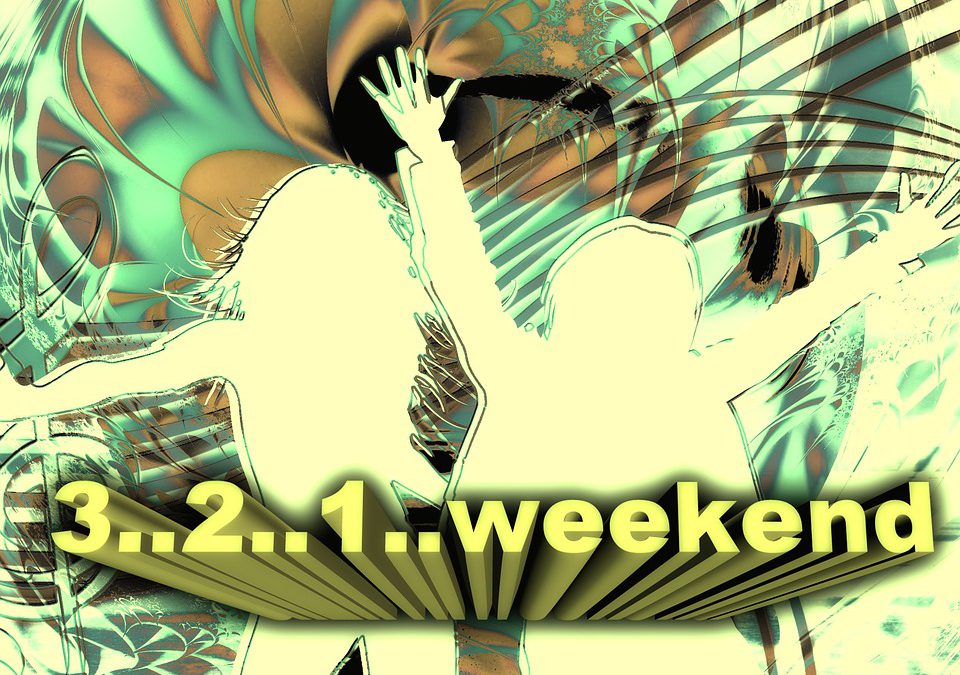 Weather conditions in the western part of the country have been quiet active as a late thanks to a steady stream of Pacific moisture pumping into the area. The loop below shows the current system impacting the Western U.S. with heavy rain and snow, while the next system is quickly approaching. Note the yellow blob with a slight counterclockwise spin on the left part of the screen moving east, a piece of this will likely become our weekend storm system that will likely bring snow to parts of the Midwest and strong to possibly strong/severe storms and heavy rain to the Southern U.S..

The weather loop below shows the developing storm system as it begins to make its way into the Central/Southern Plains by Friday morning. The intensification process will then begin with thunderstorms, heavy rain and snow developing Saturday through Sunday in the Central U.S.

As the storm system moves into the Central U.S., a whole host of precipitation types will be possible. From heavy rain and thunderstorms to mixed precipitation and snow, this system will likely cause a few travel concerns this weekend.

Interestingly, the Storm Prediction Center has highlighted a strong/severe risk area for Saturday across parts of the Southern U.S.

…DISCUSSION…
DAY 4/SAT/…THE 00Z ECMWF/GFS/UKMET ARE IN FAIRLY GOOD AGREEMENT
WITH THE PROGRESSION OF THE D3 /FOUR CORNERS/NORTHWEST MEXICO/
TROUGH AS IT UNDERGOES FURTHER DEEPENING ON SATURDAY…AS IT MOVES
TOWARD THE CENTRAL/SOUTHERN HIGH PLAINS. EACH MODEL CONTINUES TO
AGREE WITH THE TIMING OF A LOWER-AMPLITUDE SUB-TROPICAL SHORTWAVE
TROUGH FORECAST TO MOVE NORTHEAST FROM THE LOWER RIO GRANDE VALLEY
TO EAST TX AND THE ARKLATEX SATURDAY AFTERNOON. FORCING FOR ASCENT
WITH THIS LATTER FEATURE WILL SPREAD ACROSS A MOISTENING AND
DESTABILIZING WARM SECTOR IN THE EASTERN HALF OF THE SOUTHERN PLAINS
TO THE ARKLATEX REGION. SOME BACKING/STRENGTHENING OF LOW-LEVEL
WINDS BENEATH INCREASING SWLY MIDLEVEL WINDS WILL PROVE FAVORABLE
FOR SUPERCELLS AND EVENTUAL QLCS DEVELOPMENT SATURDAY NIGHT TO EARLY
SUNDAY MORNING. A LOW CAPE/HIGH SHEAR PARAMETER SPACE CONTINUES TO
SUGGEST BOTH A TORNADO THREAT AND DAMAGING WINDS WILL BE POSSIBLE.

Heavy rain and thunderstorms will continue on Sunday along and east of the Mississippi River Valley, while snowfall will continue across parts of the Midwest and Great Lakes Region.

The Storm Prediction Center has another highlighted strong/severe thunderstorm risk area across parts of the Lower Mississippi Valley and Gulf Coast States.

DAY 5/SUN/…DESPITE MARGINAL INSTABILITY…ESPECIALLY SUNDAY
NIGHT…KINEMATICS REMAIN VERY FAVORABLE FOR A CONTINUED THREAT FOR
STRONG TO SEVERE STORMS THROUGH SUNDAY TO SUNDAY NIGHT/EARLY MONDAY
MORNING. THERE ARE SOME MODEL DIFFERENCES IN THE ORIENTATION OF THE
PROGRESSIVE TROUGH AS IT MOVES EAST OF THE SOUTHERN PLAINS SUNDAY
NIGHT. HOWEVER…A FAIRLY SHARP SOUTHERN EXTENT OF THIS TROUGH AND
STRONG DPVA SPREADING ACROSS THE LOWER MS VALLEY AND CENTRAL GULF
COAST STATES IS A CONCERN FOR AN OVERNIGHT SEVERE THREAT…WITH
DAMAGING WINDS POTENTIALLY THE PRIMARY THREAT. ALTHOUGH GIVEN THE
STRENGTH OF THE VERTICALLY VEERING LOWER TROPOSPHERIC WINDS…A
TORNADO THREAT CANNOT BE RULED OUT INTO SUNDAY NIGHT…ESPECIALLY
WITH ANY DISCRETE STORMS THAT FORM AHEAD OF THE QLCS.

According to NOAA’s WPC, the 5 day precipitation outlook shows heavy rainfall potential across the Middle and Lower Mississippi Valley with as much as 2″ to 4″+ possible through the weekend. With heavy rain in convective environments, which looks to be the case over the weekend, a few flood concerns may arise.

The GFS run from 06z Wednesday didn’t look as impressive as previous runs did in terms of weekend snowfall potential across the Midwest, but it is still way to early to start lobbing snowfall tracks and amounts. At this point, we’ll have to just wait and see how the storm system develops once it finally reaches the West Coast. A lot could happen until then, so stay tuned!

Thanks for checking in and have a great rest of your week ahead! Don’t forget to follow me on Twitter @TNelsonWX