Our team of meteorologists are degreed and certified with decades of experience in forecasting, broadcasting, and consulting. Learn more about our team of weather experts! 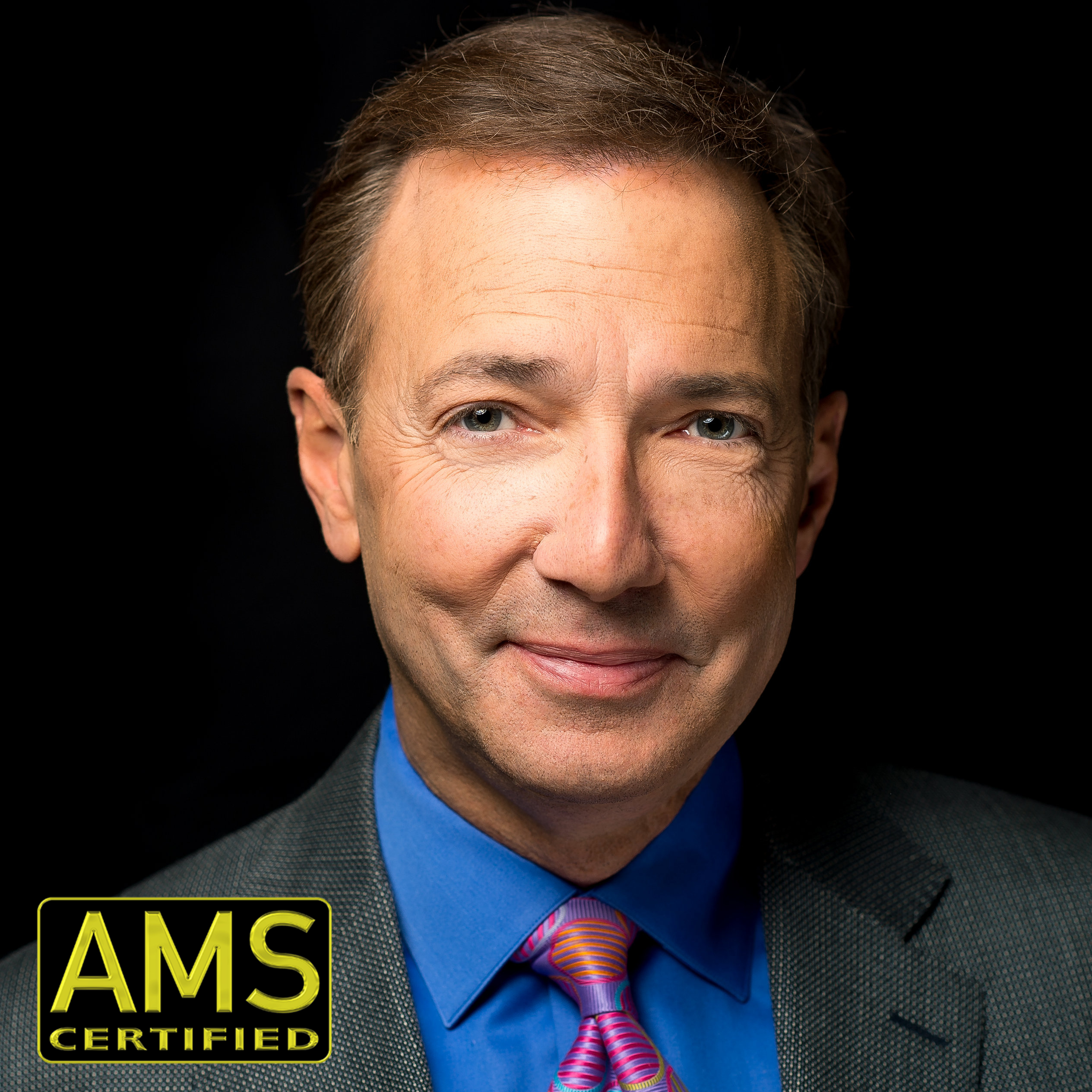 Paul founded Praedictix, originally named WeatherNation, in 2008. Paul has enjoyed an extensive career as a meteorologist with over 40 years of experience consulting for media and weather-sensitive businesses. Focused on personalizing the weather experience for corporate needs and consumer applications, Douglas is working with the development team to find new ways to add value. Previous companies include EarthWatch Communications, which brought 3D weather graphics to TV stations worldwide. Steven Spielberg used his graphics in the movies “Jurassic Park” and “Twister”. His previous company, Digital Cyclone, was the first company to put an app on a cell phone in 2001. Garmin acquired Digital Cyclone in 2007, allowing Douglas to build a new team — one focused on next-generation weather solutions and applications for an always-on, mobile-centric world. 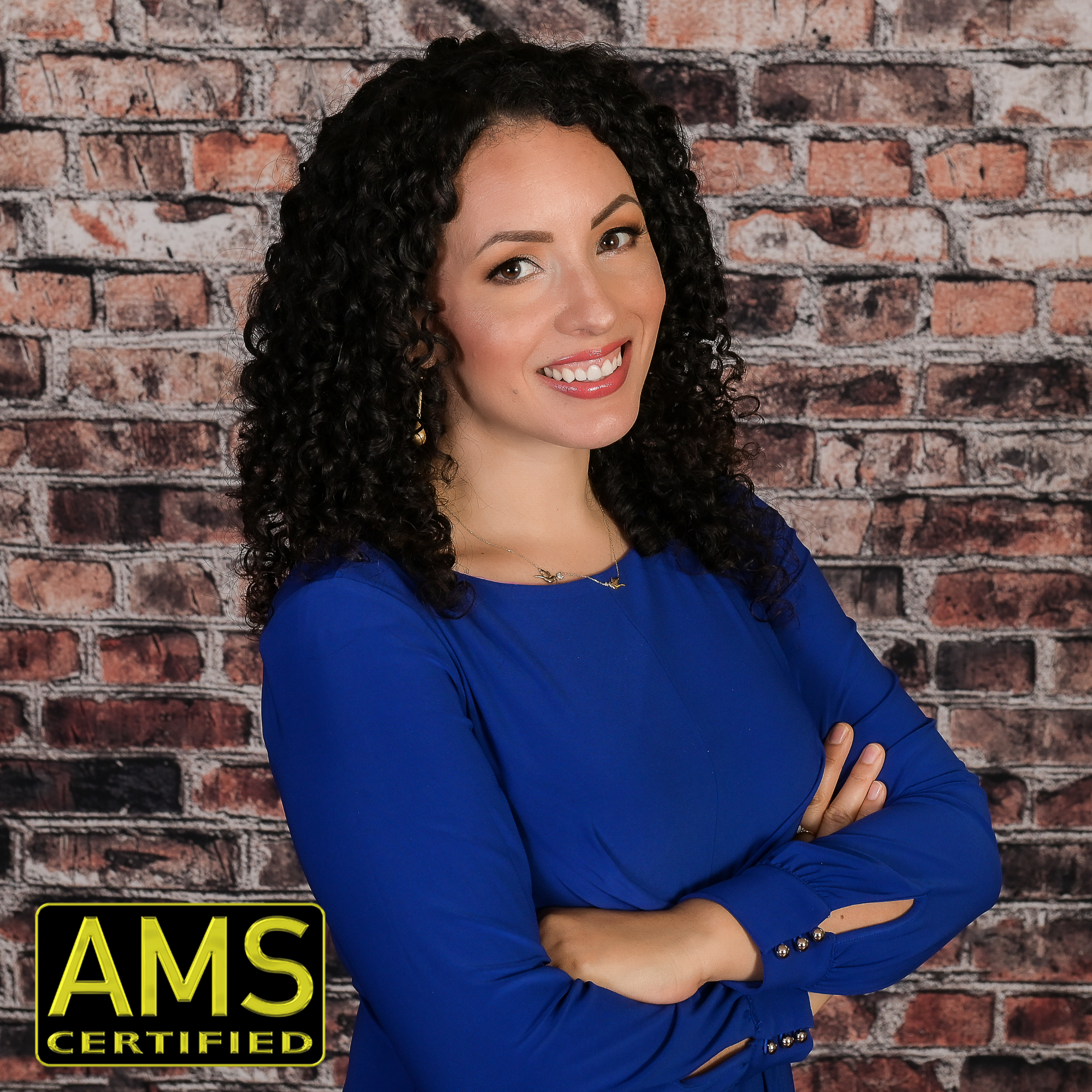 Susie is passionate about communicating the science of weather. Susie began her career in the Fall of 2005 after graduating cum laude from the University of Miami with a B.S. in Meteorology/Mathematics. She spent 3 years in the Quad Cities area before moving to Minnesota to join the Praedictix team. Susie has been a part of Praedictix since 2008 and now serves as President. As a seasoned meteorologist, Susie specializes in broadcast weather as well as consulting meteorology. She also is the general manager and climate analyst of Climatrends, a company specializing in climate scenario analysis to help companies become more adaptable and resilient in the face of climate change. Susie grew up in Costa Rica and is bilingual (English/Spanish).  She is a Certified Broadcast Meteorologist (CBM) and is on the bilingual CBM reviewing panel for the American Meteorological Society.

In her spare time, Susie enjoys traveling (especially to the national parks), camping, singing, and cycling. Most of all, she loves spending time with her husband, son, and dog. 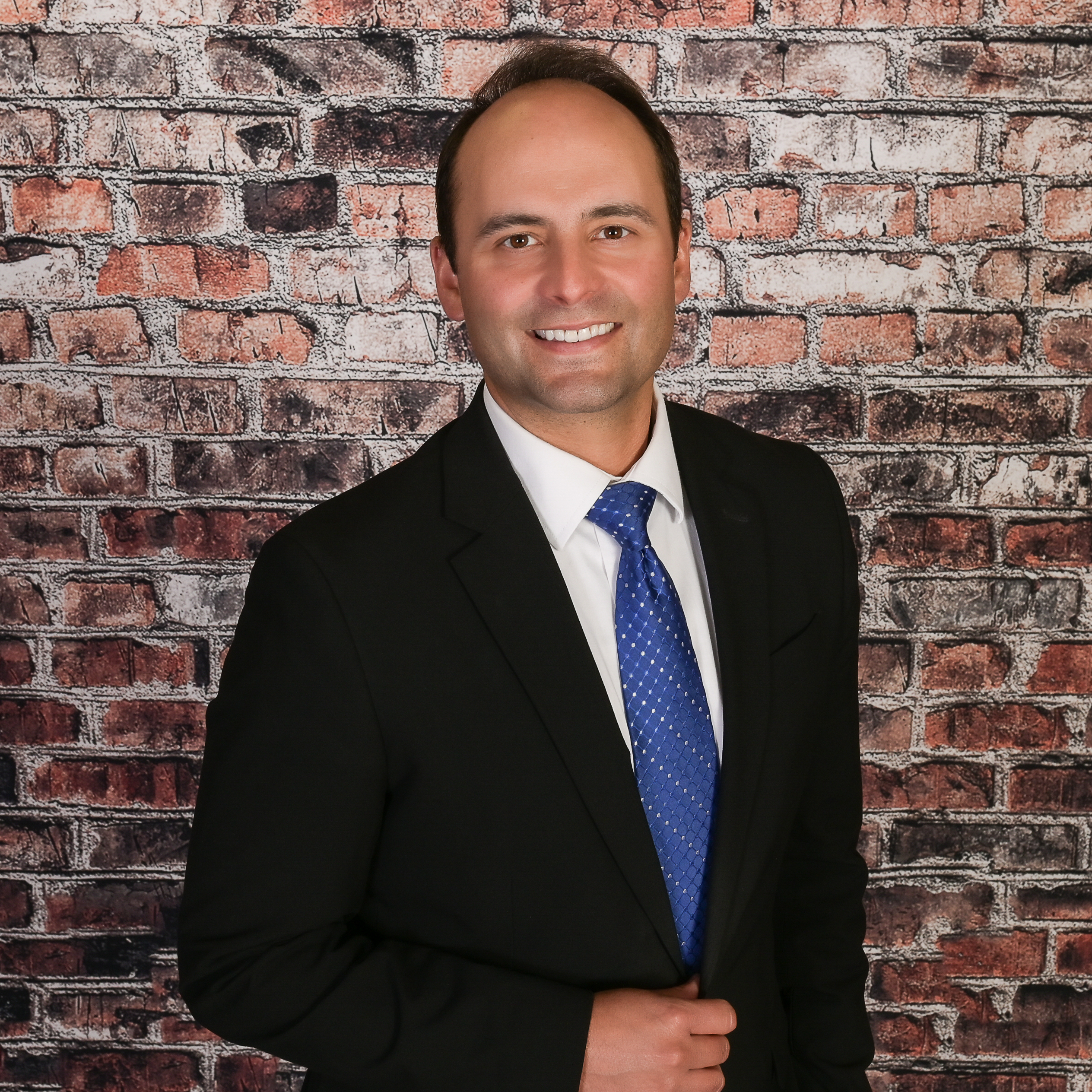 Todd earned his meteorology degree from St. Cloud State University and moved to Duluth, MN to cover lake effect snow storms along the shores of the coldest and deepest of the Great Lakes, Lake Superior. Soon after, he became Chief Meteorologist at a start-up station in Duluth, KQDS Fox 21 News. Here he successfully created and launched the weather brand for the station that was Emmy nominated for best newscast in the Upper Midwest for 2007 and 2008. During his time in Duluth, he could have been heard giving weather reports to various local radio stations, seen in the local newspaper with his daily weather column and surfed on the web with his daily weather blog. Todd’s passion for weather is clearly displayed during his on-air reports. 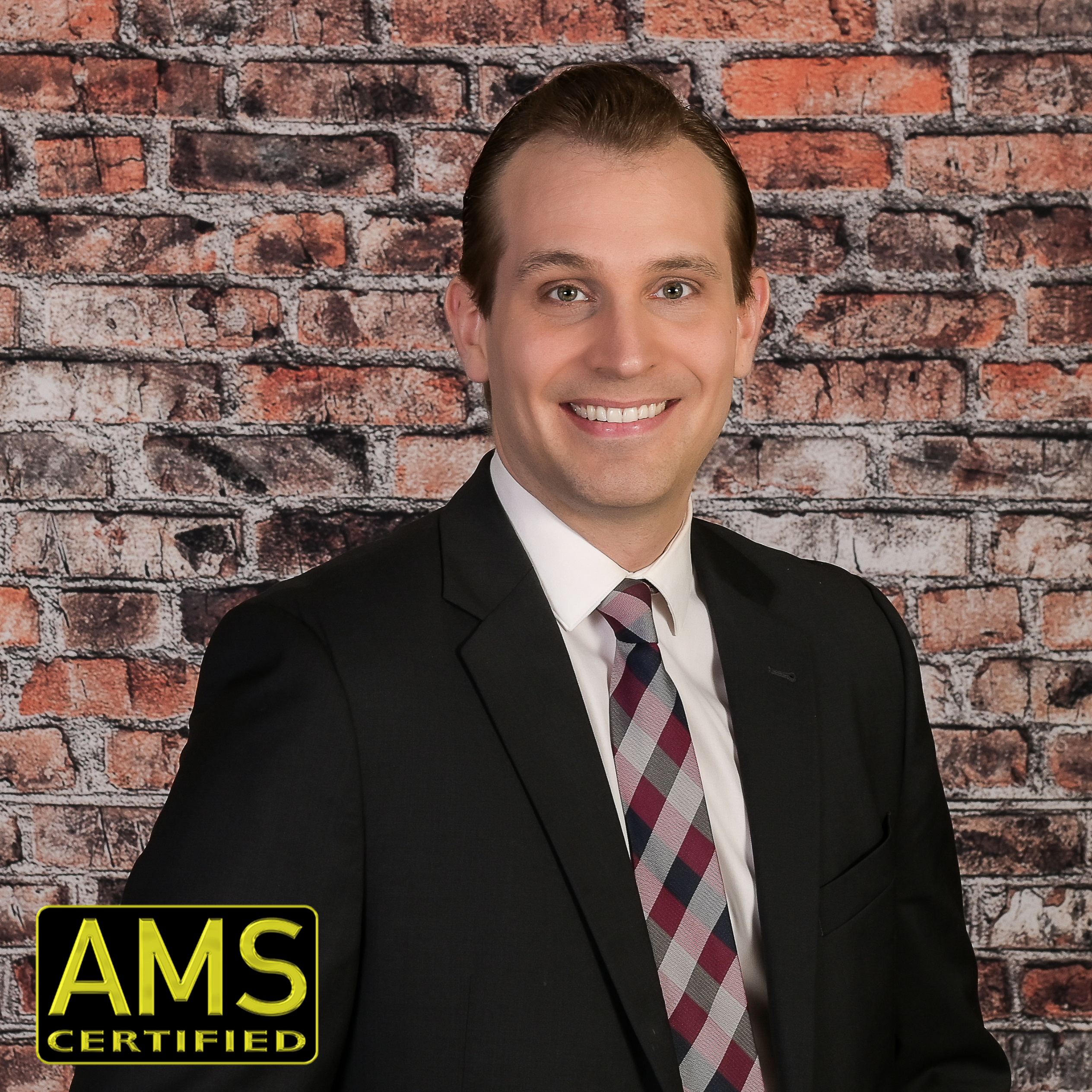 Joe graduated with a bachelor’s in meteorology with a minor in mathematics from the University of North Dakota in Grand Forks. He also interned at Studio One in UND while earning awards as a student broadcaster and teaching assistant along the way. During summers off from college, Joe was the weather intern for the KSTP weather team based in the Twin Cities. Joe then worked as the morning meteorologist for 2 years at KCWY in Casper, Wyoming; then 4 years as the morning meteorologist at WSJV in South Bend-Elkhart, IN. There, Joe became a Certified Broadcast Meteorologist (CBM) through the American Meteorological Society and still owns the earned seal. In his spare time, Joe likes to have fun with friends and family, read, run, work out, play video games, drink coffee, watch his Vikings and learn violin. And of course to spend plenty of time with his Siberian Husky. You can call him the smallest member of Team Hansel, Jeffy the Weather Puppy! 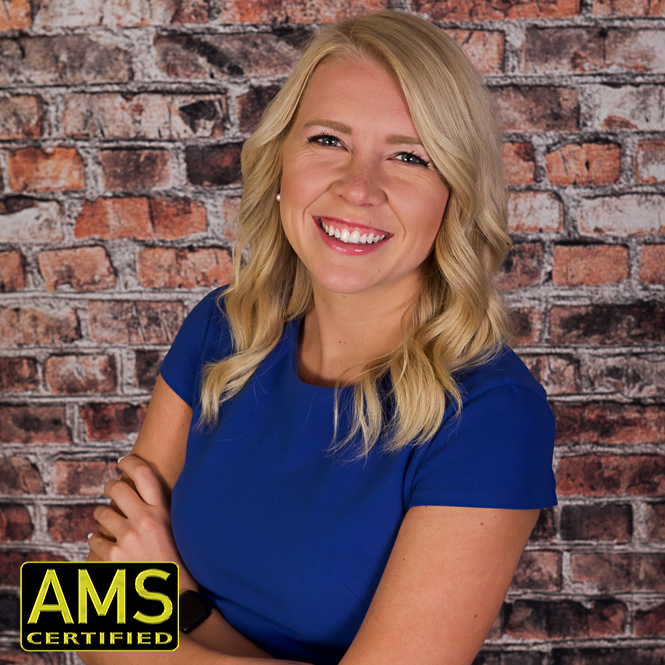 Alyssa was raised in Minnesota where she fell in love with all four seasons and took her love of math and science to the University of North Dakota where she graduated with a Bachelor of Science in Atmospheric Science. Alyssa interned with KARE 11 before heading out to her first job in Little Rock, Arkansas. Alyssa was pulled back to the Midwest where she spent 3 years as the morning Meteorologist for WXOW in La Crosse, WI. During her time in La Crosse, she became a Certified Broadcast Meteorologist (CBM) through the American Meteorological Society and was awarded Best Weathercast in 2021 from the Wisconsin Broadcasters Association.

Away from the green screen, Alyssa loves to spend time outdoors, whether that is hitting the lakes on her boat or skiing in the winter months. She has  a German Shepard named Phoebe, that she adores and loves to bring along on her adventures. 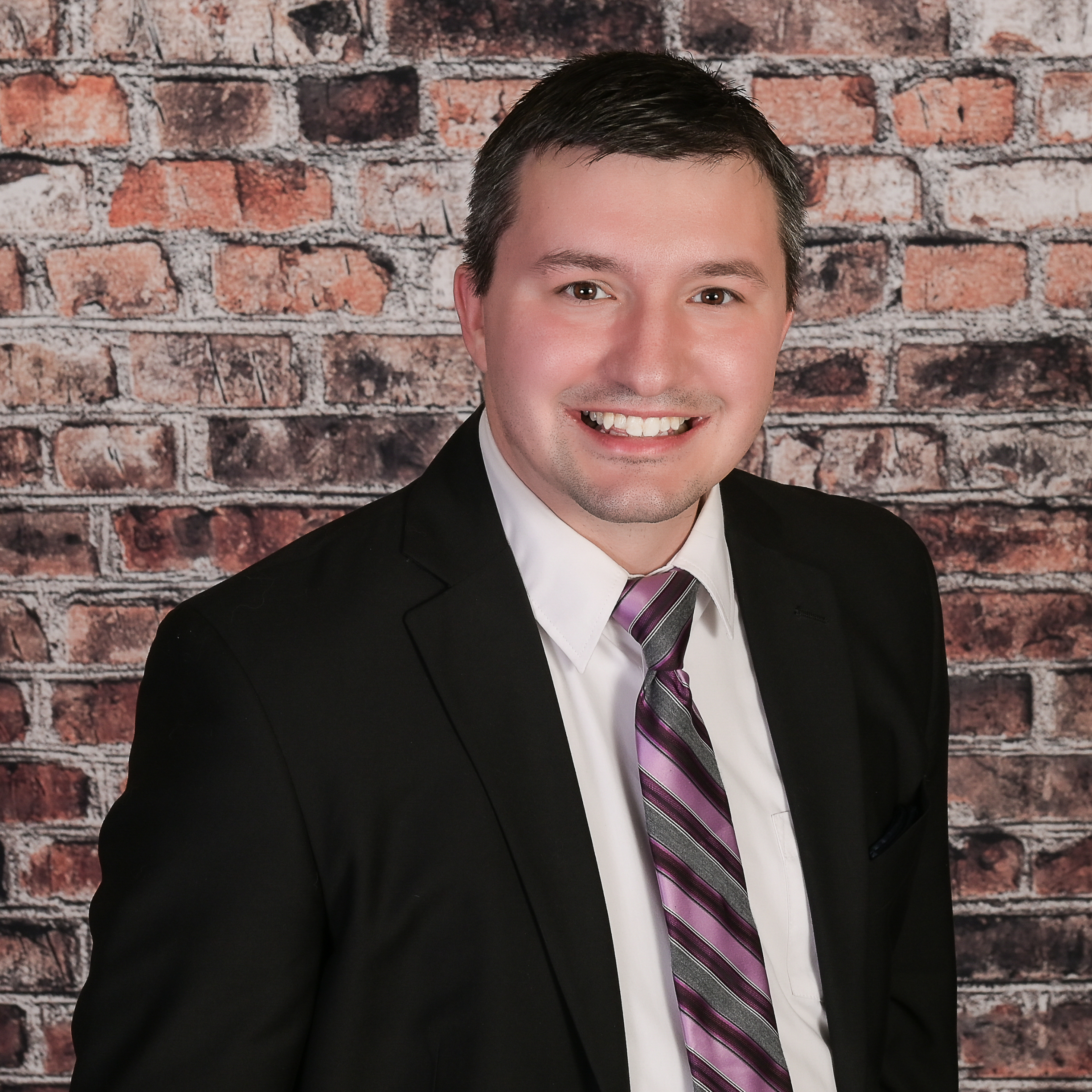 Daniel (D.J.) Kayser grew up with a passion for weather, knowing from the age of four that he was going to be a meteorologist. He graduated in the spring of 2012 from St. Cloud State University with a Bachelor of Science degree in Meteorology. At Praedictix, D.J. produces graphics for usage on-air and online as well as researches weather stats and data. You can also find him as part of the on-air, forensic and weather briefing teams. Outside of work, he and his wife, Rebecca, enjoy spending free time out in the great outdoors. 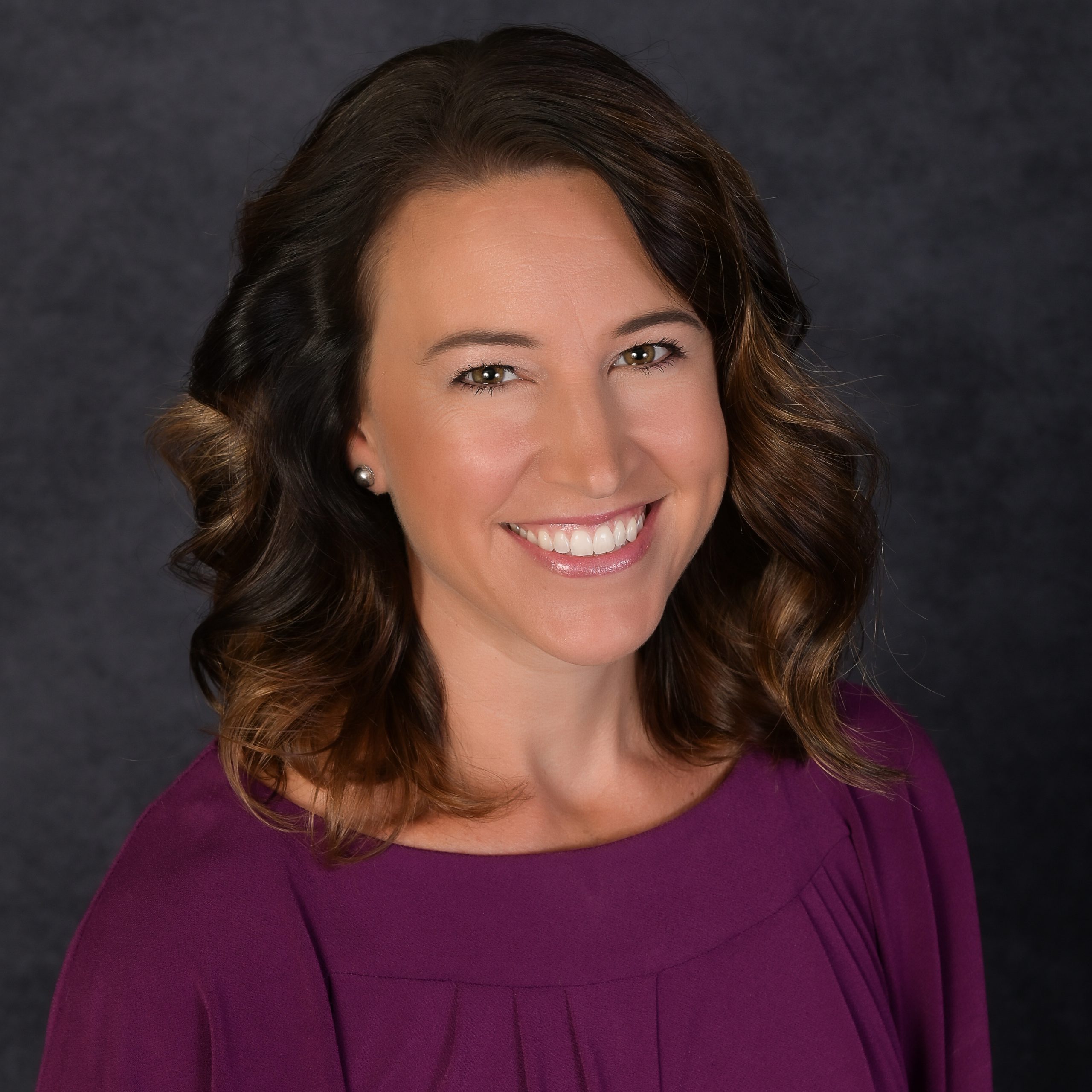 Raised in Minnesota, Gretchen studied Meteorology at the University of Miami in Florida and the University of Edinburgh in Scotland, graduating from Miami with a major in Meteorology and minors in Physics and Mathematics. Gretchen interned in weather broadcasting with KMSP in Minneapolis before joining the media meteorologists at Weather Central Inc. There she trained television meteorologists and managed the implementation of weather graphics systems in 35 states from Maine to Hawaii as well as in Canada, Latin America, and the UK. In addition to local stations, she has also made technological and aesthetic contributions to three major networks (ABC, NBC, and Univision). Gretchen and her husband have a son and a daughter. 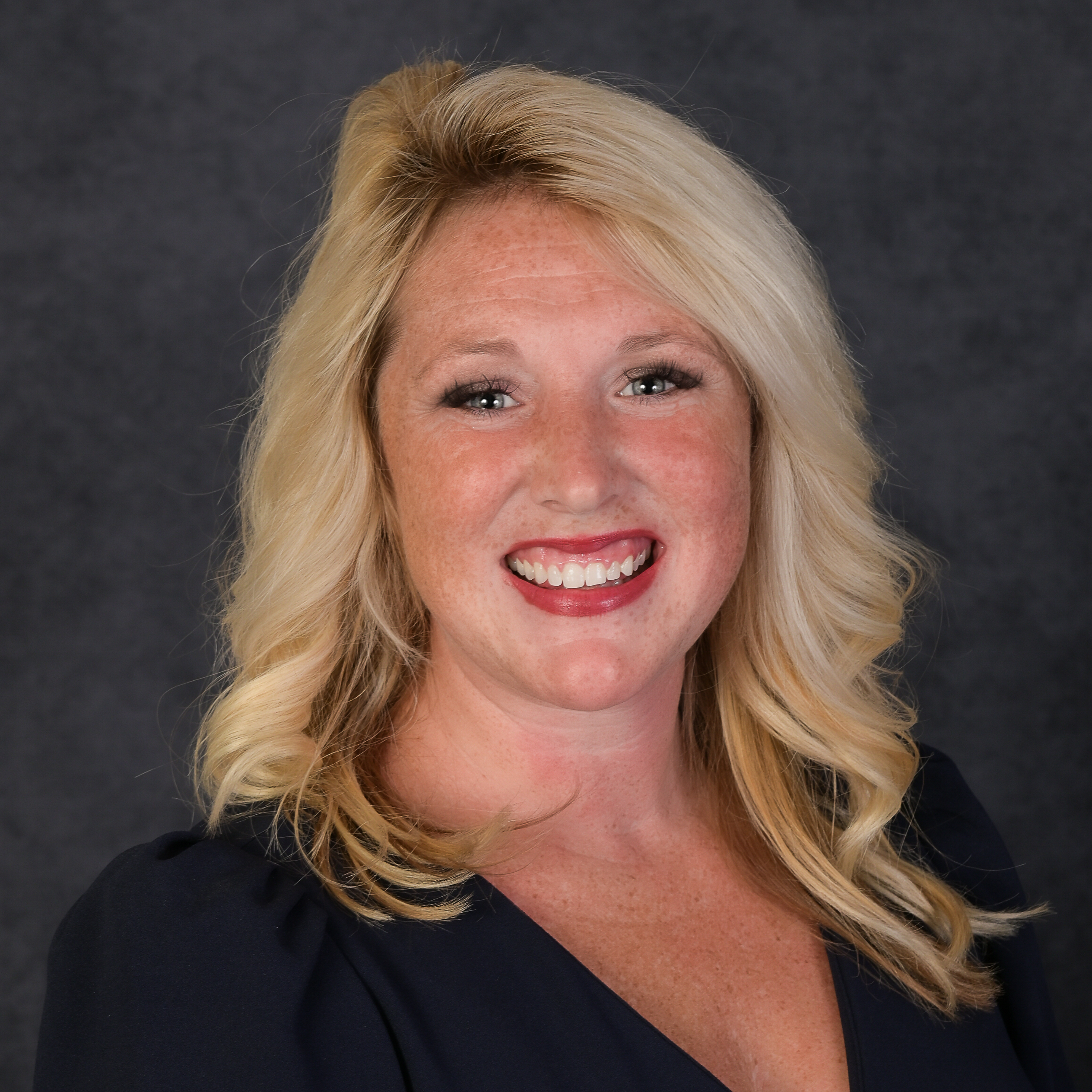 Cassie was born and raised in Minnesota where she graduated from St. Cloud State University in 2015. During her time there, she was the chief meteorologist for UTVS and interned with the morning news team at KARE 11 in the Twin Cities. After graduating, Cassie moved to the Upper Peninsula of Michigan where she was the morning meteorologist with WLUC TV6 News in Marquette. While working in the U.P., Cassie enjoyed covering the numerous lake effect snow events as well as working closely with the National Weather Service. Outside of work, Cassie enjoys spending time with her husband and daughter on one of Minnesota’s many lakes. 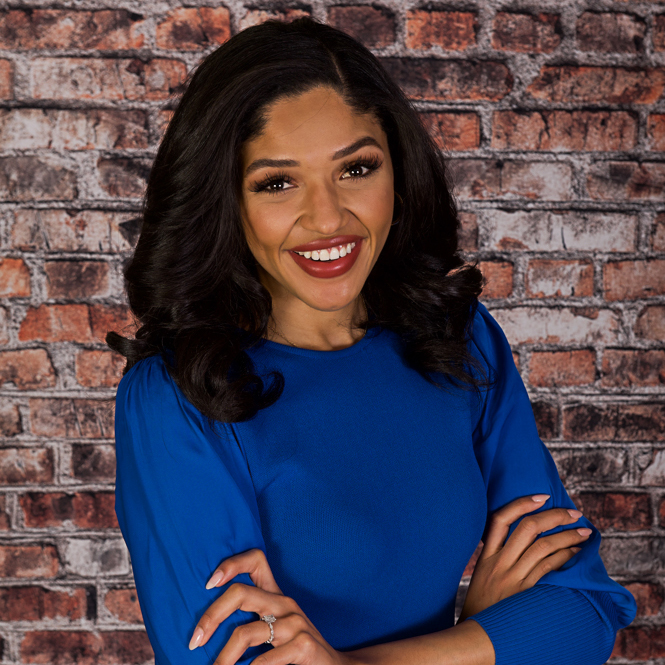 Anissa Claiborne is a California native who recently moved to the Twin Cities. She attended the University of Southern California and received her bachelor’s in Broadcast and Digital Journalism and is currently in the Broadcast and Operational Meteorology Program through Mississippi State University. Anissa’s interest in weather began at USC while she was a weather anchor for the school TV station. After college, Anissa was a news assistant at KABC in Los Angeles, California, where she produced weekday morning traffic among many other behind-the-scenes tasks. Before moving to the Twin Cities, Anissa was the weekend evening weather anchor for WTHI in Terre Haute, Indiana.
In her free time, Anissa enjoys working out and spending time with loved ones. 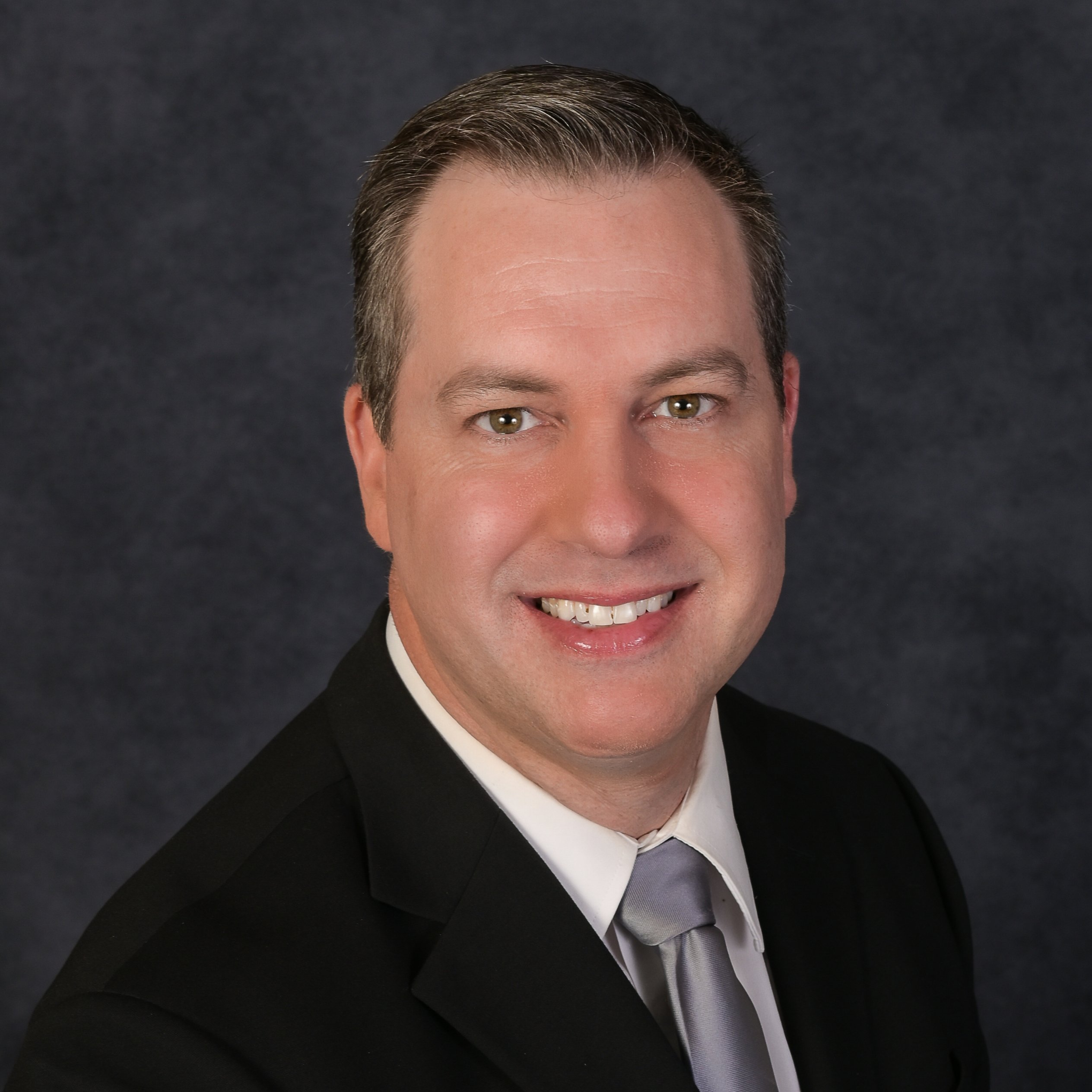 Sam’s love of weather began when he was 12 years old during a severe weather outbreak at his
family’s cabin in northern Minnesota. Back then, many years before cell phones, the only tool of
information was the battery powered radio. He remembers that day the whole family was so
afraid, unsure if during this outbreak the cabin would be hit by a tornado? He recalls sitting
inside the cabin at the table, with a map, listening for storm reports; and then pinning the
location of each report in an attempt to track the storms–something nowadays every radar app
can easily do. Thankfully the cabin was spared that day. However, according to Sam there
were many tornadoes reported nearby, and he did see a large funnel form and lower off a wall
cloud just across the lake. He explains it was his first time seeing anything like it and that it was
both majestic in beauty and yet horrifying in power. Sam said the fear from that experience was
like the match that lit this flaming desire to know more about the weather and eventually serve
others the best he could as a Meteorologist.

In addition to his love of weather Sam also enjoys sports and played collegiate basketball his
first two years at Point Loma Nazarene University in San Diego, CA. He then finished his
degree in biochemistry from the U of Minnesota and a certificate in Meteorology from the
Graduate School. He then later obtained the National Weather Association Seal of Approval
and has been working as a broadcast Meteorologist for over 15 years. When he is not working,
he is usually spending time outdoors, off on some adventure with his beautiful wife, their son
and their two dogs.