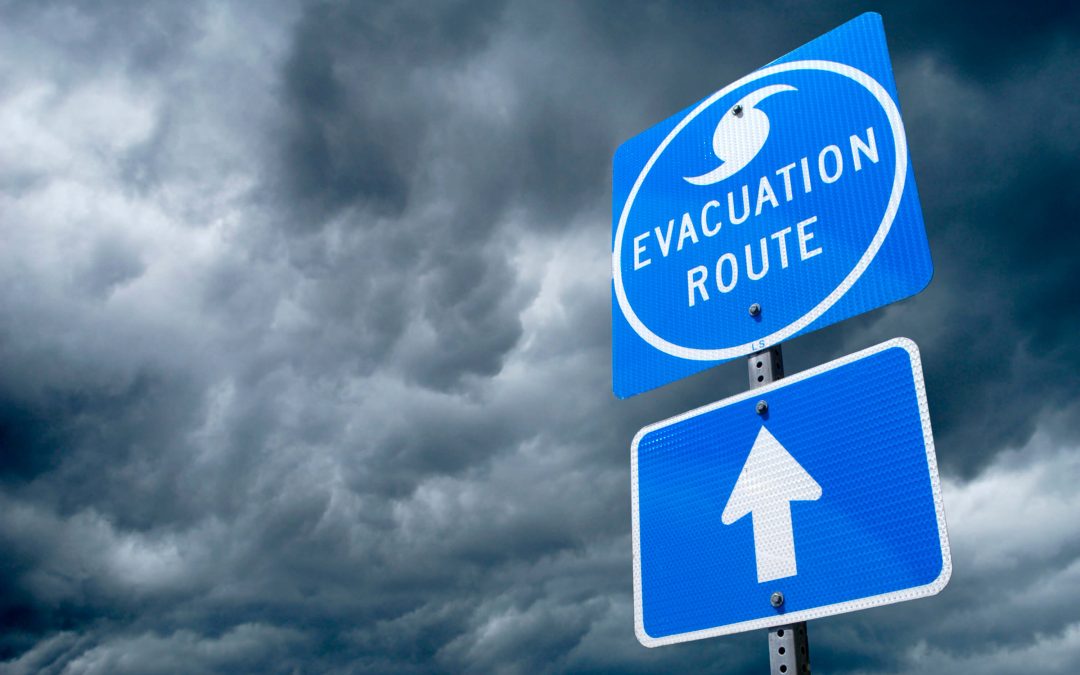 This was my view on Friday from Mt. Trudee up in Tettegouche State Park back on Friday. There were definitely patches of color – especially toward the top of trees – but there were plenty of green leaves still around. I’m sure within the next week to week and a half the view is going to look quite a lot different!

On Monday, all eyes will be on Ian which will be moving west of the Cayman Islands. However, moisture from that system will already be spreading north into portions of Florida, leading to showers and storms. An area of low pressure in portions of Canada near the eastern Great Lakes will produce storms in the Northeast and Great Lakes (which will also be helped by another system back toward the western Great Lakes). A trailing front into the southern U.S. could help produce storms in the Mid-Atlantic, along the northern and western Gulf Coasts, and portions of southern Texas.

Stormy weather through the second half of the weekend and into early in the week will lead to heavy rainfall in parts of the eastern Great Lakes, with over 3” possible for some. We’re also tracking heavy rain in association with Ian working across the Florida Peninsula during the first half of the week.

Ian A Threat To The Southeast (Particularly Florida)

While Ian has not been strengthening as fast as had been expected as the system still tries to get organized, we are expecting to see this storm strengthen Monday and Tuesday as it moves toward western Cuba. It could reach Category 4 hurricane strength across the southeast Gulf of Mexico before approaching the Big Bend region of Florida late week. Models are still split between the Tampa Bay to the Florida Panhandle region for a potential landfall, so that is something to keep an eye on in the next few days. While the system will be somewhat weakening due to strong winds aloft, that doesn’t mean the danger will decrease: with this scenario, the wind field will be expanding and the system slowing down, which would increase both the size of the wind impacts across the region as well as expand the storm surge threat along the coast.

More from MinnPost: “States like Washington and Massachusetts plan to join California in largely banning the sale of new gas-powered cars by 2035, seeing it as an effective way to rapidly cut greenhouse gas emissions from the transportation sector. In Minnesota, however, prominent Democrats who celebrated an earlier move toward cleaner vehicles are not supporting the idea — at least not so far. Gov. Tim Walz’s administration hasn’t ruled out a ban on selling new gas cars, though Walz’s regulators strongly suggest it won’t happen any time soon. Now, a key DFL lawmaker in the Minnesota House from progressive Minneapolis is also throwing cold water on the idea. State Rep. Jamie Long, who leads the House’s Climate and Energy Finance and Policy Committee said the governor is “taking the right approach” by implementing an earlier and less strict version of California’s auto emissions standards for just one year.”

More from Protocol: “This year is on track to be a record for global electric vehicle adoption. EVs are expected to make up 13% of light duty vehicle sales, and the world is on track to hit a 2030 milepost en route to net zero by mid-century. Yet the road ahead is far from smooth in other industries. In 2021, EV sales doubled and made up 9% of the car market by the year’s end. This year’s surge is due to more being sold in European and Chinese markets, according to the new installment of the International Energy Agency’s Tracking Clean Energy Progress report released this week. However, the report notes that “electric vehicles are not yet a global phenomenon” and sales in the Global South have lagged due to both high sticker prices and a charging infrastructure deficit. (Exported gas-powered cars are also keeping many emerging countries stuck on fossil fuels.)”

More from the University of Texas at Austin: “The impacts of air pollution on human health, economies and agriculture differ drastically depending on where on the planet the pollutants are emitted, according to a new study that could potentially incentivize certain countries to cut climate-changing emissions. Led by The University of Texas at Austin and the University of California San Diego, the study is the first to simulate how pollutants affect both climate and air quality for locations around the globe. The research, which is published in Science Advances, analyzed the climate and air quality impacts of aerosols — tiny solid particles and liquid droplets that contribute to smog and are emitted from industrial factories, power plants and vehicle tailpipes. Aerosols create unique global patterns of impact on human health, agricultural and economic productivity when compared with carbon dioxide (CO2) emissions, which are the focus of efforts to mitigate climate change.”