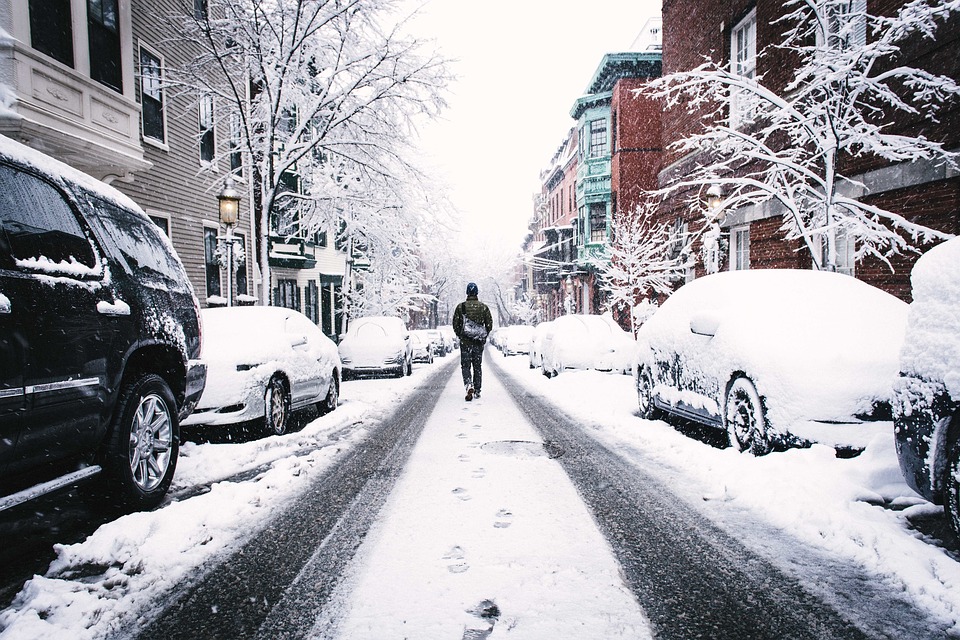 On Friday, the area of low pressure in the Upper Midwest will continue to produce snow showers across the region. With a coastal low along the East Coast, snow and ice will be possible in mainly interior areas stretching to the Maine coast. A cold rain is expected along most of the I-95 corridor.

The heaviest additional snow through Saturday will be in interior New England, where 6-12” (with higher elevation 24”) totals are possible. Heavier rain of at least 1-2” will be possible along the East Coast.

More from the Los Angeles Times: “As California faces the prospect of a fourth consecutive dry year, officials with the Metropolitan Water District of Southern California have declared a regional drought emergency and called on water agencies to immediately reduce their use of all imported supplies. The decision from the MWD’s board came about eight months after officials declared a similar emergency for 7 million people who are dependent on supplies from the State Water Project, a vast network of reservoirs, canals and dams that convey water from Northern California. Residents reliant on California’s other major supply — the Colorado River — had not been included in that emergency declaration. “Conditions on the Colorado River are growing increasingly dire,” MWD Chairwoman Gloria Gray said in a statement. “We simply cannot continue turning to that source to make up the difference in our limited state supplies. In addition, three years of California drought are drawing down our local storage.””

State of the climate: 2022 is currently tied for fourth warmest year on record

More from Carbon Brief: “This year has been one of extremes, featuring record-shattering summer heatwaves and devastating floods. Western Europe and parts of Asia have had their warmest year on record so far (from January through October). Globally, 2022 so far is the fourth warmest year on record. This is despite the persistent La Niña conditions in the tropical Pacific, which are having a cooling influence on global temperatures. Overall, 2022 is on track to be somewhere between the fourth and sixth warmest year on record – depending on what happens during the final two months of the year. Despite not setting a new global temperature record – which is not unusual, as even in a warming world most individual years will not – 2022 will still be one of the warmest years since records began in the late 1800s. Temperatures will end up around the level expected by climate models and are consistent with the long-term warming trend over the past 50 years.”

More from KUNR: “The U.S. Forest Service halted their prescribed burns this summer following an out-of-control burn in New Mexico that became the worst wildfire in the state’s history. Moreover, for Nevada land managers — including many with ties to local tribes — climate change is making it more difficult to put “good” fire on the ground. In the Pine Nut Mountains on Washoe tribal land in northwestern Nevada, a pinyon-juniper forest grows out of control. Rhiana Jones and Billy Hawk Enos are land management experts from the Washoe Environmental Protection Department. They survey the patch of forest, pointing out the subtle signs of its decline. The pines grow almost on top of each other, and many are dead from disease and drought. The forest carpet is ankle-deep, covered in fallen needles, twigs, and branches — fine fuels that would feed a fire. The dry timber could easily go up in flames.”