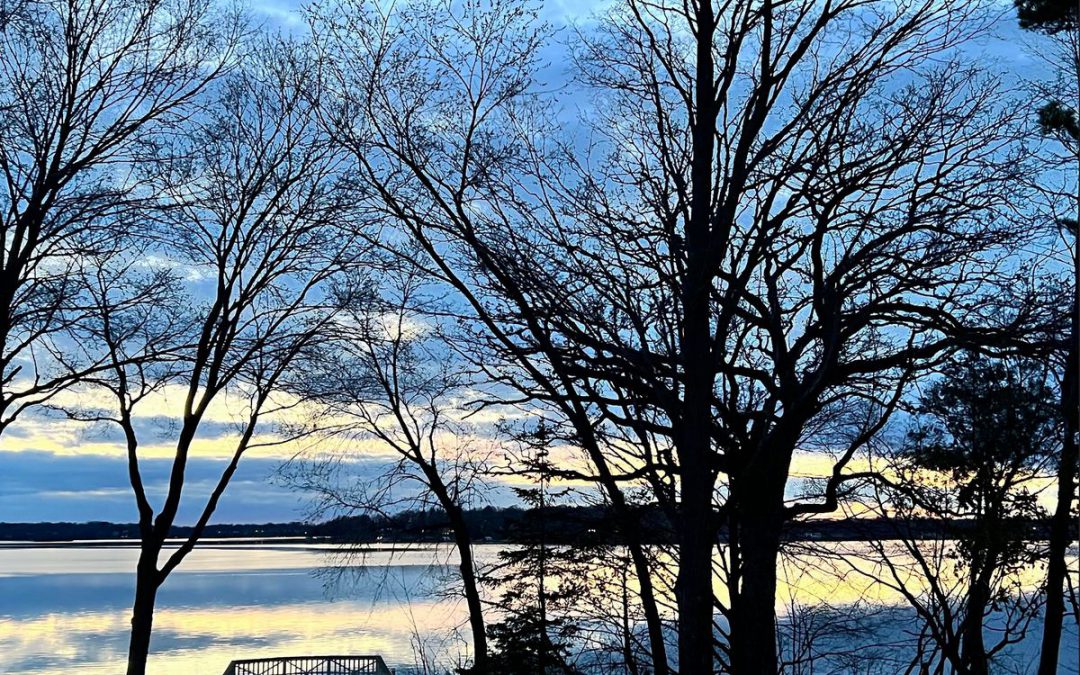 Weather Trending Warmer Into Next Week

Minnesota sports teams will break your heart. Minnesota weather will break your will. I can’t remember a spring this irritating, where so many of us were indignant and despondent. Life is a test, and spring has been a grisly final exam (with no studying in a dimly-lit room with a broken #2 pencil).

Things are finally looking up. I see a run of 60s through Mother’s Day. Average temperatures. Imagine that. A surge of southern heat and moisture sparks a streak of 70s and a few 80s next week, with random thunderstorms and a dash of humidity. Like flipping on a switch: instant summer! I suspect it’s safe(ish) to plant annuals and take off the snow tires now, at least in the metro.

Expect brilliant sunshine today, but showers are possible Friday with a stray thundershower on Mother’s Day.

Slow Warming Trend – Spotty Showers. Today will feel great with low 60s by mid afternoon under a perfect blue sky (no bugs or humidity yet, but wait for it…). Showers are possible Friday, again on Mother’s Day, but now widespread, all-day raging rain storms in sight. I could see a few strong to severe T-storms next week as we enter a warm, sticky, unstable weather pattern.

2 Weeks Out: Zonal Flow. After a warmer than average week next week long range GFS guidance suggests are more zonal, west to east wind flow aloft by mid-May, with a return to average temperatures (60s and low 70s by then).

India and Pakistan Heat Wave is “Testing the Limits of Human Survivability”. CNN has the latest on intense heat roasting much of southern Asia: “Temperatures in parts of India and Pakistan have reached record levels, putting the lives of millions at risk as the effects of the climate crisis are felt across the subcontinent. The average maximum temperature for northwest and central India in April was the highest since records began 122 years ago, reaching 35.9 and 37.78 degrees Celsius (96.62 and 100 degrees Fahrenheit) respectively, according to the Indian Meteorological Department (IMD). Last month, New Delhi saw seven consecutive days over 40 degrees Celsius (104 Fahrenheit), three degrees above the average temperature for the month of April, according to CNN meteorologists. In some states, the heat closed schools, damaged crops and put pressure on energy supplies, as officials warned residents to remain indoors and keep hydrated...”

‘Unprecedented’ South Asian Heatwave ‘Testing The Limits Of Human Survivability’: More perspective on the heat from Climate Nexus: “The months-long heatwave in India and Pakistan is shattering records and “testing the limits of human survivability,” IPCC Lead Author and Senior Researcher at the Indian Institute for Human Settlements Dr. Chandni Singh told CNN. At least 25 people have died of heatstroke in India’s Maharashtra province, but the actual death toll of the heatwave is almost certainly far higher, experts say. Average April temperatures in northwest and central India were the highest since records began at the beginning of the 19th century. Cities in Pakistan’s southeastern Sindh province hit 117°F (47°C) last week, the highest temperature that day in the Northern Hemisphere. “We are living in hell,” Nazeer Ahmed of Turbat, Pakistan, where high electricity demand is causing up to nine hours of electricity blackouts every day, told the Guardian. Blackouts in India have also highlighted the country’s need to diversify its power sector, which still relies on coal for 70% of its electricity generation, the AP reports. “This heatwave is definitely unprecedented,” said Singh, adding the heat had diminished April wheat yields by as much as 445 pounds per acre (500kg/hectare). “We have seen a change in its intensity, its arrival time, and duration. This is what climate experts predicted and it will have cascading impacts on health.” (CNN, The Guardian, Axios, CNBC; Deaths: Times of India; Wheat: Bloomberg $; Electricity: Reuters, AP; Climate Signals background: Extreme heat and heatwaves)

Hurricane Track Cone Gets Smaller for the 2022 Season. News4jax.com has an interesting post; here’s the intro: “The hurricane track “cone of concern” will be refined narrower this season reflecting improved track forecast scores over recent years. Of the 394 official forecasts issued by the National Hurricane Center during the 2021 Atlantic hurricane season, it had its best year ever predicting the position of a storm center at 48, 60, and 72 hours in 2021. Overall track forecast errors in the Atlantic basin were close to or better than their previous 5-year average. The National Hurricane Centers’ centerpiece of information is the most popular graphic used by the media to communicate hurricane risk to the public before a storm hits…”

20 Years After La Plata Disaster, Washington DC Area’s Tornado Risk Has Grown. Capital Weather Gang has details: “Two decades ago, the La Plata tornado gouged a long and highly destructive track across southern Maryland. It was rated Level 4 on a 0 to 5 scale and became the second-strongest twister to strike a state along the East Coast. The rotating thunderstorm that produced the twister on April 28, 2002, originated on the Kentucky-West Virginia border and tracked nearly to the Atlantic Ocean. Three people died, making it Maryland’s deadliest tornado in the modern record, and 122 were injured. While it has been 20 years since the La Plata disaster, its occurrence is a reminder that the D.C. region is vulnerable to devastating whirlwinds on par with those of famed tornado alleys in the Great Plains and Deep South. The D.C. region also sees much more frequent tornadoes of lesser strength…”

Remarkable Tornado Drone Video. Professional storm chaster Reed Timmer has taken tornado tracking to an entirely new level with deployment of drones – with his intercept of the Andover, Kansas tornado I’m seeing things I’ve never seen before. Check out his YouTube footage: “New compilation from the Andover, KS EF3 tornado intercept on April 30, 2022 including Dominator Drone and ground perspectives. Audio has been softened for the faint of heart. Miraculously, no lives were lost from this tornado despite immense damage and nearly 1000 structures impacted. This shows how incredible the warning process was for this storm. We called in the tornado in progress and NWS issued tornado warning and sirens sounded. We hope that this drone footage can advance our understanding of the tornado relationship with the ground and the influence of friction.”

58 F. High in the Twin Cities on Tuesday.

In Harm’s Way: Hurricane Ida’s Impact on Socially Vulnerable Communities. NOAA has the story; here’s an excerpt: “…In the past, storms like Hurricane Ida could have simply been seen as a natural disaster, affecting both economically advantaged and disadvantaged alike. But it’s becoming readily apparent that low-income communities suffer more damage and are at greater risk from extreme events. Research shows they are less prepared for the effects of extreme weather events. Often, residents of low-income communities don’t have the resources to evacuate, recover, or adapt in the face of extreme events. Additionally, the effects of climate change on vulnerable populations are frequently compounded—such as the COVID-19 pandemic, inland flooding, and rising global temperatures, in Hurricane Ida’s case. With every climate-related disaster in the nation, economic damages are measured and addressed, while the human toll is less readily assessed. Residents of the most-at-risk communities are increasingly pushed into permanent displacement, homelessness, or deeper into poverty. As disasters become more frequent in a changing climate, vulnerable communities find it more challenging to recover and too costly to try to rebuild or retreat…”

Russia Threats Redraw the Global Energy Map. The Washington Post (paywall) examines shifts underway and what may happen if and when the European Union embargoes Russian oil and natural gas: “…What has transpired is a sudden global reordering of the energy markets stoked by an abrupt turnaround by Russia, which spent decades trying to use its generous oil and gas reserves to integrate into the world economy, said Daniel Yergin, an energy historian and vice chairman of S&P Global. For now, Europe’s gas market has become a patchwork. Italy can turn to Algeria, Bulgaria can turn to Greece, and Poland can pivot to a long-planned expansion of a terminal for liquefied natural gas, or LNG, imports and a pipeline coming online from Norway. “It’s a dramatic, unexpected reordering of world energy…”

Work for Fossil Fuel Clients Exposes Agencies to Increasing Legal Risks, New Report Says. Ad Week has the post; here’s the intro: “If you’re an agency, working for Big Oil might get you sued. That’s the message of a new report from activist group Clean Creatives, a campaign by Fossil Free Media to encourage the advertising and PR industry to cut ties with fossil fuel companies. The 17-page publication, titled Smoke and Mirrors: The Legal Risks of Fossil Fuel Advertising, tracks the explosive rise in climate litigation in recent years. Over the last six years, the cumulative number of climate-related cases has more than doubled, the report found. There were 1,841 cases in 39 countries as of May 2021, although most of those are in U.S. courts. Of those that have concluded, a majority (58%) had outcomes that were “favorable to climate action,” the report said...”

State of the Climate: Start of 2022 is 5th Warmest on Record. Here’s an excerpt of a post at Carbon Brief: “After a slightly cooler 2021 on the Earth’s surface, the world is on track for 2022 to be somewhere between the fourth and eighth warmest year since records began in the mid-1850s. It is very unlikely to be a record warm year due to moderately strong La Niña conditions in the early part of the year that are projected to continue for at least the next six months. Not every year is expected to set a new record for the surface – and 2022 annual temperatures will likely end up well in-line with the long-term warming trend that the world has experienced over the past five decades. The first four months of 2022 were the fifth warmest start to a year on record so far. March 2022 saw record warmth over China and large parts of southern Asia, as well as exceptionally high temperatures in the Arctic...”

Central U.S. to Emerge as Flash Flood Hot Spot, Study Finds. A post at StateImpact Oklahoma caught my eye: “New research has found flash flooding events are likely to become more severe in the future if carbon dioxide emissions continue at their current rate. Using climate simulations and modeling that examined the years 2070-2100, the research team from the University of Oklahoma, the National Oceanic and Atmospheric Administration and the National Center for Atmospheric Research predicts flash flooding could happen more rapidly and that the events would produce higher flood peaks — a concept the team terms “flashiness.” If emissions remain at the same level, the central U.S. will emerge as a flash flood hotspot with an 8.5% increase in flashiness…”

Heat And Wildfires Fueled By Climate Change 8,500 Miles Apart: Climate Nexus has headlines and links: “Extreme heat over 110°F in India and Pakistan continues to shatter records, threaten human health, cause landfills to combust, threaten power outages, and imperil Indian wheat crops struggling to make up for shortfalls caused by Russia’s invasion of Ukraine. “Why is it exceptionally warm this year? The only reason is global warming,” Roxy Mathew Koll, a climate scientist at the Indian Institute of Tropical Meteorology, told Bloomberg. Meanwhile, from South Asia to the southwestern U.S., wildfires are ripping across drought-dried landscapes, especially in New Mexico. A million acres across the U.S. have burned already this year as, “Climate change is taking a situation that would be bad for us normally,” University of Arizona climatologist Gregg Garffin told The Guardian, “and turning the dial up.” (India/Pakistan: (Axios, Washington Post $, Bloomberg $, Reuters, Climate Home; Wheat crop and landfills: AP; Power outage worries: FT $; Southwest: The Guardian, The Hill, New York Times $; New Mexico: AP, Reuters, ABC, Reuters, New York Times $, Washington Post $; Climate Signals background: Extreme heat and heatwaves, Wildfires, Western US megadrought)