Is Climate Change Causing Storms like Hurricane Ian to Grow Faster? We are not seeing more hurricanes, but the storms that form naturally are strengthening (faster) and it may be linked to consistently warmer water, especially in the Gulf of Mexico. Here’s an excerpt from Vox: “…If climate change is warming the ocean, and warm oceans fuel storms like Ian, does that mean climate change is making storms grow more quickly? Possibly. According to a recent analysis of hurricane data by the Associated Press, there were about 25 percent more rapidly intensifying storms in the Atlantic Ocean and Eastern Pacific in the last 10 years compared to 40 years ago. Some past scientific studies have also shown that hurricanes are intensifying more rapidly in parts of the Atlantic in recent years. “As the oceans warm a little bit, you’re just gradually making [rapid intensification] more likely,” McNoldy said…” 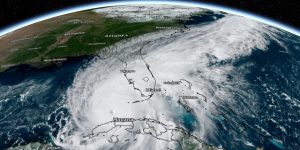 Hurricane Ian is No Anomaly. The Climate Crisis is Making Storms More Powerful. The Guardian has more perspective on tropical trends; here’s an excerpt: “…Warmer oceans mean more fuel to strengthen hurricanes, with an average increase in wind speeds of major hurricanes of about 18 mph for each 1C (1.8F) of ocean surface warming, a roughly 13% increase. Since the power of the storm increases roughly the wind speed not only squared but raised to the third power, that amounts to a roughly 44% increase in the destructive potential of these storms. There is also evidence that human-caused warming is increasing the size of these storms. All else being equal, larger storms pile up greater amounts of water, leading to larger storm surges like the 12 to 18 feet estimated for Ian in some locations. Add sea level rise, and that’s the better part of foot of additional coastal flooding baked into every single storm surge...” 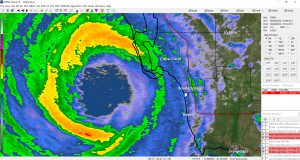 Florida GOP Leaders Opposed Climate Aid. Now They’re Depending On It. Here’s an excerpt from The New York Times (paywall): “…As Hurricane Ian approached Florida’s coast, the storm grew in intensity because it passed over ocean water that was two to three degrees warmer than normal for this time of year, NASA data show. Its destructive power was made worse by rising seas; the water off the southwest coast of Florida has risen more than seven inches since 1965, according to data from the National Oceanic and Atmospheric Administration. Finally, warmer air resulting from climate change increased the amount of rain that Ian dropped on Florida by at least 10 percent, or about two extra inches in some places, according to a study released last week…”

The Cloudy Origins of the Phrase “Under the Weather”. A post at Mental Floss caught my eye: “In one respect, we’re all pretty much always under the weather by default of living beneath the atmosphere. But that might not be the most welcome response when someone tells you they’re under the weather—meaning they don’t feel well. While people generally agree that the idiom has nautical origins, it’s not entirely clear what those origins are. One popular theory posits that ailing sailors recuperated belowdecks, putting them literally under the weather decks (those exposed to the elements). An offshoot of that explanation claims that crewmen and passengers would go belowdecks during bad weather in order to forestall seasickness. But there are a couple notable holes in this line of thinking…” 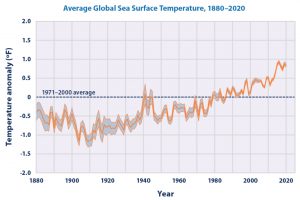 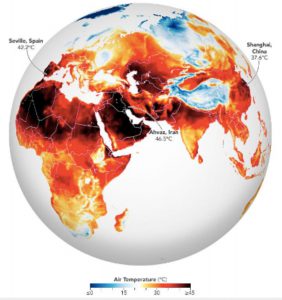 Summer Heat Waves Caused Several Glaciers to Collapse. GlacierHub at Columbia Climate School has details: “…In the Italian Dolomites, the heat wave led to a total glacier collapse on July 3 after temperatures climbed to 50 degrees Fahrenheit. This summer’s heat waves are not the beginning of glacial disappearance in the Dolomites; rather, glaciers in the Dolomites had already shrunk 30% in volume from 2004 to 2015. Additionally, glaciers that begin to show warning signs of possible collapse often maintain a higher sensitivity to increased temperatures during the summer months. Italy has lost 25% of its glacier meltwater in the last 20 years, and the trend is likely to continue following the recent collapse…”