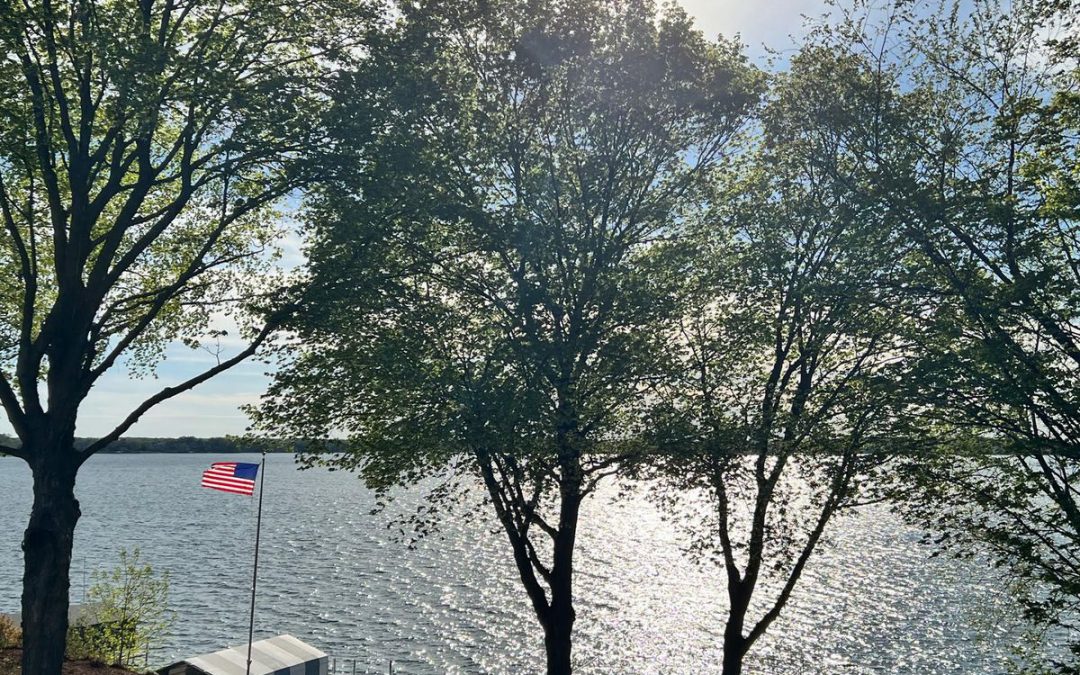 Captain’s Log. Stardate 20220517: Spring’s infestation came in waves. First came the boxelder bugs. Although they may have never left. Then came ceaseless winds, followed by jumping worms, then over 200 severe storm warnings in a single week. Inevitable mosquitoes almost came as a relief. Did I mention it was windy?

This year spring is more of an occupation than a season. The atmosphere can’t quite get into 4th gear of sustained warmth. I don’t mind the cool, fresh air, but some in our midst are crying foul. “We demand stinking hot weather, Paul!” I hear your plaintive cries. Sadly there’s nothing I can do other than relay them to my boss.

The jet stream steering winds are still unusually far south for mid-May, meaning frequent storms and a conga-line of cool fronts. Showers arrive later today and linger into Thursday, when a crack of thunder may signal fits of heavier rain. Another rush of unnecessarily chilly air arrives this weekend with highs in the 50s. At least the sun is out Sunday. Less wind too.

Showery Pattern. Pack something waterproof the next few days as an atmospheric tug-of-war plays out overhead. No heavy rain, but light to moderate showers are possible today and Wednesday; maybe a few stronger T-storms on Thursday before we dry out and cool down by the weekend.

More Late April Than Late May. Metro temperatures are running more than 4F warmer than average for the first half of May, but I see a relapse coming with weekend temperatures as much as 10-15F cooler than average. No sustained heat in sight just yet.

Cool-ish Memorial Day Weekend? I certainly hope not, but if NOAA’s GFS guidance (above) verifies it would mean a cool bias for the end of May over the northern tier of the USA. La Nina continues to put the brakes on the warm fronts of summer.

More Than 200 Tornado and Severe Storm Warnings in Minnesota Last Week. WCCO-TV has a good summary of last week’s wild weather: “…WCCO-TV Director of Meteorology Mike Augustyniak says that in the last week, between Monday and Thursday, there have been more than 200 severe thunderstorm and tornado warnings across Minnesota and western Wisconsin. These storms slammed Minnesota with torrential rains, tennis-ball-sized hail, flooding, tornadoes, and wind gusts over 90 mph. The forces felled trees and toppled powerlines, leaving thousands without electricity for hours on end. Trees also fell on homes and cars, leaving extensive damage. The storms are linked to two deaths in Minnesota. Martha Rodriguez, 30, a meteorologist from Mexico City, Mexico, died while reportedly storm-chasing in southern Minnesota Wednesday evening. She was killed when the car she was in stopped for a downed powerline, and a semi rear-ended the vehicle…”

Destructive Thunderstorms of May 12, 2022. The Minnesota DNR has details on last week’s craziness with tornado and straight-line wind damage. Here’s an excerpt: “…Within the area of (nearly) continuous 60 mph wind gusts, pockets of extreme winds, often well in excess of the 74 mph threshold used to define hurricanes, streaked northward and northeastward. Measured gusts included 94 mph at Madison and Verndale; 87 mph at Forada; 81 mph at Taunton, 80 mph at Florence, Artichoke, and Trosky; 79 mph at Graceville; 78 mph at Marshall; and 75 mph at Canby. Stronger wind gusts almost certainly occurred in between wind sensors, and National Weather Service teams were surveying the damage and to understand the scope of the storms and the likely ranges of wind speeds. The 94 mph wind gusts recorded at two locations were the highest measured gusts in Minnesota since July 6, 2014, when a sensor at Browns Valley recorded a 98 mph gust...”

Storm Chasers Face Host of Dangers Beyond Severe Weather. In my tornado-chasing days I feared crazy drivers far more than tornadoes. Here’s a summary of the risk from AP News: “…The storms themselves present dangers to inexperienced chasers who get too close. They can get hit by debris, struck by lightning or worse. Tripoli said he decided to stop teaching his storm chaser class and taking students into the field in the early 1990s after university officials stopped insuring the trips. Nature isn’t the only threat. Storm chasers spend long hours on the road traveling from state to state like long-haul truckers, inviting fatigue. When they catch up to the storms, they can often keep their eyes on the skies instead of the road, sometimes with deadly consequences. Tripoli said he would warn students in his storm chaser class that the most likely way they would get hurt is in a car crash...”

Congratulations New Jersey EV Owners. Quartz explains why the Garden State is so EV-friendly: “If you’re looking to buy an electric vehicle (EV) in the US, you probably won’t find a better deal than New Jersey. The climate policy think tank Energy Innovation compared the monthly cost of buying and owning six EV models to six similar gas-powered cars across all 50 US states, assuming that buyers take out a loan to make the purchase and have to make a monthly car payment. On average, the six EV models—which include the Ford F-150 Lightning pickup truck, the Nissan Leaf compact, and the electric Hyundai Kona SUV—were cheaper than their gasoline counterparts in 48 states and Washington DC. But no state offered a consistently better deal for EVs than the Garden State (home to 3.9 million private automobiles)…”

The Southwest’s Drought and Fires are a Window to Our Climate Change Future. ProPublica connects the dots with an interview: “…The concentration of carbon dioxide in Earth’s atmosphere has reached its highest level in recorded human history. Again. In April, the level of CO2 was 27% higher than it was 50 years ago, according to the latest data from the National Oceanic and Atmospheric Administration and the Scripps Institution of Oceanography. (Methane, a gas with about 85 times the near-term warming effect of CO2, has risen more than 16% since 1984, the first full year that NOAA collected data.) Each spring, going back decades, we have surpassed the previous year’s CO2 record, as humans continue burning hydrocarbons at breathtaking rates, releasing greenhouse gasses. That impacts temperatures, precipitation, the intensity of storms and other weather patterns. Across the American Southwest, this has amplified record droughts and fires…”

The Kids Are Not OK. An Op-Ed at Yale Climate Connections delves into the frustrations felt by many younger people right now when it comes to climate action: “…So I learned a lot today. I learned that the youth who brought the climate crisis to the attention of the world don’t necessarily see that attention as a victory. Back then, when there was silence and denial, inaction could be explained by climate not being enough of a topic for anyone to care or act. In great part due to the climate strikes of 2018-2019, climate skyrocketed to the top of the agenda, on the surface at least. And as a result, inaction is now perceived as a deliberate, inevitable choice. The grown-ups (and their grown-ups) know they are hurting and harming the youth and they are still doing it. The hurt and despair are immense. No wonder the high school students were muttering while I was pontificating to them about emissions and degrees of warming and impacts. None of that is seen to matter. It’s like coming to a Victorian school and pointing out to the students that sticks are used to beat them, and that beatings hurt. Like, duh. They know already. What they need to know is how to take the stick away from the adults. They need to know how to become a counter-power who can take away our ability to harm them...”

What Is Your Home’s Wildfire Risk Score? Every Single U.S. Home Gets a New Rating. A post at The Daily Beast caught my eye: “With global warming to blame for a spike in wildfires across the U.S., a private firm has just made it possible to check the level of risk by ZIP Code. First Street Foundation released its searchable database on Monday, and gives a ranking to each home in the U.S. based on past events, current risks, and future projections. A map that shows darkened areas in fire-prone regions also provides a handy tool for those who might not know the risks to their region. “For too long, we have let people live in communities, and even attracted them to join a community, while keeping them in a state of ignorance about the risk that they’re under,” Roy Wright, a former head of risk mitigation at the Federal Emergency Management Agency, who was involved in the project, told TheNew York Times...”

To check on your home’s wildfire and flood risk score click on https://www.riskfactor.com/