Say It Ain’t Snow In The Upper Midwest! – National Weather Outlook For October 15, 2022 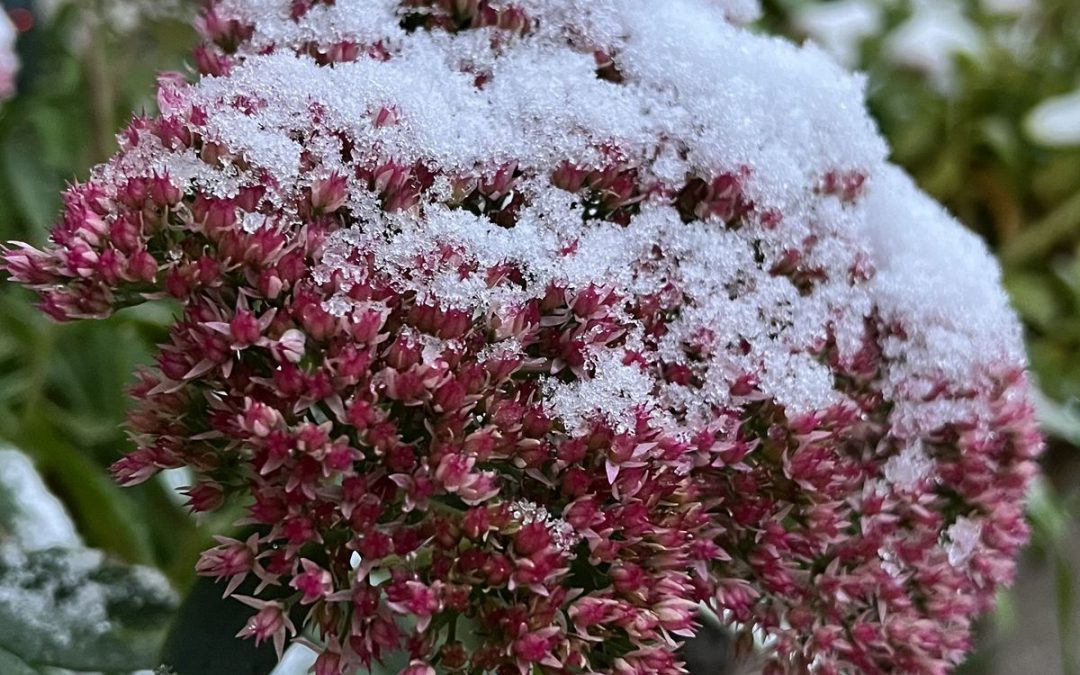 And So Winter Has Begun…

It was a snowy Friday morning across the metro, with many waking up to lawns, trees, and even decks covered with snow. The good news is that we didn’t really see any travel issues with the snow. But it did make the fall colors stick out a bit more against the white snow (and gray sky) background!

Looking at CoCoRaHS observations through the early Friday morning hours, the heaviest snow amounts were mainly in the north metro, where 1.8” was reported near Stillwater with 1.5” in areas like Brooklyn Park, Lino Lakes, and East Bethel.

Snow totals in parts of northern Minnesota were a touch heavier. Looking at CoCoRaHS observations from the morning hours Friday, 3” fell near Sturgeon Lake with up to around 2.5” around Duluth.

On Saturday, we will watch the chance of showers and thunderstorms from the Southwest to the Tennessee River Valley. A few of those storms, mainly from Oklahoma to the Mississippi River Valley, could be strong. Several areas of low pressure will bring rain and snow chances from the upper Midwest, across the northern and eastern Great Lakes, and into New England. Some storms will also be possible in southern Florida.

The heaviest rain across the nation through Sunday evening will fall in New England, though most of that will have fallen Friday into Friday Night. In some of those locations, over 3” of rain is possible. At least 1-2” of rain will also be possible from the Southwest into the Southern Plains.

More from PV Magazine: “Annual rooftop solar installations more than double from six systems per thousand households, when households break even on a rooftop solar investment, to 14 systems per thousand households, when adding rooftop solar earns them a net present value, or “profit,” of $1,000 over 20 years, a study has estimated. The numbers of systems are based on an average residential rooftop PV system size of 5 kW. The rooftop solar adoption model was based on solar installation data from California, Massachusetts, Arizona, Germany and Japan from 2005 to 2016. A study presenting the model was published in the journal Renewable Energy. The Sierra Club used the model, along with other arguments, to persuade Minnesota regulators to require utility Xcel Energy to evaluate, in its next resource plan, incentivizing distributed solar to substitute for more costly types of generation, thereby saving all customers money.”

The Climate Transition Will Do Wonders for National Security

More from The American Prospect: “Let me review some news over the past week. First, Vladimir Putin has escalated his war of aggression in Ukraine in response to Russian defeats in the field by lobbing rockets and bombs randomly into civilian neighborhoods in Kyiv and other cities—a blatant war crime. Second, the Saudi dictatorship defiantly brushed off criticism from the United States and others over its decision to lead oil-exporting nations in OPEC+ to cut production by two million barrels per day. Third, the latest inflation report showed unexpectedly high price increases, again, driven in part by high energy costs as Europe, which has been largely cut off from Russian energy supplies, bids up the price of liquefied natural gas. That’s carbon energy for you. It enables the worst dictatorships on the planet, and puts nations at a high risk of energy shortages and wild price fluctuations. But conversely, we see that abandoning fossil fuels for solar, wind, geothermal, nuclear, and other zero-carbon technologies will not just help with climate change, it will also enormously improve national security.”

More from Axios: “The long-awaited Biden administration national security strategy puts climate change at the center of policymaking toward China, the Arctic, and many other parts of the globe. Why it matters: The strategy released Wednesday by the White House integrates global warming into national security policy to an unprecedented extent, making clear the administration views the issue as “the existential challenge of our time.” Driving the news: The shrinking window to meet the Paris Agreement targets is one of several dynamics at play that will either point toward a more stable world or help usher in “[a]n age of conflict and discord,” per the White House.”