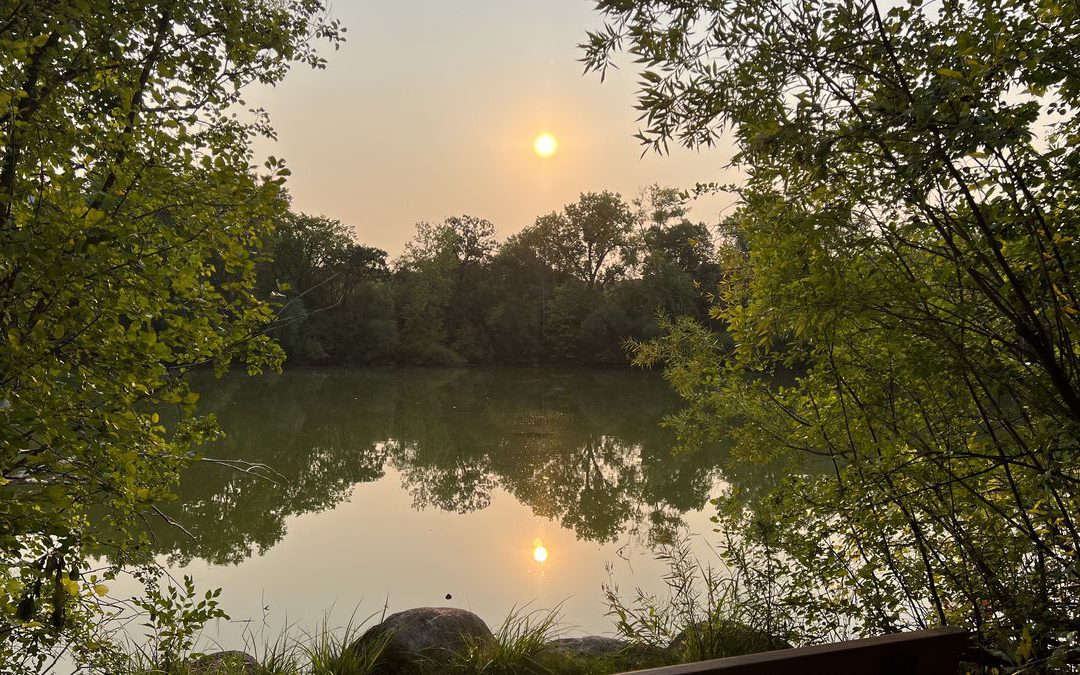 As smoke continues to stick around in the atmosphere, it was another fiery morning sunrise Wednesday across the region. This was my view in Eden Prairie Wednesday morning.

The AirNow Fire and Smoke Map shows that smoke from the western United States and Canada continues to spread across the upper Midwest, with greater concentrations in western Minnesota during the morning hours on Wednesday. The good news is that this smoke is staying elevated, but some areas in the metro and across southern Minnesota have seen Moderate air quality values.

On Thursday, a stalled out boundary from near the Texas coast across the Gulf of Mexico to Florida will bring the threat of storms. Storms will also be possible with a system in the upper Midwest back into the Rockies. At some of the higher elevations of the Rockies, some snow could mix in.

Power outages are on the rise, led by Texas, Michigan and California. Here’s what’s to blame

More from CNN: “Power outages in the US are climbing, researchers reported Wednesday, as extreme weather gets worse due to the climate crisis, the demand for electricity climbs and the country’s energy infrastructure gets older and more vulnerable. The analysis from Climate Central, a nonprofit research group, revealed that from 2000 to 2021, 83% of all reported power outages were caused by a weather-related event, from drought-fueled wildfires to damaging storms such as tornadoes and hurricanes — many of which will only intensify as the climate warms. And those numbers are on an upward trend. Researchers reported that outages in the past 10 years had increased by 64% compared with the previous decade.”

More from Grist: “Cranberry farmers in Massachusetts have had to contend with wildly fluctuating environmental conditions over the past several years. The 2015 and 2017 storms Hanlon referred to killed some coastal Massachusetts cranberry bogs when they flooded them with sea water, extreme temperatures and drought parched vines in 2020, and a deluge of rainfall pickled the state’s cranberry crop last year, leading to a nationwide shortage. Massachusetts is the second-largest producer of cranberries in the nation behind Wisconsin, which also had a bad growing season last year.”

More from The Guardian: “Private equity firms pumping billions of dollars into dirty energy projects are exposing investors, including pensioners, to unknown financial risks as the planet burns and governments face escalating pressure to act, new research finds. The first-of-its-kind climate risks scorecard ranks Carlyle, Warburg Pincus and KKR as the worst offenders among eight major private equity companies with significant fossil fuel portfolios. All three continue investing heavily in greenhouse-gas-emitting projects with no adequate plan on transitioning away from oil and gas, according to the analysis by two financial watchdog non-profits of publicly available information. The firms also have scant transparency on political and climate lobbying, the report finds.”