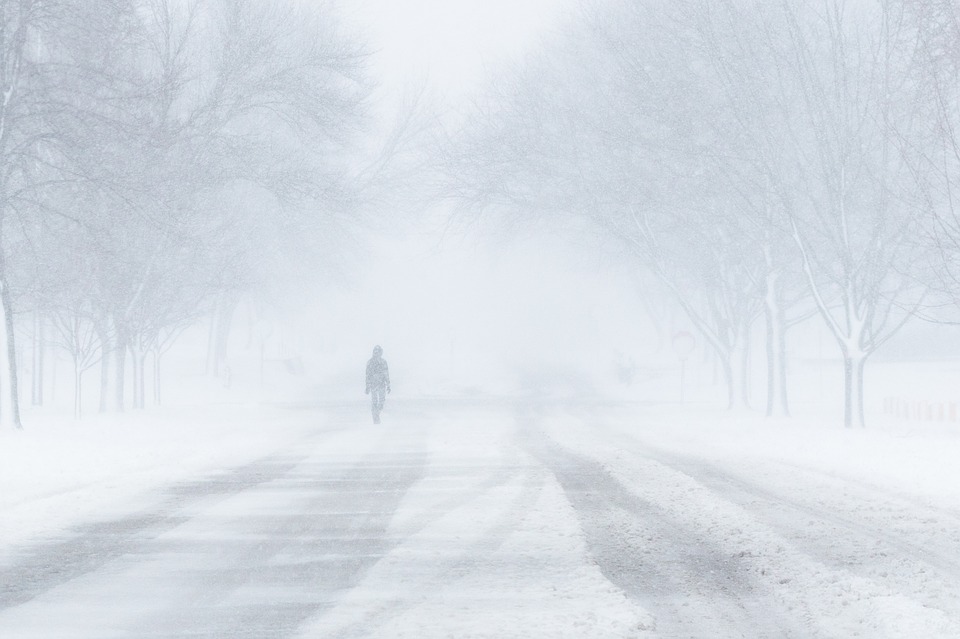 The powerful system across the Great Lakes will continue on Friday, bringing heavy snow to the region and high winds from the Upper Midwest to the Northeast. Another system in the Northwest will bring rain, snow, and ice concerns.

With this powerful system, cold air will continue to spread south and east across the eastern two-thirds of the nation over the next few days.

Meanwhile, we are tracking another system that’ll move into the Pacific Northwest into Friday, bringing the threat of snow and ice to the region – including in Seattle and Portland. Significant icing could fall around the Portland area, where at least a quarter to a half an inch of ice is possible. The greatest icing threat in Portland will be tonight into Friday. Snow and ice will greatly impact travel across the region and could cause power outages.

How cold is it about to get? Iguanas may fall from trees in Florida.

More from the Washington Post: “Watch out for falling iguanas in South Florida this Christmas. Seriously. This week, a massive storm system is forecast to bring blizzard conditions, wind chills and Arctic cold to the Lower 48. Nearly 70 million people are under winter storm watches or warnings in the Midwest, Great Lakes and Appalachians, while 90 million are under wind chill alerts. The frigid air is also expected to immobilize coldblooded animals. Iguanas sleeping in trees may lose their grip and drop to the ground. Sea turtles may stun and blow ashore from Texas to New England.”

More from the Star Tribune: “Google has backed out of plans to build a $600 million data center in Becker, a blow to the city as well as Sherburne County and Xcel Energy. The data center, announced in January 2019, was heralded as one of the largest construction projects in recent state history and as a regional economic balm. Google also would have become one of Xcel’s five largest customers. But Google’s affiliate, Honeycrisp Power, did not provide Xcel with a notice to proceed with the project by a recent deadline, Xcel said in a filing with Minnesota utility regulators. So, Minneapolis-based Xcel terminated its electric service agreements with Google on Dec. 8.”

‘We’re Not There Yet’: The Booming Electric Car Market Still Has A Long Road Ahead Of It

More from Forbes: “U.S. drivers bought electric cars and trucks at a record rate in 2022, heralding double-digit growth in 2023 as major automakers and startups roll out eye-catching new models. But high sticker prices, costly batteries and lingering concerns about charging infrastructure will continue to constrain growth—particularly outside of California. Sales of EVs are projected to be about 800,000 units in 2022, accounting for more than 5% of the overall market, according to Cox Automotive. Plans for new models and production facilities, including tens of billions of dollars being poured into new plants to make batteries for companies including General Motors, Ford and Hyundai mean the segment could grow by about 20% next year and hit the one million-unit level, reaching as much as 8% of total U.S. volume, according to Cox. It’s an impressive figure, but it also means that gasoline-powered autos will still account for more than 90% of sales.”