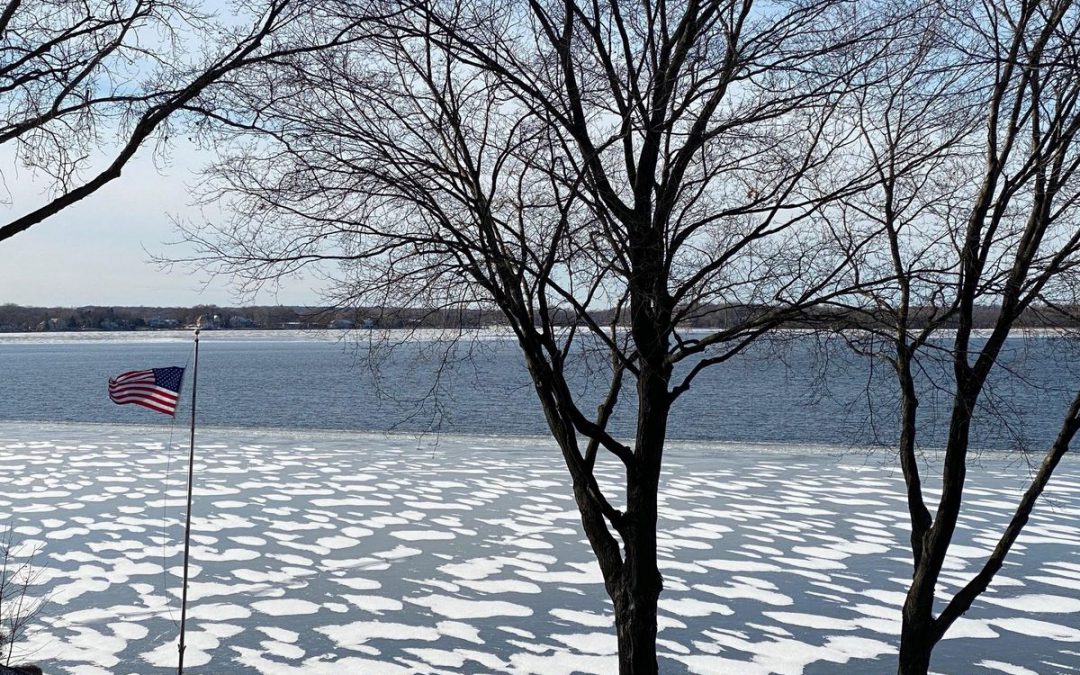 We May Get That White Christmas After All

Turns out Mother Nature is a bit of a drama queen. After teasing winter weather lovers with the snowiest Minnesota October on record, winter has been playing hard to get in recent weeks. My puke-colored lawn is mocking me now.

It’ll come down to the wire, but don’t write off a white Christmas yet. After a few more relatively mild days jet stream steering winds buckle by the middle of next week, spinning up a fast-moving storm capable of a few inches of wintry fun late Tuesday into midday Wednesday. It’s too early for specifics, but yes, a few inches of powder may fall.

Which brings up a meteorological axiom: fresh bursts of numbing air are (usually) preceded by accumulating snow. Not always, but most of the time.

One thing is quite certain: your jingle bells may freeze solid by late next week. ECMWF predicts a metro high of -3F Christmas Eve. NOAA’s GFS model says 4 above. All or nothing.

A thaw is likely after Christmas and most climate models show a mild signal much of January. We shall see.

First Arctic Front of the Winter. Subzero temperatures are likely late next week, just in time for Christmas, and I could see chill factors dipping to -30F for about 36 hours before a rapid warming trend the weekend after Christmas. Just a subtle yet blunt reminder that it’s December.

Mild Bias To Continue Into Mid-January. NOAA’s CFSv2 forecast from December 18, 2020 through December 17, 2021 predicts overall temperatures some 4-8F warmer than average for Minnesota and the Dakotas. Spasms of numbing air, but milder overall (which seems believable based on the data and models I’m looking at.)

Snowstorm Rages in New England After Burying Parts of New York With More Than 40 Inches. Capital Weather Gang has a few jaw-dropping details: “An early winter wallop of snow, sleet and ice slammed parts of the Mid-Atlantic and Northeast on Wednesday and Thursday, bringing accumulations exceeding 40 inches in spots and a slick glaze of ice for some. Strong shoreline winds and coastal flooding accompanied the system, contributing to near-blizzard conditions as the intensifying strip of low pressure swept northeast. Sixty million Americans were placed under advisories, watches or warnings in advance of the storm, which was continuing to pivot into northern New England early Thursday afternoon. One snowfall jackpot as of sunrise Thursday was near the National Weather Service office in Binghamton, N.Y., where a staggering 39.6 inches had fallen by 7 a.m. It observed an astonishing 20.5 inches in six hours…”

Growing Drought. Exceptional drought is being reported across much of the southwestern USA, with pockets of moderate drought showing up over Minnesota’s Red River Valley and far west central counties. Click here for more details from the U.S. Drought Monitor.

Relatively Mild Into Tuesday, Then Turning Much Colder. We may hit 40F Sunday and again Monday before a temperature slide next week, accelerating after a potential snow event next Wednesday.

A Brief, Concentrated Shot of Arctic Goodness. We go off a temperature cliff the middle of next week with daytime highs struggling to reach zero or low single digits Christmas Eve. Only a couple days of shuddering and shivering; NOAA’s GFS model shows a fairly robust warming the last week of December.

Early January: Mild Signal Persists. This has been the story in recent week: brief spasms of snow and cold, in between longer stretches of relatively mild, Pacific air. That trend may continue into early January if the GFS model (above) is on the right track. Don’t buck the trends, right?

Seeing the Covid-19 Pandemic from Space. NASA imagery is tracking changes brought on by the virus; here’s an excerpt: “Economic and social shutdowns in response to the COVID-19 pandemic have led to noticeable changes in Earth’s environment, at least for the short term. NASA researchers are using satellite and ground-based observations to track these impacts on our air, land, water, and climate. These datasets have been collected in a free and openly available online dashboard. The NASA COVID-19 Dashboard features data collected by Earth-observing satellites, instruments aboard the International Space Station, and sensitive ground-based networks…”

30 F. high in the Twin Cities on Thursday.

December 18, 1917: Milaca has its fifty-ninth consecutive day with no precipitation.

How Buying Stuff Drives Climate Change. Especially over the holidays, as Columbia University’s State of the Planet explains: “Did you know that Americans produce 25 percent more waste than usual between Thanksgiving and New Year’s Day, sending an additional one million tons a week to landfills? This COVID-19 holiday season, with online shopping the preferred gift giving method for many, we will likely generate even more waste mailing packages all over the country. In addition, over two billion Christmas cards are mailed every year, with enough paper to fill a football field 10 stories high. More than 38,000 miles of ribbon are thrown away and usually end up in landfills. Over the holidays, Americans discard half their total yearly paper waste, mostly holiday wrapping and decorations—about nine billion tons. And each person wastes almost 100 pounds of food…”

Minnesota Power Reaches 50% Renewable Energy. Cost (for renewables) are falling and the tide is turning. Star Tribune has the story: “Every other light bulb across a wide swath of northeastern and central Minnesota is now powered exclusively by wind, solar and hydro electricity. Minnesota Power announced Wednesday it had reached its goal of 50% renewable energy, the first utility in the state to hit the milestone. The Duluth-based utility did so ahead of its 2021 goal. “We’ve been really thoughtful and balanced in laying out a vision in advancing a sustainable future for our customers,” said Julie Pierce, vice president of strategy and planning. “The transformation is not over — this is not the end milestone...”

BlackRock CEO Larry Fink on Climate Change and ESG Investing. Follow the money. CNBC.com explains: “Investors are increasingly interested in companies that are environmentally and socially conscious, and the world’s largest asset manager is no exception. In an annual letter to CEOs earlier this year, BlackRock Chairman and CEO Larry Fink said “climate change has become a defining factor in companies’ long-term prospects … But awareness is rapidly changing, and I believe we are on the edge of a fundamental reshaping of finance.” Now, the firm has updated its global principles and guidelines to reflect its commitment to climate and diversity…”

Air Pollution Listed as Cause of UK Girl’s Death, Coroner Rules. CNN.com has the story: “A 9-year-old girl who died after an asthma attack is thought to be the first person in the world to have air pollution listed as a cause of death in a landmark coroner’s ruling. Ella Kissi-Debrah lived in Lewisham, southeast London, near one of the UK capital’s busiest roads, the South Circular. She died in hospital in February 2013 after suffering a cardiac arrest from which she could not be resuscitated, the coroner reported on Wednesday. The girl suffered from severe asthma that caused episodes of cardiac and respiratory arrest, and frequent emergency hospital admissions over three years...”

Defense Experts Call on Biden to Ready Military for Climate Change. Here’s an excerpt from a post at Scientific American: “…The U.S. military budget in fiscal year 2019 was $686.1 billion, which included $244.4 billion in operations and maintenance and $138.6 billion in personnel. The panelists said at least part of the hundreds of billions of dollars Biden planned to invest in clean energy could go to security projects, including microgrid investments domestically or support for countries with unsustainable energy infrastructure abroad, if they had national security relevance. “We have to make climate change a key part of literally every part of government responsibilities we have,” said retired Navy Vice Adm. Dennis McGinn…”