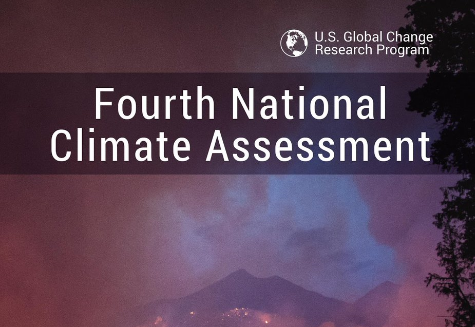 Earth has a history of going through natural heating and cooling stages but the rate at the climate is changing is unprecedented and humans are in the drivers seat. On the 23rd the 4th National Climate Assessment was released. The report highlights the major risks and implications of climate change. Below is the summary of the report from the National Oceanic & Atmospheric Association (NOAA). NOAA was a large contributor to the report.

A new federal report finds that climate change is affecting the natural environment, agriculture, energy production and use, land and water resources, transportation, and human health and welfare across the U.S. and its territories.

NOAA is one of 13  federal agencies that contributed significantly to the Fourth National Climate Assessment.

Water and the coasts