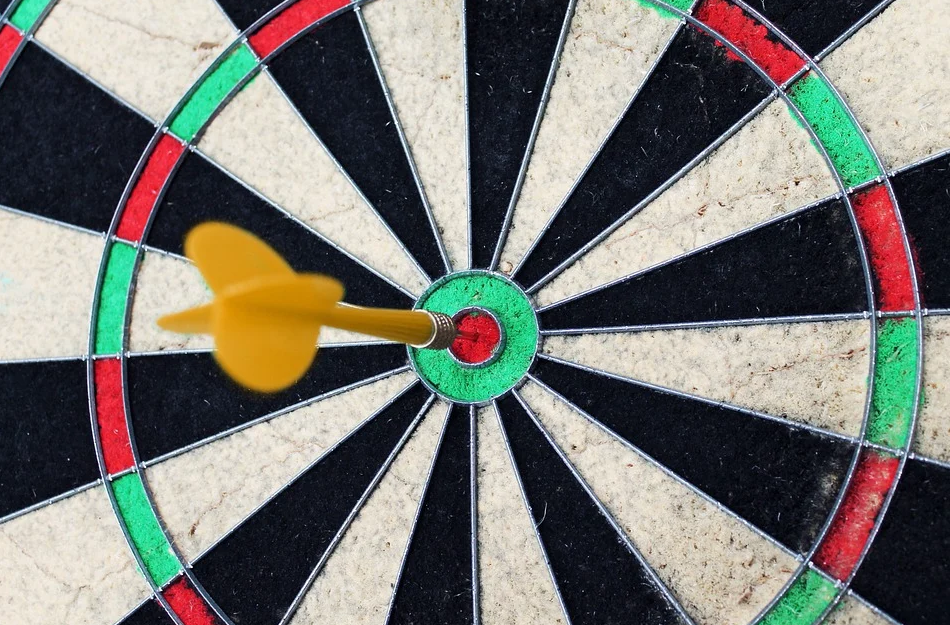 A Raw Weekend But Weather Mellows Next Week

Weather is a metaphor for life: an unpredictable mash-up of good and bad, with only the illusion of control.

In my muddled mind I consider the blustery showers rushing past my window cosmic payback for last week’s 80s. The reality? It gets chilly in autumn. First freeze and flakes arrive in October, for most of Minnesota. The first accumulating snow usually holds off until November. The first “polar vortex” get-me-out-of-here cold wave? Usually late December into January.

A cold shot sputters southward today, sparking showery rains into Thursday. After a brief break Friday another clipper whips up more cold showers Saturday. Up north it may be cold enough for a coating of slush over the Arrowhead. Skies brighten Sunday as the atmosphere gets serious about shifting gears.

Steering winds aloft guide milder, Pacific air back into Minnesota next week with a run of 60s, even a couple days above 70. NOAA’s GFS weather model shows 60s and 70s into mid-October.

I wasn’t kidding about jackets and shorts in the same closet.

A Hopeful Forecast: More Accurate Long-Term Weather Predictions. Good news (for people living in the tropics) but pesky chaos theory quickly comes into play – don’t get your hopes too high too fast. The New York Times (paywall) reports; here’s an excerpt: “...In the ’90s, we had almost no satellite observations in the southern hemisphere,” she said. “Since then, the number and quality of satellite observations has increased substantially,” so our ability to make accurate forecasts in the southern hemisphere is almost as good as in the northern hemisphere. Additionally, the global weather models that are now in development can simulate showers and thunderstorms, Dr. Judt says, whereas existing models cannot. This, coupled with a series of weather satellites set to launch over the next few years, should translate to longer lead times for tropical forecasts. “We should see an improvement in tropical weather prediction in the next 10 years,” he said…”

Showery Rains – Gusty Winds. Mother Nature turns the wind machine back on today with gusts as high as 35 mph. Throw in a few windswept showers and temperatures in the 50s and you have a fairly unpleasant Wednesday. 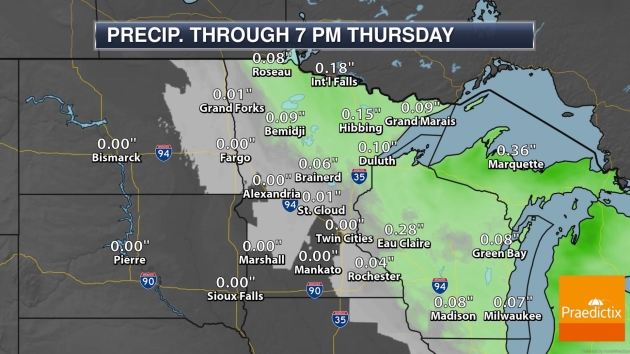 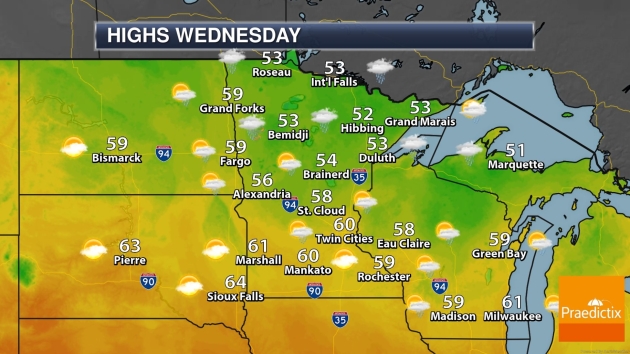 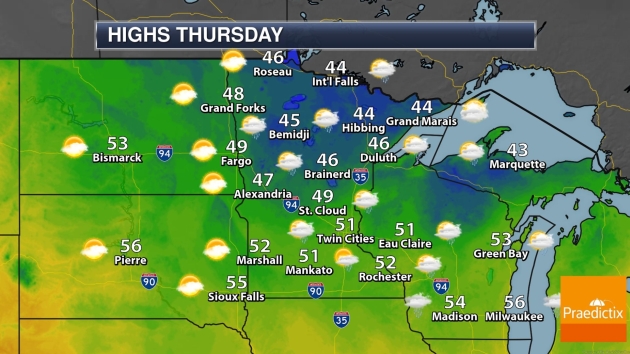 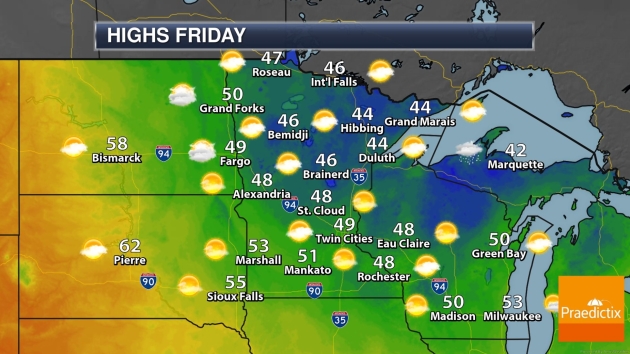 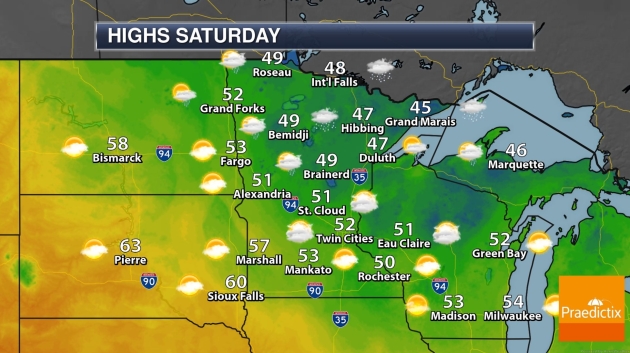 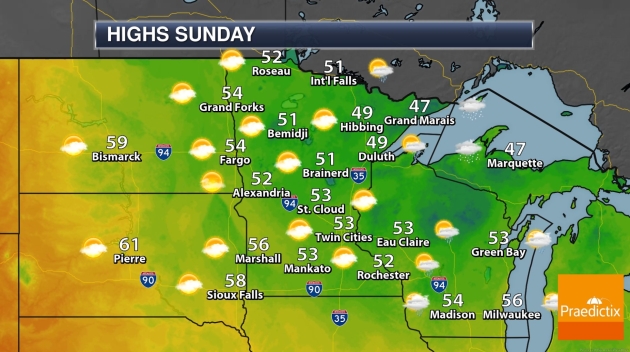 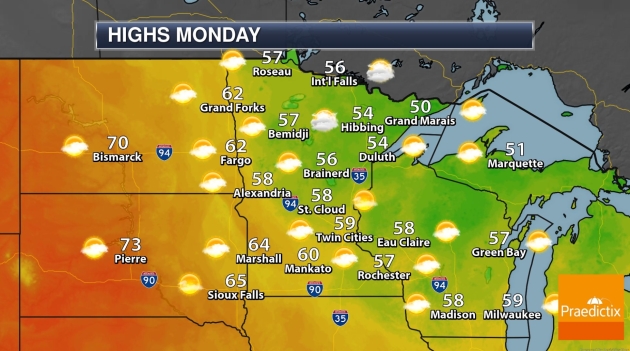 A Raw Weekend, But Mellowing Next Week. All the models I’ve looked at show a warming trend into next week, but temperatures Friday and Saturday will be 10-20F colder than average with a potential for a little slushy snow over the Minnesota Arrowhead. Map sequence above: Praedictix and AerisWeather. 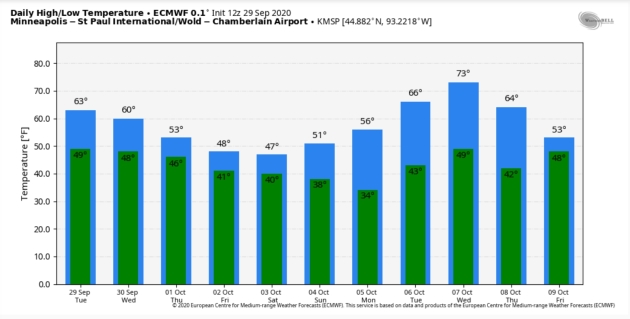 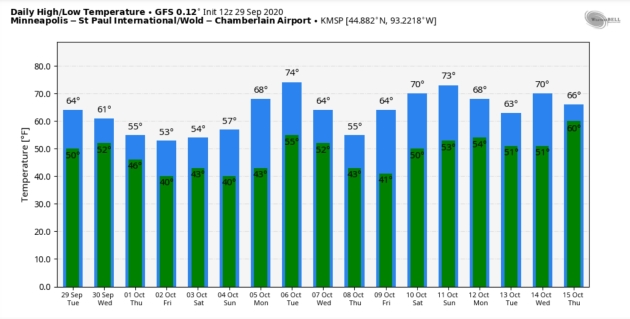 Trending Milder. Heavy jackets into Sunday morning give way to a risk of shorts and even a few T-shirts by the second week of October with a string of 60s, even a few 70s. ECMWF (top) and NOAA GFS (bottom) guidance courtesy of WeatherBell. 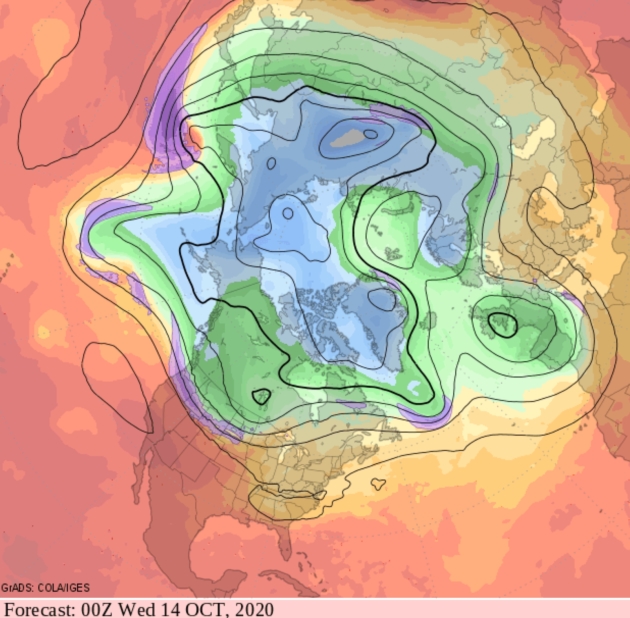 Turning Colder Third Week of October? We are peering over the horizon, and the crystal ball is (always) murky beyond a week or two, but it wouldn’t surprise me to see unusual warmth in mid-October followed by another cool-down during the third week of the month. 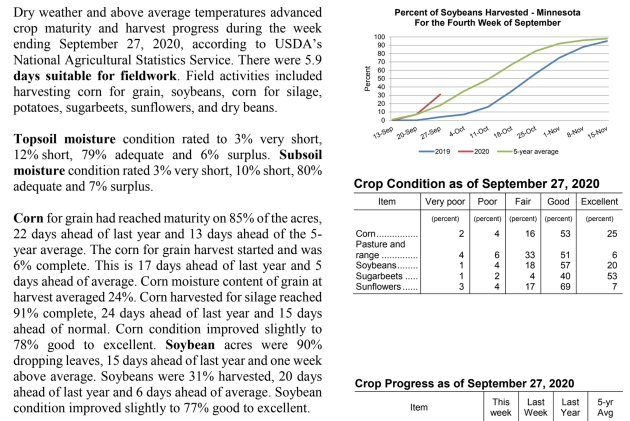 Glass Fire Forces 70,000 To Flee, Incinerating 1 Acre Every 5 Seconds: Climate Nexus has headlines and links: “More than 70,000 people in Sonoma and Napa counties have been forced to evacuate their homes as the Glass fire continued to rip through Northern California. NOAA satellite images showed the fire growing overnight Sunday at a rate of about one acre every five seconds. At that rate, the fire would have consumed an area the size of the country’s largest Walmart Supercenter in about 30 seconds. Experts say climate change, caused by burning fossil fuels, is making wildfires worse and more frequent, in part because extreme heat dries out vegetation and makes it more flammable. “I keep joking I want to move to Florida because you still get coastal access to the beach and you have several days to plan for a hurricane,” Kristi Horn, who evacuated her home for the second time this year, told the New York Times. “For fires, you’re woken up in the middle of the night,” she added. The moderator of the first presidential debate, which takes place tonight, has said there will be no questions on climate change, despite polling that shows 74% of voters want to see debate moderators ask climate questions.” (Santa Rosa Press-Democrat, CNN, Washington Post $, New York Times $, AP; Zogg Fire deaths: Sacramento Bee; Climate Signals background: Wildfires, 2020 Western wildfire season)

Why the 2020 Atlantic Hurricane Season Has Spun Out of Control. Jack Henson reports for Capital Weather Gang: “…One of the most obvious culprits is La Niña, whose arrival was confirmed by the National Oceanic and Atmospheric Administration on Sept. 10. La Niña, a semiregular cooling of the eastern tropical Pacific, tends to reduce the wind shear that can impede Atlantic hurricane formation. A La Niña is only present about every third hurricane season, though — so by itself, it doesn’t fully explain why 2020 is so extraordinarily active. Sizzling oceans, supercharged by climate change, may be an even bigger factor. Most of the tropical and subtropical Atlantic, including the Gulf of Mexico, has run warmer than average through the season, with sea surface temperatures (SSTs) at or near record values in some areas…”

Homes Are Flooding Outside FEMA’s 100-Year Flood Zones, and Racial Inequality is Showing Through. Here’s a clip from a post at The Conversation: “…New research suggests that nearly twice as many properties are at risk from a 100-year flood today than the Federal Emergency Management Agency’s flood maps indicate. Unfortunately, many of the people living in those properties have no idea that their homes are at risk until the floodwaters rise. I am a sociologist who works on disaster vulnerability. In a new study, I looked at the makeup of communities in Houston that aren’t in the 100-year flood zone, but that still flood. What I found tells a story of racial disparities in the city. Research in other cities has shown similar flooding problems in predominantly Black and Hispanic neighborhoods...”

New Super-Enzyme Eats Plastic Bottles Six Times Faster. I hope whoever brings this to market makes trillions of dollars. The Guardian reports: “A super-enzyme that degrades plastic bottles six times faster than before has been created by scientists and could be used for recycling within a year or two. The super-enzyme, derived from bacteria that naturally evolved the ability to eat plastic, enables the full recycling of the bottles. Scientists believe combining it with enzymes that break down cotton would also allow mixed-fabric clothing to be recycled. Today, millions of tons of such clothing is either dumped in landfill or incinerated. Plastic pollution has contaminated the whole planet, from the Arctic to the deepest oceans, and people are now known to consume and breathe microplastic particles…” 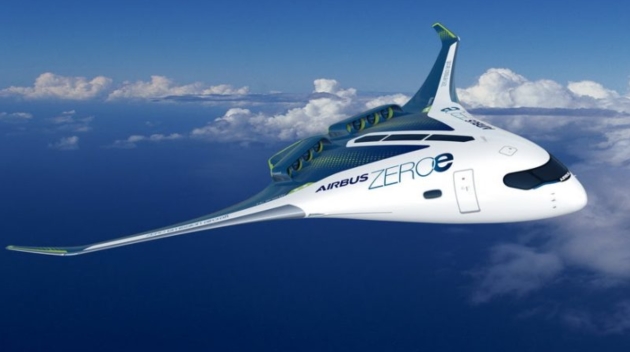 Airbus Reveals “Zero-Emission” Plan Plan. EURACTIV.com has the post: “Aerospace giant Airbus has announced plans to build “zero-emission” aircraft using hydrogen power technology. On Monday (21 September), the firm revealed three concept designs that are on the table and is targeting a 2035 entry-into-service. Airbus is working on three designs for aircraft that could be zero-emission, which range from a conventional turbofan jet with space for 200 passengers to a ‘blended wing’ concept that is a significant departure from the current generation of planes. “These concepts will help us explore and mature the design and layout of the world’s first climate-neutral, zero-emission commercial aircraft, which we aim to put into service by 2035,” said CEO Guillaume Faury...”

Image credit: “The blended wing design is the most radical option being considered by Airbus.” Photo: Airbus. 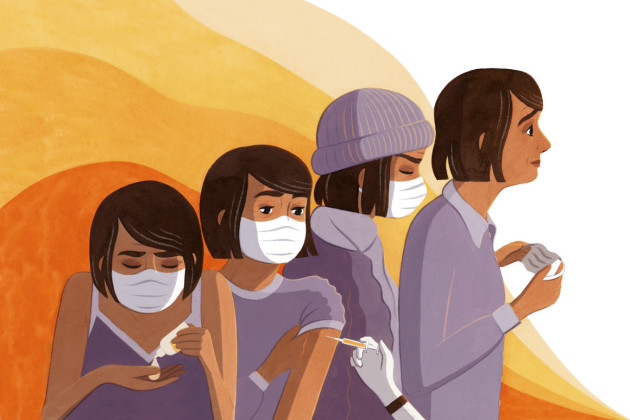 Here’s How the Pandemic Finally Ends. Politico lays out the most likely scenarios: “…This is the end of the coronavirus pandemic. And this is how it could happen in the United States: By November 2021, most Americans have received two doses of a vaccine that, while not gloriously effective, fights the disease in more cases than not. Meanwhile, Americans continue to wear masks and avoid large gatherings, and the Covid-19 numbers drop steadily after a series of surges earlier in the year. Eventually, as more and more Americans develop immunity through exposure and vaccination, and as treatments become more effective, Covid-19 recedes into the swarm of ordinary illnesses Americans get every winter…”

Charting the Pandemic Over the Next 12 Months. STAT provides more perspective: “…Now — with health authorities saying it may not be until at least the end of 2021 before there’s a degree of post-Covid normalcy in our lives — look forward. Imagine the next 15 months and what life will be like. In this project, STAT describes 30 key moments, possible turning points that could steer the pandemic onto a different course or barometers for how the virus is reshaping our lives, from rituals like Halloween and the Super Bowl, to what school could look like, to just how long we might be incorporating precautions into our routines...” 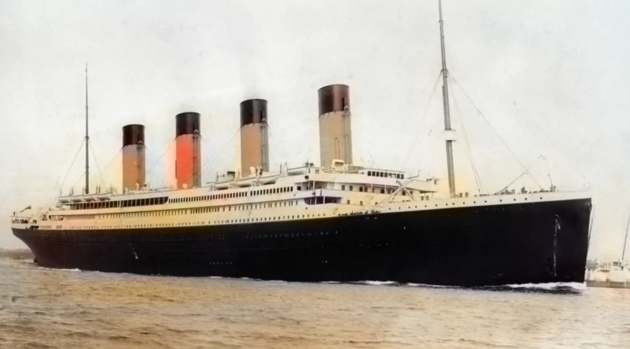 Did the Northern Lights Play a Role in the Sinking of the Titanic? A New Paper Says It’s Possible. Hadn’t thought of this scenario, explained at Mental Floss: “…Zinkova argues that while the lights themselves didn’t lead the Titanic on a crash course with the iceberg, a solar storm that night might have. The northern lights are the product of solar particles colliding and reacting with gas molecules in Earth’s atmosphere. A vivid aurora is the result of a solar storm expelling energy from the sun’s surface. In addition to causing colorful lights to appear in the sky, solar storms can also interfere with magnetic equipment on Earth. Compasses are susceptible to electromagnetic pulses from the sun. Zinkova writes that the storm would have only had to shift the ship’s compass by 0.5 degrees to guide it off a safe course and toward the iceberg…”

64 F. high in the Twin Cities on Tuesday.

September 30, 1995: Lightning starts a house on fire in Washington County.