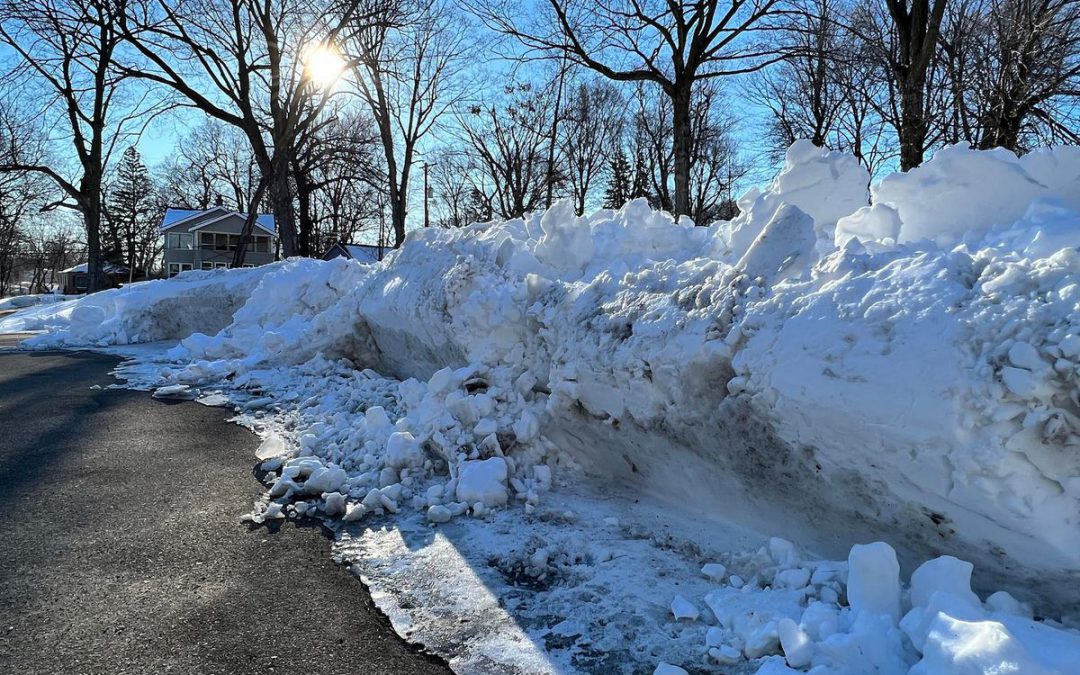 Forecast Calls For a Rapid Meltdown

“Beware the Ides of March”? I think most of us will be just fine with March 15, 2022, as temperatures poke into the 50s, a preview of April-like warmth to come with a run of 50s into next week. If everything goes just right, a few overly-optimistic bank thermometers may flash 60F on the drive home tomorrow, again Sunday afternoon.

The sun is as high in the sky as it was in late September, and it was just a matter of time before the coldest air of winter retreated north of Hudson Bay. A persistent La Nina cooling phase of the Pacific Ocean kept us colder than average this winter. But no record lows in the metro. No media Polar-Vortex-Babble. Still a far cry from 2013-2014.

The short-range outlook calls for potholes, muck, unpleasant doggy treats emerging in your backyard, a trickle of liquid water in your drainspouts and a few chirping birds to lift your spirits. Weather models show a good chance of a soaking rain early next week.

Do you like snow? Play in it ASAP. The Meltdown of 2022 is underway.

More April Than March. After a rough winter (3F colder than average with 27 subzero nights at MSP) I’m happy to report that 50s will be the norm into much of next week. Temperatures should run 10-20F above average looking out the next 10 days or so with no real “weather” to speak of until early next week, when a surge of rain from a southern storm will arrive.

Mild, Stormy End to March? NOAA’s GFS model carves out a deep trough over the western U.S. by the end of March, suggesting a mild and potentially stormy pattern for Minnesota and the Upper Midwest with frequent rain, even a few T-storms and bouts of snow. Typical for March.

Mild Bias Into June? As La Nina fades into an “ENSO Neutral” phase (no cooling or warming of the equatorial Pacific) temperatures are forecast to trend warmer than average from April into June by most (but not all) climate models. Place your bets.

March Snow Facts. Axios Twin Cities reminded me that 3 of the Twin Cities’ Top 10 Snowfalls occurred in March. It’s a bit premature to retire the snow shovel for the season.

Communities of Color See Spike in Flood-Related Illness After Hurricanes. Yale E360 has a good summary; here’s an excerpt: “In the wake of 2016’s Hurricane Matthew and 2018’s Hurricane Florence, North Carolina emergency rooms saw a spike in visits for diarrhea, vomiting, and nausea, with the largest uptick among older Black and Native American patients, according to a new study. “The issues we saw in terms of difference by race and ethnicity were concerning,” Arbor Quist, lead author of the study and a postdoc at the University of Southern California, told Inside Climate News. “We saw a larger increase amongst Black and American Indian patients, populations that have historically been pushed to less desirable, flood-prone land.” Researchers compared data on emergency room visits across North Carolina with maps of flooding, finding that reports of gastrointestinal complications surged in areas inundated by hurricanes...”

Hurricanes Keep Killing Long After Landfall: Climate Nexus has more perspective, headlines and links: “New research is examining fuller perspectives on the lethality of hurricanes and tropical cyclones and revealing disproportionate harm upon women and people of color. Death rates in areas hit by tropical cyclones are as much as 33% higher in the months following storms, a study published Tuesday in the Journal of the American Medical Association found, with women at a greater risk of injury and death than men within one month of a hurricane. Research published in Science of the Total Environment last month also found an 11% increase in eastern North Carolina emergency room admissions for gastrointestinal illnesses during and after Hurricanes Matthew and Florence in 2016 and 2018. Black and American Indian populations saw the biggest increases, reflecting how those groups “have historically been pushed to less desirable, flood-prone land,” lead author Arbor Quist told Inside Climate News. Heavy rain from storms can flood industrial facilities like hog wastelagoons and coal ash ponds, both of which are common in the region replete with examples of environmental racism.” (JAMA: The Hill, USA Today; North Carolina: Inside Climate News, Yale Environment 360; Climate Signals background: Hurricane Matthew, Hurricane Florence).

Green Groups Say Gas Crisis Makes Transition to Renewables Even More Urgent. A post at TheHill caught my eye; here is the intro: “Environmentalist groups and Democrats see the recent ban on imports of Russian oil and the ban’s effects on American gas prices as a further incentive to accelerate development of renewable energy. The ban came the same week average gas prices in the U.S. hit a record high, and although the U.S. only imports a fraction of oil from Russia, during his speech announcing the ban, President Biden acknowledged the move would likely lead to even higher prices. Republicans and the fossil fuel industry have said the crisis demonstrates the need for further fossil fuel exploration domestically, but Democrats and environmentalists argue the economic pinch underscores the need to make the U.S. more energy independent, and to invest in green solutions…”