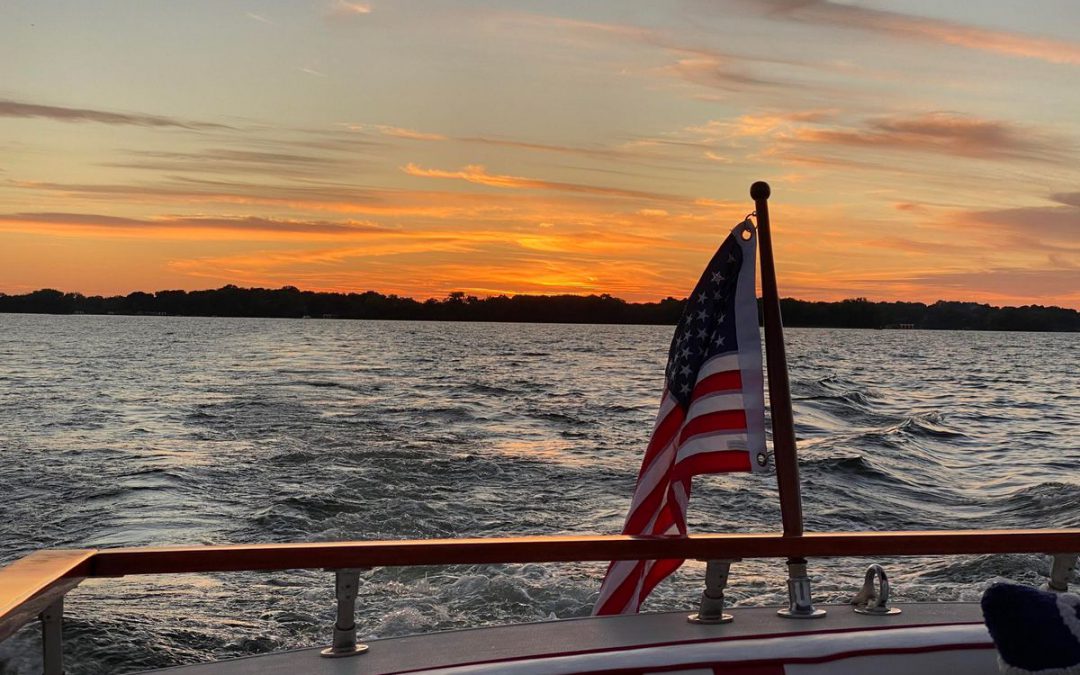 A recent study suggests that Vermont is the most “climate-safe” state in the US. That may be so, but I suspect Minnesota will get its fair share of climate refugees in years to come.

How so? Californians worried about wildfires and months of choking smoke. Arizonans concerned about hotter hots and water shortages. Residents of the Gulf Coast unable or unwilling to put up with a parade of increasingly intense and wet hurricanes.

Minnesotans will still wrestle with snow, ice and polar pops, but in the Pantheon of Weather Extremes slapping on a few more layers may almost be tolerable.

Labor Day weekend was a meteorological miracle but autumnal air and 30 mph wind gusts today remind us the sun is as high in the sky as it was in early April.

I don’t see much rain in the forecast until Sunday and Monday of next week. Temperatures may top 80F between Friday and Tuesday, so keep the shorts handy.

Hibbing woke up to 32F Monday, but I predict the autumn of 2021 will wind up milder than normal.

It appears to be a trend.

A Cooler Front. Winds gust over 30 mph at times today as cooler air rushes south of the border, showers pushing into the Great Lakes with a mix of clouds and sun for Minnesota.

Consistent 70s. Temperatures run close to average through early next week with generally dry weather into Saturday, but a few much-needed showers may pop up Sunday with heavier T-storms in the area next Monday.

Warm Bias Continues Well Into September. I see blips of cooler air, but no full-frontal cold fronts looking out the next couple of weeks. Another warmer-than-average month seems likely.

Hurricane Larry Remains At Sea. Bermuda will experience coastal flooding and gusty winds, but all models keep Category 3 Larry well out in the Atlantic in the coming days.

Water Stress Increases Need for Reliable Weather Data to Power US Agriculture. Here’s an excerpt of a post I wrote for AerisWeather focused on climate volatility and ag: “…Farmers are witnessing water extremes in their fields – growing the crops the world needs to thrive and survive has never been more challenging. New times require new tools, powered by an army of sensors, next-generation irrigation techniques, and new software solutions better able to manage the weather factors that impact daily operations. It is becoming clear that what worked in the 1980s probably won’t work in the 2020s and beyond. “Farmers have historically relied on a stable climate to align their crop growth cycles and management activities, but with the changing climate growers will increasingly need to rely on data to drive these management decisions”, said Mason Lanphear, Founder of Vital Agronomics LLC, which uses weather data and proprietary software to help farmers manage water risk and maximize yields. “By combining weather forecasts from the AerisWeather platform with granular data from IoT sensors, we can help farmers mitigate these risks and better manage their crops no matter the weather...”

“Long-Haulers” are Fighting for Their Future. Ed Yong reports for The Atlantic; here’s an excerpt: “…After a year and a half, the risk of long COVID, for both unvaccinated and vaccinated people, is one of the pandemic’s biggest and least-addressed unknowns. The condition affects many young, healthy, and athletic people, and even now “none of us can predict who’s going to have persistent symptoms,” Lekshmi Santhosh, the medical director of a long-COVID clinic at UC San Francisco, told me. A small number of fully vaccinated people have become long-haulers after breakthrough infections, although no one knows how common such cases are, because they aren’t being tracked. Mysteries abound; meanwhile, millions of long-haulers are sick…”

September 7, 1990: Strong winds and hail up to 2 inches was reported in Swift, Douglas, Stevens, Kandiyohi, Meeker, Stearns, and Waseca Counties.

September 7, 1922: The fifth consecutive day of 90 degrees or above occurs in the Minneapolis area.

Overlapping Disasters Expose Harsh Climate Reality: The U.S. Is Not Ready. The New York Times (paywall) reports: “In Louisiana and Mississippi, nearly one million people lack electricity and drinking water after a hurricane obliterated power lines. In California, wildfire menaces Lake Tahoe, forcing tens of thousands to flee. In Tennessee, flash floods killed at least 20; hundreds more perished in a heat wave in the Northwest. And in New York City, 7 inches of rain fell in just hours Wednesday, drowning people in their basements. Disasters cascading across the country this summer have exposed a harsh reality: The United States is not ready for the extreme weather that is now becoming frequent as a result of a warming planet. “These events tell us we’re not prepared,” said Alice Hill, who oversaw planning for climate risks on the National Security Council during the Obama administration. “We have built our cities, our communities, to a climate that no longer exists…”

More than 230 Journals Warn 1.5C of Global Warming Could Be “Catastrophic” for Health. Here’s an excerpt of a summary at CNN.com: “…Human health is already being harmed by the climate crisis, and the impacts could become catastrophic and irreversible unless governments do much more to address global warming, the editors of more than 230 medical journals said in a joint editorial Monday. The editorial points to established links between the climate crisis and a slew of adverse health impacts over the past 20 years: Among them are an increase in heat deaths, dehydration and kidney function loss, skin cancer, tropical infections, mental health issues, pregnancy complications, allergies, and heart and lung disease, and deaths associated with them...”

Arctic Warming Led to Colder Winters, Texas Freeze: Study. TheHill has details of new research: “A new study published on Thursday showed warming from climate change in the Arctic led to colder winters in the U.S. and contributed to the deadly freeze that occurred in Texas in February. The study published in the journal Science concluded that a polar vortex has been stretched by warmer weather, causing the cold air normally trapped in the Arctic to move towards other parts of the world. “We use observational analysis to show that a lesser-known stratospheric polar vortex (SPV) disruption that involves wave reflection and stretching of the SPV is linked with extreme cold across parts of Asia and North America, including the recent February 2021 Texas cold wave, and has been increasing over the satellite era,” the study says...”

Climate Change May Have Worsened Deadly Texas Cold Wave. The Capital Weather Gang has more perspective on how what happens in the Arctic doesn’t stay in the Arctic; here’s a clip: “In a study released Thursday in the journal Science, the devastating Texas cold wave in February is linked to a stretching of the polar vortex in the stratosphere miles above ground level. This stretching mode, only recently categorized, has become more common over the last 40 years, the paper finds, and the increase may be related to human-caused climate change. Led by Judah Cohen, a climate scientist at Atmospheric and Environment Research, the new study is the latest salvo in a decade-long debate over how Arctic warming may be driving some winter extremes in the mid-latitudes, paradoxically leading to intense cold spells in a warming climate. The stratospheric polar vortex is a semi-permanent pool of cold air over the poles about 10 to 30 miles high, encircled by strong winds. When the vortex is split in two, or stretched out, associated shifts in the jet stream at lower altitudes can push frigid surface air into the mid-latitudes, including the United States…”

What Part of the US is Safest from Climate Change? A post at Quartz caught my eye. Good news for Vermont and New England, and in general northern tier states, should – in theory – have fewer disruptions than southern and western states. Here’s an excerpt: “…Researchers looked at multiple factors from sea level rise to heat to assess the least risky place to live in the US as the climate warms. Nowhere will escape climate change unscathed. Yet one region emerged well ahead of the rest: the northeastern US. Of the 10 lowest risk counties, seven were located in Vermont, and most of the remaining were in northeastern states like Maine and New York, according to a study by ProPublica and the New York Times Magazine. Data on relative risk for US counties threatened by climate change was compiled from data collected by the Rhodium Group, an independent data-analytics firm, as well as several academic studies…”