Cold/Stormy East – Warm West for Thanksgiving – Mild Bias For Much of USA Into February? 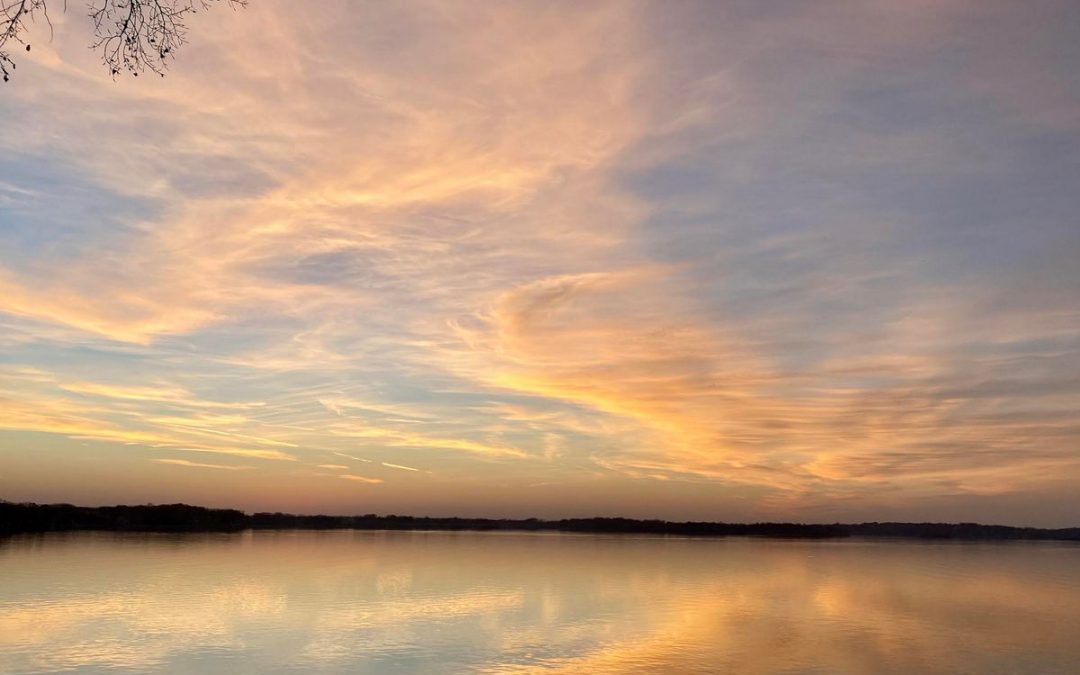 I dare you to go one day without complaining about how early the sun sets. By the way sunset is 4:44pm. 9 hours 32 minutes of daylight. The sun angle in the southern sky is equivalent to January 26.

Which makes me extra-happy we’ll enjoy a high near 50F later today, almost 10F above average. November is running 3.4F milder than average, with a whopping 1.2 inches |PART3:

of snow at MSP. The last I checked meteorological autumn is the 3rd warmest on record in the Twin Cities, to date. We’ve had it pretty easy.

I have good news for Thanksgiving travelers. The pattern won’t favor big storms here anytime soon; storm-free weather should spill into Thanksgiving (brown this year) but a big coastal storm may pummel the East Coast with heavy rain, sleet and snow next week. The western USA will be abnormally mild with chilly weather east of the Mississippi as you head over the river and through the woods to Gramma’s house.

Thanksgiving highs hold in the 20s, but 40s return the last week of November. Our new definition of the expression “warm front”.

Seasonably Chilly. Strong zonal, west-to-east winds howling aloft will mean rapid weather changes and temperatures oscillating 5-15 either side of average for mid-November in the coming days. West winds are historically dry for Minnesota, unable to tap moisture from the Gulf of Mexico. Until we get a consistent flow from the southwest it will be hard to get significant snow events close to home.

Thanksgiving Preview: Cold East, Mild West. A major coastal storm is anticipated on the East Coast next week which may throttle some travel plans, but the western half of the USA will trend significantly warmer than average next week.

Mild Signal to Linger into February? Confidence levels are low, but much of this is consistent with a La Nina phase of ENSO, which often leads to warmer winter for much of the southern USA. Most (not all) climate models suggest temperatures at or slightly above average for Minnesota and much of the Upper Midwest.

Gear and Tips to Winter-Proof Your Home. You probably know this already, but if you’re new to Minnesota here are a few ideas to help you weather the inevitable cold fronts (and save) money, courtesy of WIRED.com (paywall): “…More likely than not if you live in an apartment or an older home, you’ve got gaps in that 90-degree angle where your walls’ baseboards meet your floor. These gaps may not look big, but the amount of cold air rushing through them and into your home is significant. Check around the window frames’ molding for gaps too. If you’re a homeowner, you can install quarter-round (quarter-inch-wide) wooden molding, but most of us either don’t want to take on the expense or get kicked out of our apartments for making unauthorized modifications. If so, caulk is the way to go. Caulking is an acquired skill, but the risks of screwing it up are very low. Experience frosting cakes is a bonus here. Get a bunch of paper towels and get at it…”

The Hail-Proof House? These Minnesotans Are Working On It. Every threat is an opportunity. Star Tribune had an eye-opening story about reinforcing your roof to withstand almost anything Mother Nature can conjure up; here’s a clip: “…Hail streaks are very narrow,” Boulay continued. “Some people might not see hail for a long time while some might be unlucky enough to get hit time and time again.” That’s the nightmare scenario that propelled Heino to search out roofing companies with storm-resistant products. There are three main types. Rubberized asphalt shingles blend the most popular roofing material — asphalt — with a polymer to make thermal- and crack-resistant shingles. Stone-coated metal roofing, which first emerged in the U.K. during World War II, combines stone chips with metal via an acrylic film. And then there’s the one Heino chose, steel shakes strengthened in a stamping process by Edco Products Inc., a family-owned business that sits on a 13-acre campus in Hopkins…”

Why Did NORAD Start Tracking Santa? It’s a story that deserves re-telling, and Mental Floss is up to the task; here’s a clip: “…The tale about NORAD Tracks Santa’s origins usually goes as follows: On December 24, 1955, the red telephone at the Continental Air Defense Command (CONAD) Operations Center in Colorado Springs, Colorado, began ringing. The red phone meant it was either the Pentagon or CONAD commander in chief General Earle Partridge on the other end, and their reason for calling would probably not be pleasant. U.S. Air Force Colonel Harry Shoup, director of operations at the center, rushed over to the phone and grabbed it. “Yes, Sir, this is Colonel Shoup,” he answered. He received nothing but silence in response. “Sir? This is Colonel Shoup,” he said. Silence again. “Sir? Can you read me alright?…”

Trace of snow on the ground at MSP International Airport Monday morning.

November 16, 1931: A tornado touches down near Maple Plain in Hennepin County. The tornado damage path was five miles long.

In a Stark Letter, and In Person, Researchers Urge World Leaders at COP26 to Finally Act on Science. Or did we just get another heaping diplomatic serving of blah-blah-blah. Here’s an excerpt from Inside Climate News: “As COP26 delegates went into overtime Friday night, shaping the language of their final climate communiques into something all 197 countries could agree on, scientists from around the world issued their latest, and perhaps starkest warning. “We, climate scientists, stress that immediate, strong, rapid, sustained and large-scale actions are necessary to hold global warming to well below 2°C and pursue efforts to limit it to 1.5°C,” they wrote in a Nov. 11 letter to the conference. More than 200 scientists from every continent signed the letter to remind delegates at the conference that there’s no negotiating with science, said Sonia Seniveratne, a climate researcher with ETH Zürich and lead author of the latest climate science report from the Intergovernmental Panel on Climate Change…”

Last-Minute Demands Water-Down Coal Provision: Climate Nexus has headlines and links: “A last-minute demand from China and India weakened the agreement by changing the “phase out” of coal to the “phase down” of coal. The demand came as a shock to many negotiators. “The coal thing? No, not all. That was unexpected,” Costa Rica’s environment minister Andrew Meza told Politico. The underlying tensions brewed throughout the conference, however, Bloomberg reports. Top negotiators from China, India, the U.S. and EU (all men, with ages ranging from 52 to 77), sat in a room off the main plenary hall where China reportedly threatened to tear apart the entire negotiations over the change; U.S. climate envoy John Kerry was silent, Politico reported. The U.S. and China employed “phase down” language in the bilateral agreement earlier in the week. Numerous countries objected to the eleventh-hour changes, including the Marshall Islands, Mexico, and Switzerland, on both its substance and the manner in which they were made. “We have been sidelined in a nontransparent and noninclusive process,” said Camila Isabel Zepeda Lizama, Director General for Global Issues for Mexico’s Ministry of Foreign Affairs. “Coal and the phase-down of coal is on the books. It’s part of the decision. And you have to phase down coal before you can end coal. So this is the beginning of something,” Kerry said at a news conference Saturday evening. Speaking generally about the summit, Aminath Shauna, the Maldives’ Minister of Environment, Climate Change and Technology, reminded the delegates, “What is balanced and pragmatic to other parties will not help the Maldives adapt in time. It will be too late.” Mohamed Adow, Director of Power Shift Africa, also warned the narrow language creates a “loophole that will now allow ongoing subsidization and massive expansion of oil and gas extraction in the U.S.” (Politico, Bloomberg $, The Guardian, Reuters, FT $, The Guardian, S&P Global, Wall Street Journal $, Reuters, CNN)

“It’s Not Enough”: World Leaders React to COP26 Climate Agreement. The Washington Post (paywall) has analysis and perspective: “Many world leaders and activists expressed disappointment this weekend with the climate deal that emerged from two weeks of heated negotiations in Glasgow, Scotland — warning that countries will have to strengthen their commitments if they want to avert disastrous consequences and help at-risk nations cope with the damage that’s already occurring from climate change. Key officials in the United States and Europe vowed to work harder to help developing nations shift to cleaner energy sources, after delegates from China and India proposed a last-minute edit that weakened a provision in the text to phase out fossil fuels. The paragraph initially called for the “phase out” of unabated coal and inefficient fossil fuel subsidies, but the final agreement refers only to a “phase-down...”

Without New Thinking on Nuclear Power, Climate Policy Can’t Succeed. I happen to agree, my thoughts on nuclear providing baseline power have evolved over decades as the threats from fossil fuel generation increase. Here’s an excerpt of an Op-Ed at Star Tribune: “…A few thousand people die each day in the world due to air pollution from fossil fuels and also from auto accidents. With more than 37,000 fatalities worldwide since the Three Mile Island accident, commercial air travel has about a 10 times larger impact on public health and safety. For comparison among electrical generating sources, the fatality rate per billion kilowatt-hours generated is: coal, 25; natural gas, 2.8; global nuclear, 0.074 (includes an assumed 4,000 future deaths from Chernobyl); wind, 0.035; hydro, 0.024; solar, 0.019; and U.S. nuclear, 0.0001. And the lessons learned from the three accidents described above have been effectively applied to make safe nuclear power even safer…”

What Climate Change Looks Like from Space. If you missed it, check out the New York Times (paywall) multimedia presentation here.

Israeli Climate-Tech Firms Find Arab Partners to Face Global Warming. The Washington Post reports: “Dozens of Israeli climate-tech companies are teaming up with once-hostile neighbors in the Arab world, working together to stem the threat that climate change will render much of their region uninhabitable. After a series of landmark agreements last year normalizing Israel’s relations with four Arab countries — the United Arab Emirates, Bahrain, Sudan and Morocco — a flurry of new business deals has offered Israel entry into markets that for decades were officially off-limits. With the Middle East warming at nearly double the global rate, Israelis are taking the opportunity to apply their homegrown innovations in the fields of solar, energy and food tech in some of the countries that may need them most...”

Africa’s First “Chief Heat Officer” Says Freetown Could Be Data-Driven Climate Model. A Chief Heat Officer? What does that mean? Quartz Africa explains: “…The number of people who got exposed to heat waves between 2000 and 2016 increased by 125 million, the World Health Organisation (WHO) said. 70,000 people died from heat waves in Europe in 2003, the year the world woke up to a long ignored threat. And in sub-Saharan Africa? There is hardly any data and researchers believe estimates are understated, frustrating hopes for meaningful public policy. But at least one African city is taking steps to fix the anomaly: last month, Yvonne Aki-Sawyerr, mayor of Freetown in Sierra Leone, appointed a chief heat officer for the city, the first such role in Africa…”