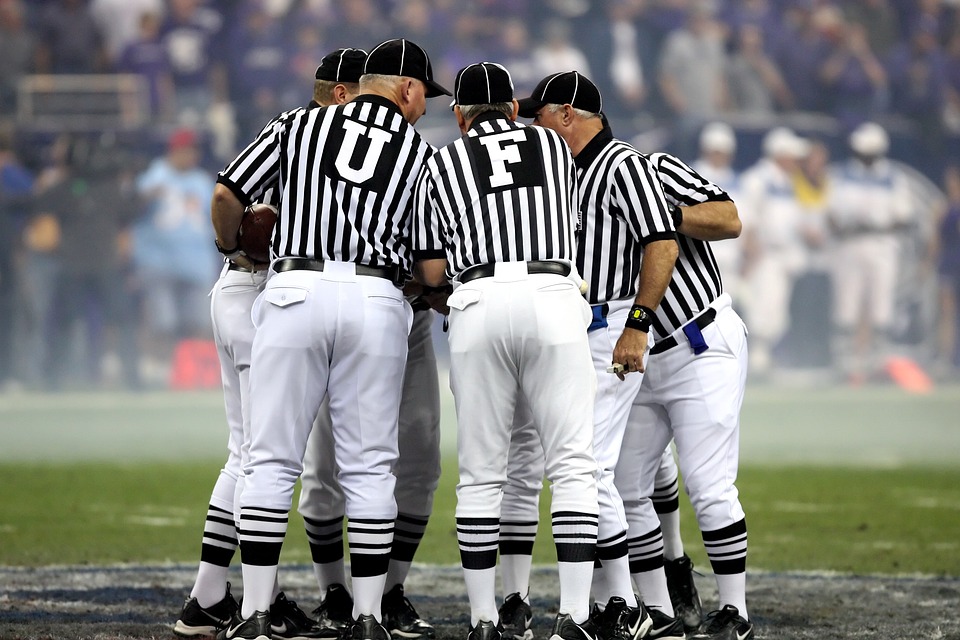 Week four is upon us… and we have two Big Ten teams atop the AP College Football rankings. Who would of thought that would happen? Lets take a look at the football forecast for three Division I games, and my oddball game of the week is looking at a Division III game. Of course, we can’t cover all the games in a post. So, we remind you that you can always check out the forecast for your area over at http://wx.aerisweather.com.

Yes, this is my oddball pick of the week, a Division III matchup against the St. John’s Johnnies and the St. Thomas Tommies. It’s an historic rivalry between two Minnesota Catholic colleges that goes back all the way to 1901. The game between the two has drawn a crowd of over 10,000 every year since 2009. And the matchup this year brings both teams in undefeated and ranked in the top 12 of Division III. It’s being played at the home of the Johnnies this year in the aptly-named Collegeville, MN at Clemens Stadium and the weather couldn’t look any better. Looking at mainly sunny skies with game time temperatures in the mid to upper 70s.

After a surprising win at Alabama last week, Ole Miss is sitting at number 3 in the AP rankings, tied for the highest they’ve ever been. They’re coming back home this weekend to Oxford to take on Vanderbilt. These teams are meeting for the 90th time in their history, and Ole Miss is trying to get their 50th win between the two teams. There are thunderstorm chances in the forecast in Oxford on Saturday, but that is mainly in the morning and afternoon. Most of the game should be dry, but we’ll keep that isolated storm chance in early. Temperatures will start off in the mid 70s, falling to around 70 by the end of the game.

#9 UCLA travels to warm Tucson, AZ Saturday evening to take on the #16 Arizona Wildcats in only their 39th matchup in the history of the schools. UCLA leads the series 15-22-2, and has won the last three meetings but Arizona has an 11-9 lead on when the game is played in Tucson. The game looks warm, with kickoff temperatures in the low 90s and sunny skies. Temperatures will drop into the mid 80s by the end of the game.

In another match up of ranked teams this week, #18 Utah travels to Autzen Stadium to take on #13 Oregon. This is the Pac-12 conference opener for both teams, and the Ducks lead the series against the Utes 20-8. The teams have only played each other once when both were ranked – last year, with Oregon winning – and Utah overall is 1-3 against ranked Oregon teams. Weatherwise, we’ll see a mix of clouds and sun for this game in Eugene, OR with temperatures starting off around 70, but dropping into the upper 50s by the end of the game.