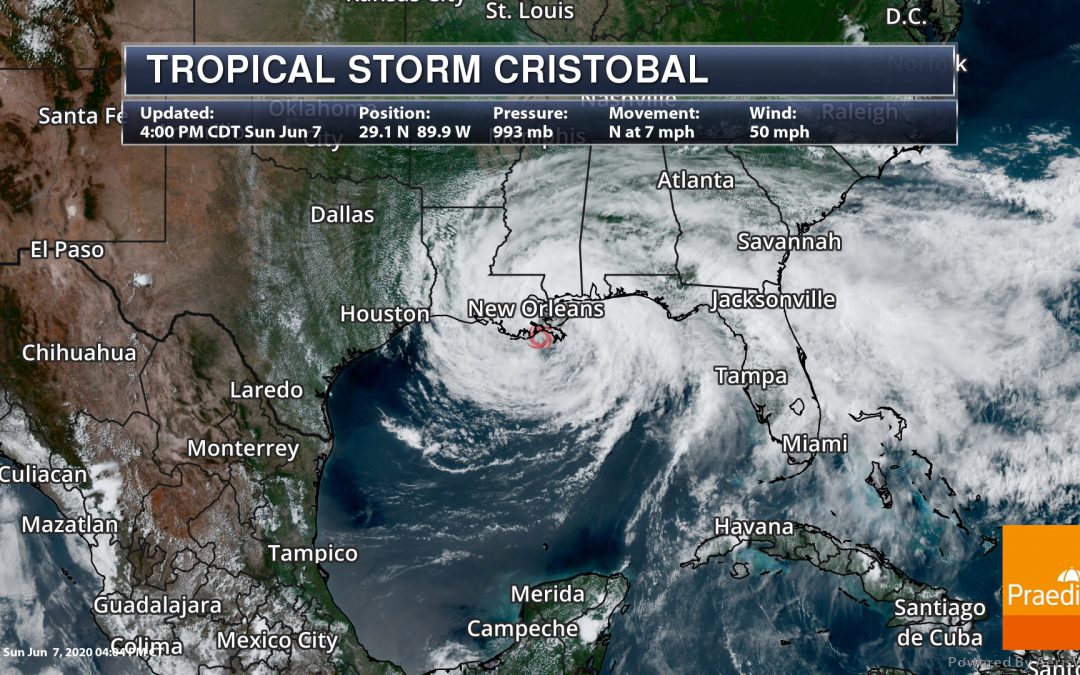 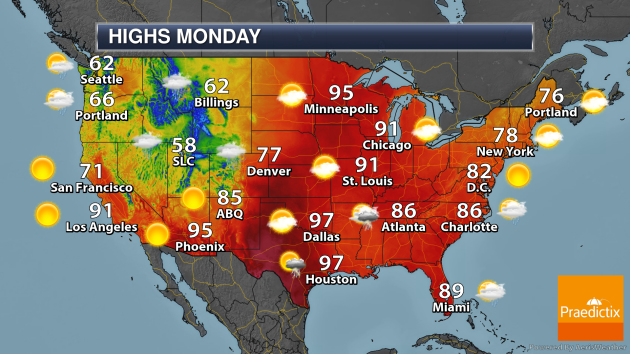 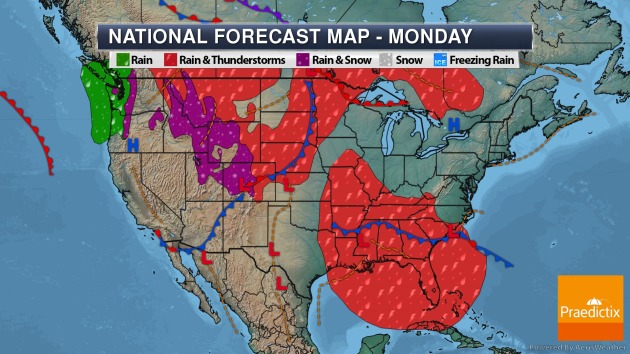 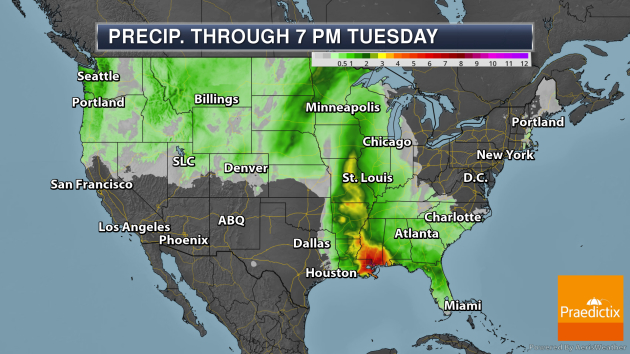 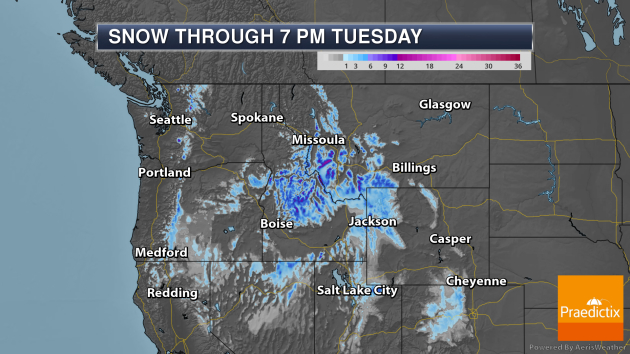 Meanwhile, we’re still tracking snow accumulation out in the western mountains. Totals of up to 20″ will be possible in some locations. 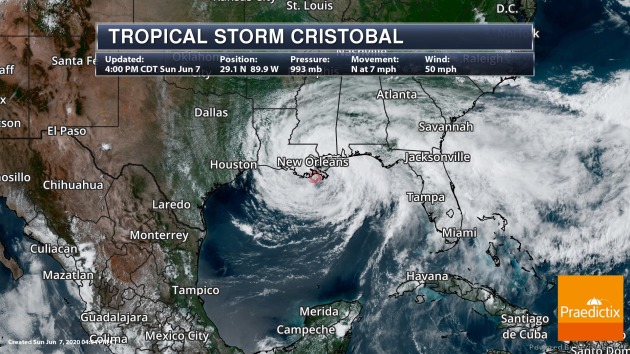 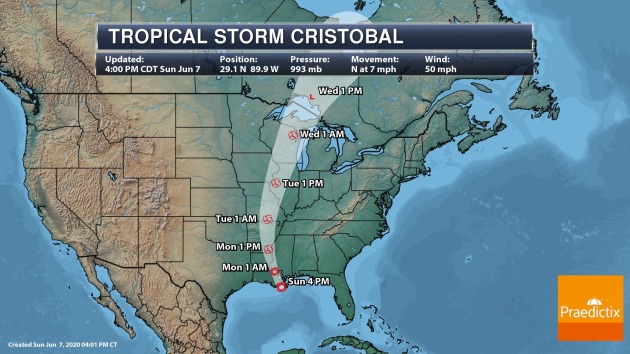 Cristobal continues to approach the northern Gulf Coast as of late Sunday afternoon and is expected to make landfall by Monday morning along the Louisiana Coast. As of the 4 PM update Sunday, Cristobal had winds of 50 mph and was located 65 miles south of New Orleans. Tropical Storm and Storm Surge Warnings were still in place for the Gulf Coast. Strong winds, heavy rain, and storm surge will continue to impact the region into Monday.

Tropical Systems In The Upper Midwest 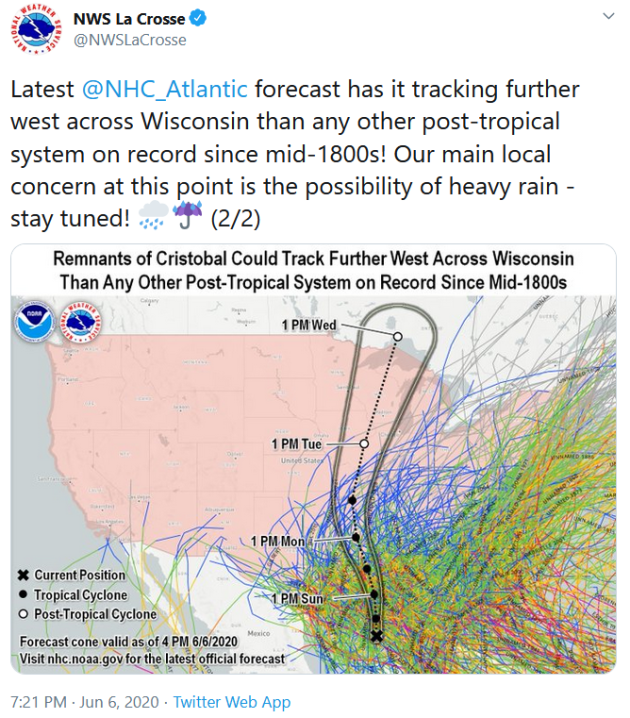 It’s not often we can say that a tropical system is impacting the Upper Midwest. In fact, according to NWS La Crosse, the track of the Cristobal could be the furthest west on record through Wisconsin since the mid-1800s. The Minnesota State Climatology office has a post on their website about how tropical weather systems can impact Minnesota – mainly through an influx of tropical moisture, leading to heavy rain as a different system moves through. This was the case back in 2007 with major rain and flooding in southeastern Minnesota.

More from the Orlando Sentinel: “Up to 50 people were displaced by an F1 tornado that struck Saturday night south of downtown Orlando, toppling trees, smashing cars and damaging roofs. The National Weather Service determined Sunday that the twister, with winds of 100 to 105 mph, started as a water spout on Lake Conway at 7:20 p.m. and lifted back to the sky at 7:32 p.m. near Lake Lawsona.”

More from CBS Denver: “Saturday’s event started in southeast Utah during the mid-morning hours and ended early Sunday morning in the eastern part of North and South Dakota. At times some of the thunderstorms in western Colorado were traveling between 100-120 miles per hour. A meteorologist at NOAA’s Storm Prediction Center tweeted early Sunday that in our written weather history there are only two other instances of a derecho being documented west of the Rocky Mountains. One of those clipped the northwest corner of Colorado on May 31, 1994.”

A New Weapon Against Climate Change May Float

More from the New York Times: “A strange-looking contraption that could represent a new frontier in clean energy wallowed in the water alongside a coal dock here in a bay in northwest Spain. This floating windmill with a tower about 600 feet high was sheltering in the harbor. After waiting out the rough winter seas and the disruption from the coronavirus pandemic, it was towed in late May to join two others anchored in the Atlantic in 330 feet of water 11 miles off Viana do Castelo on the northwest coast of Portugal. The idea is to try to stake out a vast new area of the oceans for the wind power industry. Generating electricity from wind began on land, but developers, led by Orsted of Denmark, started venturing into the sea in the early 1990s as they sought wide-open spaces and to escape the objections of neighbors to having a twirling monster next door.”