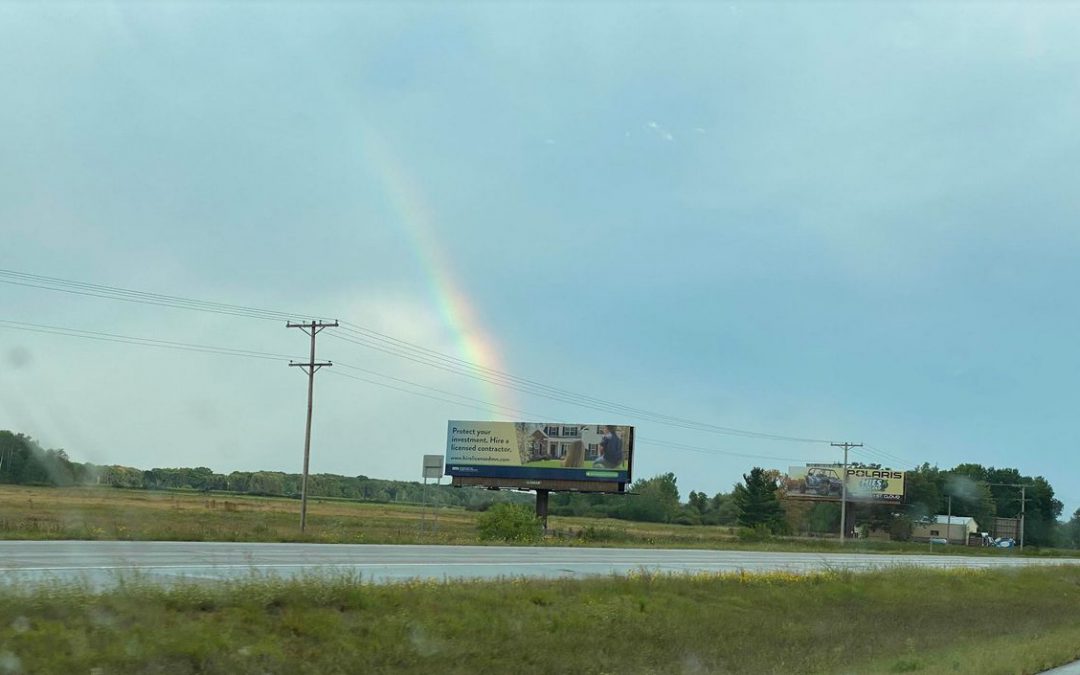 Putting a Few Dents In Our Drought

Mother Nature is extra-loopy this summer. Now that it’s late August the pattern looks like something I’d expect to see in early June: waves of warm fronts lapping north, each one accompanied by an outbreak of mostly nocturnal thunderstorms.

There is a very good chance red blobs will freckle the Doppler today, again Friday, again Saturday night, followed by clearing on Sunday. I’m cautiously optimistic many thirsty lawns and fields will pick up 1-2 inches of rain today, but your results may vary.

NOAA’s longer-range models show a wet bias for Minnesota and Wisconsin the first half of September, which would be very nice. I’m cautiously optimistic we will put a sizable dent in the drought in the coming weeks, but we may have to wait until deeper into 2022 for a complete recovery from the worst drought since 1988.

After “Fred” and “Henri”, models are hinting at a hurricane with widespread flooding in Texas come late August. While the west burns and towns run out of water. Weather feast or famine.

Minnesota’s Wildfire Worry: September Could Be “Even Scarier”. Star Tribune has the story; here’s the intro: “The U.S. Forest Service said Sunday that the raging wildfire in Superior National Forest did not expand its reach over the weekend, but that’s not dampening anxieties for people in the area who fear the dangerous tinder-dry conditions will remain through the fall. “It is so brutally dry. We just aren’t getting the rain. The woods look sad. The leaves are falling,” said Susan Rian, owner of the Trestle Inn Restaurant & Saloon near Finland. “A month from now could be even scarier.” The slowdown in the growth of the Greenwood fire comes as precautionary evacuations are underway in the Boundary Waters Canoe Area Wilderness, which has been closed to visitors for the first time in 45 years due to limited resources to address the fire threat…”

Encouraging News. This is a forecast, so your results may vary, but 7-Day rainfall predictions range from 1-4” for much of Minnesota and Wisconsin. If this verifies it wouldn’t end the drought, but it would provide much-needed soil moisture at a time farmers really need it.

More Encouraging Trends. NOAA CPC is predicting a wet bias for the Dakotas and Minnesota into mid-September with temperatures (slightly) above average. There is a basis for cautious optimism in the short term.

Ripe for Thunderstorms. It probably won’t be a widespread soaking, but some models are printing out an inch or two of rain for many spots by Sunday morning, and some of those showers and T-storms arrive today as we slide into a wetter pattern.

Cooling Off Slightly For The Fair. Upper 70s should feel good Thursday and Friday, but with the cool-down will come an elevated risk (opportunity) of bumping into a few showers and T-storms. Not an all-day wash-out, but there may be a few soggy Sweet Martha’s Cookies within 48 hours.

Plenty of Summer Left to Go. After very slight cooling later this week models hint at a ridge reestablishing over the central USA the first and second week of September, meaning more heat and humidity – possibly a few more 90-degree days.

The legacy of “Henri”:

The Southwest’s Most Important River is Drying Up. CNN.com has details on an increasingly dire water scenario shaping up for the southwestern US; here’s an excerpt: “…Today, this river system supplies 40 million people in seven western states and Mexico, and irrigates more than 5 million acres of farmland on its way into Mexico and the Gulf of California. Las Vegas relies on the river for 90% of its water supply, Tucson for 82% and San Diego for around 66%. Large portions of the water used in Los Angeles, Phoenix and Denver also come from the river, and experts say these booming metropolises would not have been possible without its supply. But a crisis is unfolding, and farmers, scientists, water managers and policy makers across the Southwest are increasingly alarmed. Water managers have long recognized that the river is plagued by overuse. But over the last two decades, demand for the river’s water has often outstripped its supply. Since 2000, the river’s flows have shrunk by roughly 20% compared to the 20th century average, due in large part to the human-caused climate crisis…”

Bad News: Selling the Story of Disinformation. If you read one post this week consider this one from Harper’s Magazine. Here’s a clip: “…Everyone scrounges this wasteland for tainted morsels of content, and it’s impossible to know exactly what anyone else has found, in what condition, and in what order. Nevertheless, our American is sure that what her fellow citizens are reading and watching is bad. According to a 2019 Pew survey, half of Americans think that “made-up news/info” is “a very big problem in the country today,” about on par with the “U.S. political system,” the “gap between rich and poor,” and “violent crime.” But she is most worried about disinformation, because it seems so new, and because so new, so isolable, and because so isolable, so fixable. It has something to do, she knows, with the algorithm…”

August 24, 2006: Tornadoes and large hail strike southern Minnesota. One person died and 37 were injured when a strong tornado began 4 miles west-southwest of Nicollet in Nicollet County, and moved almost due east for 33 miles to near Waterville in Le Sueur County. Many storm chasers captured the tornado on video. The largest hail reported was grapefruit-sized at New Prague in Scott County.

Note: Local factors such as tides and coastal profile will influence the extent of the floodplain.Union of Concerned Scientists

Climate Change is Making Hurricanes More Dangerous. Wind speeds often receive the most airtime, but the greatest risk from hurricanes is storm surge flooding and inland flooding as these massive storms come ashore. Here’s an excerpt from a good explainer and infographic from CNN: “…If humans continue to emit heat-trapping gases into the atmosphere, scientists expect that sea levels will climb even higher, putting major cities at an even greater risk. Sea levels are now likely to rise more than 3 feet by 2100, according to the findings of a landmark report published last year by the UN’s Intergovernmental Panel on Climate Change. Generally speaking, a rise in sea levels of 2 to 3 feet would mean that a Category 1 hurricane could be capable of inflicting the kind of storm surge damage we would expect today from a Category 2 storm. In the Southeastern US alone, the annual cost of storm surge damage is projected to grow to $56 billion by 2050, according to the US government’s 2018 National Climate Assessment. And that’s even if global emissions of heat-trapping gases are moderately curbed in the next two decades…”

Tennessee Floods Show a Pressing Climate Danger Across America: Walls of Water. As in flash flooding like we haven’t witnessed before, according to research highlighted at The Washington Post (paywall): “…Tennessee’s flash floods underscore the peril climate change poses even in inland areas, where people once thought themselves immune. A warmer atmosphere that holds more water, combined with rapid development and crumbling infrastructure, is turning once-rare disasters into common occurrences. Yet Americans, who often associate global warming with melting glaciers and intense heat, are not prepared for the coming deluge. Inland flooding is the leading cause of death associated with tropical cyclones in the past 50 years, according to the Federal Emergency Management Agency. On average, damage from inland floods costs more than any other severe weather event. It’s a problem from the mountains of western North Carolina, where Tropical Storm Fred killed five people last week, to the streets of Dearborn, Mich., where heavy rains have repeatedly overwhelmed the sewer systems and destroyed homes…?

Can This Sun-Reflecting Fabric Help Fight Climate Change. WIRED.com (paywall) has details: “In 2020, a graduate student from Zhejiang University in China donned a seemingly plain white vest and sat in the direct sunlight for one hour. A few feet away, researchers monitored his body temperature with infrared cameras and sensors on his skin. Half of the vest was made from ordinary cotton; the other of metafabric, a new, experimental textile made of synthetic fibers and nanoparticles that reflect light and heat. After an hour in the sun, the half of the student covered in the metafabric was nearly 5 degrees Celsius cooler than the side covered by the cotton vest, researchers reported earlier this month in Science. Metafabric is the latest development in a broader emerging field of textiles for personal heat management, clothing that can heat or cool the wearer. Researchers hope that these textiles will not only enhance personal comfort, but reduce injury and death from extreme heat.

Study Finds “Very Concerning” 74% Increase in Deaths Associated with Extreme Heat Brought On By Climate Crisis. CNN.com has results of new research: “A pair of new studies out Thursday find a “very concerning” rise in the number of climate-related deaths and paint a picture of world where people struggle with regular temperature extremes. One of the studies finds the number of deaths caused by high temperatures increased by 74% globally between 1980 and 2016. Deaths related to extreme cold increased 31% since 1990, a new report, the first of its kind, finds. Human-caused climate change — generated by carbon, methane and other greenhouse gas emissions from industry, transportation, and agriculture — has led to a “new normal” with more days of extreme temperatures than in recorded history. The studies published Thursday provide more evidence that both hot and cold extremes can be deadly…”