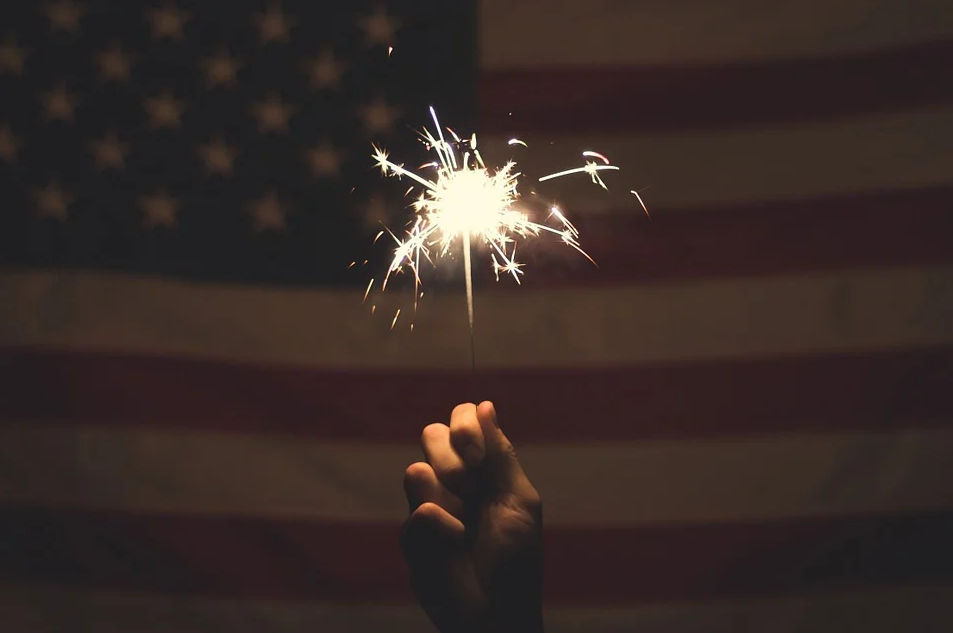 For Independence Day across the nation, a stalled-out boundary near the Gulf Coast stretching back into the Southern Plains will help spark off some showers and storms with ample moisture in place. A boundary in the Northern U.S. could help spark off more showers and storms as well from the Northern Plains into the Great Lakes. A trough will bring the chance of rain to New England. I do think we should see mainly dry weather for the big evening fireworks displays in New York City and Washington D.C. Eyes will be on Elsa, impacting portions of the Caribbean on Sunday, as will pose a threat to the Southeast (particularly Florida) during the work week.

The heaviest rain through Monday will be near the Gulf Coast, where some isolated 3” amounts will be possible.

Elsa weakened to a Tropical Storm on Saturday due to its quick movement making the storm a little bit disorganized. Elsa will continue to move northwestward over the next couple of days, passing over Cuba Sunday into Monday before impacting Florida and the Southeast later Monday into the middle of the week. This system could bring tropical storm force winds, heavy rain, and storm surge to Florida and portions of the Southeast during the work week.

Over 100 fire scientists urge the US West: Skip the fireworks this record-dry 4th of July

More from The Conversation: “For decades, one of the most striking and predictable patterns of human behavior in the western U.S. has been people accidentally starting fires on the Fourth of July. From 1992 to 2015, more than 7,000 wildfires started in the U.S. on July 4 – the most wildfires ignited on any day during the year. And most of these are near homes. With this year’s tinder-dry grasslands and parched forests, sparks from anything – a cigarette, a campfire, a power line, even a mower blade hitting a rock – could ignite a wildfire, with deadly consequences.”

More from the Star Tribune: “Minnesota’s yellowing grass and drier-than-normal weather may soon force cattle farmers to make tough decisions about how to feed their herds. While the state’s big row crops — soybeans, corn and sugar beets — need significant rainfall soon to stop the deterioration, there is still time to see conditions improve before harvest in the fall. Not so for pasture-dependent cattle in many parts of the state. ”While we are in a wait-and-see period for row crops, we are past the wait-and-see period for anybody who’s worried about hay and pasture,” said Joe Armstrong, a cattle veterinarian extension educator with the University of Minnesota. “Decisions have to be made before you run out of grass.””

Five ways to ensure flood-risk research helps the most vulnerable

More from Nature: “The year 2020 saw further devastating floods, caused by storms such as Cyclone Amphan in South Asia and a record-breaking hurricane season in the Atlantic Ocean. It is now clear that the changing climate is making coastal flooding more frequent, downpours heavier and storms wetter. Less appreciated is that the impacts of increased flooding are distributed unequally and unfairly. The greatest burdens fall on the most vulnerable.Global damage from floods and storms has been trending steadily upwards, from US$94 billion in the 1980s to more than $1 trillion in the 2010s, according to the emergency-events database EM-DAT (www.emdat.be). This increased economic burden is driven in part by changing climate patterns, alongside increased settlement and development in areas of higher hazard.”