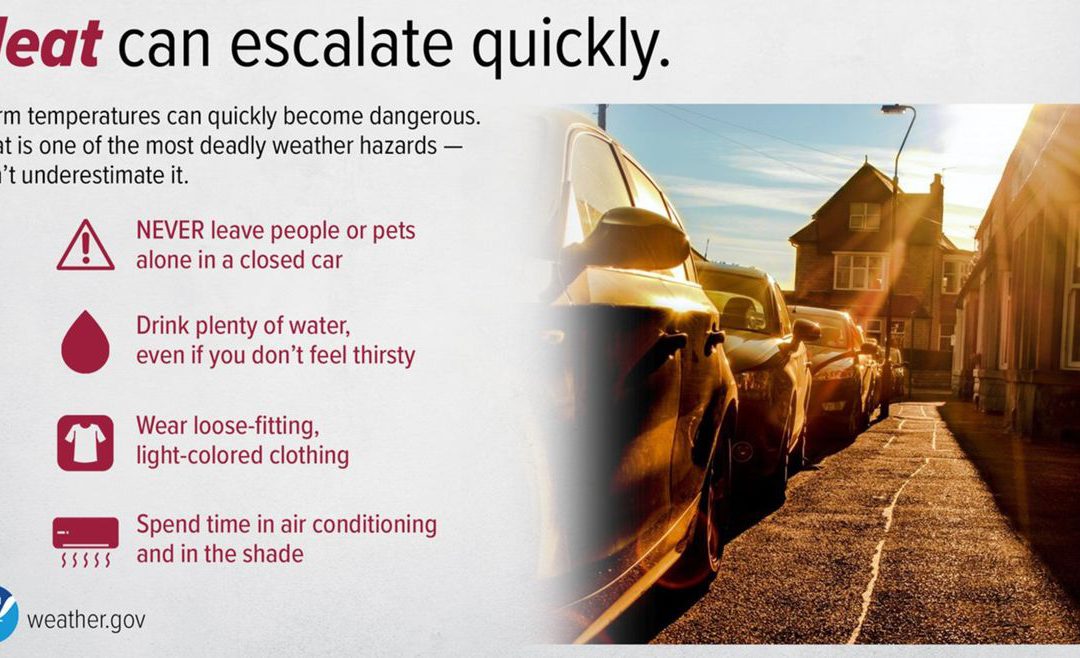 Minnesota Slipping Into a Deeper Drought

Historic floods grip Europe. New England floods while the west burns and smoke turns Minnesota’s sky into L.A. on a bad day. The water cycle is on fast-forward. Wets are trending wetter and dries are getting drier. We’ve always had floods and droughts, but the frequency and intensity of water extremes is rising with the mercury.

According to the Minnesota DNR it will take 3-5 inches of rain over 2 weeks to pull most of Minnesota out of serious drought. That seems unlikely, in spite of a few hit or miss T-storms in the forecast. I’ll be shocked if most towns don’t have water restrictions or bans in place by mid-August, at the rate we’re going.

Although not as scorching as early June, the next 2 weeks bring incandescent, antiperspirant levels of heat, with a run of low to mid 90s. NOAA’s GFS predicts a few 100-degree days but I doubt it.

We’re getting our money’s worth of sunshine and heat this summer. A real summer.

But it’s coming at a cost to agriculture and recreation. Me? I’m praying for rain.

Drought Deepens in Minnesota – Watering Bans More Likely. Star Tribune reports; here’s an excerpt: “…With about half of Minnesota now in the grip of severe drought — and 4% in extreme drought — the state has officially shifted into the “drought warning phase,” the state Department of Natural Resources (DNR) announced Friday. The deepening drought is turning the summer into a sobering lesson in resource conservation. “This is time to remind ourselves about how valuable water is,” said Randall Doneen, the DNR’s manager of conservation assistance and regulations. “It really doesn’t look like there’s any immediate relief,” Doneen said. “It would take a lot of rain to get caught up…”

Back to the 90s. Models show fairly consistent 90s into at least the first half of next week, adding to the 15 days at or above 90F in the MSP metro so far this summer season. At the rate we’re going I don’t see how we wind up with anything less than 25 or 30 days of 90s in 2021.

GFS Still Out to Lunch. Triple digit heat is likely over the Dakotas and even Iowa, but the GFS has been much too warm in recent weeks, and I seriously doubt the metro area will see highs above 100F later this week. It’s not impossible, but it is unlikely.

Epicenter of Heatwave Remains Just South of Minnesota Into Early August. If you were hoping for endless days of sunshine and 90s back in April, it looks like you got your wish. I don’t see much in the way of widespread relief until late August.

None of the Old Rules Still Apply When the Driest City in the US Faces Catastrophic Drought. Mother Jones has a story about Las Vegas; here’s a clip: “…A city that contains a huge replica of the Eiffel tower, sprawling golf courses, and a simulacrum of Venetian canals complete with gondolas can never be said to fit in with its surroundings. But Las Vegas, called “The Meadows” in Spanish due to its natural springs that were pumped dry by the 1960s, is at least aware of its setting in a place so arid that only a few small creosote bushes and tumbleweeds can survive here naturally. “We live in the desert. We are the driest city in the United States, in the driest state in the United States,” said Colby Pellegrino, deputy manager of resources for the Southern Nevada Water Authority. “We have to act like it.” Pellegrino said the recent escalation of the drought has been “very scary” for some Vegas residents, although she insists the water authority has planned for this moment…”

The “Wet Bulb” Warning. CNN.com has a reminder that the wet bulb temperature is even more accurate than the heat index when it comes to predicting the impact of heat on human health: “The city, along with Ras Al Khaimah in the United Arab Emirates, has temporarily crossed the threshold beyond which the human body cannot sweat enough to cool itself down. A “wet bulb” temperature of 35 degrees Celsius (95 degrees Fahrenheit) — which factors both heat and relative humidity — can be fatal after a few hours, even assuming ideal conditions such as unlimited drinking water, inactivity or shade. In practice, the bar for this wet bulb temperature, which is measured by covering a thermometer with a wet cloth, is much lower — as shown by the deadly heat waves in Europe in 2003 that are estimated to have claimed 70,000 lives…”

Hurricanes Are Getting More Dangerous, But Not More Frequent. Here’s an excerpt from a post at Science News: “Climate change is helping Atlantic hurricanes pack more of a punch, making them rainier, intensifying them faster and helping the storms linger longer even after landfall. But a new statistical analysis of historical records and satellite data suggests that there aren’t actually more Atlantic hurricanes now than there were roughly 150 years ago, researchers report July 13 in Nature Communications. The record-breaking number of Atlantic hurricanes in 2020, a whopping 30 named storms, led to intense speculation over whether and how climate change was involved (SN: 12/21/20). It’s a question that scientists continue to grapple with, says Gabriel Vecchi, a climate scientist at Princeton University…”

Study Predicts Record Flooding in 2030s Due to Moon and Climate Change. Say what? Apparently this lunar “wobbles” are normal, superimposed on a rapidly changing climate and sea level rise that is anything but normal. Here’s a clip from NPR: “…The moon’s orbit is due for its regular “wobble.” That is entirely natural, NASA says, and it has been recorded as far back as 1728. Half of the moon’s 18.6-year cycle creates lower high tides and higher low tides; the other creates higher high tides and even lower low tides. But NASA says global sea level rise will likely push those high tides higher, and one of the study’s co-authors, NASA Sea Level Change Team leader Ben Hamlington, said that because waters will be higher, this moon cycle could have a much more dramatic effect. “We’re getting closer and closer to the flooding thresholds or tipping point in these coastal locations,” he said. “The same variability in the past that didn’t cause flooding is now going to cause flooding…”

8 Creative Ways People Kept Cool Before Air Conditioning. Access to a nearby lake sure doesn’t hurt. Mental Floss has the post; here’s an excerpt: “…One thing you immediately notice when looking at photographs of famous buildings before the invention of A/C is that they frequently sported awnings over nearly every window. Going back to antiquity, awnings provided the shade vital for keeping the sun’s heat at bay. In the latter half of the 19th century, new colors and patterns helped make canvas awnings more than a necessary utility: They became a key decorative feature of a home. “As to colors, quite the richest and most effective combinations are shades of orange and brown,” The Ladies’ World magazine reported in 1896. Tassels were apparently a nice touch, too…”

“No One is Safe”: How the Heatwave Has Battered the Wealthy World. Here’s perspective from The New York Times; an excerpt: “…And even though it will take extensive scientific analysis to link climate change to last week’s cataclysmic floods in Europe, a warmer atmosphere holds more moisture and is already causing heavier rainfall in many storms around the world. There is little doubt that extreme weather events will continue to be more frequent and more intense as a consequence of global warming. A paper published Friday projected a significant increase in slow-moving but intense rainstorms across Europe by the end of this century because of climate change. “We’ve got to adapt to the change we’ve already baked into the system and also avoid further change by reducing our emissions, by reducing our influence on the climate,” said Richard Betts, a climate scientist at the Met Office in Britain and a professor at the University of Exeter…”

Climate Change: Science Failed to Predict Flood and Heat Intensity. BBC News has the story: “Top climate scientists have admitted they failed to predict the intensity of the German floods and the North American heat dome. They’ve correctly warned over decades that a fast-warming climate would bring worse bursts of rain and more damaging heatwaves. But they say their computers are not powerful enough to accurately project the severity of those extremes. They want governments to spend big on a shared climate super-computer. Computers are fundamental to weather forecasting and climate change, and computing will underpin the new climate science “Bible”, from the Intergovernmental Panel on Climate Change (IPCC) next month…”

Why Record-Breaking Overnight Temperatures Are So Concerning. The New York Times (paywall) reports: “Last month was the hottest June on record in North America, with more than 1,200 daily temperature records broken in the final week alone. But overlooked in much of the coverage were an even greater number of daily records set by a different — and potentially more dangerous — measure of extreme heat: overnight temperatures. On average, nights are warming faster than days across most of the United States, according to the 2018 National Climate Assessment Report. It’s part of a global trend that’s being fueled by climate change…”

The Green New Deal Does Not, Strictly Speaking, Exist. The Atlantic has an interesting Op-Ed: “…With so much ballyhoo, it’s become easy to miss the central, implacable fact about the Green New Deal: It does not exist. By this, I don’t mean that it hasn’t passed. I mean something more fundamental: Nobody has written it down. Three years after the idea of a Green New Deal broke into the mainstream, you can’t find an authoritative and detailed list of Green New Deal policies anywhere. There is no handbook, no draft legislation, no official report that articulates what belongs in a Green New Deal and what doesn’t. This is more than just an academic point. It means that tens of thousands of Americans want very badly to see Congress adopt a political program that definitionally cannot pass, because there is no “it” for lawmakers to vote on. It means that Biden’s infrastructure package cannot be compared with the Green New Deal, because the contrast will not find purchase…”