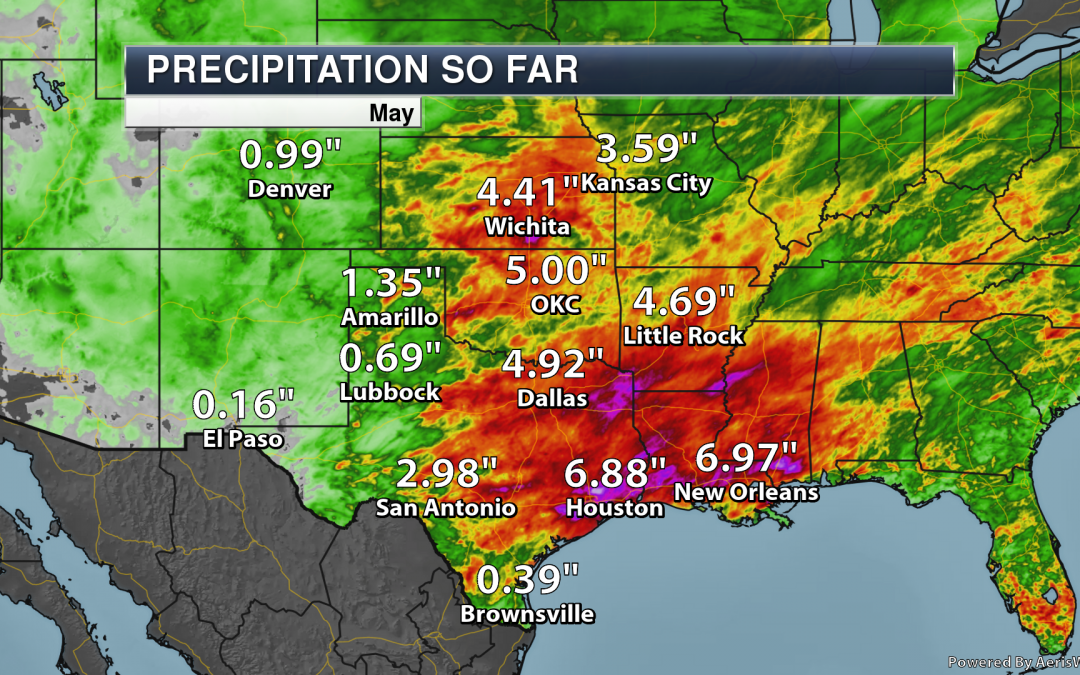 Heavy Rain Over The Past Several Days 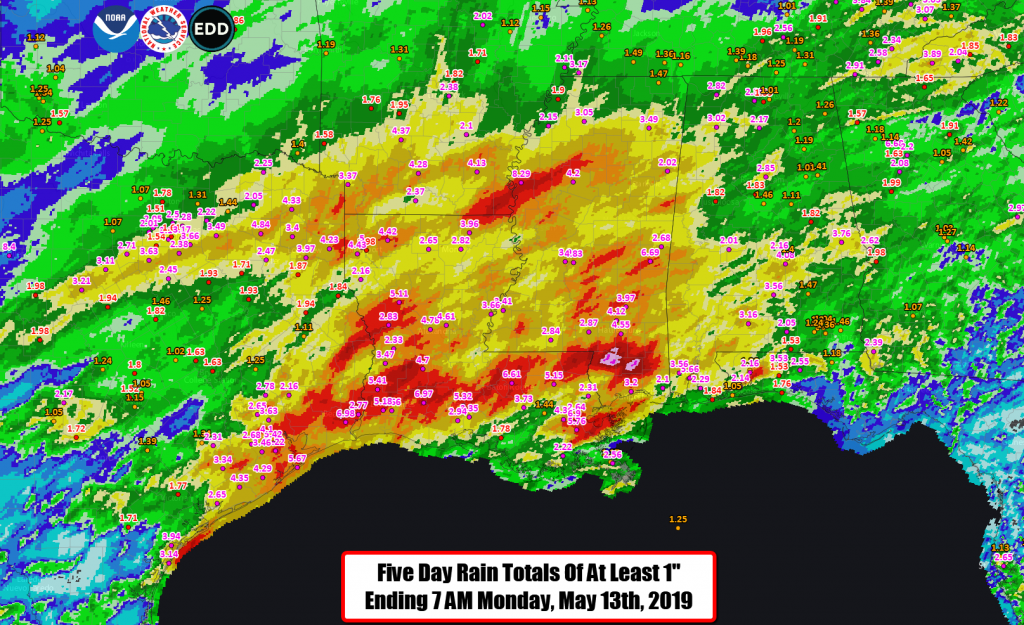 Rounds of heavy flooding rain with a slow-moving frontal system impacted parts of the Gulf Coast and southern Mississippi Valley from the middle of last week into the weekend. Rainfall amounts of over 12″ were reported across parts of Texas and Mississippi in the following locations:

Due to the heavy rain, there were numerous reports of flash flooding, closed roads, and water rescues. 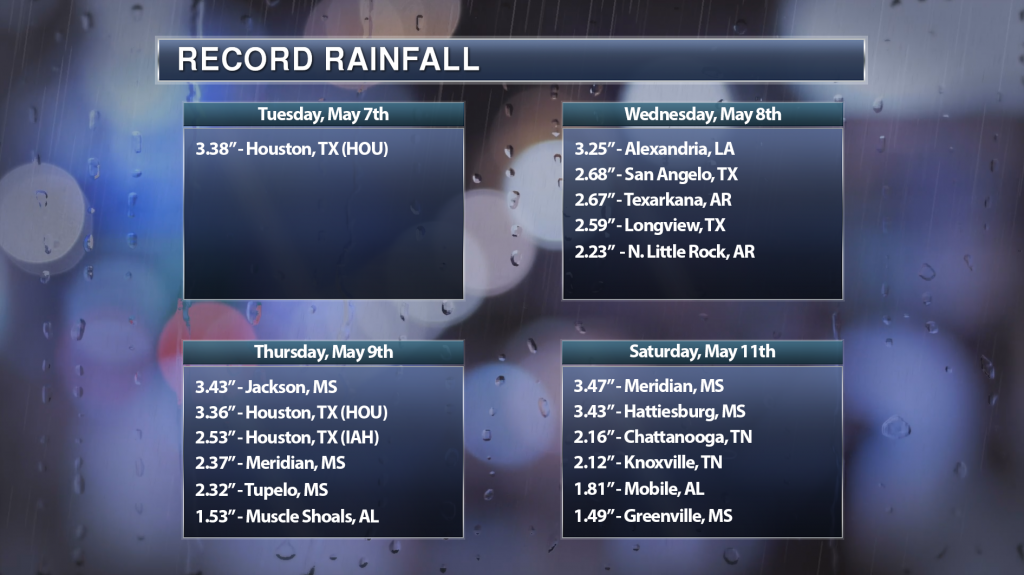 Four of the six days from Tuesday, May 7th, to Sunday, May 12th, had record rainfall in parts of the southern United States. On each of those four days, at least one climate location saw at least 3″ of rainfall. Houston’s Hobby Airport saw that occur two out of those four days. 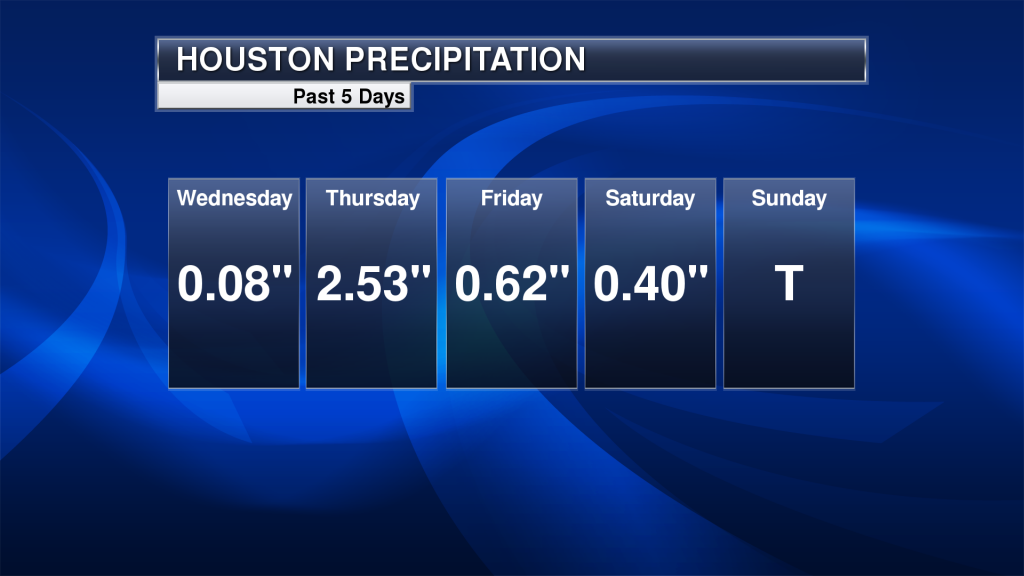 Taking a look at the Houston daily rain amounts from Wednesday, May 8th, through Sunday, May 12th, the heaviest fell on Thursday. That’s when a record 2.53″ fell at George Bush Intercontinental Airport. An additional 1.92″ of rain fell on May 7th, bringing their Tuesday-Sunday six-day rain total to 5.55″. 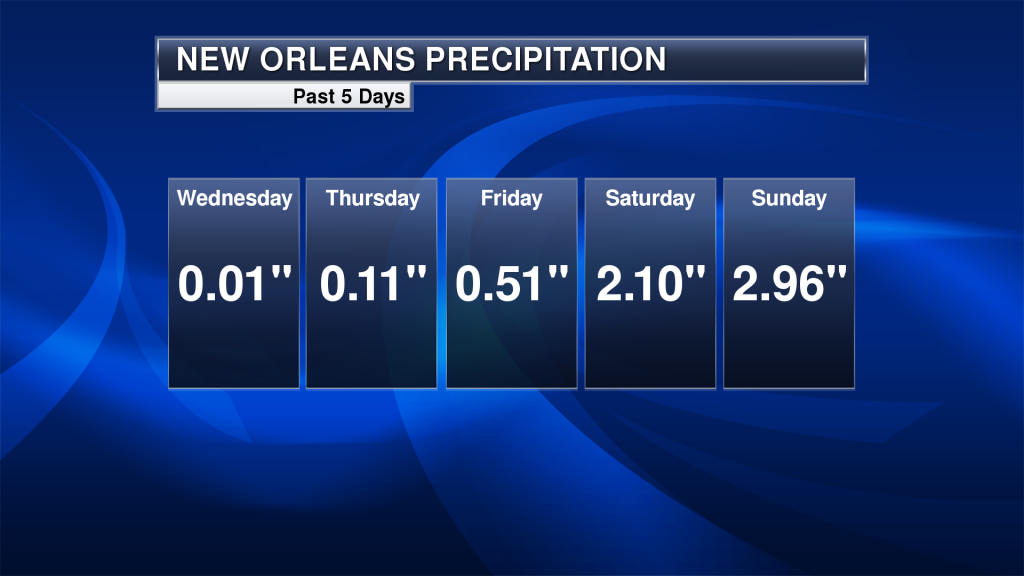 While no new daily rainfall records were set in New Orleans, they did see two straight days with at least 2″ of rain over the weekend. Looking back through New Orleans climatological history (dating back to 1946), only 23 times (including this weekend) has there been at least two days in a row with 2″+ of rain in the city. The most days in a row were back between September 10th-13th, 1998, when they observed four straight days of 2″+ of rain.

May Rain So Far 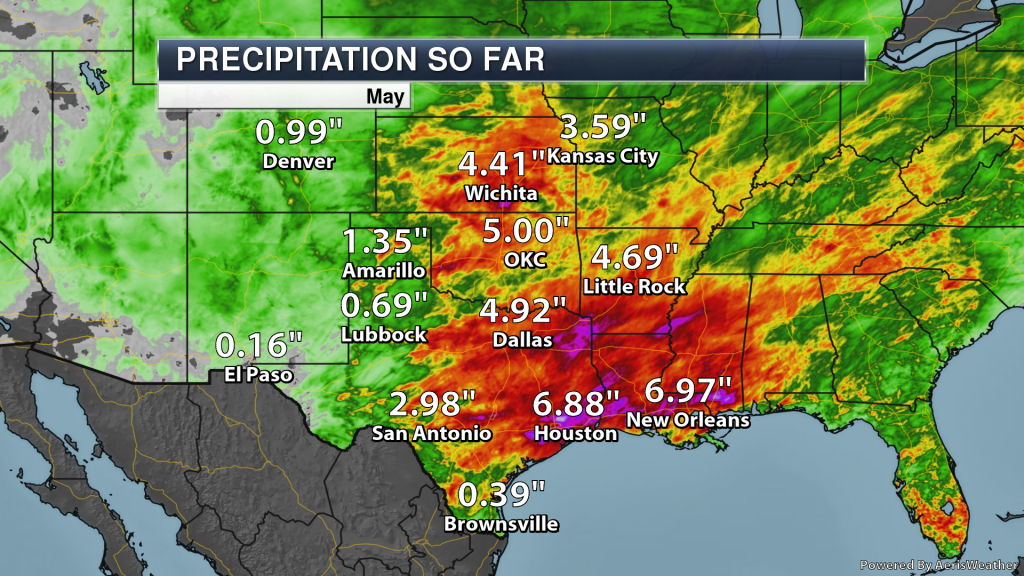 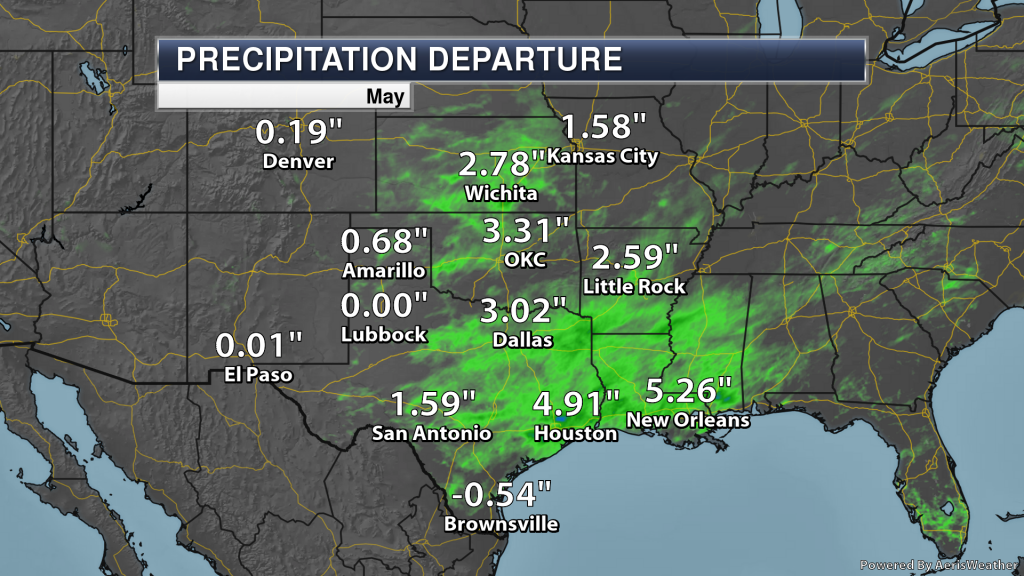 Due to this heavy rain that fell over the past several days, rainfall totals for the month have quickly jumped across the southern United States. Both Houston and New Orleans have now recorded over 6″ of rain so far this month, far above average for the May 1st-12th period. Rainfall is above average by at least an inch as far north as Kansas City through the first part of the month. 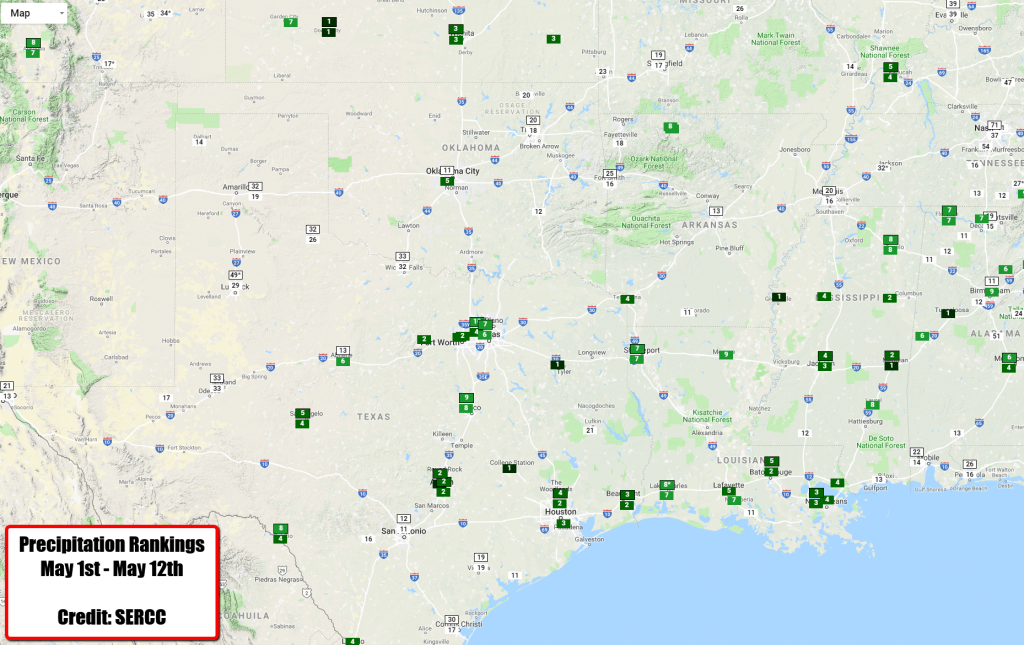 It should come as no surprise, then, that many areas in the southern United States have seen a top 10 wettest start to May on record (through the first 12 days of the month) due to the rounds of heavy rain. Some of those locations according to the Southeast Regional Climate Center include: 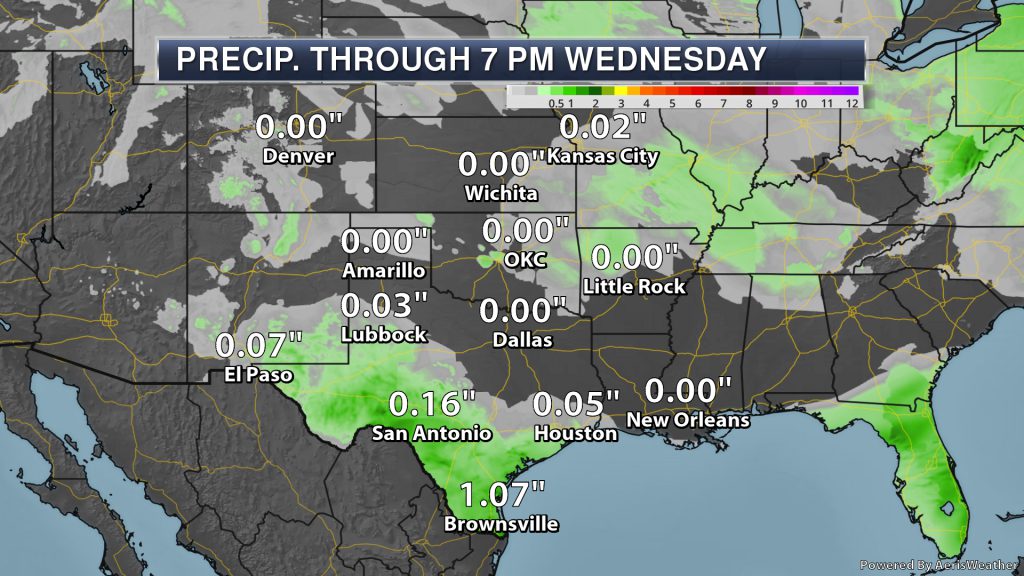 The good news is that many of these locations are getting a general break in the rain for the first part of the week. Rain chances will start to increase across these areas once again, though, as we head toward the weekend.