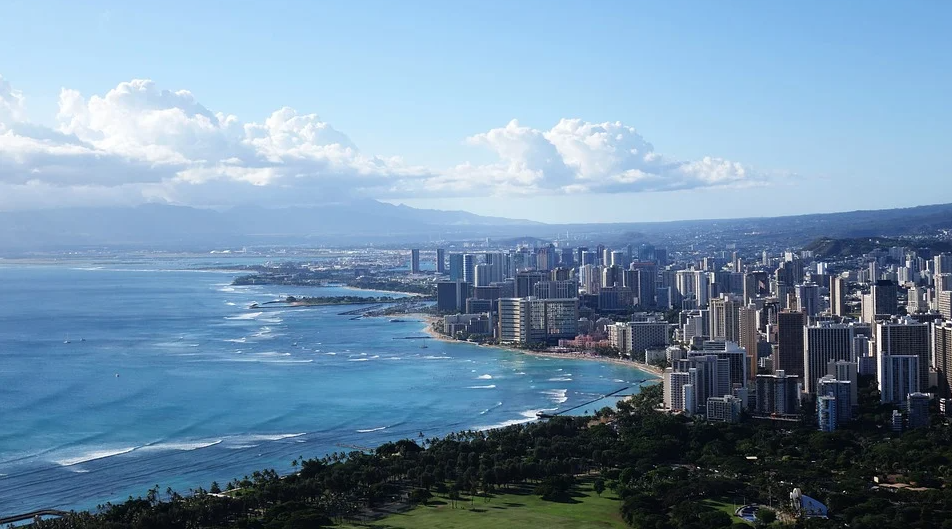 Last week we were talking about Guillermo taking a close approach to Hawaii, and I said that “…there’s the chance that this won’t be the last time we mention tropical systems and Hawaii in the same sentence this year…” due to an expected above average Central Pacific hurricane season. Well, those words came true – and quite quickly – as already another system is taking aim toward Hawaii. There is even the potential this could be the third landfalling tropical storm on the Big Island since 1950.

As of midday Tuesday eastern time, Hilda was still a Category 1 hurricane with wind speeds of 85 mph, but was only moving northwest at 7 mph. Earlier this weekend Hilda had obtained Category 4 strength over the open water of the Pacific, but has since encountered strong wind shear aloft. This strong wind shear is helping in the weakening process of Hilda as it continues to move toward the Aloha State. The current forecast (as of posting midday Tuesday) still has Hilda making progress toward the Big Island this week, with a tropical storm strength system possible.

Depending what is left of Hilda as it makes its way toward Hawaii, the 50th State will certainly be hit with higher surf, but also with heavy rain and stronger winds. High Surf: Like Guillermo last week, high surf is expected on east facing shores of the Big Island and Maui. Large surf of 8-15 feet is possible at its peak, but elevated surf is expected into Wednesday across these areas. A High Surf Warning is in effect for eastern shores on the Big Island and a High Surf Advisory is in effect for east Maui through 6 AM HST Wednesday. Islands west of Maui will likely be blocked from the swell.

Strong Winds: While winds are expected to weaken from where they are now, there will be the potential of tropical storm force winds (39 mph or greater) early in the day Thursday as Hilda approaches the Aloha State, mainly across the Big Island.

Heavy Rain: Rain is likely across the islands over the next few days as the storm passes by, starting Wednesday across the region. The heaviest rain will fall on the Big Island, where 6″+ totals are possible – especially in the higher elevations, where the potential exists for 12-18 inches of rain.

No matter what Hilda brings to Hawaii, we’ll be tracking it here at AerisWeather and bringing you the latest updates.