Historic Rain And Flooding Possible Along The East Coast 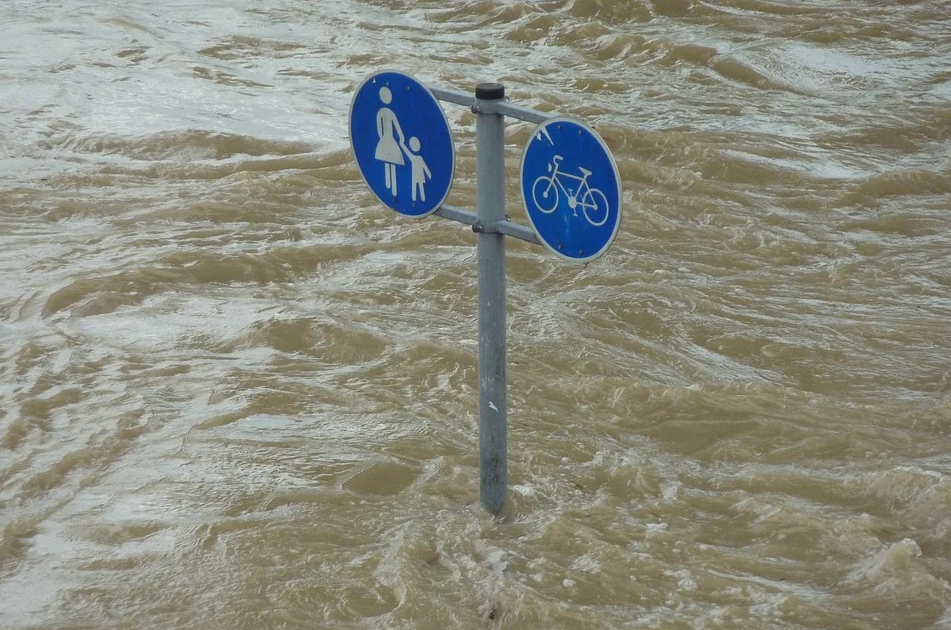 Flood Advisories Across The U.S.

Even though Hurricane Joaquin looks to miss the eastern seaboard, people from Maryland to Georgia are still preparing for the potential of heavy, flooding rains as we go throughout the weekend. Numerous flood watches have already been issued for these areas – in some cases, entire states are under these watches – for the potential of 5-10″ or more over the next few days. In some locations, the rain could be historic for the month of October.

Over the past few days, we’ve been watching the jet stream and an upper-level low dig south across the Southeastern United States.  Those, along with a stalled front along the eastern seaboard will help bring in deep tropical moisture into the region. As low pressure areas spin up along the stalled front, they will tap into that moisture and bring heavy rain to numerous areas of the Southeast and Mid-Atlantic. While we mentioned that Joaquin looks to track out to sea instead of making landfall along the United States, some of the tropical moisture that is streaming into these areas will have been associated with that system.

Rainfall totals are likely to be quite high by next week – even approaching historic October levels. We’ll get to that in a moment. You can see an area of at least 10″ over parts of South Carolina, including Charleston and Columbia. This will be on top of already at least a half a foot of rain some in the region have received within the past week. There is a high likelihood that some areas could receive a foot to two feet of rain by the time the rain finally pushes out next week! This is why Flash Flood Watches have been put in place for many areas, including the entire states of North and South Carolina, and just about all of Virginia.

Not only are we watching the likelihood of heavy rain this weekend, but winds will be picking up due to a tightening pressure gradient between the low pressure to the south and an area of high pressure up in Canada. Already High Wind Warnings are in effect for parts of New Jersey and Delaware as there is the potential that winds could gust over 50 mph through early Saturday morning. These strong winds in the Northeast and Mid-Atlantic will also cause higher waves along the coast, as well as the potential of flooding (especially at high tide) and beach erosion.

As these areas receive so much rain in so little time over the next few days, we could see some locations approach their record wettest October in just the first few days of the month. One of those locations is Charleston, SC, where the wettest October was seen back in 1994 when 12.11″ fell. Already 1.37″ of rain fell on the first on the month, so it would definitely not be out of the question to see a quick approach to number one over the next few days. To be able to crack into the top ten, all they would need is a monthly total of 6.20″ – that would tie them with the October of 1999. The wettest month ever on record for Charleston was back in June of 1973 when 27.24″ fell; the tenth wettest month ever was back in September of 1998 when the city saw 14.74 inches. I wouldn’t be surprised to see the top ten approached for wettest months on record – not to mention we have most of the rest of the month to go once we are done with this rain.

In Charlotte, NC, the wettest October was back in 1990 when 14.72″ fell in the city – and was the only October to see more than 10″ fall. That October also ended up as the second wettest month ever on record in the Queen City. To even break into the top ten wettest Octobers, they would only need 6.58″ to tie 1908. Our forecast easily has the area receiving more than six inches over the next five days, so it’s quite likely we’ll see this October at least in the top 10. Looking at the wettest months ever on record for Charlotte, number one goes to July of 1916 when 16.55″ fell – and number ten saw 11.13″ fall in March of 1891.

Sporting Events Could Be Affected

Numerous sporting events are occurring this weekend on the east coast, including college football, NASCAR, NFL and MLB games. Right now all games are scheduled to be played, however at least one game has had a change in schedule. The college football game between Michigan and Maryland, originally scheduled for Saturday night in College Park, MD, has been moved up to noon. Even if these games are played, expect them to be soggy ones.