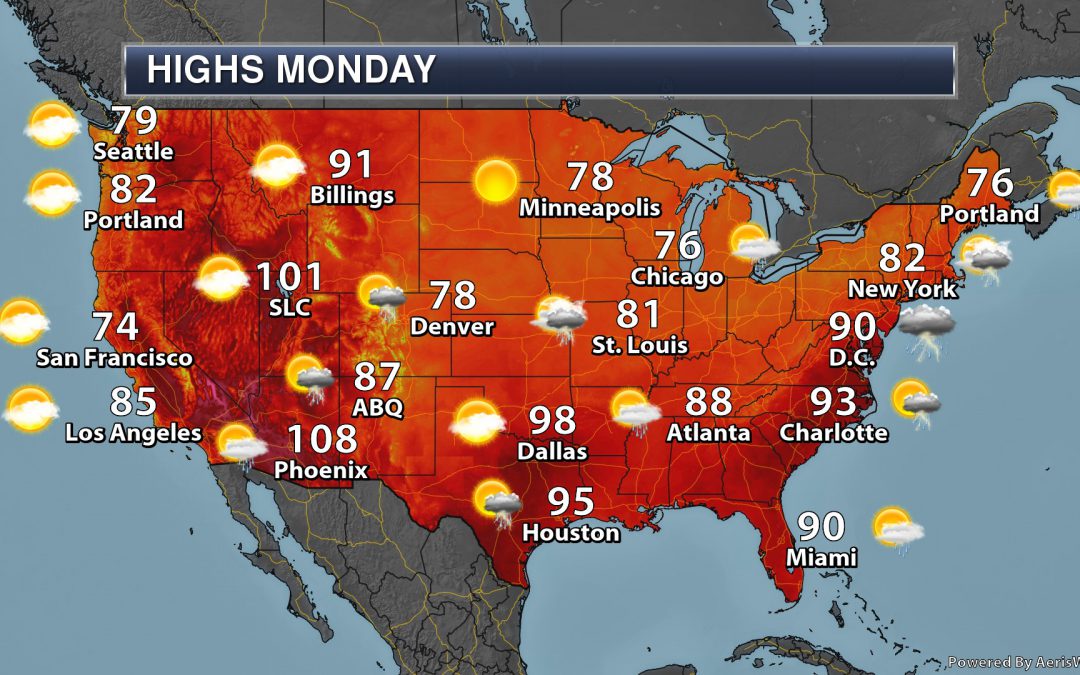 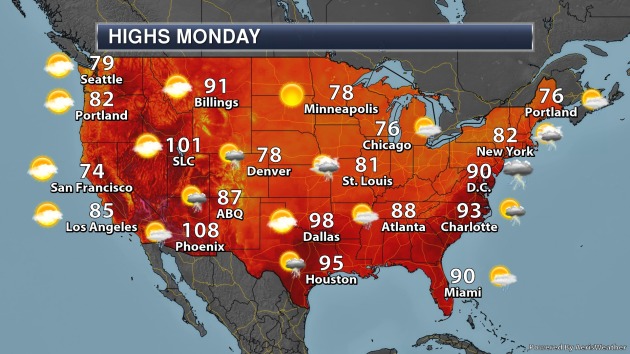 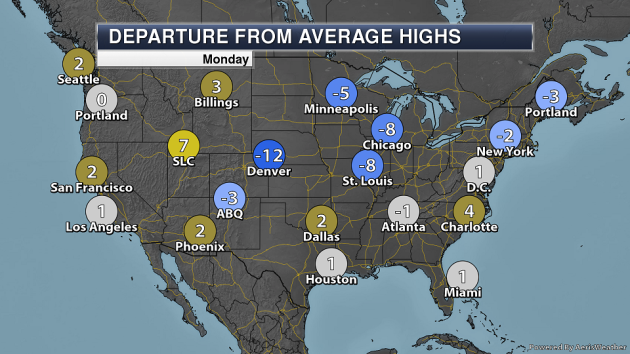 As we head into Monday, heat will be on the decrease across the Northeast, with highs around average to slightly below average from Portland, ME, through New York City into Washington D.C. A frontal boundary from the Northeast into the Southern Plains will help spark off showers and storms, some of which could contain heavy rain across the northern Mid-Atlantic. Some afternoon showers and storms will be possible in the western United States, including monsoonal moisture in the Desert Southwest. 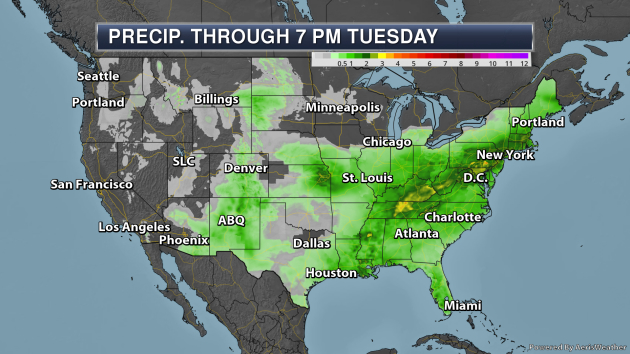 Through Tuesday morning, some areas of heavier rain (2-3″+) will be possible from the Northeast to the Deep South. Some of this could lead to flash flooding, especially in the northern Mid-Atlantic. 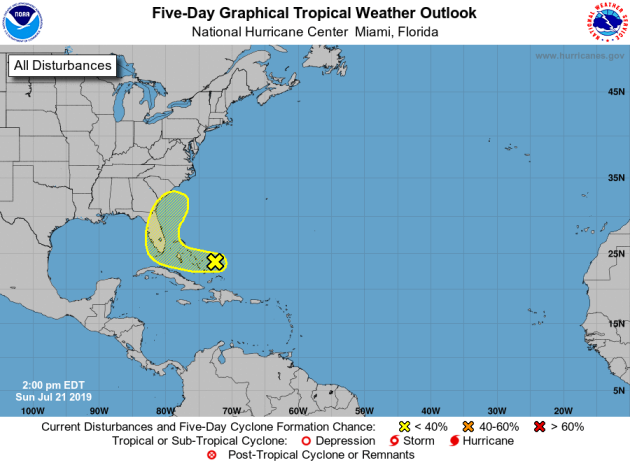 Out in the Atlantic, we are watching an area of low pressure that is near the Central Bahamas. The good news is only slight development is expected with this system over the next few days, and it only has a 20% chance of becoming a tropical system within the next 5 days.

More from BuzzFeed News: “A 9-year-old girl died Friday in Nevada after the bounce house she was playing in was lifted 10 feet by strong wind into power lines. According to the Washoe County Sheriff’s Department, dispatchers received a call around 4 p.m. on July 14 that a bounce house with three children inside had been lifted by wind onto overhead power lines in a Reno neighborhood. The local utility immediately cut power to the area, and sheriff’s deputies responded along with the fire department.”

We Went to the Moon. Why Can’t We Solve Climate Change?

More from the New York Times: “Could a “moon shot” for climate change cool a warming planet? Fifty years after humans first left bootprints in the lunar dust, it’s an enticing idea. The effort and the commitment of brainpower and money, and the glorious achievement itself, shine as an international example of what people can do when they set their minds to it. The spinoff technologies ended up affecting all of our lives. So why not do it all over again — but instead of going to another astronomical body and planting a flag, why not save our own planet?”

More from ABC News: “You’re not imagining it: This summer has been a really hot one.  Last month was the hottest June ever, according to a new report from the National Oceanic and Atmospheric Administration — and it was the overall hottest first half of the year in South America, Mexico, New Zealand, Madagascar and other parts of southern Africa.  As millions of people prepare to face scorching temperatures across the U.S. this weekend, scientists are warning that unless major changes are made, we’d better brace for more heat moving forward.”