Massive Flooding In Houston, TX; A Wet May Across The South 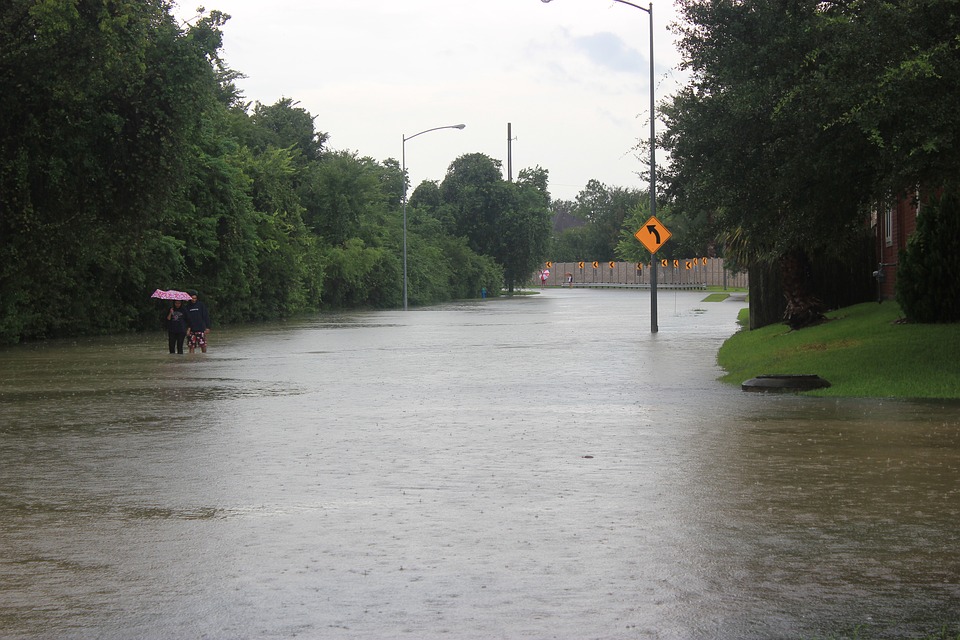 Houston, TX, saw massive flooding overnight as heavy rain fell over the city and a flash flood emergency was declared for parts of Harris and Fort Bend Counties. Numerous roads were underwater (at least 46 stretches of metro freeways according to Houston TranStar) and water rescues were reported. At least 200 people were still stuck early Tuesday morning at the Toyota Center after the Houston Rockets-Golden State Warriors basketball playoff game last night.

What caused the flooding? Well, almost a foot of rain fell across the Houston area according to radar and ground reports. With the rain that was received overnight, Houston now sits at 16.72″ of rain for the month of May – breaking the previous record of 14.10″ back in 1895.

Rain gauges across the Houston area recorded 4-11″ of rain overnight. Taking a look at the rain totals from the Harris County Flood Control District, you can see parts of southwest Harris Country received almost 11″ since yesterday evening.

Those in Houston, just like many other locations across the south, just won’t catch a break over the next few days. Storm chances remain in the forecast each of the next seven days.

Not The Records Many Want

Map of May rainfall across the southern Plains

It has certainly been a wet month across the south, with some areas seeing over 20″ of rain! To put that in some perspective – that’s almost the amount some areas received all of last year!

With all the rain the past month, numerous areas are approaching not only their wettest Mays on record, but their wettest MONTHS on record from Colorado and Nebraska down through Texas. Here is an update on how some areas are doing:

On Saturday, Oklahoma City, OK, broke both their wettest May and wettest month records within moments of each other as a heavy downpour moved through. We have added more rain since then, and so far this month they have tallied up 18.85″ through Monday. To help put it in perspective, Oklahoma City only saw 28.38″ of rain in total during 2014 – and we’re already more than half way to that total this month alone.

Wichita Falls, TX, broke their record for the wettest month on record last Friday. As of yesterday, they sat at 14.15″ inches for the month of May – 11.20″ above average.

After two days this month with 4.56″ of rain each day – the first on May 12th and the second on May 21st – Corpus Christi has seen 13.41″ of rain so far this month. This is enough to break the previous May monthly record of 10.44″ set back in 1941 and ranks this May as the ninth wettest month on record. As a note, both May 12th and 21st now rank as the third wettest May days in Corpus Christi recorded history.

In Colorado Springs, CO, they have seen 7.40″ of rain so far this month. That not only ranks them as the second wettest May on record, but also the fifth wettest month on record.

Rounding off our tour for this time, Lincoln, NE, has received 10.68″ through Monday this month, ranking it as the second wettest May on record for the capital of Nebraska. It also ranks as the tenth wettest month on record.

Numerous areas across the central and southern Plains are seeing elevated rivers and lakes due to the massive amounts of rain that have been seen. Some river records have even been broken over the past few days due to copious amounts of rain in a very short amount of time – combined with the rest of the moisture they’ve seen the past month.

The rain will just continue to fall on portions of the south over the next few days, with another two or more inches possible. Any more rain is only going to help make the flooding situation worse in many areas.