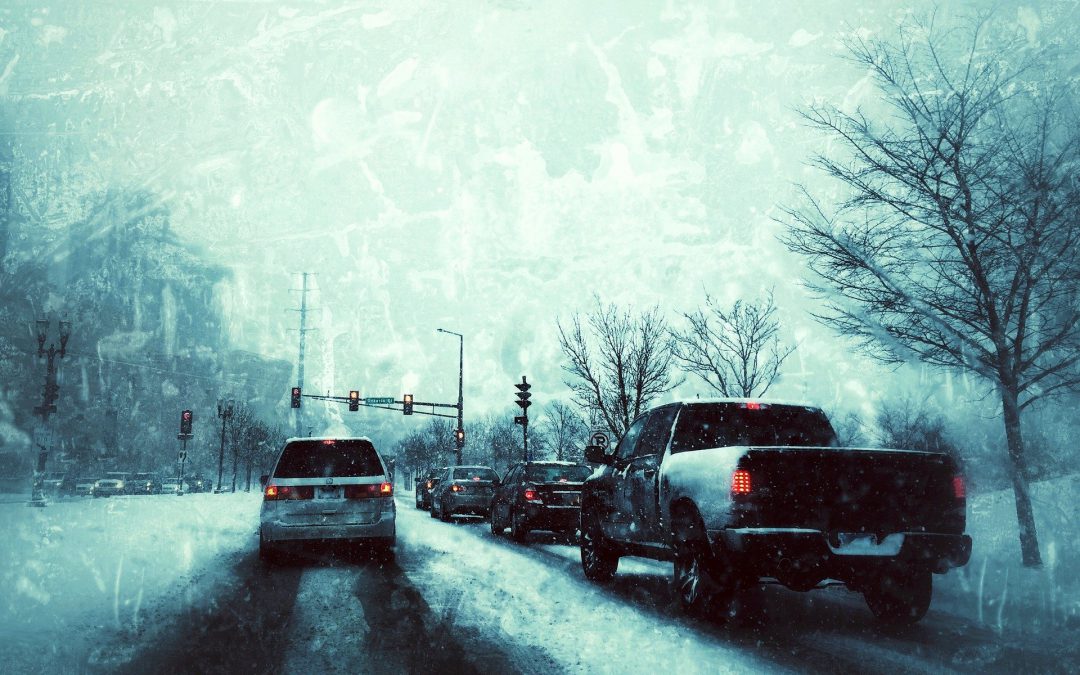 As we head through Thursday, icing concerns will continue from central Texas through the Mid-Atlantic, with some snow into portions of the Northeast and storms in the warm sector of the system. A system out west will bring rain and snow chances, with some snow in the upper Midwest and Great Lakes.

Up to at least a half an inch of ice will be possible from the Ozarks to eastern Kentucky (more on this below). Some areas west of D.C. could see over a half a foot of snow through Friday with feet of snow at higher elevations out west. Up to 3” of rain could fall in portions of the Lower Mississippi Valley.

Ice Storm. With a stationary frontal boundary stretching across portions of the Southern Plains and Tennessee Valley, wintry precipitation – particularly in the form of freezing rain – is expected on the north side of the system from the Dallas area to the Ohio Valley today and Thursday due to cold air moving in at the surface. Precipitation will continue to expand across the region today into Thursday with waves of freezing rain falling. Some of the greatest ice accumulation is expected from the Ozarks to eastern Kentucky, where at least a quarter to a half an inch of ice could fall.

Ice Storm Warnings. Numerous Ice Storm Warnings have been issued from Arkansas to Kentucky through Thursday for the major icing threat across the region. Other areas stretching from the Southern Plains to the Mid-Atlantic have Winter Storm Watches and Warnings and Winter Weather Advisories in place for ice and/or snow. Some of the major cities under alerts include:

Potential Ice Totals. The ice potential will be the greatest threat across the mid-Mississippi Valley, Ohio, and Tennessee Valleys through the middle of the week. We could see at least 0.25” of ice from the Ozarks to portions of eastern Kentucky, with some of the highest totals across southern and eastern Kentucky, south of the Western Kentucky and Bluegrass Parkways. This ice would lead to hazardous or impossible travel conditions, and there would be the potential for tree damage and power outages.

An Early Heads Up. As we head toward the second half of this weekend into Presidents’ Day, another system will be diving south across the Southern Plains, bringing the potential of another round of snow and ice due to the cold air in place. We will keep an eye on this over the next several days and will continue to update.

Winter Storm Watches. Meanwhile, as an area of low-pressure approaches and makes landfall in southern Oregon Thursday, cold air will be in place across portions of the Pacific Northwest. This setup could lead to snow in lowland areas along with the typical mountain snow. Another system will be possible Friday Night into Saturday. Some Winter Storm Watches have been issued for this potential, including the following areas:

Snow Potential. While we are anticipating lowland snow during the second half of the week into the weekend in the Pacific Northwest, there is still uncertainty in how much could fall – including for Seattle and Portland – depending on the overall track of the systems and the cold air mass that is in place. Stay tuned over the next few days for the latest on these storms but be prepared for the potential of rough travel across the region.

Why oil giants are swapping oil rigs for offshore windfarms

More from The Guardian: “The world’s biggest oil companies are no stranger to UK waters, but by the end of the decade they will be running more offshore wind turbines than oil rigs. BP has already made a splash with a record-breaking bid to build two giant windfarms in the Irish Sea. The company beat established renewable energy players by offering to pay the Crown Estate £900m a year to develop the sites, more than 15 times the price paid for similar deals in the past.”

More from Fast Company: “Last year saw a raft of unprecedented extreme-weather events—the biggest-ever California wildfire, the most named storms in the Atlantic, the costliest thunderstorm in U.S. history. Experts said these disasters both highlight the current toll of climate change and provide a grim preview of what’s to come. Last year also saw unprecedented attacks on U.S. democracy—a president who refused to concede an election he lost, his allies who tried to overturn the results, his supporters who laid siege to the Capitol. Though few people would say so, these events also show what we might expect in a hotter, more turbulent world.”