Is The Atlantic Staying Active? – National Weather Outlook For August 31, 2020 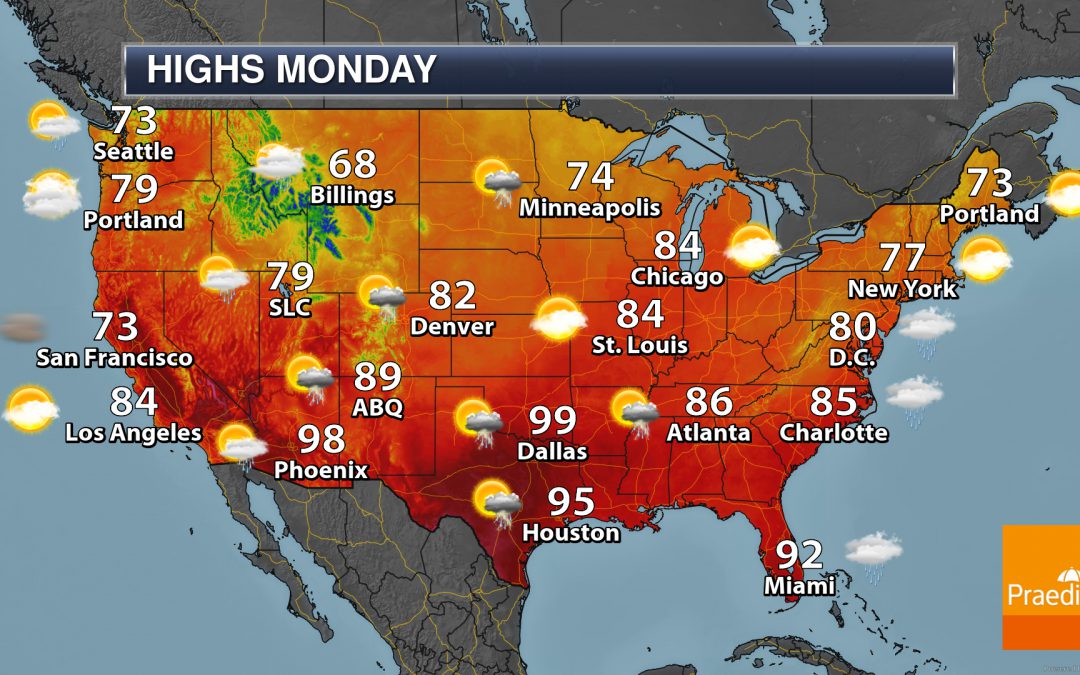 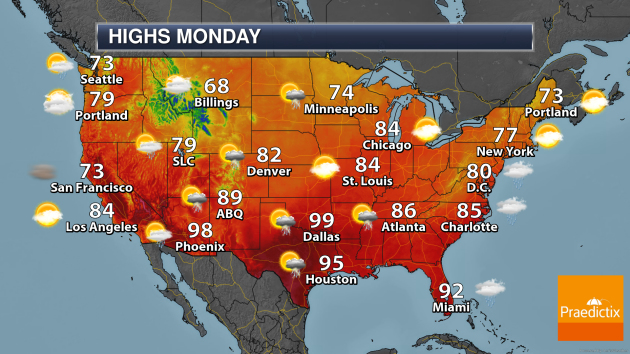 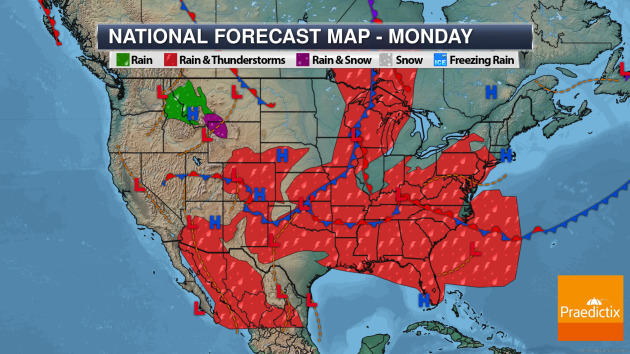 For the last day of August Monday, we’ll watch a cold front sinking south and east across the Great Lakes to the Southern Plains with showers and thunderstorms. A stationary front and slow-moving area of low pressure will bring rain from Oklahoma to the Mid-Atlantic states. Some rain and snow will be possible in the Northern Rockies. 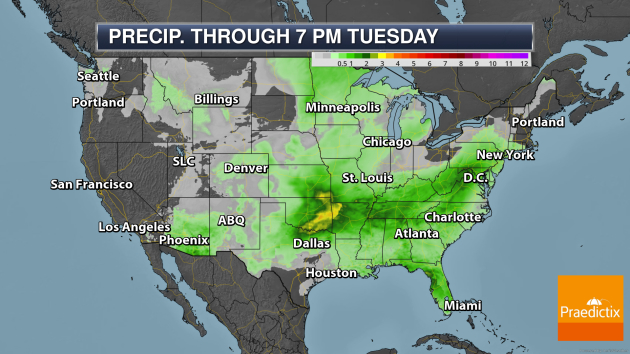 Areas of heavy rain will be possible through Tuesday from the Central Plains into portions of the Mid-Atlantic and portions of the Florida Gulf Coast, where rainfall amounts of at least 1-3″ are possible. 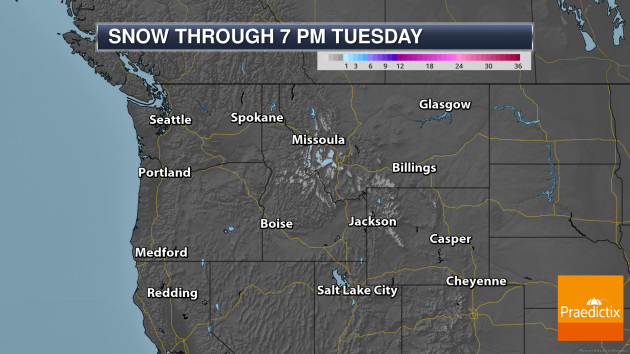 Meanwhile… winter is coming, of course. And Sunday into Monday we are watching the chance of some rain/snow and maybe accumulating snow across portions of the Northern Rockies. Only a couple of inches can be expected… but just a sign that we’ll be looking at more snow maps soon enough. 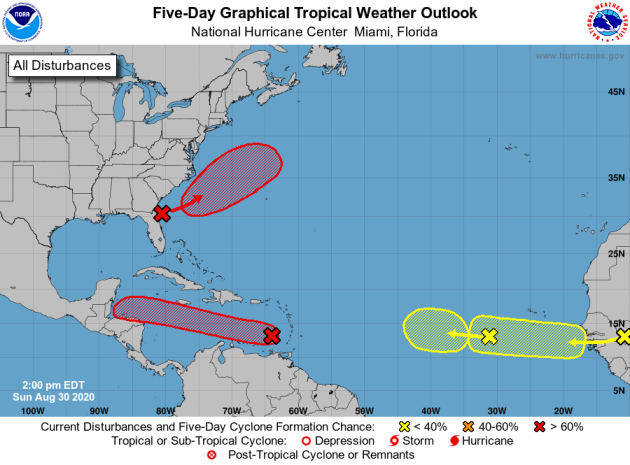 We are tracking a handful of systems in the Atlantic, two of which have a high chance of becoming a tropical system in the next five days. Here’s the latest information from the National Hurricane Center as of Sunday afternoon:

For the North Atlantic…Caribbean Sea and the Gulf of Mexico:

1. A westward-moving tropical wave accompanied by a broad low pressure area is located over the eastern Caribbean Sea just west of the Windward Islands. Associated shower and thunderstorm activity continues to show signs of organization, and environmental conditions are expected to gradually become more conducive for development. A tropical depression is likely to form during the next day or two while the system moves moves westward at about 15 mph across the central Caribbean Sea.  Interests in Jamaica, Honduras, Belize, Guatemala and Yucatan should monitor the progress of this disturbance.
* Formation chance through 48 hours…high…70 percent.
* Formation chance through 5 days…high…80 percent.

2. An area of low pressure is expected to form off the southeastern coast of the United States in a day or two. Subsequent development of this system is possible, and a tropical depression is likely to form by the middle of the week while the system moves northeastward or east-northeastward, initially parallel to the southeastern coast of the U.S. and then away from land.
* Formation chance through 48 hours…medium…60 percent.
* Formation chance through 5 days…high…70 percent.

More from CBS News: “Before Hurricane Laura battered Louisiana, it drenched the Dominican Republic, Haiti and Cuba with deadly rainfall, killing at least 23 people outside the U.S. Because of their mountainous terrain and vulnerability to flash flooding and landslides, the Caribbean islands are particularly susceptible to a warming climate, which causes tropical systems to get considerably wetter. According to a new study, “considerably” may mean a 5 times greater likelihood of extreme hurricane rainfall in a warmer world.”

More from Business Insider: “As climate change continues to increase the frequency and intensity of storms, and as sea level rise and coastal erosion push storm damage further inland, millions of additional American properties are at risk for catastrophic damage each year. A major report released in June shows that federal flood maps underestimate the number of homes and businesses at risk of flooding by a stunning 67%. The cost of this flooding, much of it coming from hurricanes and other storms, is staggering. Between 1980 and 2019, the cost of storm damage in the United States has totaled $1.75 trillion. That is $300 billion more than the estimated total value of all property that sits within 700 feet of the US coastline.”

What Climate Change Does to the Human Body

More from Scientific American: “The wildfire season is off to a roaring start. The hot summer is worsening drought and drying out vegetation—an unfortunately ideal environment for wildfires to rage. But that’s just one consequence of global warming; it’s also leading to flooding, torrential rainstorms and heat-related deaths. In fact, the climate crisis has led to a widespread public health crisis. And as an ear, nose and throat physician, I see the effects more and more often. I vividly remember a patient who came in late for her appointment during a July heat wave. When I walked in, she said, “I’m so sorry I’m late, I was up all night walking my grandbaby around the train station.” Without air conditioning at home, the child was sweating through her clothes in the heat of the night, putting her at risk for dehydration.”