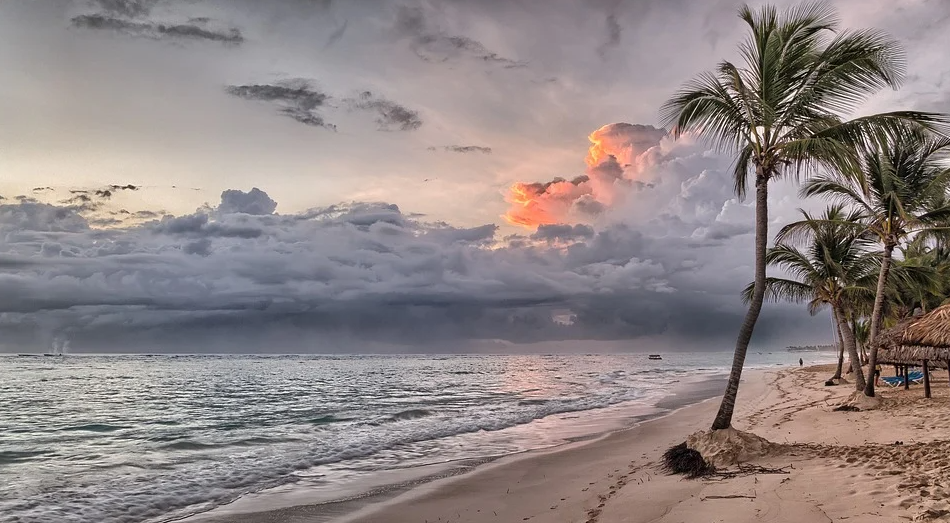 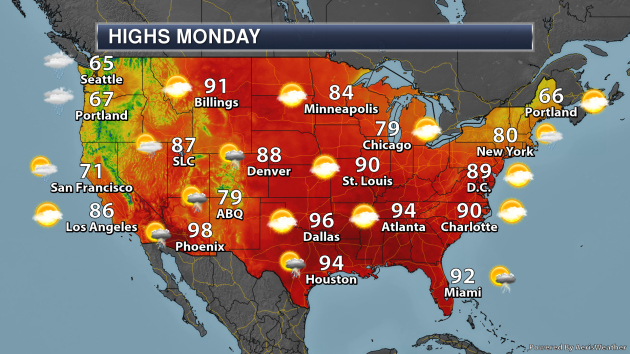 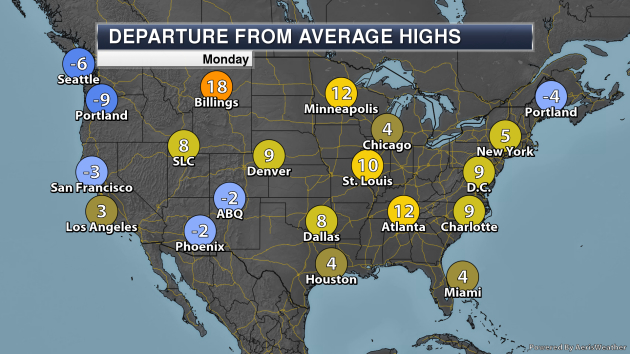 On Monday, Humberto will still be sitting off the Southeast coast, not bringing too many impacts to the region besides potentially some rain along the coast as well as higher surf and rip currents. Showers and storms will be likely along the northern and western Gulf Coasts. An area of low pressure will bring some scattered showers to portions of the Northeast and southern New England. Some showers and storms will be possible in the Southwest. Meanwhile, a front moving through the Northwest will also bring showers and storm chances. A few record highs could be possible in the Southeast. 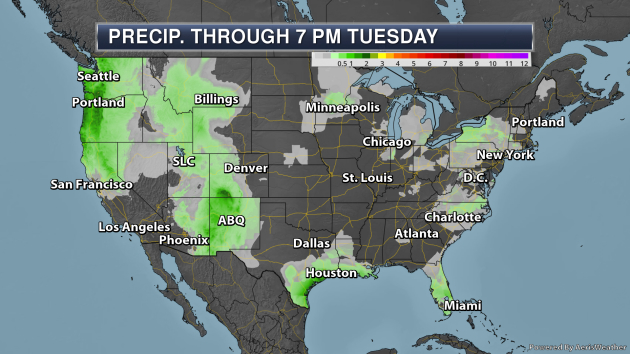 A few areas of heavier rain will be possible through 7 PM Tuesday across the nation. Rainfall tallies could top 2″ across portions of the Pacific Northwest and along the western Gulf Coast. The latter would be due to a tropical disturbance moving in, bringing some heavier rain along with it. 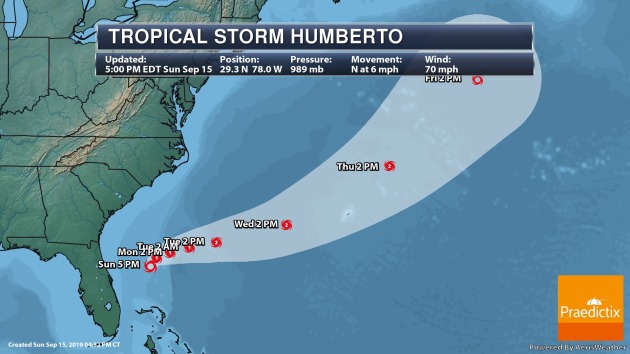 Humberto was almost at hurricane strength as of Sunday evening, sitting off the Southeast coast. While this system will continue to produce rip currents and high surf along the Southeast coast, the system will turn away and head off in a northeasterly direction starting Monday. On this track, Humberto could impact Bermuda in some way as a Category 2 storm later Wednesday into Thursday.

Cleanup resumes in Bahamas as Humberto swirls away

More from the Miami Herald: “Jeffrey Roberts lifted a mustard-yellow curtain from the ground as he looked for passports and other documents at the site where his family’s home once stood in Grand Bahama. He then moved the cloth aside, picked up a pair of old, rusty pliers, and continued his search. “We got to take what God gives us,” Roberts said in reference to Tropical Storm Humberto, which narrowly missed the island over the weekend as it continued on its northward trajectory well offshore of Florida’s east coast.”

Most Americans say climate change should be addressed now

More from Climate News Network: “By land and sea, some of the planet’s hot spots are already above the temperature agreed by scientists and politicians as the maximum allowable to prevent a disastrous climate crisis. The limit was accepted by 195 governments in the Paris Agreement, reached in 2015: it committed them to preventing the global average temperature rising by more than 2°C (35°F) above its pre-industrial level, and doing all they could to keep it below 1.5°C. It is making slow progress. But a novel study, an analysis of scientific data by a leading US newspaper, says that about 10% of the Earth has already passed the 2°C level, with roughly twice as many hot spots above the 1.5°C mark.”