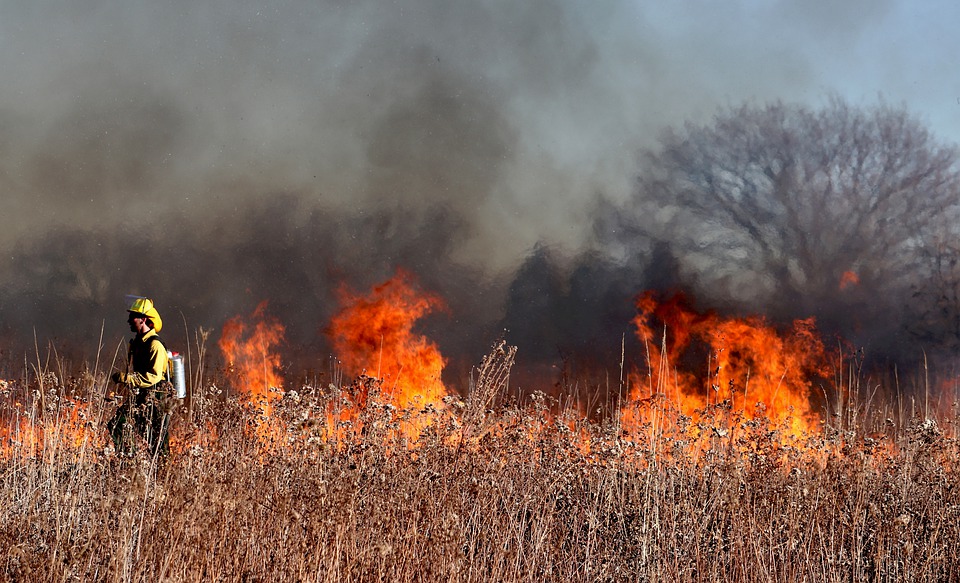 It is such a relief talking about the weather these days. Even “bad weather” is a welcome break from pandemics and civil unrest. We are extras in a bad Tom Clancy thriller, one that almost makes me long for the good ‘ol days of 2020. Not really.

My late mom was a glass-half- full woman. During of our most difficult times growing up she would say “No storm lasts forever. A rainbow always reappears.” Good news can’t arrive soon enough.

Clouds increase today, but I expect another PM thaw. A sloppy mix overspreads the state Thursday, with most of the accumulating snow falling Thursday night into Friday. I don’t think this is “The Big One” (no long-duration supply of moisture from the Gulf of Mexico) but a few inches may pile up. I’m thinking 2-5 inches in the metro, maybe 4-6 inches north and west of MSP. ECMWF is hinting at more (see below) but I want to see a few more model runs before going above 5”.

Travel conditions improve this weekend and temperatures bounce back to near freezing late next week.

A cold correction is brewing for late January; single digit highs and subzero nights are likely.

ECMWF Snowier Than NOAA Models. NOAA’s various NAM models are hinting at 3-5” of snow by Saturday morning, but ECMWF (above) is snowier, with closer to 7-8” for the metro. Not buying it…yet.

Snowfall Potential by Thursday Evening. Snow Thursday should be wet and sloppy, even mixed with rain. NOAA NDFD numbers print out about an inch by 7 PM Thursday.

Peak Thaw Today – Back to Average This Weekend. Afternoon temperatures may reach 40F this afternoon before a slow slide later in the week. On the backside of Friday’s storm a northwest wind will cool temperatures back down into the mid 20s, which is normal for mid-January in the Twin Cities.

Colder Air Still Coming. GFS is consistent in a pretty major phase shift of steering level jet stream winds, buckling enough to bring polar air into the northern tier states the last few days of January. We are due for a reality check.

Warm Start to 2021. We will see more cold fronts (no kidding) but a mild, Pacific bias continues to show up on our maps. Here’s an excerpt from Dr. Mark Seeley at Minnesota WeatherTalk: “The persistent warmth which started in November and carried on in December is continuing into the year 2021. For the first full week of the year temperatures have average 8 to 17 degrees F above normal across the state, with the largest deviations in northern Minnesota. International Falls has seen daily deviations as high as 26°F above normal. The largest daily deviation from normal temperatures occurred on January 4th. In fact, some daily record temperature values were set that day within the state climate network. New daytime maximum temperature records were reported from several locations, including: 45°F at Cass Lake, 40°F at Kabetogama and 39°F at Hibbing...”

Five 2020 Weather Events You May Have Not Heard About. A post at Forbes goes into detail: “…The derecho that hit Eastern Iowa last August is officially the most costly thunderstorm event in recorded U.S. history. A derecho is a widespread, long-lived wind storm that is associated with a band of rapidly moving thunderstorms. Specifically, a storm is considered a derecho if the wind damage swath extends more than 240 miles and includes wind gusts of at least 58 mph or greater. According to data released by the National Oceanic and Atmospheric Administration (NOAA), the Iowa derecho started in South Dakota and went nearly 800 miles in just 14 hours, causing a total of $7.5 billion in damage. Iowa took the brunt of the storm’s blow, experiencing wind gusts as high as 126 mph and 25 tornadoes…”

A Model That Predicts the Spread of Wildfire Smoke Becomes Operational. NOAA NESDIS has details: “…HRRR-Smoke is the first weather forecast model in the U.S. to include smoke’s impact on weather, and it has been operating experimentally out of NOAA’s Global Systems Laboratory in Colorado since 2016. Earlier this month, after more than a year of rigorous testing, HRRR’s smoke forecasting capabilities were transitioned to NOAA’s National Centers for Environmental Prediction, where thousands of computer processors power a fleet of weather models. There, HRRR-smoke now runs around the clock, producing a new weather and smoke forecast every hour. The model ingests real-time data from the NOAA-20 and Suomi-NPP satellites, as well as NASA’s Terra and Aqua satellites...”

NASA Satellite Images Show How the Climate Crisis is Transforming the Planet. The Independent has the story: “NASA has released a series of satellite pictures which capture the impact of extreme weather events around the world in 2020. The new pictures, part of a wider project called ‘Images of Change’, were released by Nasa’s Global Climate Change group and are mostly composed of before-and-after shots which demonstrate the damage left in the wake of climate related events such as severe floods and wildfires. Also included are pictures showing more prolonged measures of climate change, such as receding glaciers and desertification...”

Record Number of Billion-Dollar U.S. Disasters in 2020. NOAA has details: “It was an extraordinary year for weather and climate events in the U.S.: The nation endured an unprecedented 22 billion-dollar disasters in 2020. A record number of named tropical storms formed in the Atlantic, with a record 12 making landfall. The nation also had its most active wildfire year on record due to very dry conditions in the West and unusually warm temperatures that gripped much of the country...”

You Might Be Surprised About the Riskiest Places to Live in the US. I’m feeling even better about living in Minnesota these days. A post at AP and Voice of America caught my eye: “…Out of over 3,000 counties in the U.S., Los Angeles County in southern California is the riskiest place to live. That is home to the city of Los Angeles. The counties in the U.S. that are home to other large U.S. cities are risky, too. New York County, home to New York City, and Miami-Dade County in Florida have large populations, lots of buildings and homes and are close to water. Cities that are close to water are generally considered risky due to flooding. Other U.S. cities that have a high risk index are Philadelphia, Pennsylvania; San Antonio, Texas; and St. Louis, Missouri...”

Moderate Risk for Hennepin and Ramsey Counties. Why? Value of properties and infrastructure in the path of potential floods and tornadoes.

The Arctic Ocean is Teeming with Microfibers from Clothing. WIRED.com (paywall) has the story; here’s a clip: “…Everywhere scientists look in the world’s oceans, they’re finding microfibers, technically a subcategory of microplastics, which are defined as particles less than 5 millimeters long. And now, after making four expeditions across the Arctic Ocean, a team of scientists is reporting just how badly even these remote waters have been tainted. Sampling as deep as 1,000 meters, they found an average of 40 microplastic particles per cubic meter of water, 92 percent of which were microfibers. Nearly three-quarters of these were polyester, strong evidence that humanity’s addiction to synthetic clothing is corrupting Earth’s oceans…”

Facebook is a Doomsday Machine. Delete your account. Here’s an excerpt from a post at The Atlantic: “…The cycle of harm perpetuated by Facebook’s scale-at-any-cost business model is plain to see. Scale and engagement are valuable to Facebook because they’re valuable to advertisers. These incentives lead to design choices such as reaction buttons that encourage users to engage easily and often, which in turn encourage users to share ideas that will provoke a strong response. Every time you click a reaction button on Facebook, an algorithm records it, and sharpens its portrait of who you are. The hyper-targeting of users, made possible by reams of their personal data, creates the perfect environment for manipulation—by advertisers, by political campaigns, by emissaries of disinformation, and of course by Facebook itself, which ultimately controls what you see and what you don’t see on the site…”

38 F. high in the Twin Cities on Tuesday.

January 13, 1916: The high temperature in the Twin Cities only reaches a frigid -14 degrees.

Climate-Fueled Floods Costing The United States Billions: Headlines and links via Climate Nexus: “Climate change caused $75 million of flood damage in the past three decades, nearly one-third of all damage caused by flooding, according to a new study published in the Proceedings of the National Academy of Sciences. Warmer air holds more moisture, producing more frequent and intense rainfall. “The more global warming we get, the more we can expect these damages to increase – and reductions (in emissions) will have value in terms of avoided costs,” Stanford climate scientist Noah Diffenbaugh, co-author of the study, told Reuters.” (Bloomberg $, Reuters, CNBC, CBS; Climate Signals background: Climate Change & Flooding)

Engineering is Key in Tackling Climate Change. Here is an excerpt from an Op-Ed at Raconteur: “…The United Nations tells us the world has barely 30 years of fertile soil remaining such is the level to which we are over-farming the land. This timescale coincides with anticipated increase in global population from today’s 7.5 billion people to 9.8 billion by 2050. Many engineers across the world are already working on technological solutions, from more efficient fridges to new architectures for a distributed energy grid, from cars that can do over 200mpg (equivalent) to the massive scale of geo-engineering. These technologies are a key part of the jigsaw of activities that will form a solution. Other parts include government policy and changes to consumer behavior. We also firmly believe that engineers have a more direct and more urgent duty to ensure that the systems they work on are as resource efficient as they can be...”

Inside the CIA, She Became a Spy for Planet Earth. Talk about an accidental discovery of monumental importance. Here’s an excerpt of a fascinating story at The New York Times (paywall): “…The first reconnaissance satellite, known as Corona, was launched in 1960. Federal experts have put the overall cost of its hundreds of successors at more than $50 billion. An accident of fate let the fleet assess a top environmental concern — the extent to which vast expanses of Arctic and Antarctic ice were retreating. Many spy satellites orbit on north-south paths that pass close to the poles so that, as the planet turns, the vast majority of Earth’s surface passes beneath their sensors over the course of 24 hours. Thus, their many paths converge near the poles…”

Agriculture Must Be Part of Climate Change Negotiations, Says Farm Bureau. Here’s the intro to a post at Food and Environmental Reporting Network: “Although blamed for 10 percent of U.S. greenhouse gas emissions, agriculture has a “great track record” through land stewardship and biofuels in mitigating climate change, says Zippy Duvall, president of the American Farm Bureau Federation, in looking ahead to the Biden administration. “We must make sure we are at the table for discussions around climate change.” Speaking during the opening session of the AFBF annual convention, held online this year, Duvall said, “Farmers have a great story to tell when it comes to protecting our environment,” noting that roughly 140 million acres, or 219,000 square miles, of farmland are enrolled in federal soil and water conservation programs and biofuels “reduce greenhouse gas emissions by 71 million tons per year…”

Controversial NOAA Climate Officials Release Papers Making Dubious Claims. I’m shocked. Here’s an excerpt from an explainer at Capital Weather Gang: “…The papers, which were published on non-government websites, bear the imprint of the Executive Office of the President and state they were copyrighted by the White House Office of Science and Technology Policy (OSTP). “These papers were not created at the direction of The White House Office of Science and Technology Policy nor were they cleared or approved by OSTP leadership,” OSTP spokesperson Kristina Baum said in an email. The papers make controversial and disputed claims about climate science, including that human-caused global warming “involves a large measure of faith” and that computer models are “too small and slow” to produce meaningful climate simulations...”