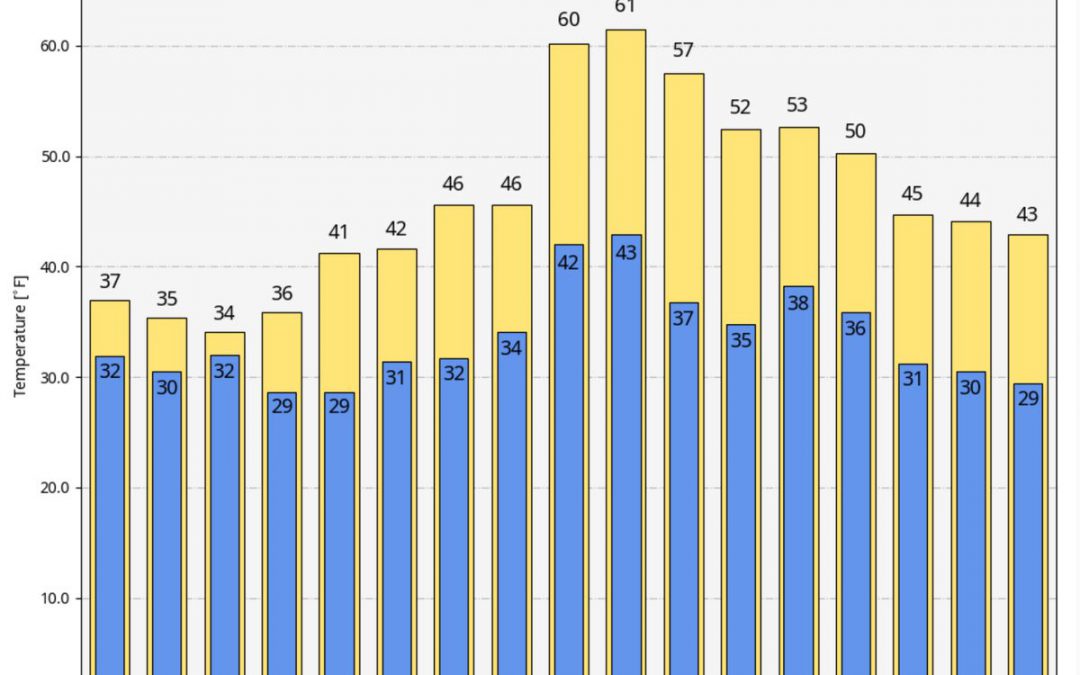 Should meteorologists be canceled when they say things we don’t want to hear? Are there times censorship of the 7-Day is appropriate? What are the limits of free speech in late March, when Minnesotans just don’t want to hear about cold fronts and slush?

It’s time to put on my therapist hat. NOAA’s climate models hint at a much warmer than average spring for much of the USA, including Minnesota. I’m skeptical but hopeful this may verify. Short-term weather models pull 50s and even a few 60s into town the first week of April. Within a few weeks this perpetual February will give way to chirping birds, greening lawns and thawing ponds. Spring is coming, but not nearly fast enough for most of us.

A southern storm spreads a cold rain into town later today, changing to an icy mix tomorrow, with a little slush possible Wednesday night. Plowable amounts are possible from Bemidji to Hibbing, but not in the immediate metro.

Yes, a Minnesota spring is more theory than reality. It tests a man’s soul.

Rain and Freezing Rain. Temperatures should be well above 32F by the time rain arrives, but some highway surfaces (especially bridge decks north of MSP) may still be cold enough for rain to freeze on contact later today. Watch for pockets of freezing rain and glaze ice.

Nuisance Snow for MSP Metro. For at least one glorious moment in time weather models appear to be fairly aligned, with a few inches of sloppy snow up north, but very little for the metro area. NOAA’s NAM model prints out a secondary band of more significant snow across central Wisconsin, closer to the storm track.

Spring Sneaks Back Into Town This Weekend. After one more unnecessarily cold week with rain and slush we will see moderation in temperature by the weekend, with fairly consistent 40s and 50s on tap for next week. Hallelujah.

Mellowing Temperatures in April. A more zonal, west to east wind flow aloft should tug at the mercury with 50s becoming more prevalent by the second week of April, even a shot at 60 degrees. Are we out of the woods with snow? No, but the predicted pattern 2 weeks out is not ideal for big, sloppy, southern storms.

More Women Are Becoming Storm Chasers, Defying Convention and Breaking Barriers. I’ve chased tornadoes with amazing women over the years. The Washington Post and MSN.com take a look at the trends: “…As with many extreme sports and adrenaline-fueled hobbies, storm chasing has a demographics imbalance. Although Helen Hunt played a starring role as a chaser in the box office blockbuster “Twister,” male chasers have historically grabbed much of the spotlight. When a viral tornado video pops up on the evening news or on social media, it’s almost always produced by or featuring a man. But there are signs that the ranks of women storm chasers are growing, with more women attracted to the pursuit by both the intrigue of the science and the adventure. And they are having a positive influence on the endeavor…”

Ice Shelf Collapses in Previously Stable East Antarctica. AP News has the latest: “An ice shelf the size of New York City has collapsed in East Antarctica, an area long thought to be stable and not hit much by climate change, concerned scientists said Friday. The collapse, captured by satellite images, marked the first time in human history that the frigid region had an ice shelf collapse. It happened at the beginning of a freakish warm spell last week when temperatures soared more than 70 degrees (40 Celsius) warmer than normal in some spots of East Antarctica. Satellite photos show the area had been shrinking rapidly the last couple of years, and now scientists wonder if they have been overestimating East Antarctica’s stability and resistance to global warming that has been melting ice rapidly on the smaller western side and the vulnerable peninsula...”

East Antarctica Ice Shelf Collapse Amid Heatwave A Harbinger Of Things To Come: Climate Nexus has additional perspective, headlines and links: “An ice shelf holding back two glaciers in East Australia (nearest to Australia) collapsed catastrophically between March 14 and 16 as an extreme heat wave drove temperatures in parts of Antarctica 70°F (40°C) above normal. “The Glenzer Conger ice shelf presumably had been there for thousands of years and it’s not ever going to be there again,” Peter Nerff, an ice scientist at the University of Minnesota, told the AP. Climate change, mainly caused by the extraction and combustion of fossil fuels, is driving up temperatures around the world, but that heating is even greater at the Earth’s poles. More than the 460 square miles of ice, however, scientists are especially worried by the unprecedented collapse of the Glenzer Conger ice shelf (which held back the Glenzer and Conger glaciers from warmer waters) because it calls into question long-held understandings of the stability of the region’s ice and it’s resilience to global warming. The Glenzer Conger ice shelf collapse “is one of the most significant collapse events anywhere in Antarctica since the early 2000s when the Larsen B ice shelf disintegrated,” Catherine Colello Walker, an earth and planetary scientist at NASA and the Woods Hole Oceanographic Institution, told the Guardian. “It won’t have huge effects, most likely, but it’s a sign of what might be coming.” (AP, The Guardian, Gizmodo, Washington Post $, Axios, New York Times $, The Hill, Reuters, Al Jazeera, NPR, CNN, Newsweek, CNET, Clean Technica, UPI, The Independent, BBC, Bloomberg $, Daily Beast; Climate Signals background: Arctic amplification, Extreme heat and heatwaves)

What Climate Change Will Mean For Your Home. The Washington Post examines real estate trends in a rapidly-changing climate: “Not every buyer is as diligent about evaluating the potential risk of a weather-related disaster, but that may change in the future. Violent storms, wildfires, floods, droughts and extreme heat are among the increasingly visible signs of climate change. While safety issues associated with these events are of prime importance, the frequency and intensity of dramatic natural disasters are beginning to have an impact on property values and the cost of homeownership in some locations. Researchers are analyzing data to help buyers, homeowners, lenders, insurance companies and appraisers evaluate what the future may hold and how that could impact the housing market. “Most homeowners should care about climate change and the potential impact on their families and property,” says John Berkowitz, CEO and founder of OJO Labs, a real estate technology firm that owns the Movoto listing site in Austin...”

Climate Change is Spurring a Movement to Build Stormproof Homes. Because every threat is an opportunity. The Washington Post (paywall) explains: “…Just as technology has improved other industries, building science and building materials have evolved in recent decades, Azaroff says. “For example, before construction even starts, architects and builders can put their design through a program to see if any alterations would help the structure be more wind resistant,” Azaroff says. “We can project 50 to 100 years in the future and model how the house will perform under extreme heat conditions or increased precipitation.” At the same time, Azaroff says, architects are reevaluating traditional architecture to respond to environmental surroundings. For example, a hip roof, which has multiple slopes, offers better wind resistance than a gable roof, which has only two slopes…”

With Climate Changing, Get Educated About Flood Insurance. Commonwealth Magazine has an interesting post; here’s the intro: “It’s clear the climate is changing. According to FEMA, the U.S. has experienced more severe flooding in the last decade (18 severe floods during 2010-2019) than during the prior three combined (15 severe floods during 1980-2009). Whether related to hurricanes, extreme rainfall, snowmelt, mudflows or other events, floods cause billions of dollars in losses nationwide each year. New England homes don’t need to be in a flood zone to experience this disaster. However, a recent survey by Plymouth Rock Assurance revealed that 52 percent of homeowners are not concerned about flooding at their house and more than 80% do not even buy flood insurance...”