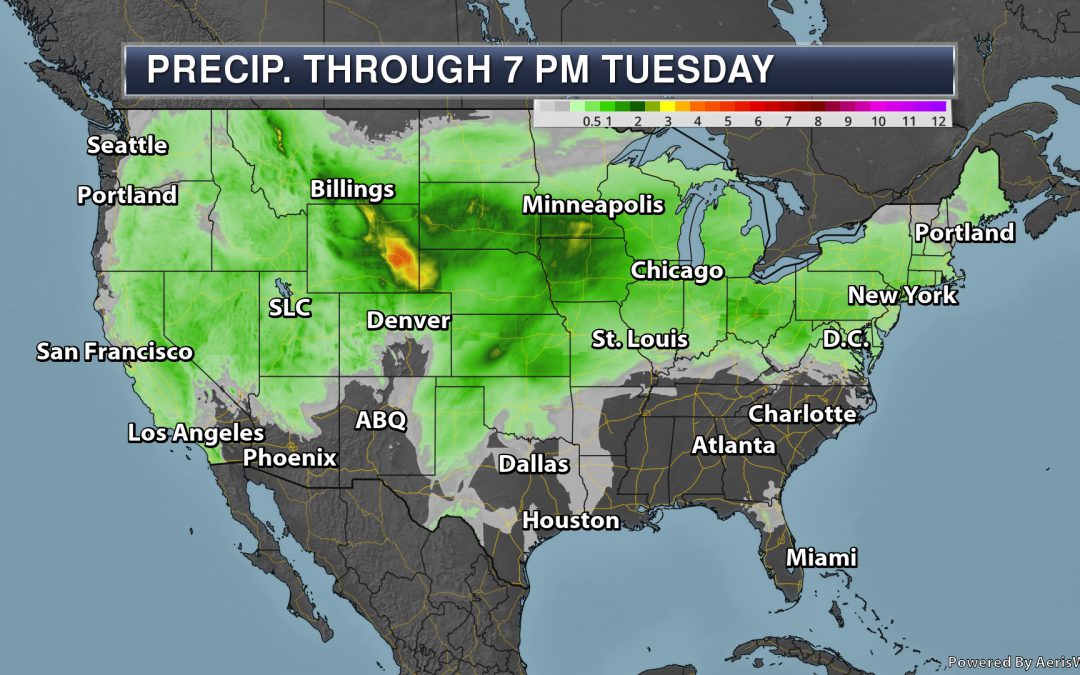 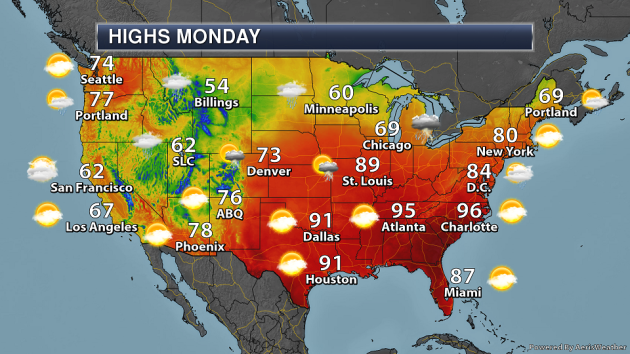 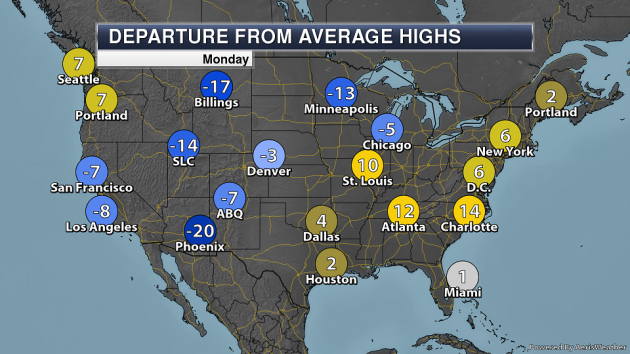 For Memorial Day Monday, an area of low pressure moving across the central United States will help spark off more showers and storms from the Upper Midwest and Great Lakes south into western Texas. Another area of low pressure in the Great Basin/Rockies will help produce rain and higher elevation snow. A front draped across parts of the Mid-Atlantic could help spark off some showers and storms. The other story will be the continuing heat in the Southeast, where some locations could see highs in the 100s. 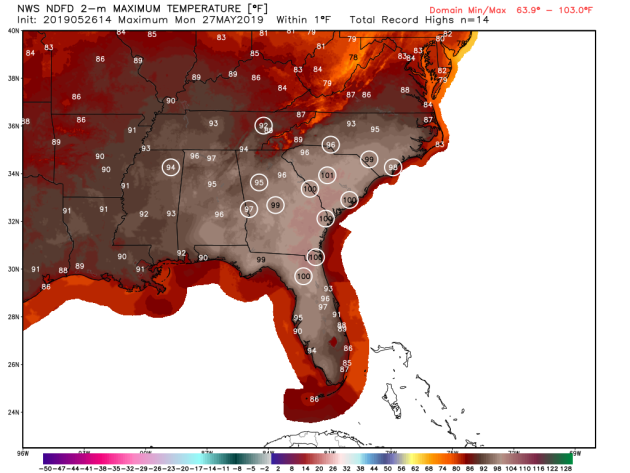 Numerous record highs are expected across the Southeast Monday once again, stretching from northern Mississippi and eastern Tennessee into northern Florida. Each circle above indicates that a record high could be broken in that location. 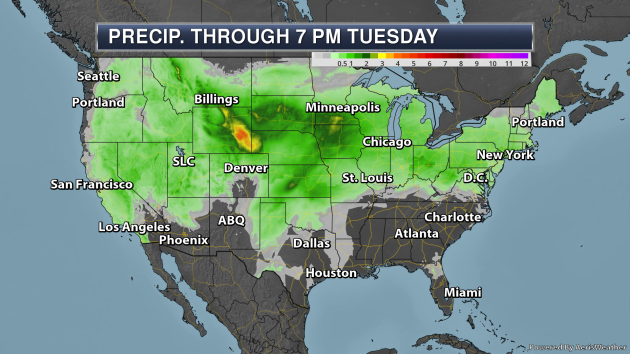 At least an additional 1-3″ of rain is expected across parts of the Plains that have been hit hard with recent heavy rain and severe storms. Parts of Wyoming eastward into southern Minnesota could pick up an additional 2-4″+ of rain as well through Tuesday evening. 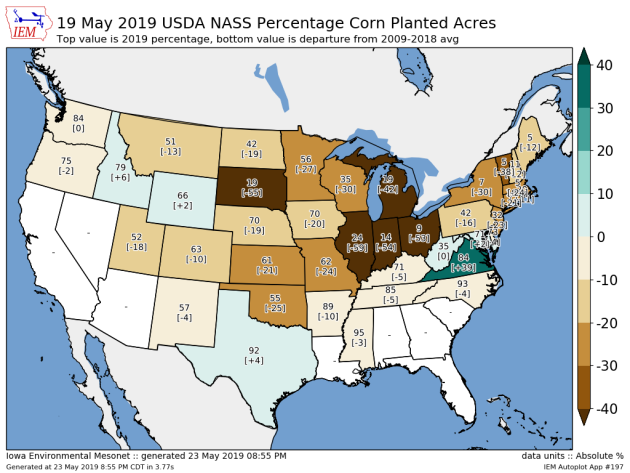 More from Iowa State: “The struggle with planting this year’s corn crop is well known and has reached a crisis point with multiple government programs and potential legislation now clouding the decision process for farmers. The featured map depicts the most recent USDA estimates for statewide corn planting progress with Iowa faring a bit better than surrounding states. The departures shown are against a previous ten year average. The weather continues to not cooperate with round after round of storms impacting some portion of the corn belt and the near term forecast is not good either.”

What Prevents Pluto’s Ocean from Freezing?

More from Scientific American: “Buried oceans like the one thought to slosh beneath the icy surface of the dwarf planet Pluto may be incredibly common across the cosmos. A gassy insulating layer probably keeps Pluto’s liquid-water ocean from freezing solid, a new study reports. And something similar could be happening under the surfaces of frigid worlds in other solar systems as well, study team members said. “This could mean there are more oceans in the universe than previously thought, making the existence of extraterrestrial life more plausible,” lead author Shunichi Kamata, of Hokkaido University in Japan, said in a statement.”

More from Climate.gov: “New model simulations of future Atlantic hurricane seasons suggest that higher greenhouse gas emissions will reduce vertical wind shear in an inconvenient place: along the U.S. East Coast. Inconvenient because active hurricane eras, such as the one we’ve been experiencing since the mid-1990s, tend to simultaneously produce relatively high vertical wind shear along the U.S. East Coast. This shear acts like a “speed bump” to landfalling hurricanes, making them less likely to rapidly intensify before coming ashore.”