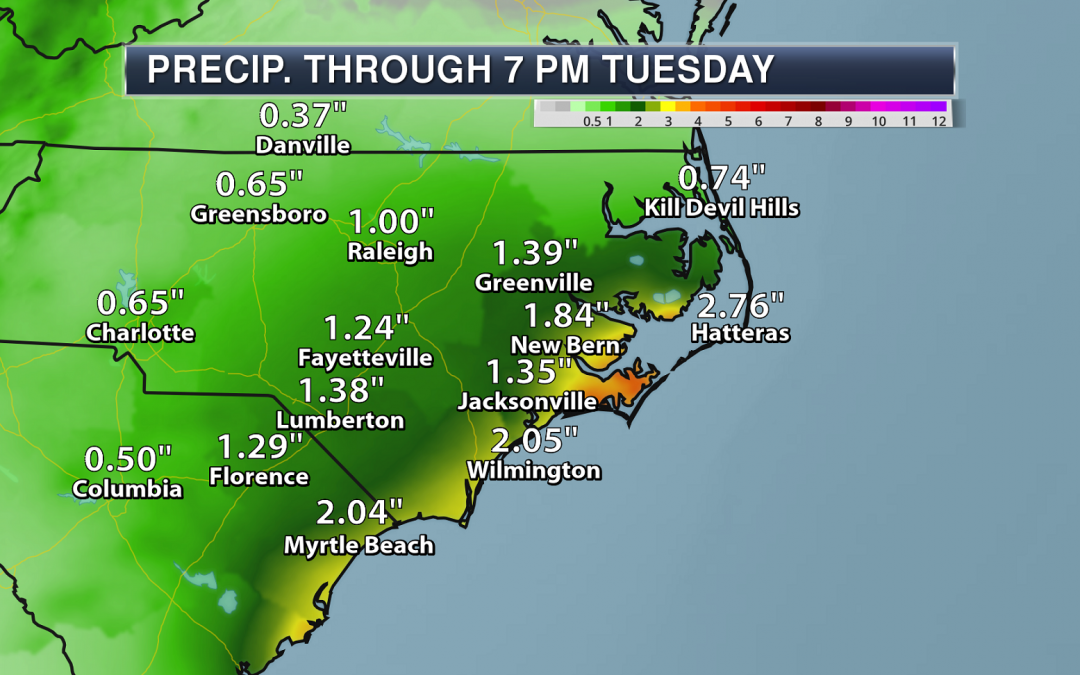 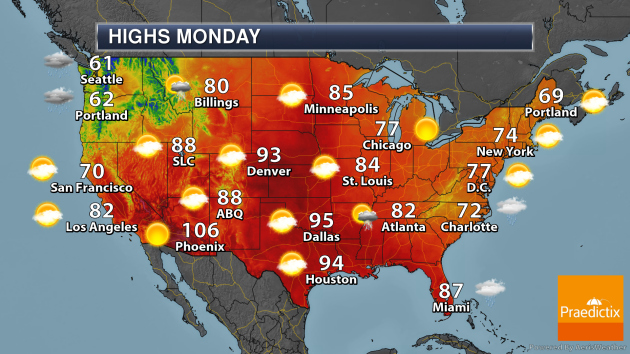 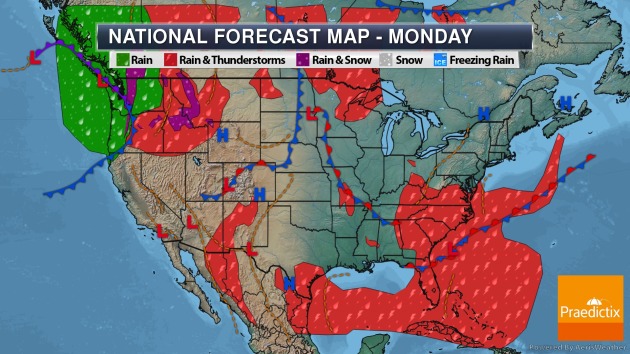 For Monday, an area of low pressure off the Southeast Coast along with a stalled frontal boundary will help produce showers and thunderstorms. A system moving east across the Upper Midwest could help spark a few scattered storms along with bringing in a surge of warmth. A cold front in the Northwest will bring shower and storm chances, along with some snow at higher elevations. 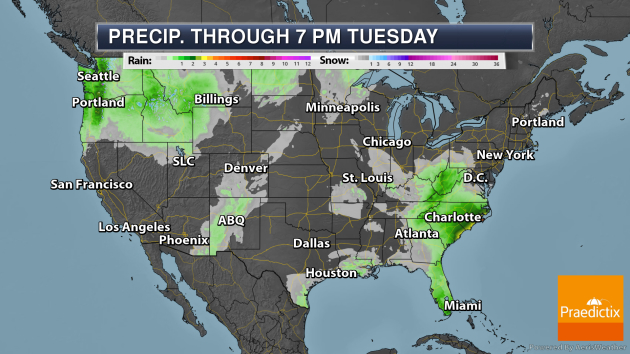 Heavy rain is expected to impact coastal areas of the Southeast through Tuesday evening, with some areas seeing over 3″ of rain. Heavy rain will also be possible in the Pacific Northwest, with some higher elevation areas from Washington and Oregon eastward into Montana seeing a few inches of snow. 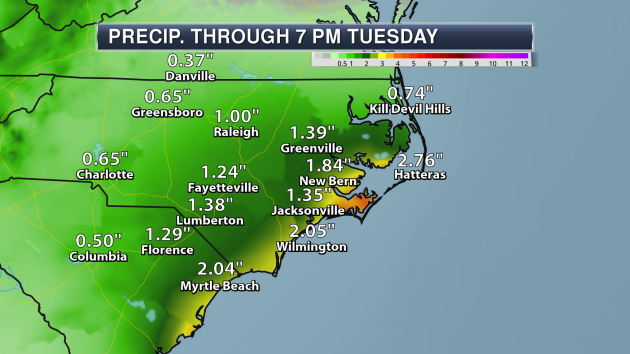 Rainfall totals of at least 2″ are expected for areas of the coastal Carolinas through Tuesday evening, including Hatteras, Wilmington, and Myrtle Beach.
_______________________________________________
Meet the first all-female Air Force weather team overseeing the next SpaceX launch
More from CNBC: “SpaceX has become well-known for trailblazing new firsts for the space industry but, when the rocket company launches its next mission, it will be the U.S. Air Force’s weather forecasting team that makes history. For the first time, all six members of the 45th’s Space Wing’s launch weather team are female. The Air Force team has made critical decisions for hundreds of rocket launches, always with at least one man among their ranks. But for the next SpaceX launch scheduled for Saturday morning, these six women will decide if the weather is clear: Major Emily Graves, Captain Nancy Zimmerman, Airman first class Hannah Mulcahey, Arlena Moses, Melody Lovin and Jessica Williams.“
Great Lakes water levels still setting records
More from the U.S. Army Corps of Engineers: “The U.S. Army Corps of Engineers, Detroit District, announces that Lakes Michigan, Huron, St. Clair and Erie set new monthly mean water level records for May 2020. These water level records were previously set in 1986 on Lakes Michigan and Huron and just last year in 2019 on Lakes St. Clair and Erie. As we enter the summer months, all of the lakes are either in their period of seasonal rise or are reaching their peak, except Lake Ontario, which will likely begin its seasonal decline this month. Although most of the month was dry, the middle of May brought heavy rainfall to some areas of the basin, resulting in a wetter than average month for the Michigan-Huron and Erie basins. In the coming months, water levels are projected to continue to be near or above record high water levels on all of the lakes, except Lake Ontario. Significant erosion and flooding continues in many locations as water levels remain extremely high.“
Investors in Africa are betting on the reality of climate change
More from Quartz: “The expectation is that as the input costs of renewable energy fall precipitously it will help make solar and wind energy more competitive in the open market. One way to do this is for policymakers “to create a credible expectation of long-term profits by committing to strong environmental standards and providing a long-term framework for eliminating fossil-fuel subsidies,” says Brookings. This should in turn encourage investors to take on the fixed costs of green investments. African investors are already thinking seriously about this, both in terms of assessing risk through a climate lens but also in terms of investable opportunities, according to a survey by AVCA, the African private equity trade body. This makes sense considering Africa is often cited as the most vulnerable continent to the fast-evolving impact of global climate change.  We’re already seeing high-profile challenges in places including Cape Town’s water shortages and floods in several African cities.”