More Record Heat This Week – National Weather Outlook For Monday, May The 4th, 2020 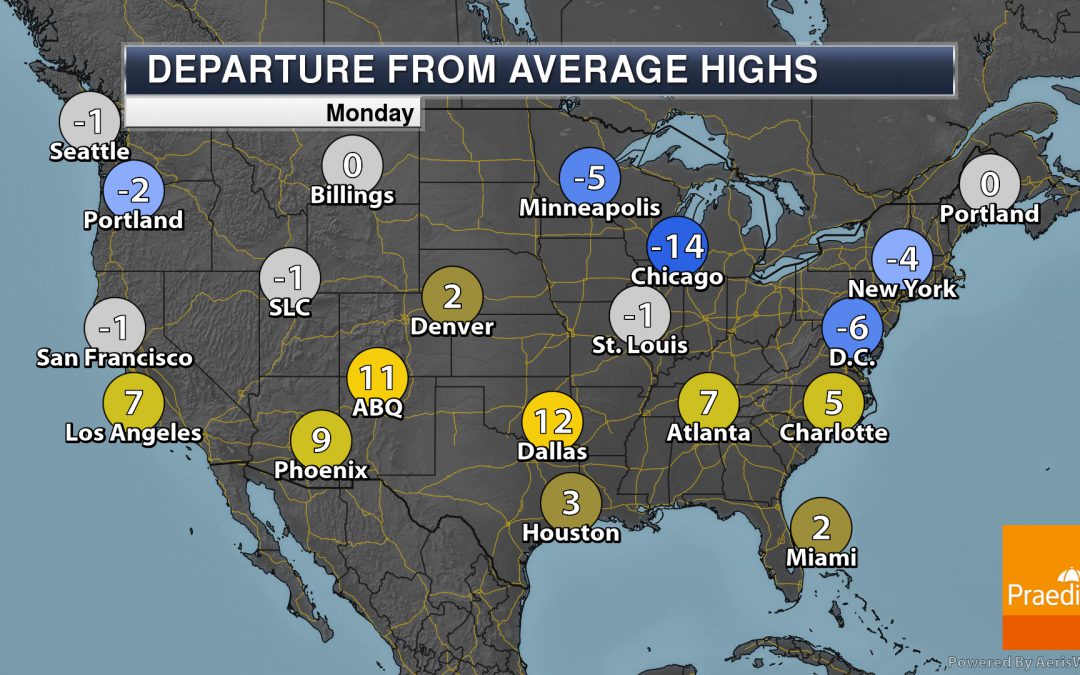 National Weather Forecast For May The Fourth 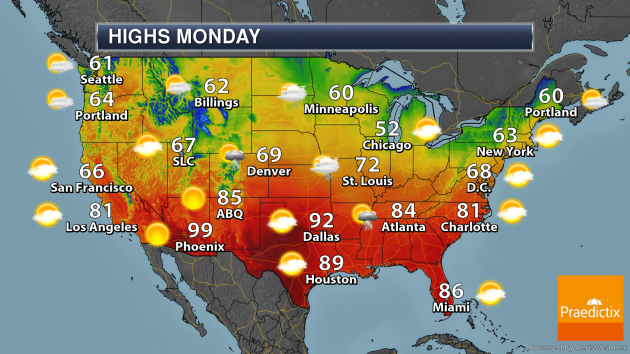 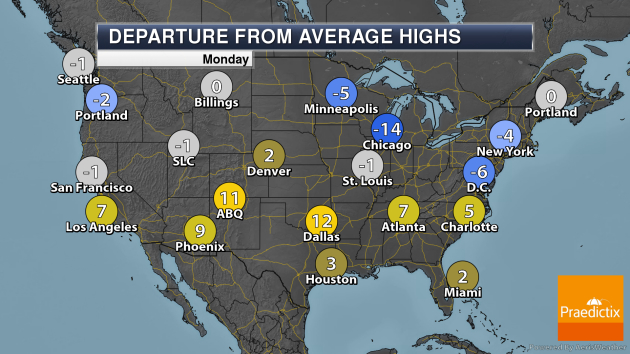 On Monday, a frontal system with an area of low pressure will move from the Texas Panhandle into the Tennessee Valley, bringing the threat of showers and thunderstorms with it. Another area of low pressure in the upper Midwest will bring showers and even a few snowflakes as we go into the overnight hours. A system pushing out of New England will bring some rain showers, and another system moving toward the Pacific Northwest will bring the chance of rain and higher elevation snow. A few record highs will be possible across portions of Texas, including Wichita Falls and Midland. 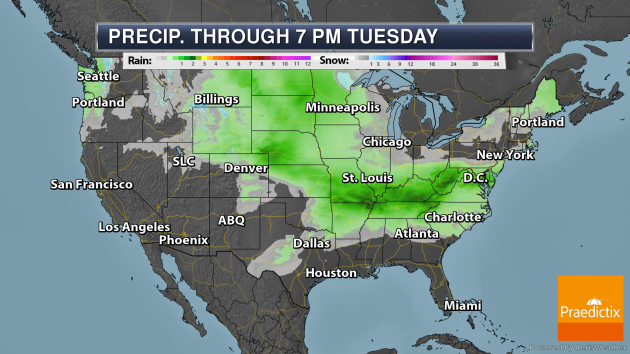 Some of the heaviest rain through Tuesday evening will fall across portions of the mid-Mississippi Valley eastward toward West Virginia, where 1-3″ of rain could fall. In some of the western mountains, between 6-12″ of snow could fall in some locations, with up to an inch possible in portions of northern Minnesota. 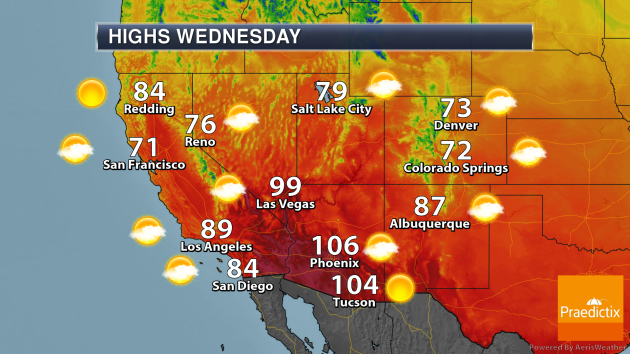 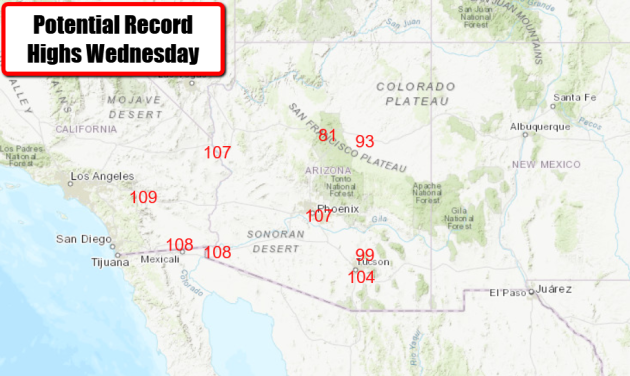 Now we go from snow to heat, as more record highs are expected by the middle of the week in the Southwest. Areas like Phoenix, Tucson, and Palm Springs could see record highs on Wednesday. 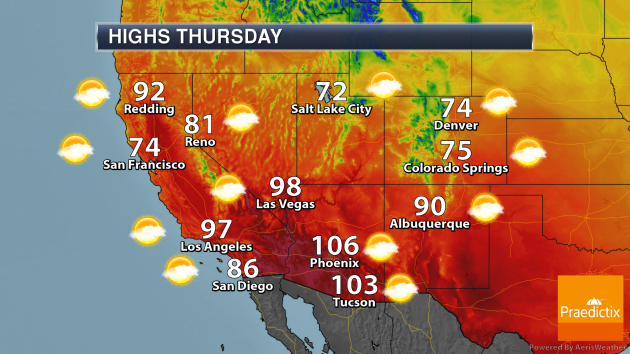 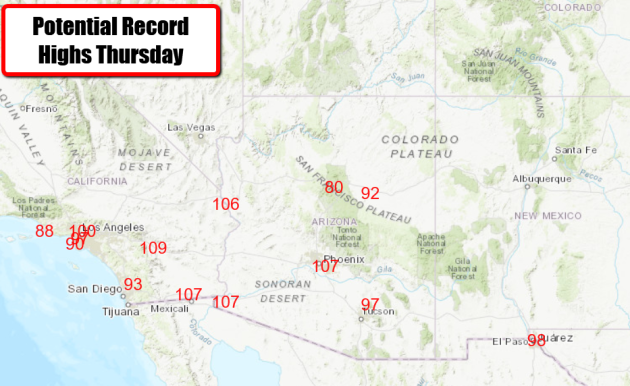 More record highs will be possible Thursday from Los Angeles to Yuma, Phoenix, and El Paso.

Severe weather outlook for May features a backloaded tornado season

More from the Capital Weather Gang: “Early May is expected to be less active compared to average. Severe thunderstorms still will develop in some areas — especially over the eastern Plains and Mississippi Valley — but the odds of widespread severe thunderstorm or tornado activity over the central and southern Plains look to be lower than during an average start to May. … A ramp-up in storm activity could be on its way around May 15 to 22, with a number of features aligning to boost potential tornado and severe thunderstorm chances late in the month. Early indications suggest near-average or above-average storm potential over the southern and central Plains during this time frame, bleeding into the High Plains by the end of May and into June.”

More from the Los Angeles Times: “Expanding and intensifying drought in Northern California portends an early start to the wildfire season, and the National Interagency Fire Center is predicting above-normal potential for large wildfires by midsummer. Mountain snowpack has been below average across the High Sierra, southern Cascades and the Great Basin, and the agency warns that these areas need to be monitored closely as fuels continue to dry out. The agency also cites a warm, dry pattern in Oregon and central and eastern Washington, and assigns all of these areas a higher-than-average likelihood of wildfires in July.”

More from Business Insider: “According to research from the World Health Organization, and other institutions, the threat of climate change could make outbreaks even worse in the coming decades. Researchers fear that as temperatures continue to rise, infectious-disease carrying animals could adapt to more widespread climates, pathogens could become stronger at surviving in hotter temperatures, and the human immune system could face greater difficulty in battling illness.”