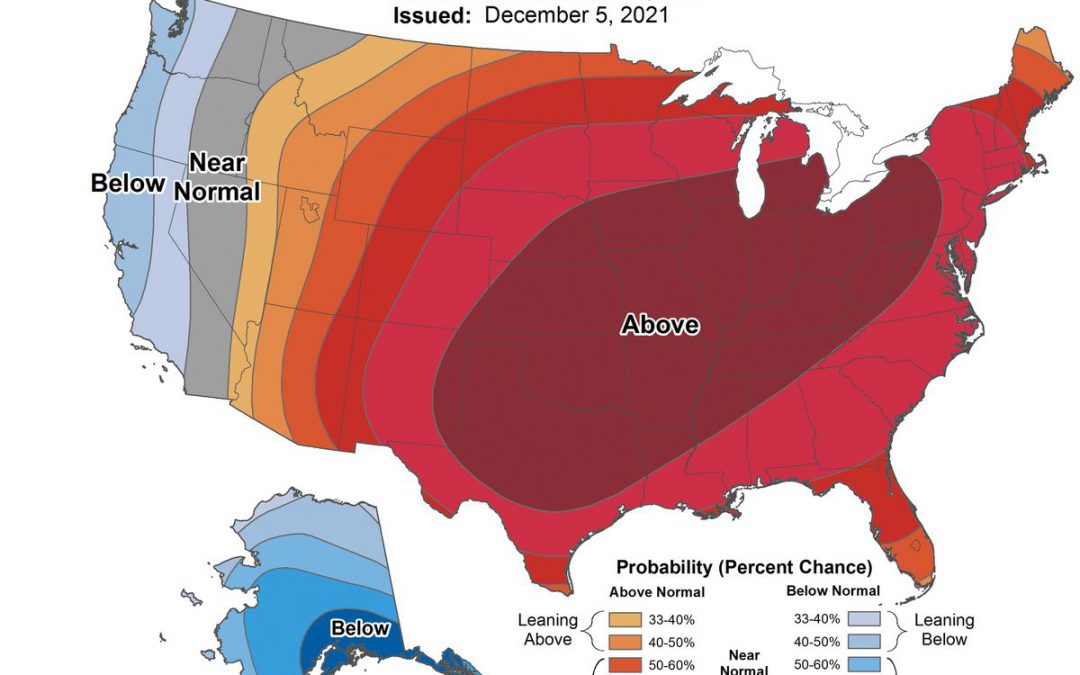 Quite a disconnect: waking up to a windchill of -13F Monday morning with whitecaps on area lakes. Huh? Our on-again, off-again winter is on again. This week will be a subtle (yet blunt) reminder that a mild autumn (4th warmest) doesn’t automatically imply an easy winter to come.

A weak system will squeeze out up to an inch of snow today. Remember, cold storms with trivial amounts of snow are more problematic on highways than 4” at 32 degrees. Take it easy out there today. Skies clear tomorrow with a shot at 40F Thursday, before another snowy encounter Friday into Saturday morning. A storm forecast to track from Denver to Madison may push a band of heavier snow into much of southern Minnesota by late week. It’s too early to be tossing inch-amounts around, but suffice to say plowable amounts are possible, with the best chance of a (big) pile of white south/east of MSP.

Pacific air returns next week, and depending on how fast snow melts, we could see a few days near 40F. Spasms of snow with a lingering mild bias overall.

Nuisance Coating Today. The cold storms (always) make me more nervous than precipitation falling close to 32F. The salt and chemicals used on highways aren’t nearly as effective at 15-20F, so even though snow amounts today will be minimal, roads may be icy.

Friday Snow Event – Temperatures Mellow Next Week. All models show more puffs of Pacific air returning next week with 30s, even a few days in the 40s (depending on rate of snowmelt and cloud cover from day to day).

A Definite Maybe. It’s still too early to be predicting snow down to the inch, but ECMWF (above) suggests potentially significant snow amounts over southern Minnesota and much of Wisconsin. It all depends on the final storm track. (note: your results may vary).

Pacific Domination. Brief spasms of cold air, but longer spells of milder, Pacific-moderated air. That’s was the story during the 4th warmest meteorological autumn on record, a trend which may reemerge by mid-December, if you believe GFS guidance.

This Year’s Hurricane Season Was The 4th Most Expensive on Record. Marketplace has details: “The 2021 hurricane season officially ended this week. It was the second year in a row that the number of named Atlantic storms exhausted the list of storm names, and the fourth most expensive hurricane season on record. As far as hurricanes go, 2021 will be most remembered for Ida, the storm that intensified quickly in the Gulf of Mexico and came ashore in Louisiana as a Category 4 — and not just because of the damage it did there, said Benjamin Strauss at the nonprofit Climate Central. “Ida also delivered all of this rainfall all the way up in Pennsylvania, through New Jersey and New York, that did so much damage,” Strauss said. The National Oceanic and Atmospheric Administration (NOAA) estimates that Ida did about $65 billion dollars in damage, making it the most expensive storm of the season…”

New Harvard Study Declares Winner Between Pfizer and Moderna Vaccines. TheHill has details: “A new study published in The New England Journal of Medicine claims that the Moderna COVID-19 vaccine is slightly more effective than the Pfizer inoculation. The study was conducted by researchers from the CAUSALab at the Harvard T.H. Chan School of Public Health, Harvard Medical School, the Brigham and Women’s Hospital along with the Veterans Administration was published online on Dec. 1. Researchers stressed that both the Moderna and Pfizer vaccines are highly effective at preventing symptomatic COVID-19 and that the difference in protection against the virus offered by each vaccine is tiny…”

Map/List of Best Holiday Lights. If you’re looking to take the kids (or grandparents) on a road trip to check out lights here is a great place to start!

Australia is the Drunkest Country in the World. Who knew? Here’s an excerpt from Vice.com: “…Mexicans, New Zealanders and Romanians ranked lowest in terms of how frequently they got drunk, according to the report. While Australians may have ranked as the world’s biggest binge drinkers, however, they weren’t as unhappy about their drinking habits as some. When researchers asked people to consider if they regretted getting drunk – or “wishing you had drunk less or not drunk at all” – Australia ranked ninth in the world. Irish, Polish and New Zealand respondents had the most regrets about getting drunk, while Denmark had the least. Overall, cis men were the least likely to regret getting drunk...”

28 F. high yesterday (midnight). Temperatures were in single digits most of the day.

December 7, 1982: Due to unseasonably mild temperatures during the preceding weeks, a farmer near St. Bonifacius is able to bail his 4th crop of alfalfa hay on this day.

December 7, 1927: A blizzard hits the Arrowhead region with heavy snows and 70 mph winds at Duluth.

2021: The Year in Climate. The Sierra Club has a good recap of a very forgettable year: “In the first weeks of 2021, extratropical cyclone Storm Filomena formed over the Atlantic Ocean and brought record-breaking blizzards and cold to the Iberian peninsula. Over 20 inches of snow fell, temperatures dipped to negative 11 degrees Fahrenheit, $1.6 billion in damages were recorded, and Madrid recorded its heaviest snowfall in 40 years. Just a month later, an historic deep freeze gripped the Texas plains. Much of the state dipped to 10 and 20 degrees below zero, and the icing-over of electrical infrastructure led to 5 million Texans losing power during the storm’s peak, many for days on end. Frozen pipes left more than 12 million in the state without access to water. The month after that, sandstorms ravaged Beijing’s air quality, turning the sky yellow and sun blue…”

A Rare Winter Wildfire is a Sign of Climate Change Lengthening Fire Season. NPR has an interview; here’s a clip from the transcript: “…RAGAR: An outlook published by the National Interagency Fire Center says more than 90% of the U.S. West is in drought, and a large swath of Montana faces above average fire potential for the rest of the month. Phil Higuera, a professor of fire ecology at the University of Montana, says climate change means late-season wildfires are becoming more frequent. PHIL HIGUERA: When we zoom out and we look across the West, one of the key statistics about our increasing fire activity is just this lengthening of the fire season. RAGAR: Research shows fire seasons are now at least two and a half months longer than they were in the 1970s...”

4 New Myths About Climate Change – And How to Debunk Them. Popular Science takes a deep dive into misinformation and industry-spin, including the myth that clean energy will hurt working-class people: “…It’s no secret that in the past, renewable energy was a far off and expensive alternative to fossil fuels. But today we know that isn’t the case: Solar and wind were the cheapest sources of energy in the world in 2020, and prices continue to drop. “Renewables present countries tied to coal with an economically attractive phase-out agenda that ensures they meet growing energy demand, while saving costs, adding jobs, boosting growth and meeting climate ambition,” Francesco La Camera, director-general of the International Renewable Energy Agency, said in June. Still, there are plenty of op-eds boldly stating that renewable energy policy will hurt the vulnerable—often to make the case for expanding fossil fuels...”

How Not to Melt Down Over Our Warming Planet. WIRED.com (paywall) has a post for people who are despairing about climate inaction; here’s an excerpt: “…Although Carter is “bewildered” by these disconnections and the ways in which society continues to work—and vote—against its own self-interest, she has not given up. Her grief and sadness have become catalysts for work at the West Virginia Climate Alliance. This trajectory is one Swedish psychology researcher Maria Ojala knows well. She has spent decades studying how young people engage over climate change and other environmental issues, and she is the lead author of the new report “Anxiety, Worry, and Grief in a Time of Environmental and Climate Crisis.” Negative emotions, the authors explain, can be “the wellspring of human action…”