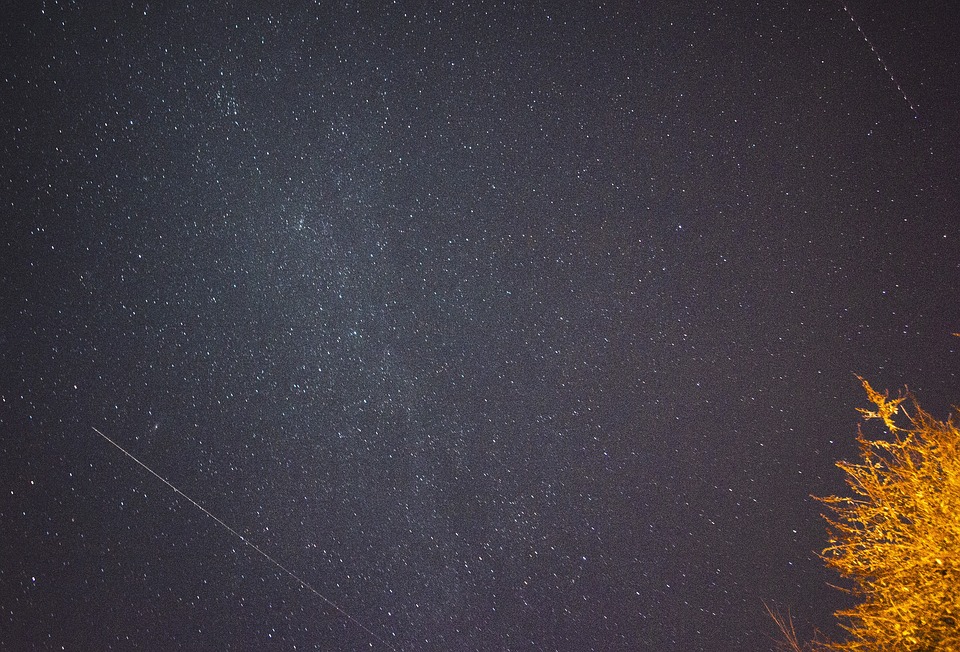 This year has already given us many impressive astronomical displays. Tonight, we can look forward to another: the Orionids. This meteor shower is a result of many bits of ‘space debris’ left behind from Halley’s Comet most recent visit in 1986. This famous comet leaves debris in its path that collides with the Earth’s atmosphere around this time each year as the planet passes through the comet’s orbit. Orionids are easily identified because of their speed. They tend to travel about 41 miles per second. Those hoping to capture a picture better be quick.

Viewing should be great this year. The waxing moon will set around 1:30 am, long before the peak viewing hours just before dawn Thursday morning. Around 5 am, Orion will be highest in the sky toward the south. Those watching the dark night sky could see between 10 and 20 meteors, or shooting stars, per hour!

Since Orionid meteors are quick moving and a bit faint, this meteor shower won’t be as spectacular as the Perseids we saw in August, but we can look forward to another great show in December, courtesy of the Geminids.

Bottom line: Viewing should be great tonight across much of the nation. The moon will set well before peak viewing time, so the sky will be very dark by the time the Orionids are visible. Look towards the southern horizon to see the meteors.

If your neighborhood is dealing with pesky rain or cloud cover, don’t worry! NASA is hosting a live stream of the meteor shower from the Marshall Space Flight Center in Huntsville, AL starting at 10 pm ET. You can watch by visiting: http://www.ustream.tv/channel/nasa-msfc.

If you happen to catch a shot, we’d love to see your pictures! Tweet us @AerisWeather.