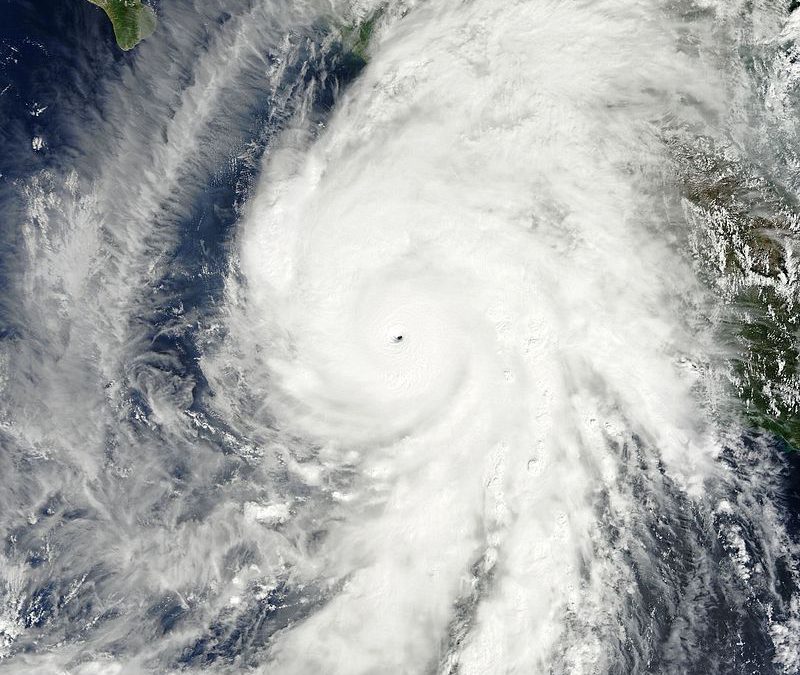 Overnight, Hurricane Patricia became the strongest hurricane on record (using only the area where these storms are called “hurricanes” – we’ll have more on the records in a moment). As of 5 AM ET, the National Hurricane Center reported that the system had winds of 200 mph and a minimum central pressure of 880mb – and stayed at the same strength for the 11 AM ET update. The Hurricane Center is still forecasting a landfall later today along the southwest Mexico coastline later today and could cause catastrophic damage.

We can not stress enough that this is going to be a very dangerous storm. Over a 24 hour period, the pressure of Patricia dropped 100 mb – and in a 12 hour period, it dropped 73 mb! That is a big sign of the rapid intensification that the storm has gone under with ~90 degree waters in the region of the storm and other favorable environmental conditions.

The National Hurricane Center is expecting a landfall later today in the Mexican state of Jalisco, which includes the cities of Puerto Vallarta and Guadalajara. Right now it would appear the eye will make landfall just northwest of Manzanillo, near La Foruna, later this afternoon as a very strong category five storm. Hurricane Warnings are in effect from San Blas to Punta San Telmo. Wherever this storm tracks will see very heavy rainfall and the potential of flooding as well as destructive winds. High surf and storm surge will be an issue along the coast as well.

This will be a dangerous storm as it makes landfall, and not a storm to take lightly. Here are some key messages from the NHC about this storm. Conditions will deteriorate quickly across the impacted area over the next few hours as Patricia approaches the coast.

If we go by wind speed, we would have the strongest tropical cyclone ever recorded in history, bypassing Super Typhoon Haiyan back in 2013 which peaked out at 195 mph. That storm went on to hit the Philippines. The storm with the greatest wind speed ever in the Eastern Pacific was Hurricane Linda with 185 mph winds back in 1997. In the Western Hemisphere, the tropical cyclone with the highest wind ever was Hurricane Allen of 1980, which had peak winds of 190 mph.

If we went by lowest central pressure, however, this storm is not the strongest on record. That belongs to Typhoon Tip back in 1979, which had the pressure bottom out at 870 mb. However, this is the strongest storm ever recorded in the Eastern Pacific (previous: 902 mb reached by Hurricane Linda back in 1997) and in the Western Hemisphere (previous: 882 mb by Hurricane Wilma back in 2005). 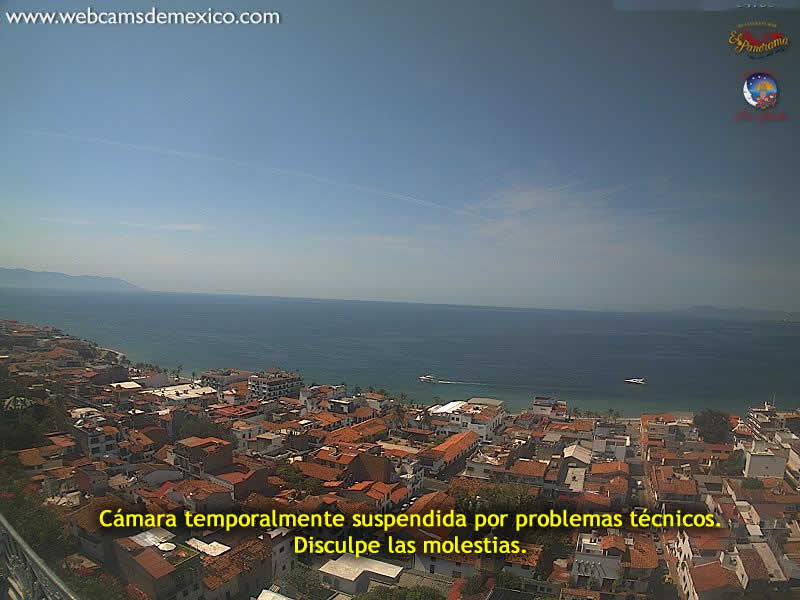 Above is a constantly updating webcam from Puerto Vallarta, courtesy of Webcams de Mexico, that you can watch as Hurricane Patricia approaches the area. You can view this, and other Mexico webcams, at any time by clicking here. They have another Puerto Vallarta webcam on their website. Of course, there’s the potential this webcam will go down as the storm approaches.