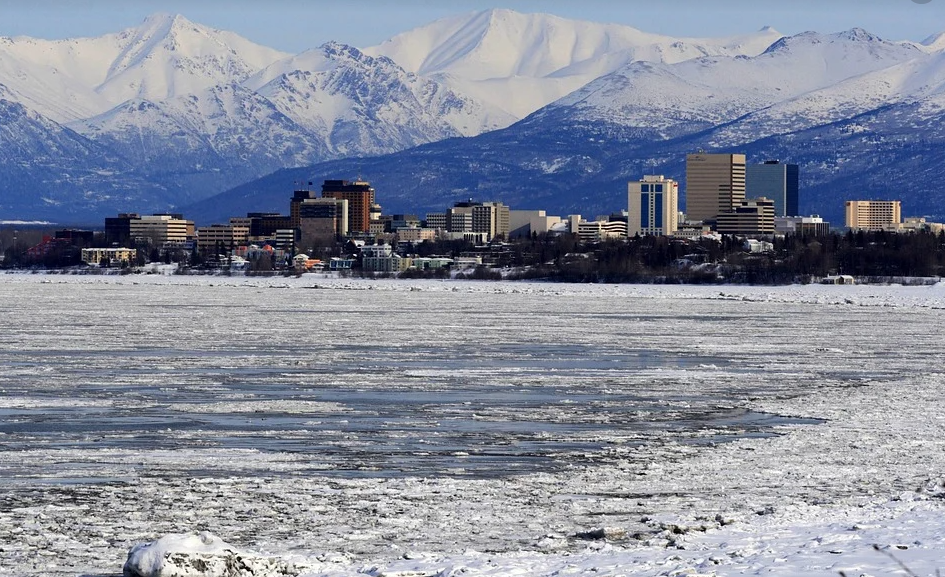 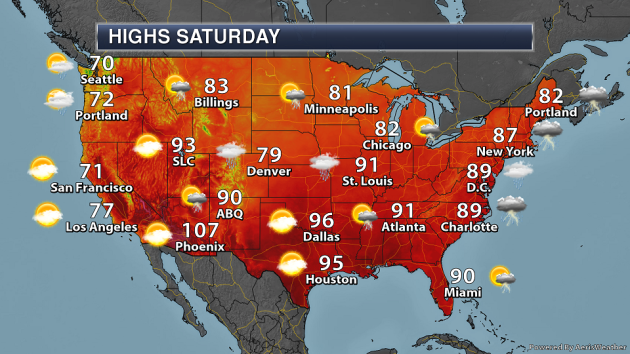 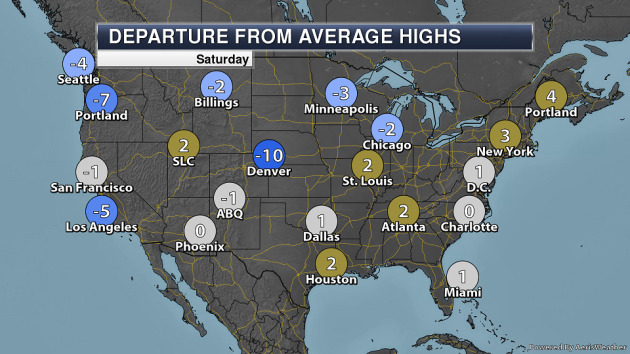 On Saturday, a frontal boundary positioned from the Northeast to the Central Plains and into the Northern Rockies will help spark off showers and storms. Some of the storms in the Northeast and Northern Rockies/High Plains could be on the strong side. Afternoon showers and storms will also be possible in the Southeast due to the heating of the day. In the Pacific Northwest, a few rain showers will be possible as a cold front approaches the coast. 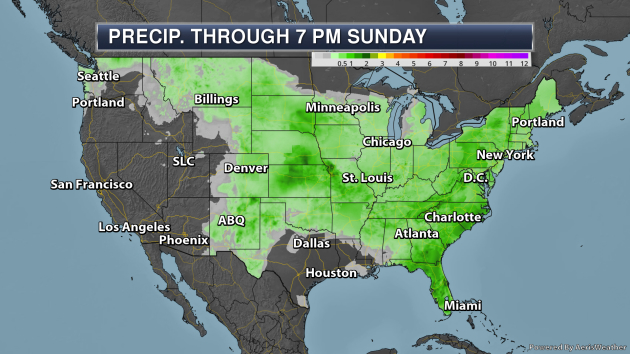 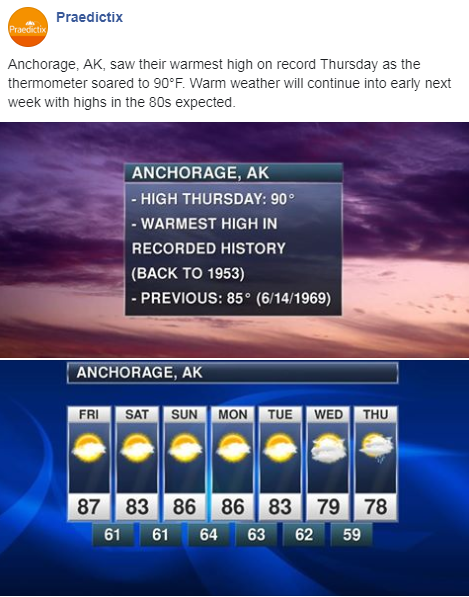 _______________________________________________
Barges sucked through levee breach, float a mile inland
More from Farm Week Now: “Six barges drifted a mile across Alexander County farmland from the Mississippi River and damaged a road and irrigation pivot. Late Tuesday or early Wednesday, swift current pulled a barge tow through a breach in the Len Small Levee near Miller City, and six barges broke free. Alexander County Engineer Jeff Denny said he doesn’t know what the next steps would be. “This is definitely a new one,” Denny said. Previously two other tows were pulled into the breach, but the tow boats were able to move back into the river, Denny said.“
Planting a trillion trees could be the “most effective solution” to climate change, study says
More from CBS News: “If a tree falls in a forest, will replanting it help curb global warming? Scientists say planting a trillion trees globally could be the single most effective way to fight climate change. According to a new study in the journal Science, planting billions of trees around the world would be the cheapest and most effective way to tackle the climate crisis. Since trees absorb carbon dioxide, which contributes to global warming, a worldwide planting initiative could remove a substantial portion of heat-trapping emissions from the atmosphere. The researchers say a program at this scale could remove about two-thirds of the carbon dioxide (CO2) emissions caused by human activities since the start of the industrial revolution, or nearly 25% of the CO2 in the atmosphere.“
How to Keep Your Home Cool Without Wrecking the Planet
More from Earther: “Keeping cool don’t come cheap—not for your pocket and definitely not for the planet. That doesn’t have to be the case, though. This summer can be your moment to flex your green muscle. You don’t have to rely solely on your air conditioner to keep cool—and you shouldn’t. A report last year found that use of these devices may increase our planet’s temperature by more than a half degree Celsius by end of the century. Who wants to be a part of that? The options for home-cooling in a more environmental-friendly fashion really vary depending on your housing situation and budget, but options exist for everyone. Some may decide to simply switch out their power strips, while others may choose to completely retrofit their home. Either way, these changes won’t only benefit the planet—they’ll benefit your wallet, too.“