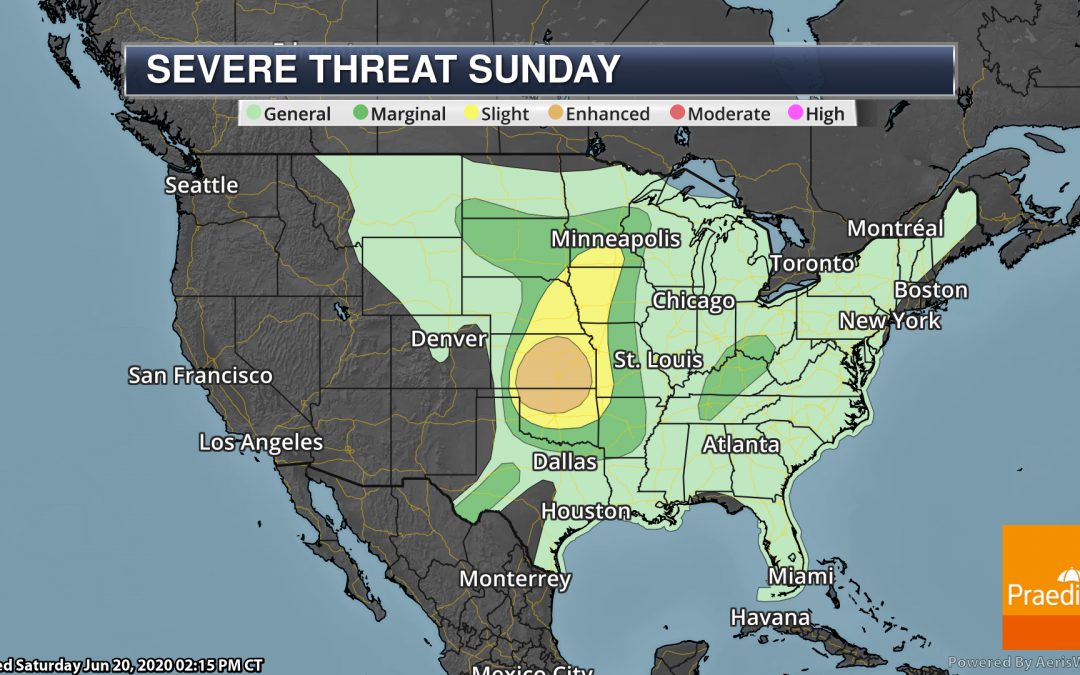 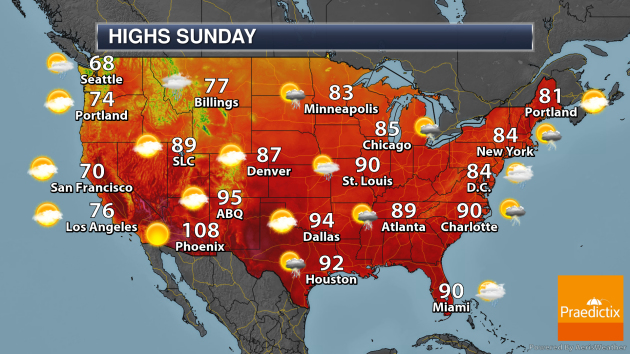 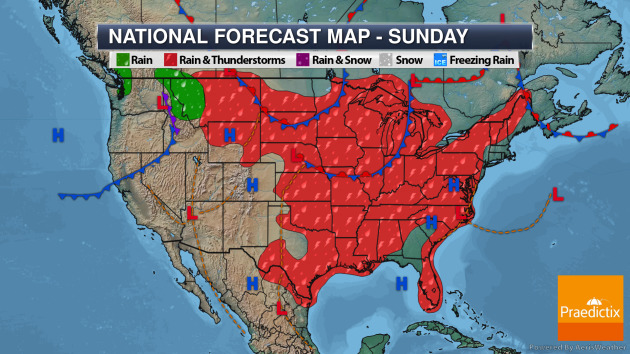 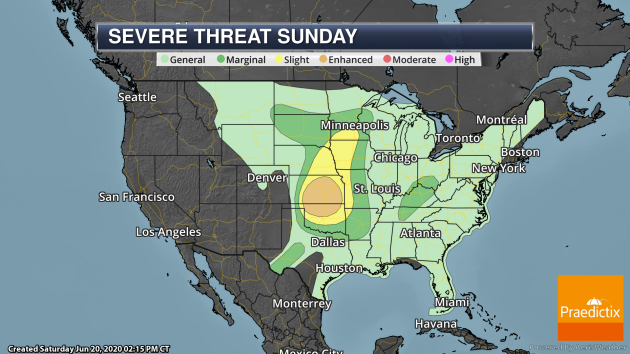 It is across portions of Kansas and Oklahoma where an Enhanced risk (level 3 of 5) of severe weather is in place. We’ll be watching the potential for large hail, damaging winds, and maybe a few tornadoes. 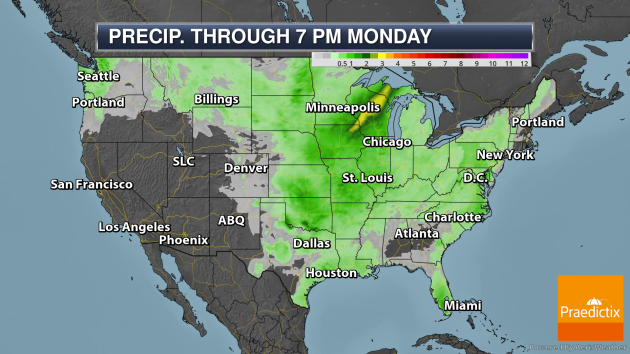 Through Monday evening, the heaviest rain will fall across portions of the Plains to the western Great Lakes, where rainfall totals of up to 3″ will be possible. 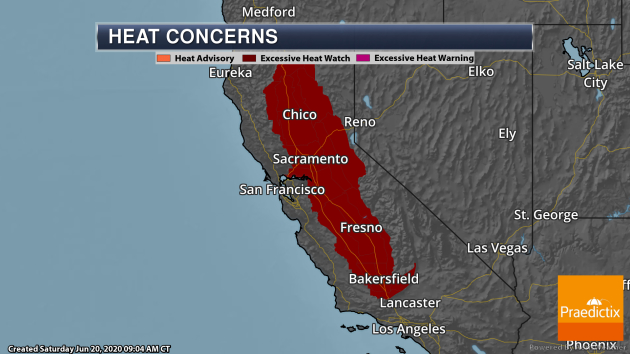 As we head into the work week, heat is expected to build for areas like the Sacramento and San Joaquin Valleys. Excessive Heat Watches have been issued from Monday through Friday. Below is a look at highs for Monday across the region. 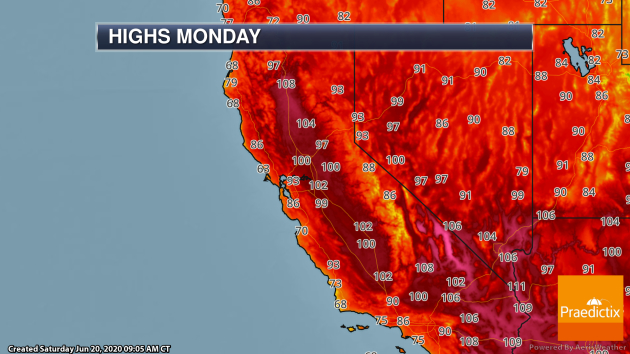 The ‘ring of fire’ solar eclipse of 2020 occurs Sunday. Here’s how to watch online.

More from Live Science: “A “ring of fire” solar eclipse will briefly appear in parts of Africa and Asia this weekend, and if you aren’t out there in person, you can take in the spectacular show online. Sunday’s solar eclipse is what is known as an annular eclipse, in which the moon does not completely cover the sun as it passes between the star and Earth as seen from our planet. Instead, a ring of sunlight will still shine around the outer edge, hence its nickname: a “ring of fire” eclipse. The time of maximum eclipse, when that “ring of fire” event happens, will be at 2:40 a.m. EDT (0640 GMT) Sunday, June 21, when the moon crosses into the center of the sphere of the sun, from Earth’s perspective.”

Torrential rains in China cause $2.9 billion in damage, leave 63 dead or missing

More from Yale Climate Connections: “Torrential June downpours inundating southeast China have triggered destructive floods, leaving 63 people dead or missing and causing at least $2.9 billion in damage, according to the China Ministry of Emergency Management. The floods have destroyed 7,300 homes, damaged another 138,000, and forced evacuations of nearly 500,000 people. According to statistics from insurance broker Aon, the damage tally from flooding in China at this point in the month ranks as Earth’s third-most-expensive weather disaster of 2020, behind the $15 billion price tag of Cyclone Amphan (India/Bangladesh) and the $3.1 billion cost of an April severe weather outbreak in the U.S. So far for 2020, Aon has tallied 15 billion-dollar weather disasters worldwide, a very high number so early in the calendar year. Ten of these disasters have been severe weather outbreaks in the U.S.”

More from The Guardian: “The rapidly accelerating climate crisis threatens the future of major sports events around the world, according to a report that also says the global sporting industry is failing to tackle its own emissions. The study found that in the coming years nearly all sports – from cricket to American football, tennis to athletics, surfing to golf – will face serious disruption from heatwaves, fires, floods and rising sea levels. It also estimated that globally, sports’ own carbon emissions are equal to that of a medium-sized country, adding that sport administrators and stars had an important role to play in global efforts to tackle climate breakdown.”