Skiing In Colorado For The Fourth Of July – Monday’s National Weather Outlook For July 1st, 2019 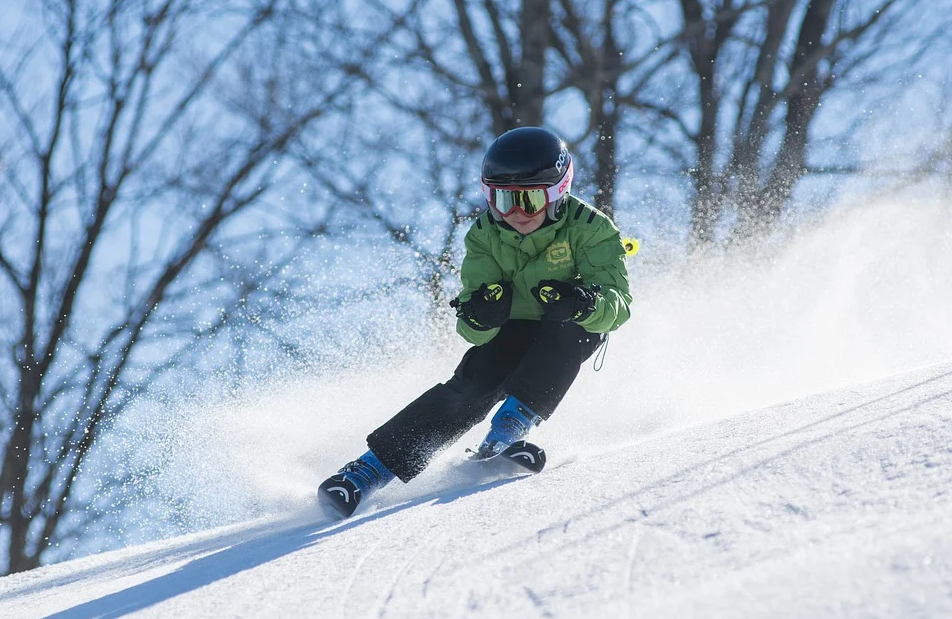 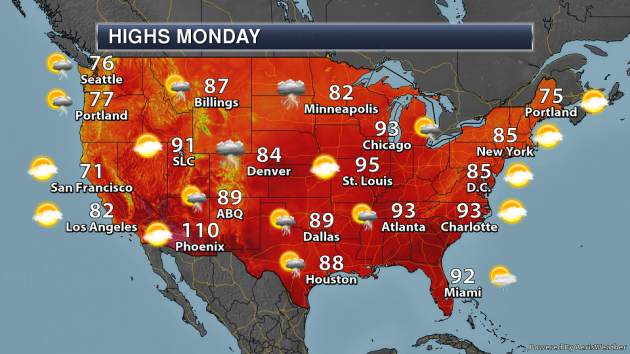 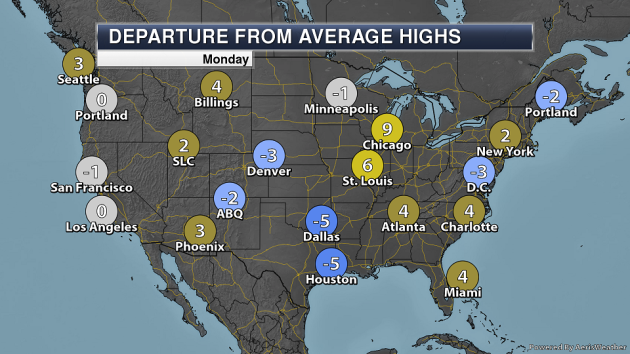 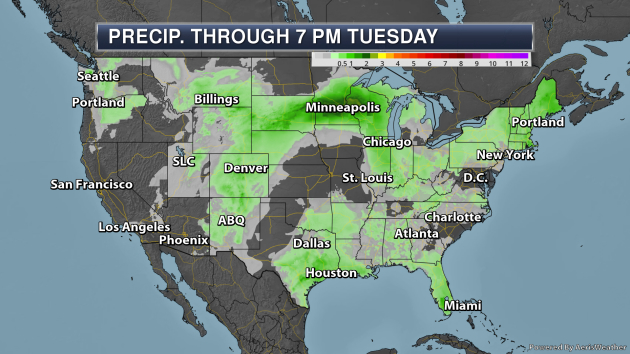 Some of the heaviest rain through 7 PM Tuesday will fall across the upper Midwest, where rainfall totals of at least 1-2″ will be possible.

Forget Fireworks. Colorado Skiing Is Open for Fourth of July

More from Bloomberg: “Skiing in the summer? Thanks to late season snow that’s still blanketing parts of the U.S. Rocky Mountains, you can skip the fireworks and instead hit the slopes this Fourth of July. Colorado’s Arapahoe Basin Ski Area, about 40 miles outside of Vail, will be open for skiing during Independence Day for the first time since 2011, according to Peggy Hiller, vice president of operations. Snow bunnies can expect to see as many as six runs open, with blanket base currently at 37 inches (94 centimeters).”

More from Time: “In early June, representatives from 193 states and territories gathered in Geneva, as they do every four years, for the congress of the World Meteorological Organization (WMO), a specialized agency of the U.N. They were there to affirm the long-standing terms of this collaboration and work out new ones. In the era of Trump and Brexit, cloud computing and climate extremes, the stakes for the weather forecast have never been higher. Our ability to see the future of the atmosphere now depends less on the day-to-day insights of any human and more on the year-by-year advancements in computer simulations. These weather models run on supercomputers operated by the elite of the world’s government weather offices, but they serve everyone. “One of the great strengths of the WMO is that we work together as a community to bring the whole community along,” says Sue Barrell, former vice president of the WMO Commission for Basic Systems and the recently retired chief scientist of Australia’s Bureau of Meteorology. “That’s how come we’ve got to the global modeling state that we have now.””

More from Wired: “Politicians in Washington are fond of ripping into Facebook for its privacy practices. The latest round of excoriation came last week after the company revealed its ambitious plan to create a worldwide cryptocurrency called Libra. “Facebook is already too big and too powerful,” tweeted US senator Sherrod Brown (D-Ohio), “and it has used that power to exploit users’ data without protecting their privacy.” Senator Josh Hawley (R-Missouri) told Yahoo Finance that he wouldn’t trust Facebook with his money. “I don’t trust Facebook with anything,” he said. Just one problem: Despite their professed concerns with Facebook, both senators’ campaign websites have an invisible piece of Facebook technology, called a pixel, that tracks when anyone visits their homepages and shares this information with Facebook. Hawley’s website even shares when visitors donate and the exact donation amount. Facebook can then associate that information with an individual’s Facebook account.”

Adapting to Climate Change in Alaska

More from Scientific American: “Places close to our poles are getting hotter quicker. Temperature increases in the north have doubled the global average since the mid-20th century. As a young scientist pursuing my PhD, I thought that understanding the ways in which the old-growth forests of southeast Alaska were changing, and how people were coping with those changes, could provide insight into how people might respond to climate change in other parts of the world… I did, in fact, make scientific discoveries from my research in Alaska. From thousands of plant measurements, I found forests flourishing again in the wake of the dead and dying yellow cedar, a species impacted by climate change. From hours of interviews with Alaskans who value this tree, I found a community of people developing new relationships with the emerging environment.”