Snowstorm For The Chicago Area – National Weather Outlook For January 30, 2021 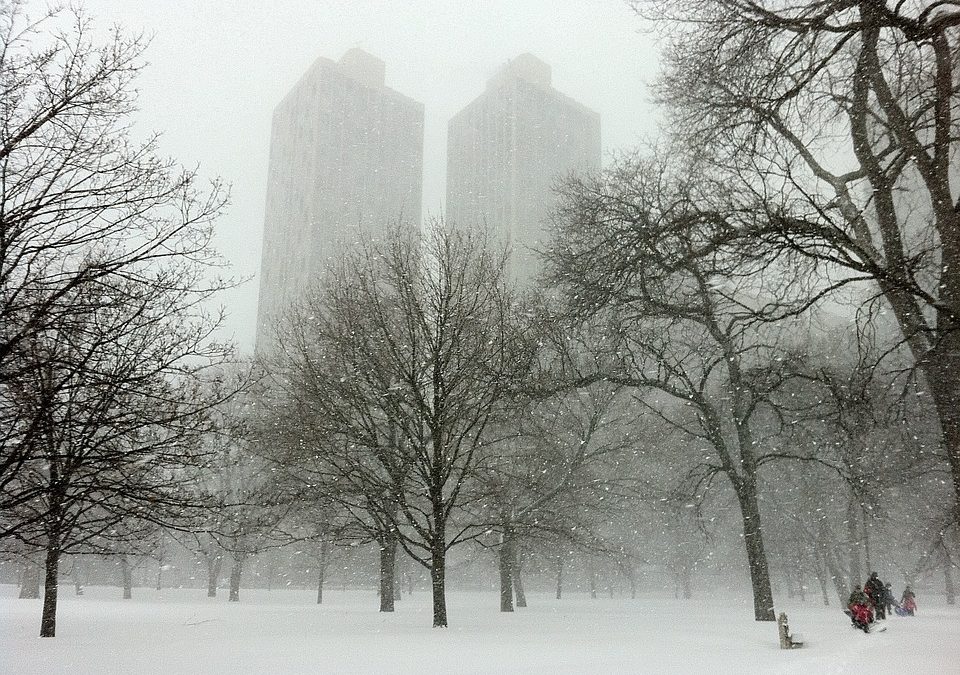 The system that has been impacting the western United States with heavy rain and snow will be moving into the mid-section of the country on Saturday, bringing the threat of heavy snow and ice to the Great Lakes and Ohio Valley with storms possible in the central and southern Plains. A weakening system approaching the Pacific Northwest will bring rain and snow.

While we could see a foot or two of snow in some of the mountains out west, the main story through Sunday will be a band of at least 4-9” of snow from eastern Iowa into portions of the Ohio River Valley, including Milwaukee and Chicago. There is more on this upcoming storm – and its potential impacts on the Northeast later this weekend into next week – below.

Weekend Winter Storm. As the system that has been impacting the western United States with heavy rain and snow moves east into the weekend, we are expecting a heavy band of snow to form later Saturday across portions of the upper Midwest, continuing across the region into portions of the Ohio River Valley Saturday Night into Sunday. Snowfall rates of 1-2” per hour will be possible, with some lake enhancement at times.

Expected Snow Totals. A band of at least 4-9” of snow is expected to fall through the weekend from portions of eastern Iowa into northern Ohio. This is expected to be a heavy, wet snow, making it hard to remove after it falls. Strong winds could help exacerbate impacts, even though it is expected to be a wet snow. Travel is likely to be impacted across the region.

Northeast Storm Potential. Eventually a secondary low will form with this system across the eastern Carolinas, deepening near or offshore the Mid-Atlantic/Northeast coast late this weekend into early next week. There is still model uncertainty as to how much snow could fall in portions of the Mid-Atlantic and Northeast later this weekend into early next week, but the potential for heavy snow does exist across the region. We will continue to update you on this storm over the next few days.

More from The Guardian: “The race to host the 2032 summer Olympics looks set to be one of the most fiercely contested in history. So when the Lapland town of Salla announced its intention to vie with Jakarta, Istanbul and Seoul‑Pyongyang, it was competing against the odds. But the “coldest town in the world” had a secret weapon up its sleeve. “I’ve never felt warmth before, but I’m sure it’s coming,” said one resident in a promotional video released this week to launch the candidacy. “In 12 years the ice will be gone and this will be a perfect lake,” said another. “I can’t wait for the snow to melt,” said a third, wielding a surfboard. While other cities might have the infrastructure, Salla has the climate crisis.”

More from CarbonBrief: “Solar panels floating on the lakes formed by Africa’s hydropower dams could be a major new source of power, according to a new study. If these panels covered just 1% of reservoirs, this alone could double African hydropower capacity and increase electricity generation from dams by 50%. Hydro dams are the largest renewable power source in a continent where millions of people still lack access to electricity. However, their future potential could be hampered by climate change. In a new paper published in Renewable Energy, researchers lay out the possibility of using floating solar panels installed on lakes to boost the generating capacity of existing dams.”

More from CNBC: “General Motors wants to end production of all diesel- and gasoline-powered cars, trucks and SUVs by 2035 and shift its entire new fleet to electric vehicles as part of a broader plan to become carbon neutral by 2040, the company said Thursday. The company plans to use 100% renewable energy to power its U.S. facilities by 2030 and global facilities by 2035 — five years ahead of a previously announced goal.”