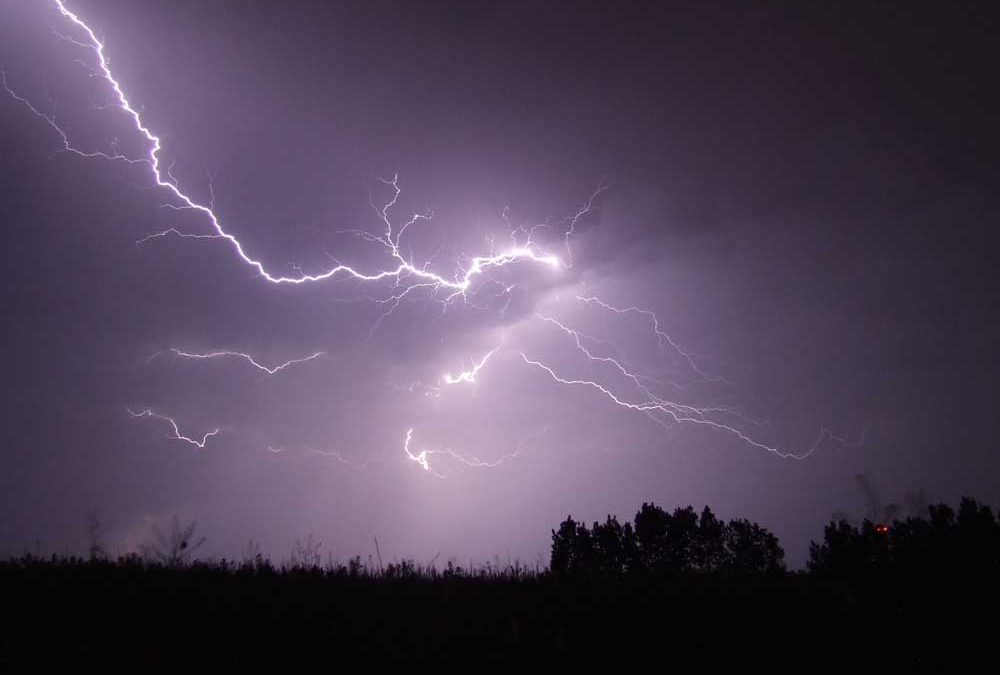 On Saturday, an area of low pressure working into the Northeast will produce heavy showers and thunderstorms and potentially damaging winds as well. A front extending southwestward from that low will continue to produce storm chances back into the central United States.

The heaviest rain through Sunday will fall from the central U.S. through the Ohio River Valley and into the Northeast, where rainfall totals of at least 2-4” are possible.

More from Axios: “At least 69 people have died and 1,300 are assumed missing in Germany and Belgium after heavy rainfall caused water to overtake streets, sweeping up cars and bringing down buildings, the New York Times reports. Driving the news: Storms across parts of western Europe caused rivers and reservoirs to burst through their banks, triggering flash floods overnight. At least 30 people died in North Rhine-Westphalia, Germany’s most populous state, while 28 deaths were reported in Rhineland-Palatinate state, per AP. Belgian media reported at least 11 deaths in the country.”

More from CBS News: “The Biden administration moved Thursday to reverse a Trump-imposed policy that opened major areas of the U.S.’ largest national forest, the Tongass National Forest in Alaska, to logging and road development. The U.S. Department of Agriculture also said it intends to end large-scale old growth timber sales in the area. The forest was originally protected by the 2001 Roadless Rule, which bans logging and road development in certain parts of the country. But in his final months in office, Trump exempted the forest from the rule. In a Thursday notice, the White House said the administration would look to “repeal or replace” that exemption.”

More from the New York Times: “Extreme heat causes many times more workplace injuries than official records capture, and those injuries are concentrated among the poorest workers, new research suggests, the latest evidence of how climate change worsens inequality. Hotter days don’t just mean more cases of heat stroke, but also injuries from falling, being struck by vehicles or mishandling machinery, the data show, leading to an additional 20,000 workplace injuries each year in California alone. The data suggest that heat increases workplace injuries by making it harder to concentrate.”