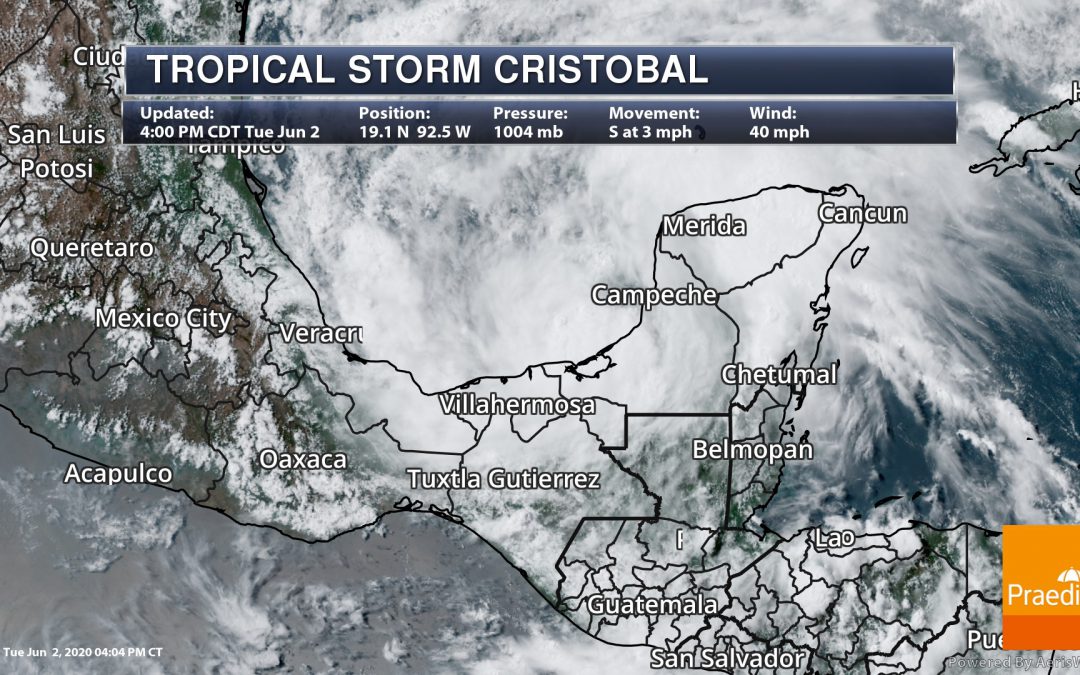 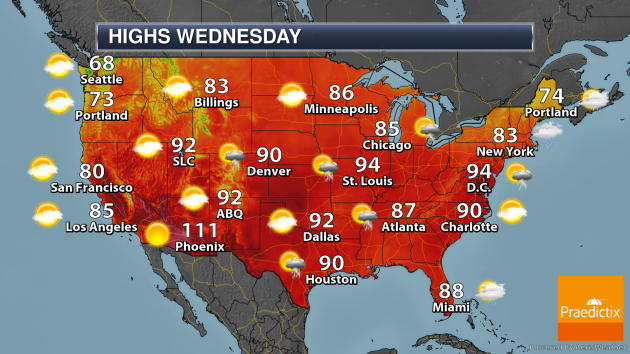 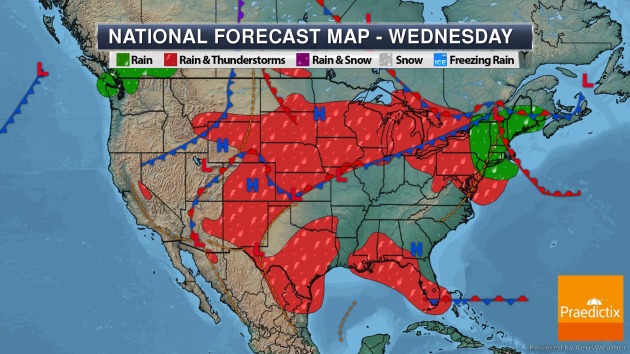 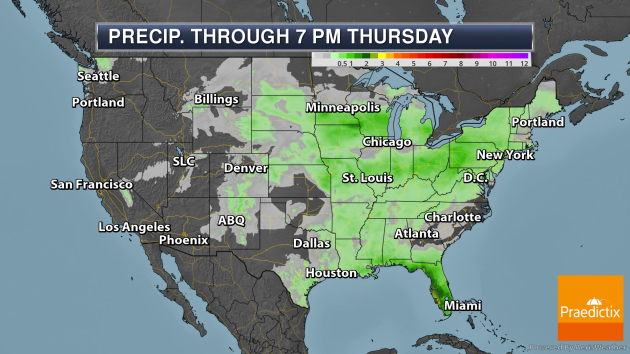 The heaviest rain through Thursday evening will be along the Florida Gulf Coast, where tallies of 2-3″+ will be possible. 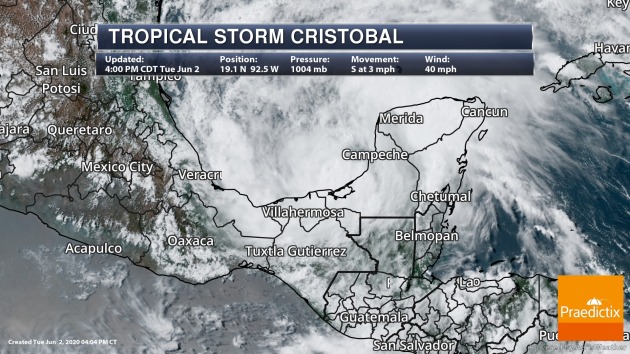 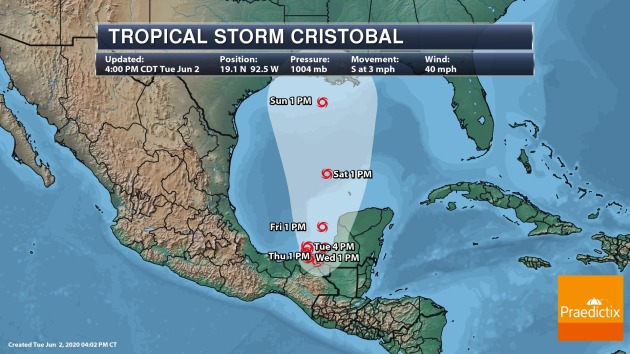 Tropical Depression Three strengthened into Tropical Storm Cristobal Tuesday, slowly moving south in the Bay of Campeche. This system will continue to creep toward the Mexican border through the middle of the week, potentially making landfall and weakening into a depression before starting to move northward once again late in the week. It’ll continue to move north through the Gulf of Mexico this weekend and is likely to make landfall somewhere along the Gulf Coast either late this weekend or early next week.

Warmer temperatures slow COVID-19 transmission, but not by much

More from Science Daily: “It is well known that rates of transmission of some respiratory viruses, including influenza, tend to fall during the summer months. As COVID-19 has spread across the globe, questions have been raised about whether warming temperatures, humidity and UV index might slow, or even halt, the spread of SARS-CoV-2, the virus that causes COVID-19. These effects on virus transmission will be important to understand as warmer months ease in and states across the country consider and implement reopening plans. To answer these questions, researchers at Mount Auburn Hospital looked at the impact of temperature, precipitation, and UV index on COVID-19 case rates in the United States during the spring months of 2020. Published in the journal Clinical Infectious Diseases, the findings reveal that while the rate of COVID-19 incidence does decrease with warmer temperatures up until 52 degrees F, further warmer temperatures do not decrease disease transmission significantly. A higher UV index also assists in slowing the growth rate of new cases, but the overall impact remains modest. Precipitation patterns did not appear to have any effect on virus transmission.”

More from NOAA: “Smoke emitted from wildfires and agricultural burning constitutes one of the largest sources of aerosol particles to Earth’s atmosphere. However, little is known about the importance of smoke on the climate system after it dissipates into remote areas of the planet.  A NOAA study published in Nature Geosciences takes a new look at this faint, old smoke and finds that it is just as important an influence on the climate as the thick plumes produced by active fires. The study, led by two CIRES researchers working for NOAA’s Chemical Sciences Laboratory, draws on data from NASA’s groundbreaking Atmospheric Tomography Mission (ATom), which sent NASA’s DC-8, packed with the state-of-the-art instrumentation, on four pole-to-pole flights over the middle of the Atlantic and Pacific oceans to search for short-lived pollutants in the most far-flung and unstudied parts of the atmosphere.”

More from Inside Climate News: “New research showing how global warming intensifies extreme rainfall at the regional level could help communities better prepare for storms that in the decades ahead threaten to swamp cities and farms. The likelihood of intense storms is rising rapidly in North America, and the study, published Monday in the Proceedings of the National Academy of Sciences, projects big increases in such deluges. “The longer you have the warming, the stronger the signal gets, and the more you can separate it from random natural variability,” said co-author Megan Kirchmeier-Young, a climate scientist with Environment Canada.”